On February 22, 2021, the music duo Daft Punk publicly announced that they’d broken up. What was most surprising about the announcement wasn’t the news that Daft Punk is over, but that people still act as if things can end in such a traditional way. Whether through technical means (CGI, deepfakes) or the never-ending presence of social media, people, brands, and ideas never really end or go away anymore. The rapper Pop Smoke, who died more than a year ago, is still releasing and being featured on hit singles, while movie stars like Carrie Fisher and Chadwick Boseman continue to star in films, even after death. Every four years, a considerable portion of America refuses to accept that their preferred president’s tenure has actually ended. So when Daft Punk, a duo that was together for nearly three decades, claims that they’re ending, it’s hard not to view it as another PR stunt, to be followed by a new single in anticipation of an eventual reunion that will be flush with products and a tour.

Daft Punk was started in 1993 by Guy-Manuel de Homem-Christo and Thomas Bangalter after an earlier failed attempt to be an indie rock band. Over the course of their twenty-eight-year career they released four studio albums and numerous diamond- and platinum-certified singles. From making music videos with Spike Jonze to producing albums for Kanye West, the group always seemed to be near the core of pop music and culture. Perhaps the most impressive thing about them is how consistently popular and aesthetically relevant they were, even though the literal content of their music or aesthetic didn’t change much since 1999. Hits like “Around the World” and “One More Time” featured sample-based, repetitive catchlines that made them perfectly adaptable for various types of marketing. It was music that was made for music videos, made to be cut up and used in soundtracks and commercials, not the other way around.

But it was their signature aesthetic as much as their music that made Daft Punk who they are. Even people who are not familiar with their music will know their brand. Beginning in the 1990s, they began wearing black bags on their heads during interviews and live shows, affecting the look recently captured hostages or members of a domestic terrorist group. Supposedly they started wearing them out of shyness, but by the end of the decade (after cycling through a series of other styles of masks) the bags morphed into robotic helmets engineered and designed by the artist duo Alex and Martin. Despite its inherent corniness, the robot heads, and the accompanying mythology, became iconic. Eventually paired with costumes designed by Hedi Slimane, the outfits became as recognizable as the Rolling Stones’ lips-and-tongue logo.

They had their own signature Coca-Cola bottle (Daft Coke) and did collaborations with The Gap, Adidas, Lucasfilm, Disney, and Nickelodeon, to name just a few. A campaign for their own merchandise that began in 2015 featured grainy, retro ads for things like T-shirts and pins. The ads were so successful that they eventually began selling them as posters themselves, including at a store they opened in Los Angeles in 2017. Daft Punk was so heavily invested in marketing and corporate pairings that, on paper, they seemed more like a brand that occasionally released theme music.

Much of their aesthetic played off of a variety of macho electro themes dating from the 1970s, a time when rock operas and pornography played in theaters across the US, and Giorgio Moroder was releasing hit singles. In particular, Brian De Palma’s Phantom of the Paradise was said to have a huge influence on the group’s look. They did only two major tours over the course of twenty-eight years: in 1997 and 2007. For the latter, they performed inside a giant LED triangle. Although LED-lit stages had been popular in more niche DJ communities, Daft Punk were the first to bring the aesthetic to stadium audiences, a move that perfectly predated the emergence of America’s mainstream EDM boom of the early 2010s. In their final public performance at the 2014 Grammys, the group wore their signature helmets and let Pharrell Williams make their acceptance speech for them. The fact that they maintained the same strain of aesthetic relevance for so many years is perhaps more impressive than any award.

As we barrel into a future in which concerts in Fortnite draw larger crowds than those in real life, Daft Punk will probably be looked back upon as helping normalize the concept of a totally synthetic, digital concert experience — even if Daft Punk performed in person. But it is probably a good thing they’ve ended. As successful and consistent as they were for such a long time, their aesthetic does finally seem stuck in the past. Ads showing women fawning over men who’ve purchased Daft Punk gear, set to EMD fantasy beats, now evoke another era, one that is just too linear to compete with today’s world of feigned moral panics. With each album, music video, and product, Daft Punk furthered their narrative as if they were writing a script à la their favorite De Palma movie. So, as with other franchises that have “ended” over the years, like blockbuster DC Comics movies or Star Wars, Daft Punk fans can continue to imagine the band’s continuing narrative in one timeline or another. It’s an ending, but not an end.

Patrick McGraw is a writer and editor based in New York City. 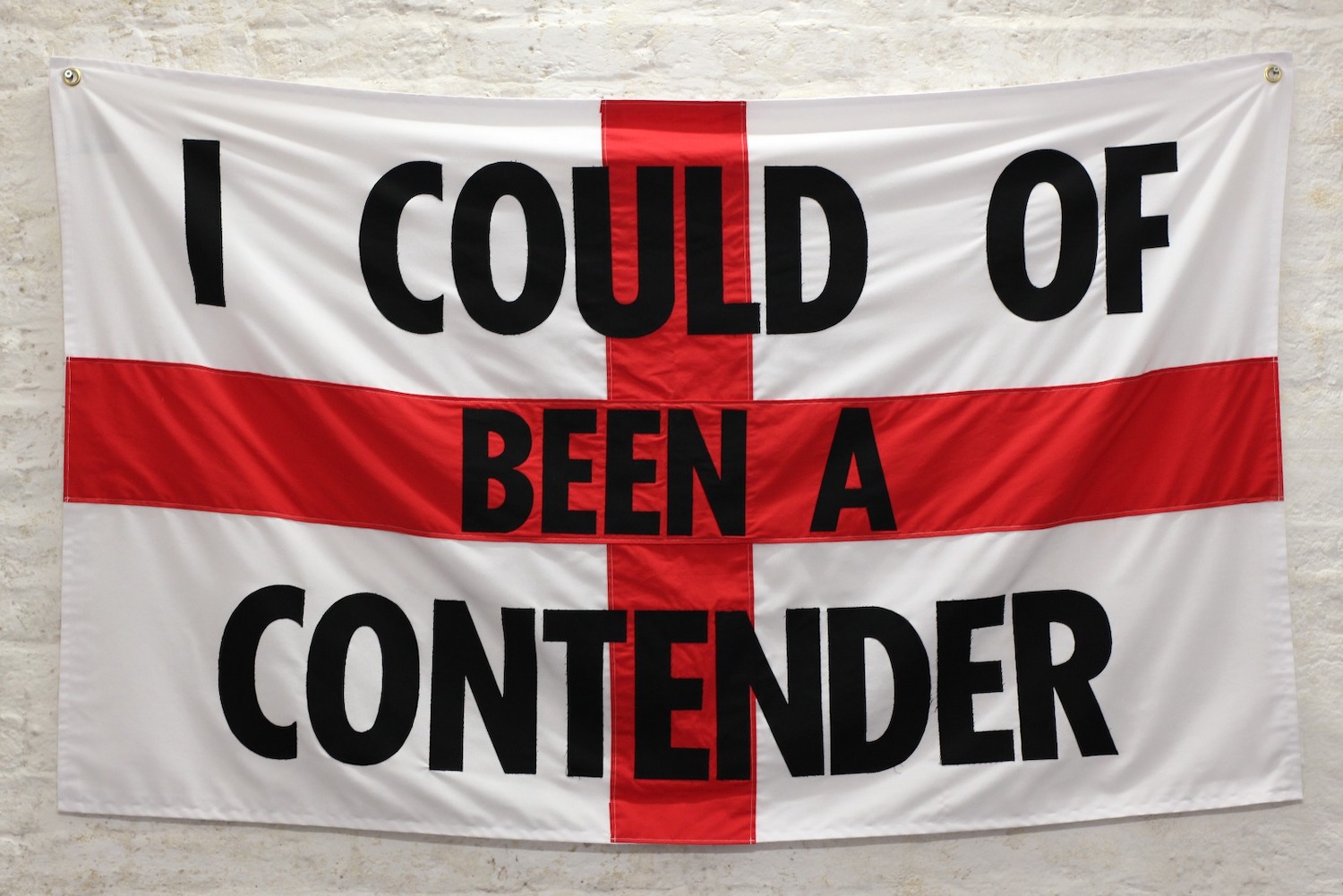 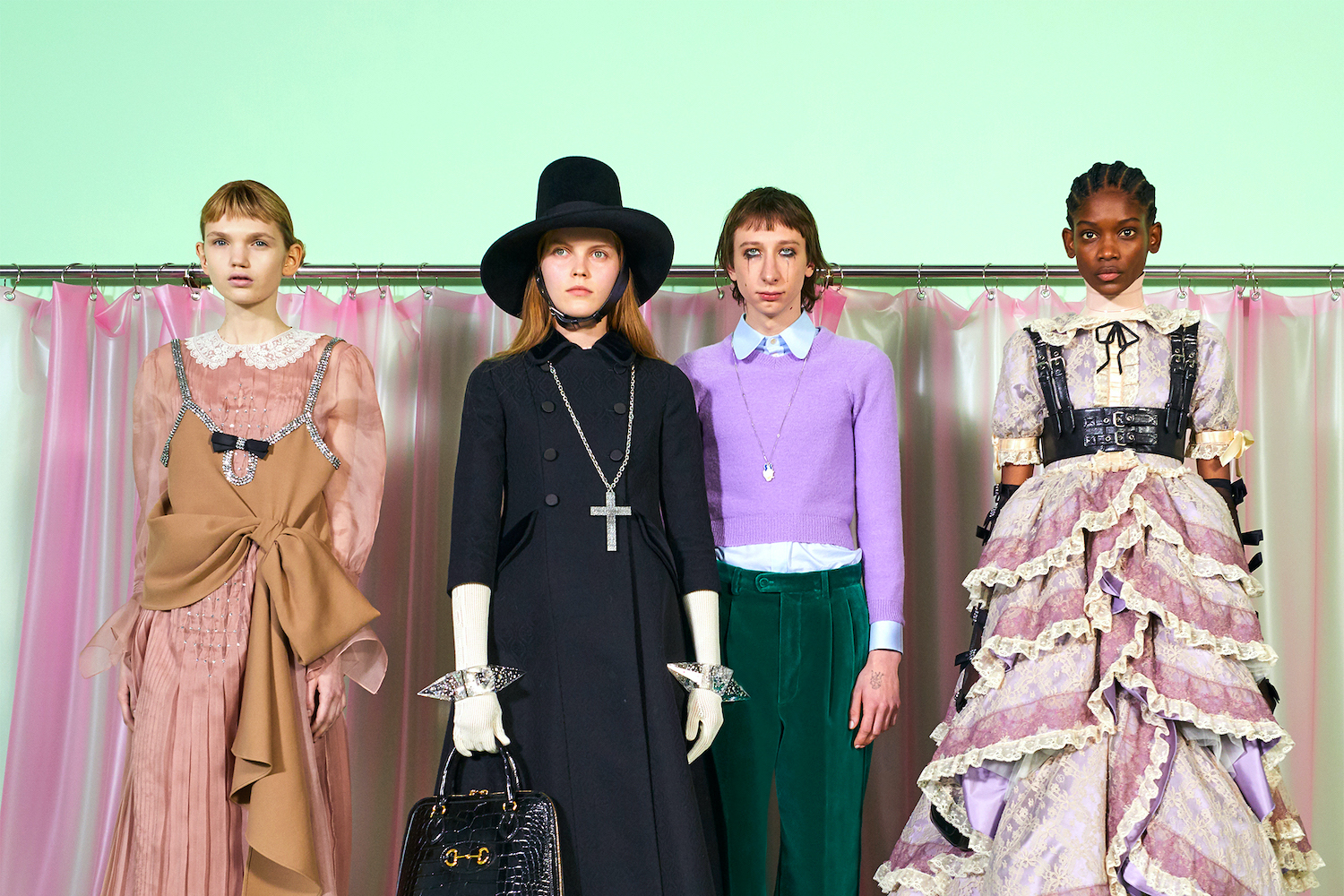 Gucci announces its new collection entitled OUVERTURE of Something that Never Ended, which will be presented by Creative Director Alessandro… 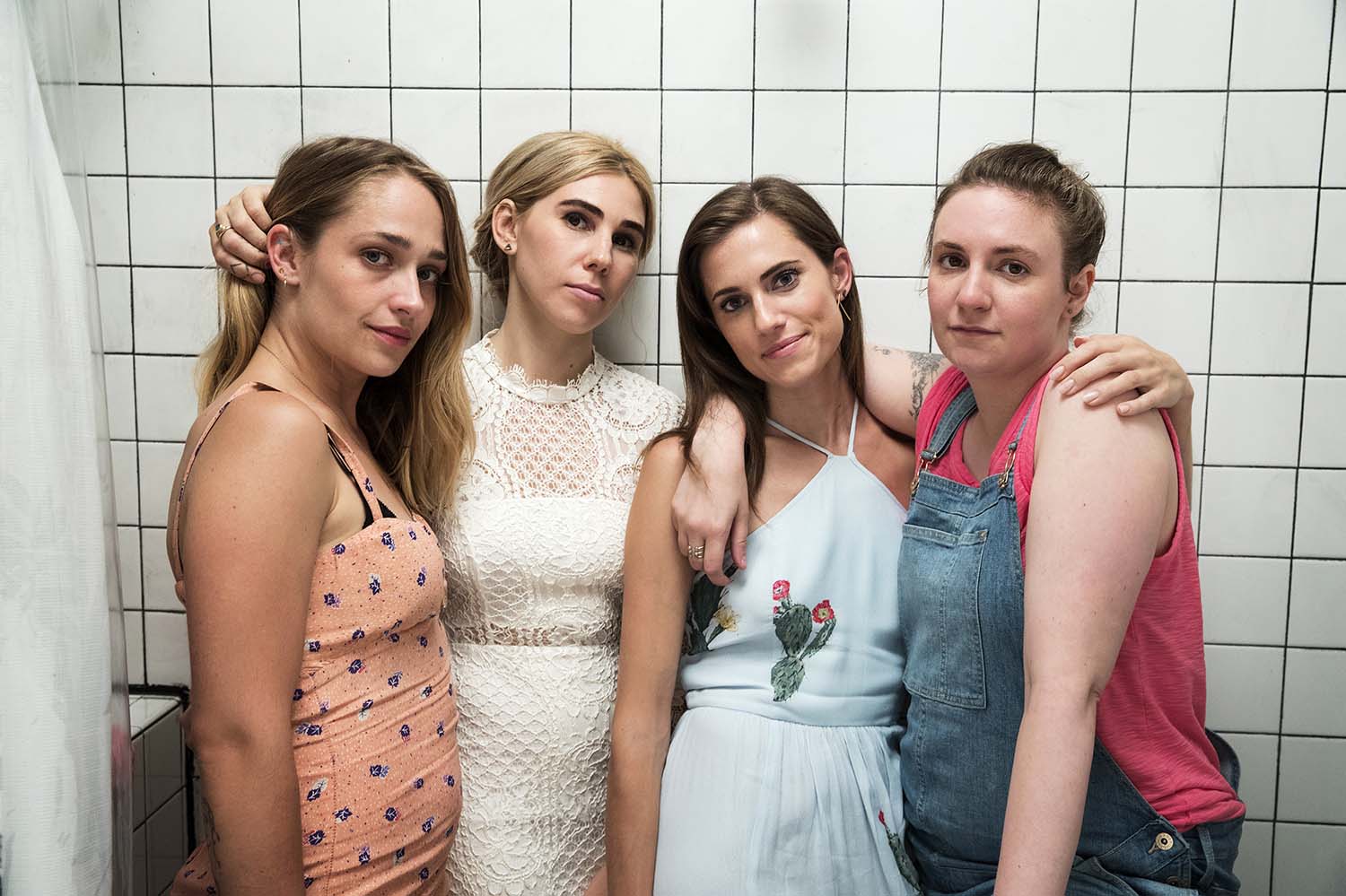 Each Sunday during its run, since 2012, I watched Girls by myself, beginning in a college dorm and then in…