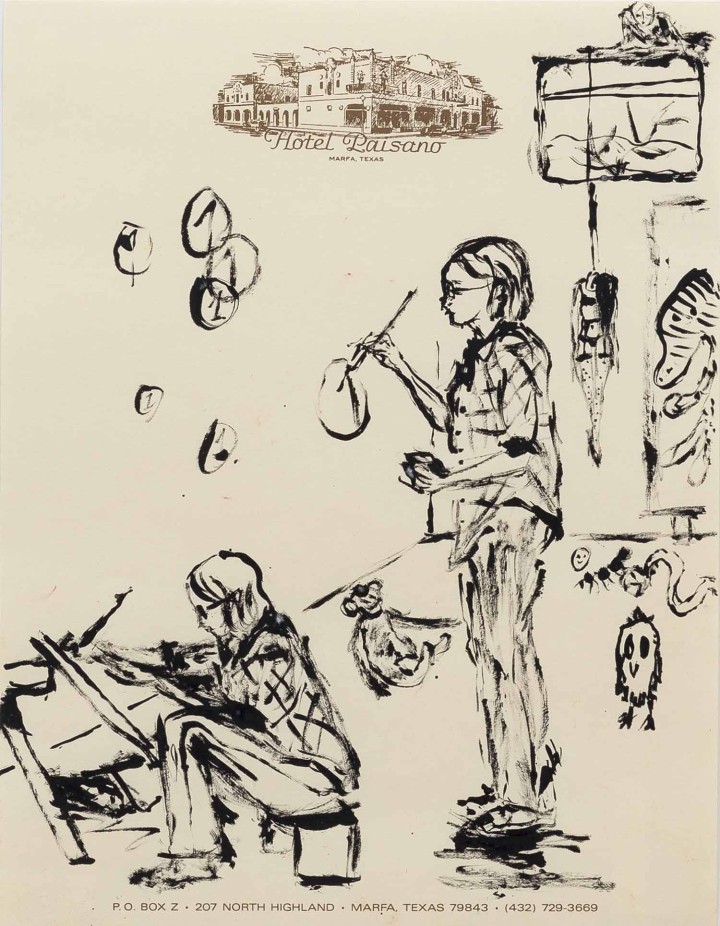 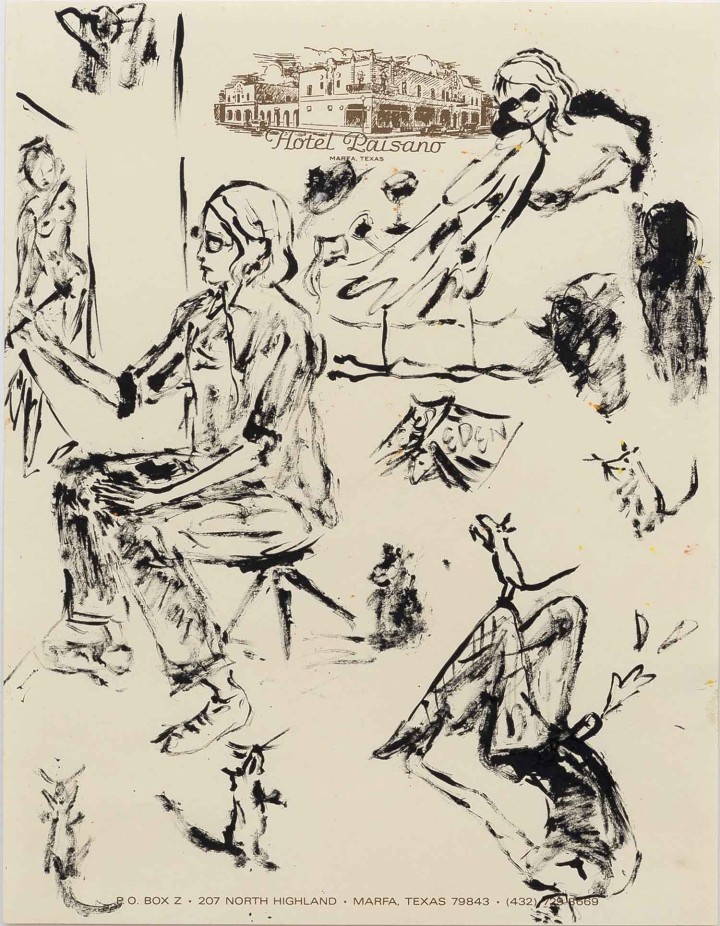 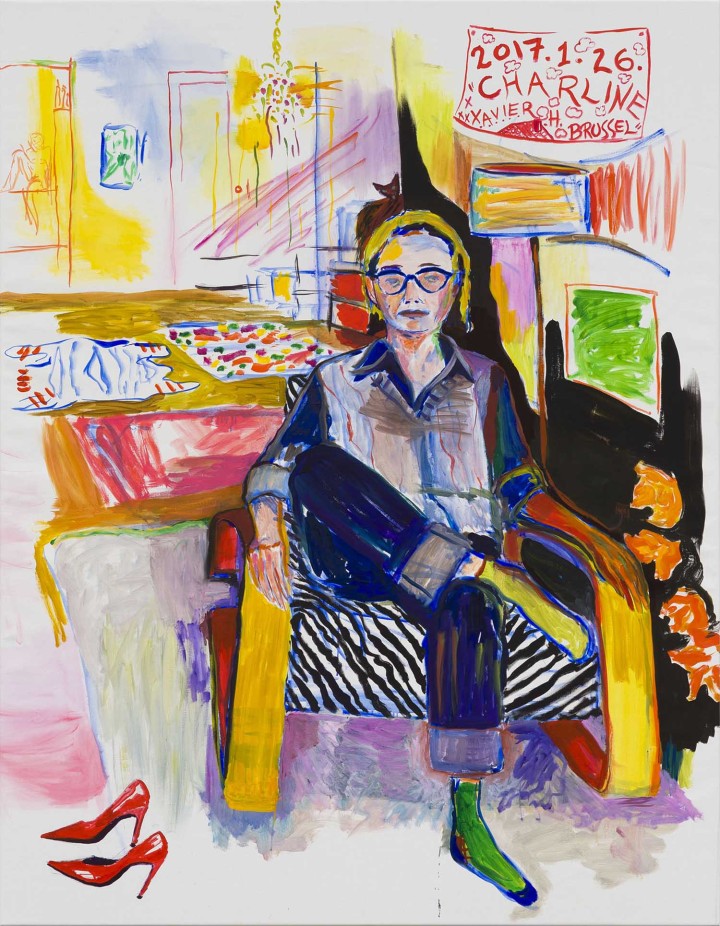 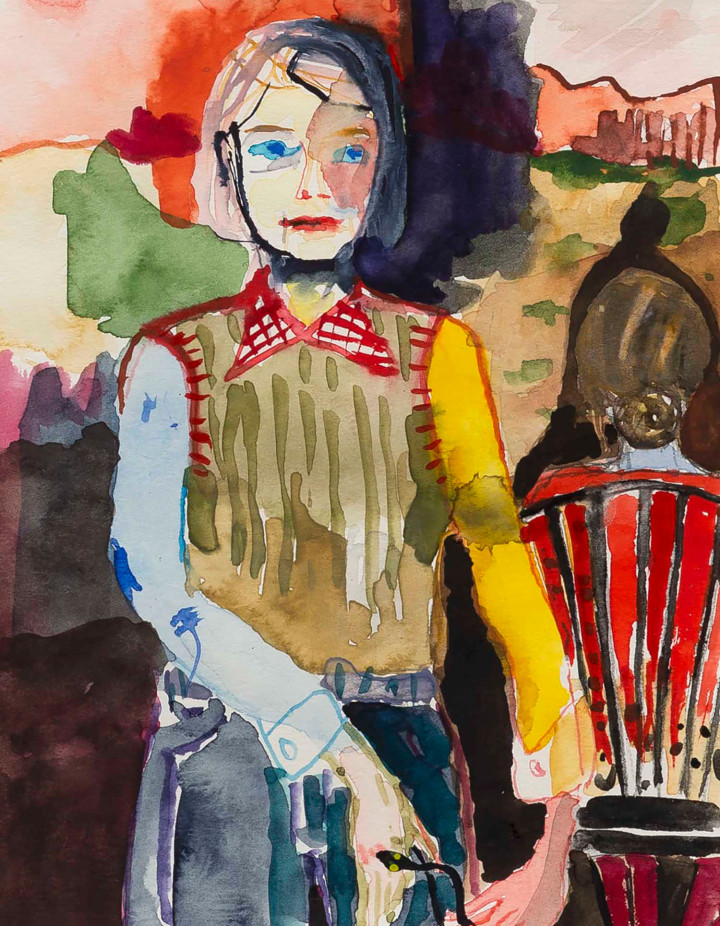 “Charline” shouldn’t exist, as there is something contradictory about mounting a monographic exhibition by an artist who has always preferred collaborative work, who herself sometimes hides behind a fictional character.

Emily Sundblad entered the art world in 2003 by cofounding with John Kelsey the Reena Spaulings Fine Art gallery in Manhattan’s Chinatown. Since then she has been playing the ambiguity game of being an artist, a gallerist and, occasionally, a singer. The gallery’s name comes from an eponymous novel by Bernadette Corporation: the story of a young woman who achieves success as a top model while working as a museum guard. The book is a collectively authored work about fame, thus embodying the two characteristics that must have caught Sundblad’s attention in her search for new ways to exist as an artist without having to follow the rules.

“Modesty” and “spontaneity” are the two most appropriate words to describe the show at Xavier Hufkens. Except for one large canvas, all the works are small, color pastel drawings, or rather sketches, on paper. For some of them, Sundblad used black eyeliner on letterhead from the El Paisano Hotel in Marfa, Texas. They look like fragments of a travel diary, mainly dedicated to portraits of the artist’s friend, the painter Charline von Heyl. By restricting herself to a single graphic medium, Sundblad pays tribute to Von Heyl, who, as curator Anne Pontégnie puts it, “has battled to win a place in the very masculine world of German and American abstract painting. Engaged entirely in her medium, von Heyl has devoted her life to reinventing it.”

Independent Brussels, led by co-directors Olivier Pesret and Liv Vaisberg, is Independent’s first edition outside of New York. It will…