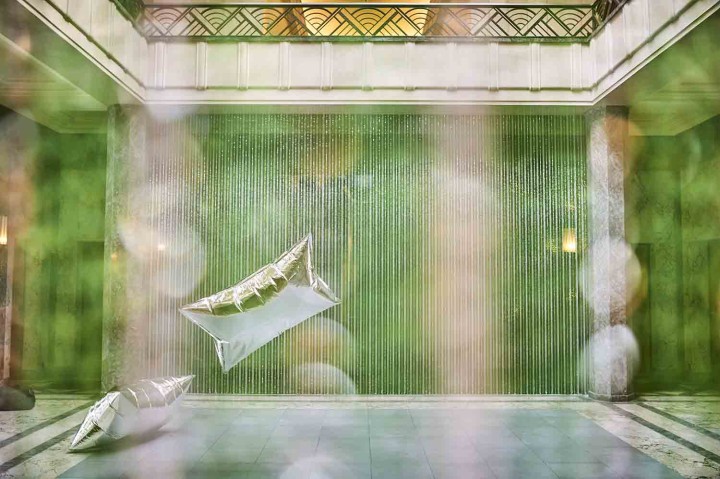 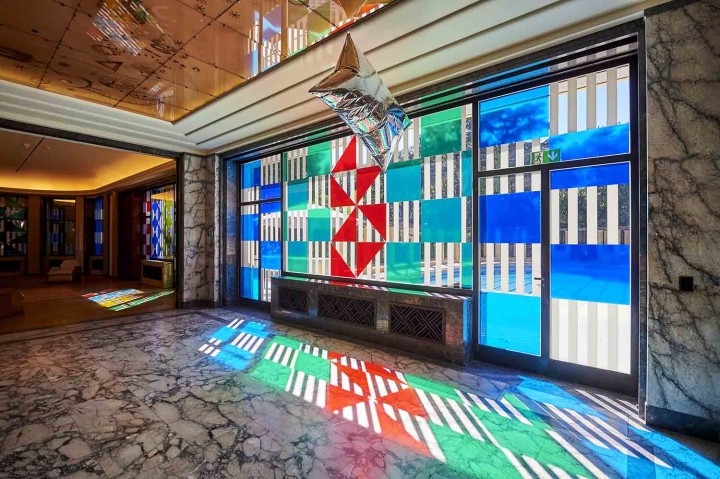 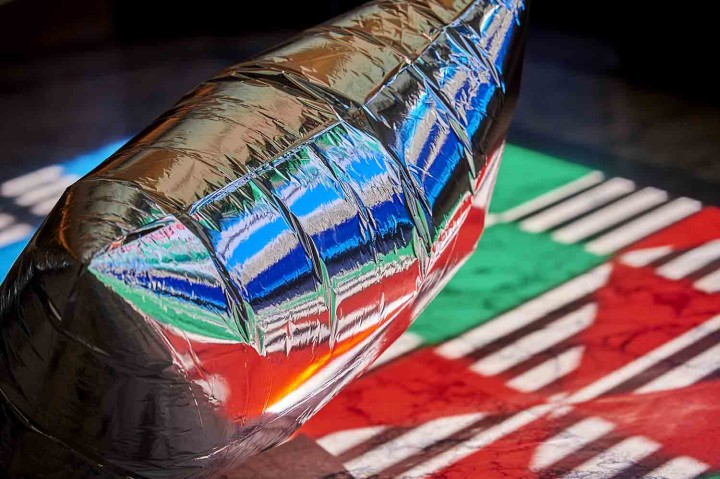 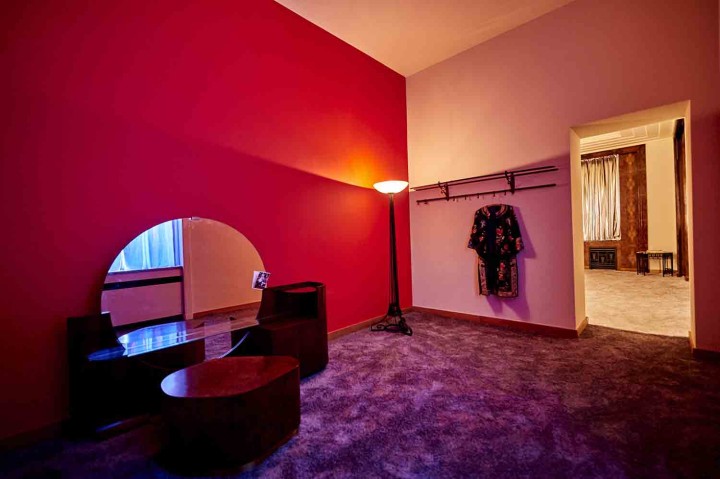 The year 2016 should have been the right moment to celebrate Marcel Broodthaers (1924–1976) in his native Belgium, but the homage so far has been discrete. A new group show at the Boghossian Foundation in Brussels, takes its title from the last installation conceived by Broodthaers shortly before his death.

With its cannons, machine guns and Edwardian furniture, Decor: A Conquest is a highly political and socially engaged work of art. The artist managed to reduce the whole concept to its essence: a little Napoleonic brass cannon and a small piece of paper with the word “décor” written on it.

As Asad Raza, the artistic director of the Foundation, puts it: “The artists that ‘Decor’ assembles […] embrace the decorative as a fundamental aspect of the plastic arts and see a political potential in operating with it.” Yet, apart from Latifa Echakhch’s For Each Stencil a Revolution (2007), a sentence attributed to Yasser Arafat, for which she covered the small dancing room with ink-dripped sheets of carbon paper, the strength of the individual works is diminished by their overly immaculate relationship to their luxurious surroundings. The tiles of Carl Andre’s 10 x 10 Altstadt Lead Square (1967) match those of the marble floor, the curtains of Felix Gonzalez-Torres divide the space perfectly, Pierre Huyghe’s Cambrian Explosion (2014) serves as a real aquarium, and Andy Warhol’s Silver Clouds (1966) fill the entrance hall in orderly fashion.

That said, two site-specific works by Daniel Buren and Dominique Gonzalez-Foerster go some way toward engaging in a meaningful dialectic with the Villa. The curators of the show, Tino Sehgal, Dorothea von Hantelmann and Asad Raza, take responsibility for its decorative aspect, as both “an exhibition about the decorative” and “a decoration of the Villa.” Even though the result is appealing, the second proposition perhaps dominates the first.

Maurice and Paul Marciano, the two brothers who founded the denim company GUESS?, realized a tour de force with the…