Throughout Bergen Kunsthall, sounds provide a sensory glossary to Emily Wardill’s “Matt Black and Rat,” her first exhibition in a public Norwegian institution. The show travels to Lisbon’s Museu Calouste Gulbenkian in June, which is also the setting for the film work I gave my love a cherry that had no stone (2016).

Projected aslant and viewable from both sides, the audio that emerges from the walls seems to interrupt this film of a male dancer in a deserted building. Surreal and futuristic surroundings, temporally ambiguous, parody his gestures. Several works are inspired by Dorothea Tanning’s 1952 painting Some Roses and their Phantoms, which depicts a tablecloth and roses that resemble crumpled origami. The Palace (2014) comprises a voice-over on monochromacy — a condition whereby individuals see the world entirely in black, white and gray — as the camera oscillates over facades-cum-grainy reliefs. White, cast-resin button-down shirts yearn to escape the wall, seeking depth.

In their midst, the film No Trace of An Accelerator (2017) booms from a standing speaker: a trail of sonic bread crumbs that lead to the screen next door. Wardill’s ongoing research on fire, in which she algorithmically models its behavior, led her to a series of infamous, unexplained fires that took place in Moirans-en-Montagne during the mid-1990s. Shot on carefully constructed sets, the plot — developed through improvisation with the actors — involves an aunt trapped in a flame-filled room, her nephew and, played by the same actor, the disturbed arsonist and the fireman who dies trying to save her. The fire-starter pleads of his disposable medical gloves: “Please, please take them off, they’re not kind … too wet.” A fly crawls over a dimly lit nude woman who lies face down on a table. This moment incites the pyromaniac’s impulsiveness and ecstasy for smoke.

With room to wander freely through the show, Wardill nonetheless tacitly moves us where she wants. Words glide around the space, leaving impressions like circles after staring at the sun.

What did I bring back from my visit to this exhibition? Most probably the memory of falling asleep three times,… 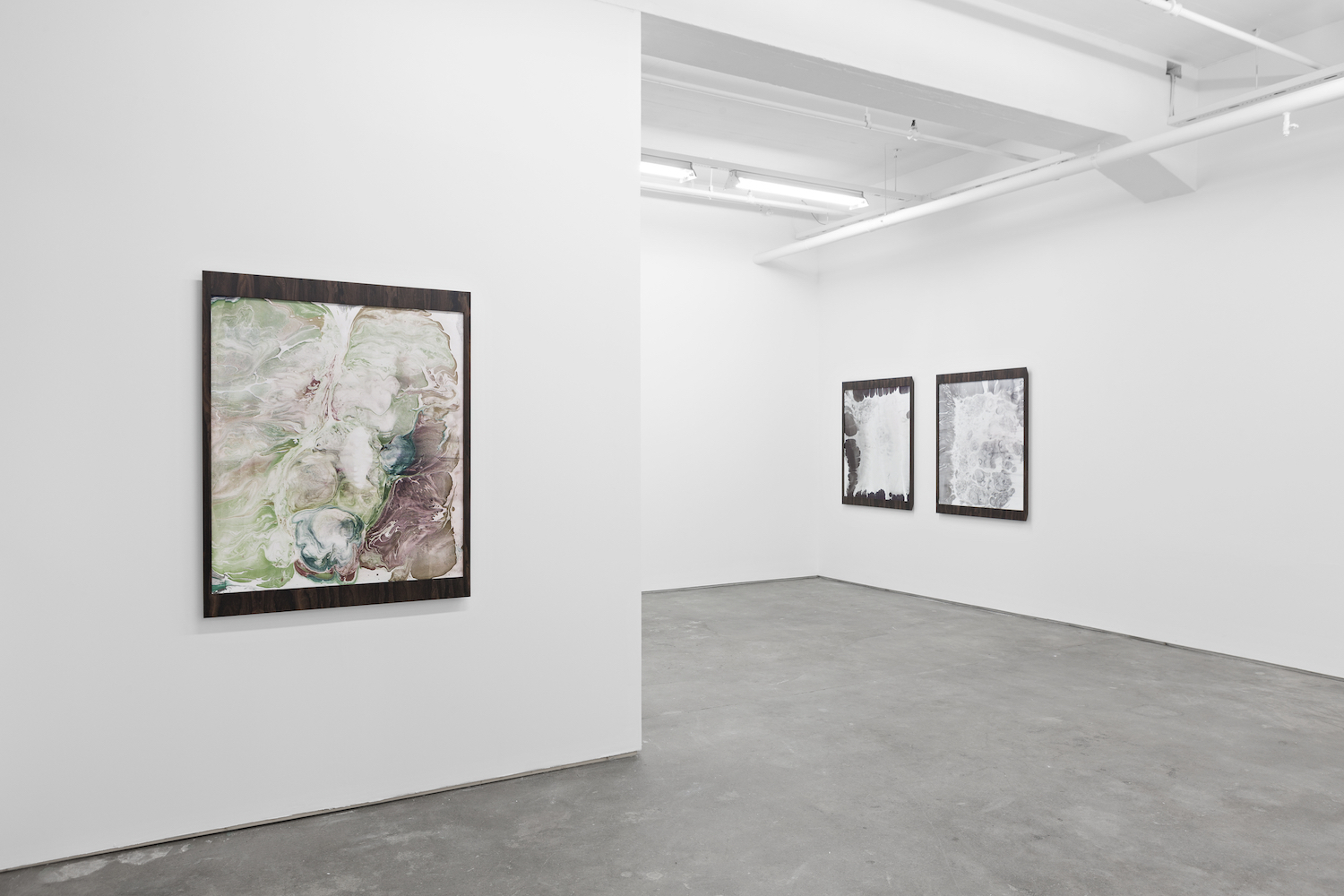 Sometimes even what appears to be knowable is ever-changing. Emily Wardill’s exhibition “The Palace” brought together paintings and a video…