Back in 2015, Super Dakota’s exhibition “.GIF” highlighted the creative and artistic potential of the Graphics Interchange Format, a bitmap image format introduced in 1987 by the CompuServe Company. With their latest exhibition featuring Swiss collective !Mediengruppe Bitnik, founded by Carmen Weisskopf and Domagoj Smoljo, the gallery positions itself as one of the few venues in Brussels supporting media and internet-based art. 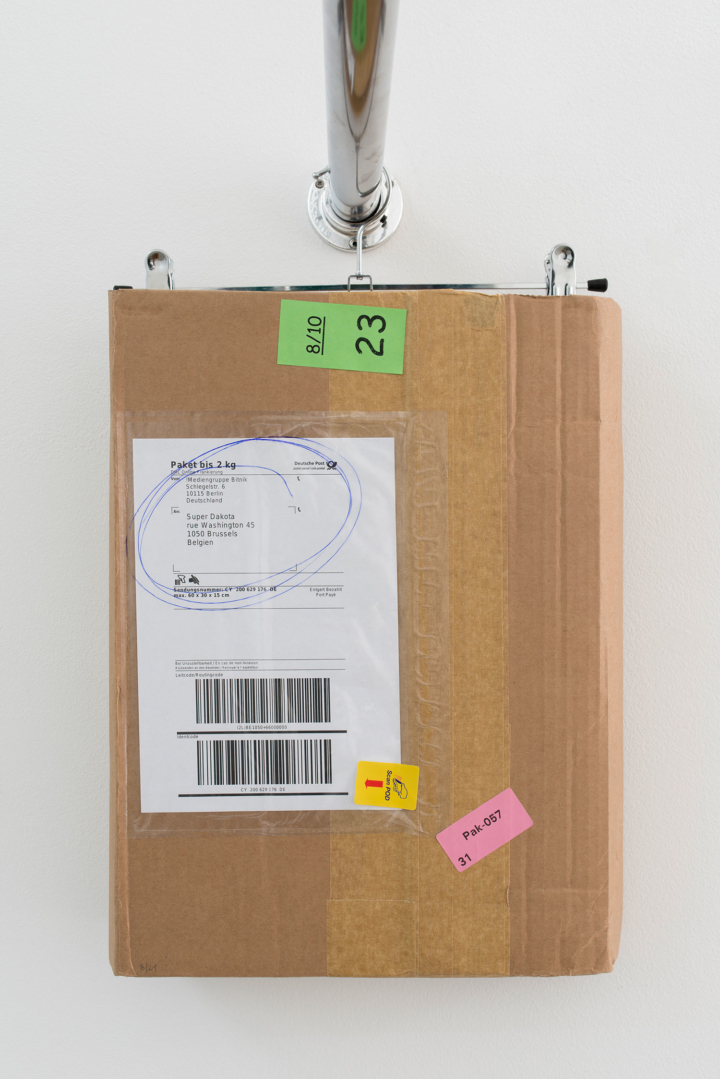 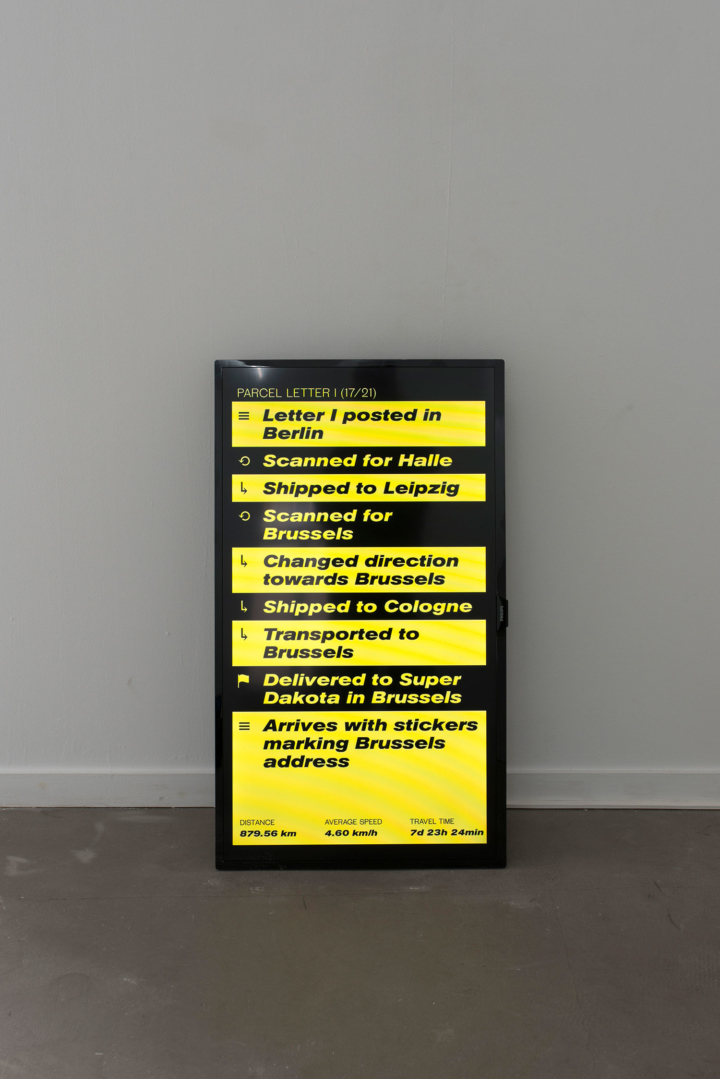 Titled “Decisions, Decisions, Decisions,” the show comprises two works: Postal Machine Decision and Anxiety (all works 2018). The former could be described as the remains of a performance, and is an homage to Ben Vautier’s 1965 work The Postman’s Choice: a postcard printed identically on both sides with different addresses, leaving it to the postman to choose where to deliver it. Seven illuminated letters out of the twenty-one that make up the title of the work hang on the wall. All of them were sent in separate packages (also on display) with two different addresses on them: only a third of them arrived at the gallery (on a screen, an animation traces their strange journey as they go back and forth between several locations). In Anxiety, several Intelligent Personal Assistants (including Amazon’s Alexa and Google IPA) face a screen that displays a sound animation. Composed by French musician Low Jack, the soundtrack tries to “engage” with the machines: they light up when they hear their name and somehow seem to express their perplexity (or anxiety), as they are not given a clear set of instructions. Both installations pursue the reflection initiated with Random Darknet Shopper (2014) and Same Same – Cabaret Voltaire Edition (2015): What happens when media artists leave the final cut to randomization and robots? But if Postal Machine Decision and Anxiety aim to test the limits of so-called intelligent technology, they don’t really question the way we rely more and more on it, or the subsequent loss of human control. On the contrary, they demonstrate how machines can perfectly mimic human behavior when faced with an absurd situation: they do something absurd.

Independent Brussels, led by co-directors Olivier Pesret and Liv Vaisberg, is Independent’s first edition outside of New York. It will…

For his exhibition “Drummen” at Office Baroque, Terence Koh covered the floor of the gallery in soil, and placed eighty-eight…