In a parallel construction, Hart merges a physical work with its digital simulation, two halves that unite the tangible and digital into a whole.

— Claudia Hart, metadata for Matisse Passes Through Me 4.31

In 2005, The Exploratorium in San Francisco and the American Museum of Natural History in New York both debuted work from a series by Claudia Hart called “Timegarden.” The 3-D animated videos, created using simulations technology, seemed appropriate to the halls of science and technology: models of flowers, trees, and grass living and dying according to growth algorithms, which Hart individually accelerated to a rate fitting the attention span of institution visitors. The videos emit a rhythmic pulse, approximating the speed of a human heartbeat. I first saw them on my laptop, sitting at a table among the eroded boulders at High Desert Test Sites, where geologic time is the main event. They appeared to me a sort of digital garden of Eden.

The simulated plant cycles of birth and decay are hypnotically slow. Yet, intellectually, we register that they are sped up by as much as 876,000% (365 days x 24 hours). The effect is a mesmerizing, meditative space for contemplation, suggesting the ephemeral cycles of life, decline, and death, as well as the human attempt to wrestle these cycles to a scale we can comprehend.

Fifteen years later, Hart proposed a framework for understanding the relationship between the virtual and tangible components of an artwork, within a new form she called a “digital combine.” As she told me in a recent interview, she traces her influences to Robert Rauschenberg (from whom the term “combine” is appropriated), Sol LeWitt, and Lucy Lippard, as well as further back, to the machines of Dürer and Vermeer. But the groundwork is also visible in her early art and writings in the field of simulations technology.

The “Timegardens” create a paradoxical, impossible space: In Timegarden 01 (2004), the plants grow from seed to flower in ten minutes, then over the next half hour slowly decay. In Timegarden 02 (2005), the trees cycle through a full year in a single hour, while in the same time period, the sun domes fully through the sky, passing from dawn to dusk. The models are realistic enough to invoke the uncanny, but strange enough to hold us transfixed.

If the goal of simulations technology in gaming is to keep the audience hooked as long as possible, the goal of the “Timegardens” is to create a liminal space to experience the mind-body split: how we are educated to believe we experience the world, and how we actually experience it. Slow, human-body-scaled movement — at 876,000% the speed of life.

Also in 2005, the same year she exhibited the first “Timegardens,” Hart co-wrote an essay (with a fellow Pratt professor, Claudia Herbst) titled “Virtual Sex: The Female Body in Digital Art,” which was presented at a scholarly panel called “From Feminism to Formalism.”2 Hart and Herbst trace the “interwoven histories of religion and technology” to illuminate a narrative of bias that extends through simulations technology, from the military applications for which they were developed and honed, directly to the so-called metaverse. This lineage traces the erasure of actual women (and their replacement with simulated women) as well as default whiteness, biases encoded and amplified in the technologies we use today.

But, critically, this lineage also carried forward the notion of original sin, and with it, the separation of body and soul. “The Renaissance painters,” says Hart, “used mathematical perspective to represent the Kingdom of God.” In “Virtual Sex,” Hart and Herbst argue that the separation of the physical from the virtual — the former imperfect and highly vulnerable, the latter viewed as logical, without human fallacy, capable of backup and regeneration — can still be sourced back to those religious roots and the notion of original sin.

Today, few artists are explicitly channeling Judeo-Christian experiences. It’s the metaverse that suggests we might leave the tainted physical world, in order to travel to a better, virtual one. In other words, if that sounds suspiciously like Heaven (or if it sometimes feels like Hell), that should come as no surprise.

With time-based media specialist Regina Harsanyi, Hart has prototyped a model for smart contracts which point to metadata explicitly refusing this separation. She first used this framing for her own series, also called “Digital Combines,” in which she exhibits “fake forgeries” of copyright-protected modernist paintings alongside a QR code, by which viewers can conjure the file from which the paintings were derived.

Organized according to these principles, Hart suggests that a hybrid artwork can open the same kind of paradoxical space between our tangible and virtual experiences. Much like “Timegardens,” this is an uncanny, poetic space, full of strange collisions between what we expect to experience and what we actually experience. If the so-called Kingdom of God is real, it is inseparable from the kingdom of trees, the kingdom of cancer, the kingdom of socks.

“Timegardens reflect the function of technology in contemporary life: humanity’s attempt to dominate the natural world rather than adapt to it.” When something is made using rocks or using code, it’s real. The desk lamp is real. The metaverse is real. The sun is real, and so is sunburn. These all belong to the same world — the only one, as far as we can tell — that isn’t a simulation.3 These contracts, and the metadata in the folder they point to, don’t bring us from Heaven back to Earth. They remind us that we never left in the first place.

Still, like conceptual art, Hart’s work resists the notion that art is an object to be carried away. Stored in a freeport, it does nothing. It also isn’t a disembodied metaspace, a dematerialized (or demilitarized) concept, a religious heaven or hell.

It’s been pointed out that this language is not legally binding, and that’s true. As journalists have pointed out, most smart contracts simply automate execution of terms, recording that someone paid something, and receiving in turn a deed — to something. But there’s also something more fundamental at play. Rematerializing the conceptual, her contracts point out that it’s all real. Without the physical world, there is no metaverse. Without lithium mines, without sprawling NSA and Silicon Valley compounds, without millions of humans performing repetitive tasks under greater and greater pressure to simulate automation, none of this works. That contract has real effects, and that contract is enforceable.

It is being enforced right now.

As I’m writing this, the IPCC has come out with their updated report,4 and it is damning.

I have been susceptible to the utopian rhetoric that crypto is forming the foundation of a more just system. I thought the token could function as a certificate, allowing more digital artists to survive; that more artists meant more positive change, more margin to mine, that ETH would soon switch to proof of stake, as it keeps promising to do at an ever-receding date. It was a naive idea, and I still haven’t fully let it go.

At a recent panel, an audience member raised environmental concerns about ETH, and was told to “go vegan.” In other words, question other aspects of your Western high-carbon lifestyle, please, instead of souring the audience on NFTs. Still, we know that invoking individual responsibility in response to questions about systemic change is an old neoliberal strategy, honed by the same corporations causing the most damage. The legal system today often works in favor of those causing the most harm, but the IPCC report reminds us that there are other systems that may soon render everything we know unrecognizable to life as we know it, and that the first effects are already being felt by those who did the least to cause the damage.

Many such conversations, many led by artists, are applying some pressure. I still feel some hope, along with concern. That panel question didn’t change anything, and neither does this sentence or this article. Still, let’s hold space for that question in every conversation until it does. Fifteen years after Timegarden, we’re seeing the consequences of moving at the speed of attention, at 876,000% the speed of life.

Katie Peyton Hofstadter’s public art projects include #MakeUsVisible, the Climate Clock monument, and Future Art Models (apexart). She teaches at Parsons, the New School, and lives with a dog named Peanut in a room full of books.

1 C. Hart, Metadata for Matisse Passes Through Me 4.3, 2019. Retrieved from https://ipfs.io/ipfs/QmaU4Q5B1hqEXtma9FHu1MoaBS6svJSa3B4Fvy1J97LEk9. Accessed on 03/11/2022.
2 C. Hart and C. Herbst, “Virtual Sex: The Female Body in Digital Art,” presented at “From Feminism to Formalism,” panel for the 93th Annual College Art Association Conference in Atlanta (February 18–22, 2005). Retrieved from https://drive.google.com/file/d/1Qyg9TDFGyzgqtdaAJfq2pYnj1vgKX_z4/view. Retrieved on 03/05/2022.
3 I’m not going there, because if you’re actually reading this footnote, you already know it doesn’t matter.
4 IPCC, IPCC Sixth Assessment Report: Impacts, Adaptation and Vulnerability, 2022. Retrieved from https://www.ipcc.ch/report/ar6/wg2/. Accessed on 03/09/2022. 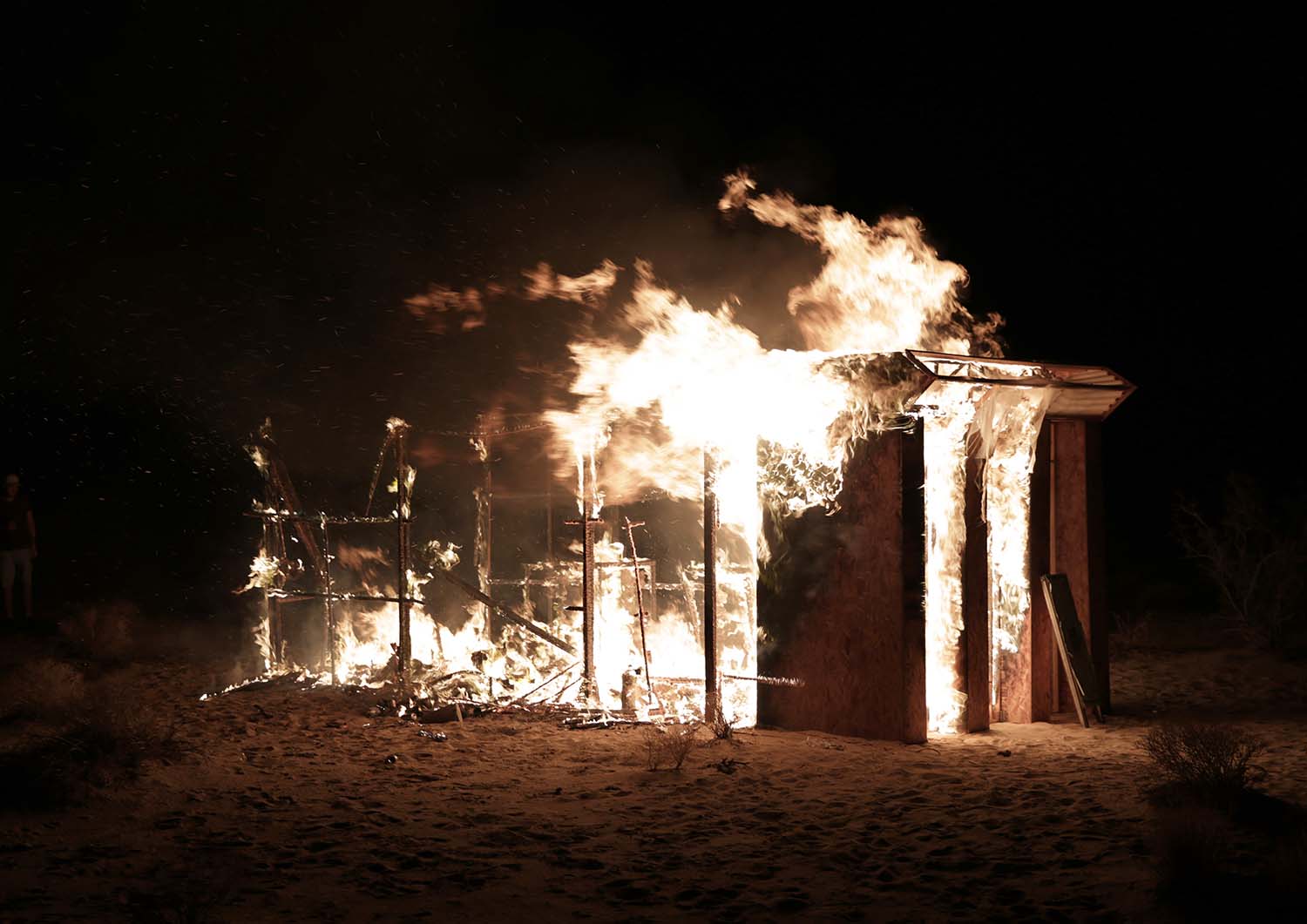 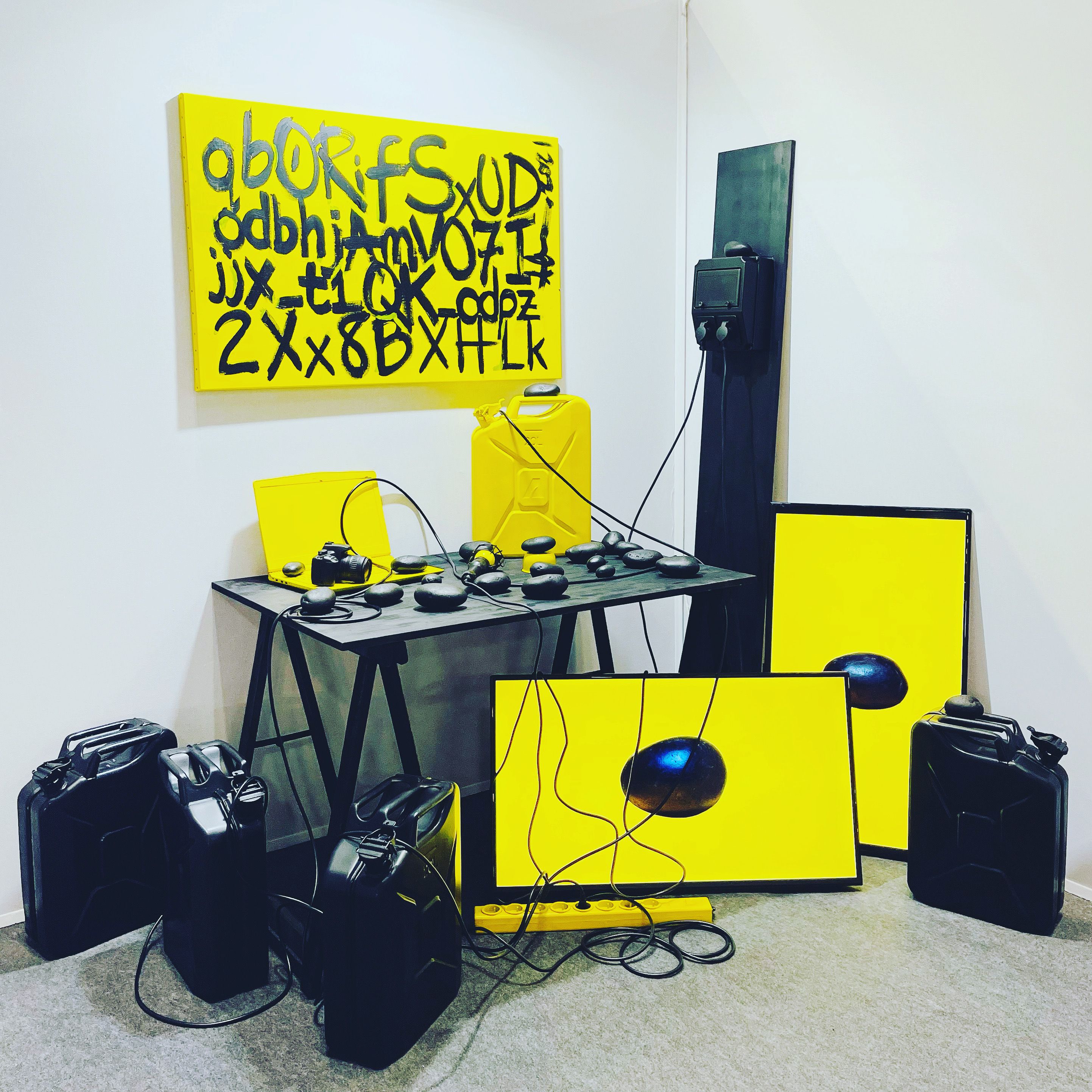 “It is meaningless to speak of an original digital entity as if it were a unique, identifiable thing.” — Jerome…