The whole of the French artworld had been waiting since December 8, stunned and on tenterhooks, for the decision by the administrative board of RMN-Grand Palais. Would FIAC, founded in 1974, and Paris Photo, founded in 1997, both belonging to the French subsidiary of the Anglo-Dutch group RX (formerly named Reed Exhibitions), be maintained, continuing at the Grand Palais at the usual dates, or, as it very much began to look, would they be replaced at those same dates by other international art fairs organized by another major player? The suspense came to an end on January 26: FIAC is to be replaced at the Grand Palais, and at its usual dates, by another contemporary art fair organized by MCH, the group that owns Art Basel. Paris Photo will retain its November slot under the aegis of RX France. These two events will thus be held at the Grand Palais Éphémère on the Champ de Mars in 2022 and 2023, pending the complete restoration of the historic original, begun in 2021. In 2024 they will return to the Grand Palais proper on the Champs Élysées.

In their press release, RMN-Grand Palais say they have “selected a world leader in the field, that will ensure a robust investment initiative that will be crucial for the development of this fair in an increasingly competitive market. The development of this fair will be marked by innovation to showcase the unique cultural assets of Paris and France, particularly its variety of contemporary art galleries, its prolific artistic creation, and the bonds that are being forged with all the creative industries, particularly of fashion and design, which are French and Parisian products of excellence. For this fair, the RMN-Grand Palais will pay particular attention to MCH’s commitment to develop a brand and identity that is unique to the Paris fair, which will be organized by a team based in France.”

The stated ambition of Chris Dercon, head of RMN-Grand Palais, is to “raise Parisian prestige to the highest level internationally while cultivating the riches of the Parisian ecosystem.”
In response to art-world disquiet, Art Basel has restated that its aim is not to reinvent the fair’s limits but to connect it to the whole of the Parisian cultural ecosystem, by working “closely with the city’s museums, private institutions, galleries, and other cultural spaces, to create an active cultural program from morning to night, all week, and throughout the city” — an approach very much in line with RMN-Grand Palais objectives. They also insist that there are absolutely no plans to rename the fair Art Basel-Paris, even if the name FIAC is the property of RX France. As to content and other operational aspects, that remains to be ironed out over the coming weeks, including the membership of the selection committee, application rules for galleries, etc.

Last December 8, to general amazement, RMN-Grand Palais launched a twenty-million-euro call for proposals concerning these two art fair slots over the next seven years, whereupon Art Basel seemingly manifested a spontaneous interest in these two very slots. This now translates to 10.6 million for the new contemporary art fair and 7.5 million for Paris Photo, not including technical costs, and a seven-year contract.
This development can be seen against the background of the FIAC’s cancellation in 2020 and fall in visitor numbers in 2021, both COVID-related, as well as the major work (466 million euros) undertaken at the Grand Palais, and the appointment of RMN’s new director. What could be read as an intern conflict between the main actors involved, or merely competition between two key international groups, may as well be the symptom of a significant shift in the global contemporary art scene. 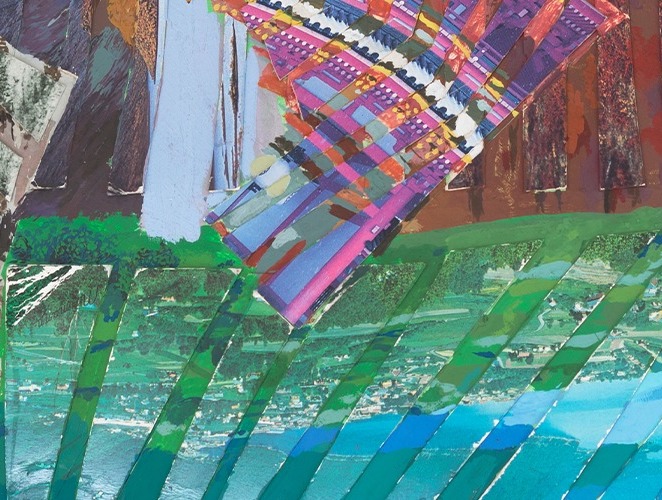