There were 245 galleries in total, with 48 of them showing in Hong Kong for the first time. Originally Art HK, the fair became the largest in Asia. In 2011, Art Basel and Art Basel Miami Beach organizers “MCH Swiss Exhibition (Basel)” acquired a 60 per cent stake in Art HK’s “Asian Art Fairs”, leading to this year’s Art Basel Hong Kong version. While there was some fear of a drop in local representation, the fair saw 26 Hong Kong galleries represented.

Quarteto by Colombian painter Fernando Botero was purchased for US$1.3 million by a Malaysian collector from Galerie Gmurzynska.

Gallery Hauser & Wirth sold SP234 by Sterling Ruby to an art foundation on the mainland for more than US$250,000. Pearl Lam Gallery in Hong Kong sold Four Noblemen by Zhu Jinshi for US$195,000.

Taiwanese dealer Tina Keng sold eight works from the series Eight Tall Sunflowers by Xu Jiang for US$2.6 million AND Wang Huaiqing’s abstract work Chinese Emperor for US$2.6 million
White Cube reported several sales to Asian collectors, and Lehmann Maupin which opened a space in Hong Kong in March, also sold well (including Tracey Emin’s neon Now Love is for You!, 2013, for US$75,500).

On the last day of the fair Art Basel announced that its main sponsor would shift from Deutsche Bank to UBS. Art Basel’s other two fairs, which are held annually in Basel, Switzerland, and Miami Beach, are already supported by UBS.

In other news, M+, the planned museum for the $2.8 billion West Kowloon Cultural District, announced at Art Basel a major acquisition of work by Tehching Hsieh, a New York-based performance artist originally from Taiwan. 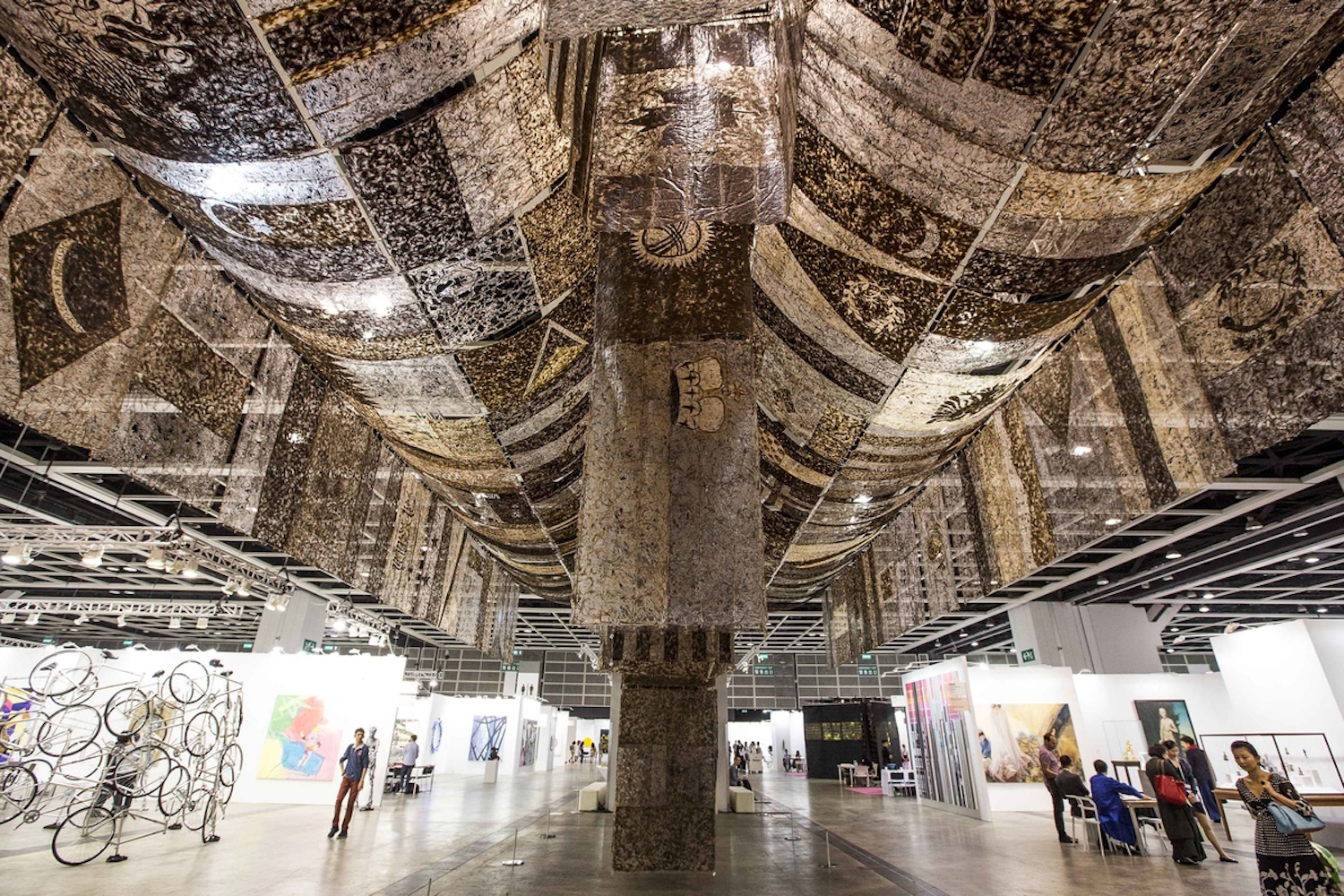 Recently appointed director of the Asian branch of Art Basel, Adeline Ooi discusses her efforts to represent the art world…