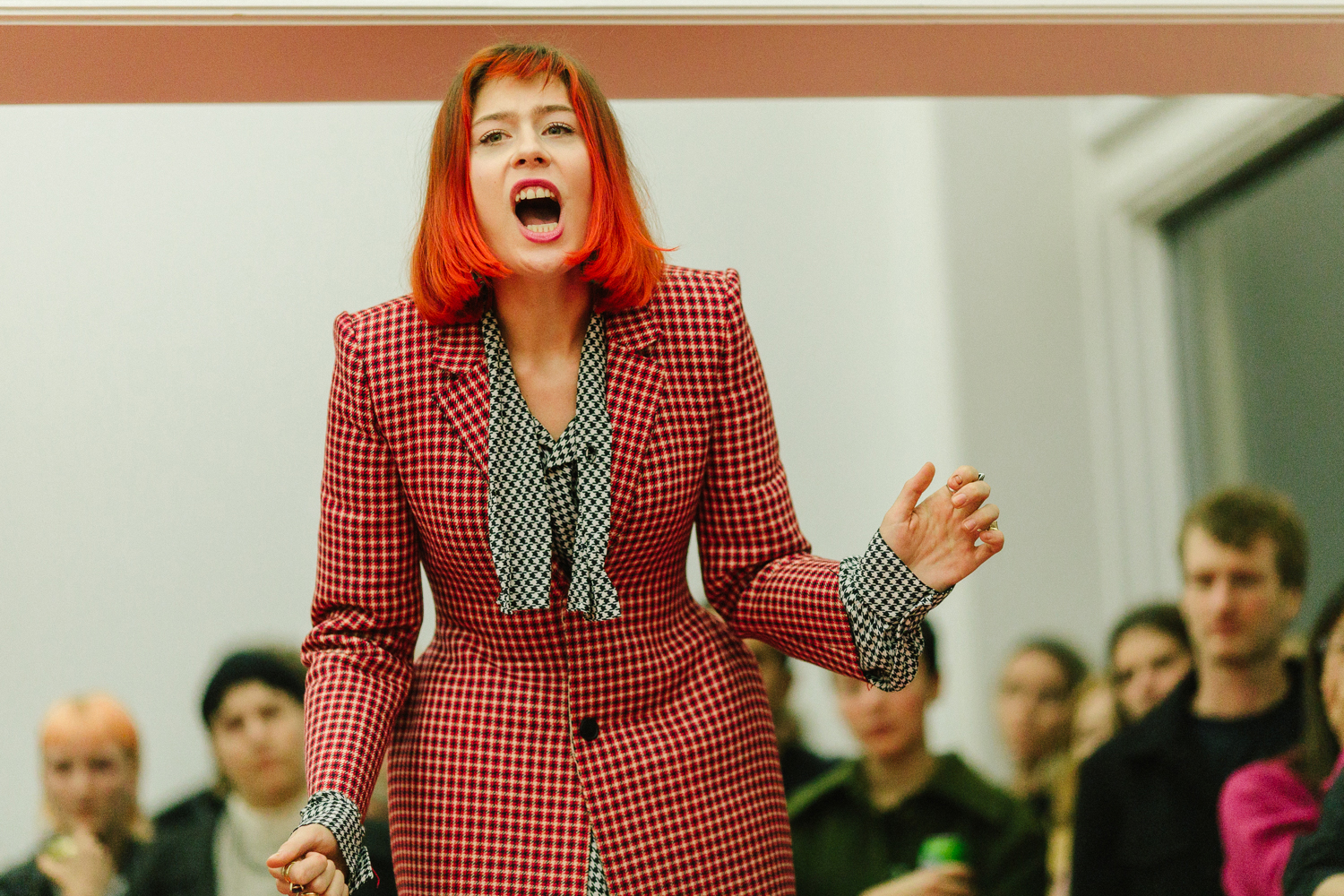 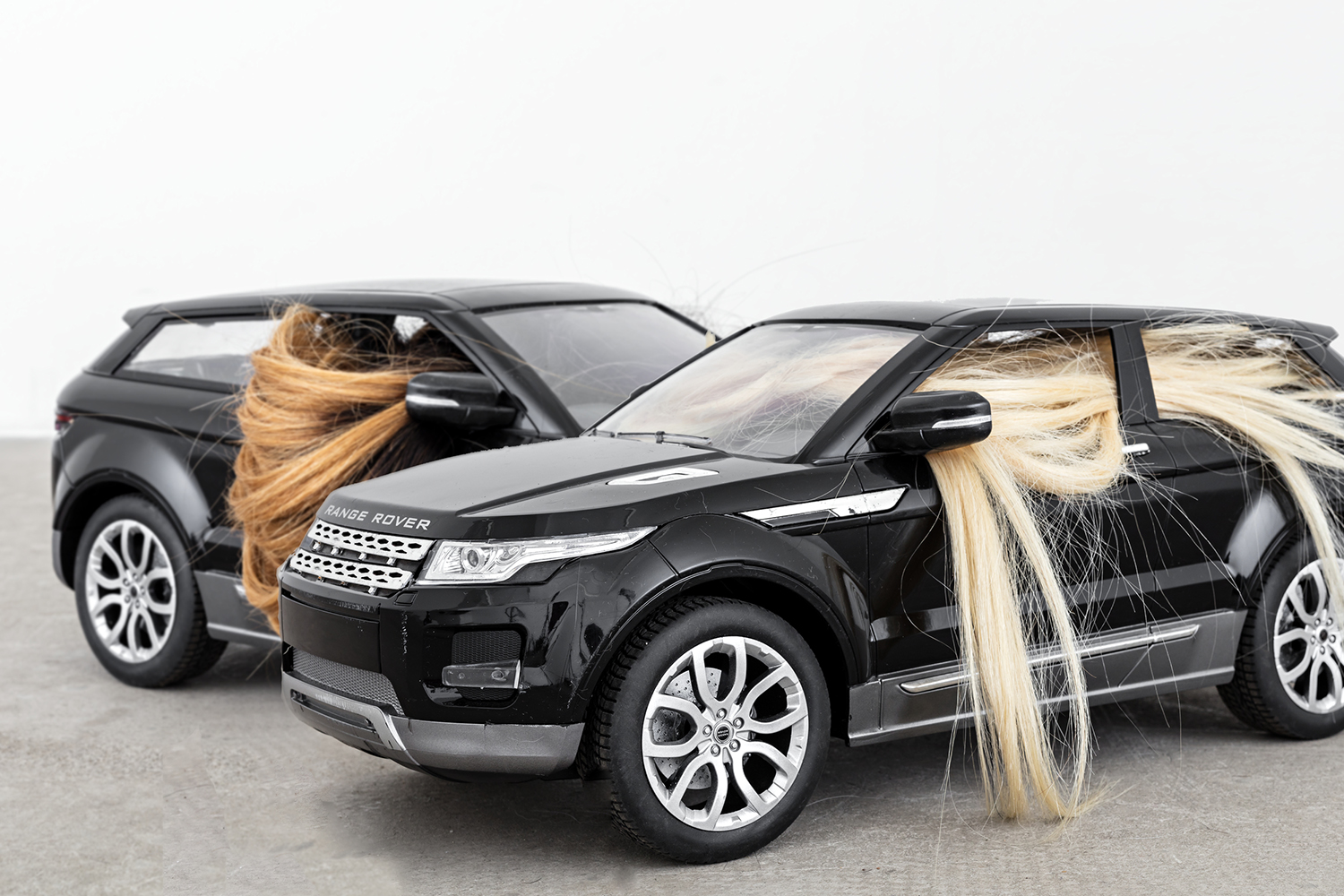 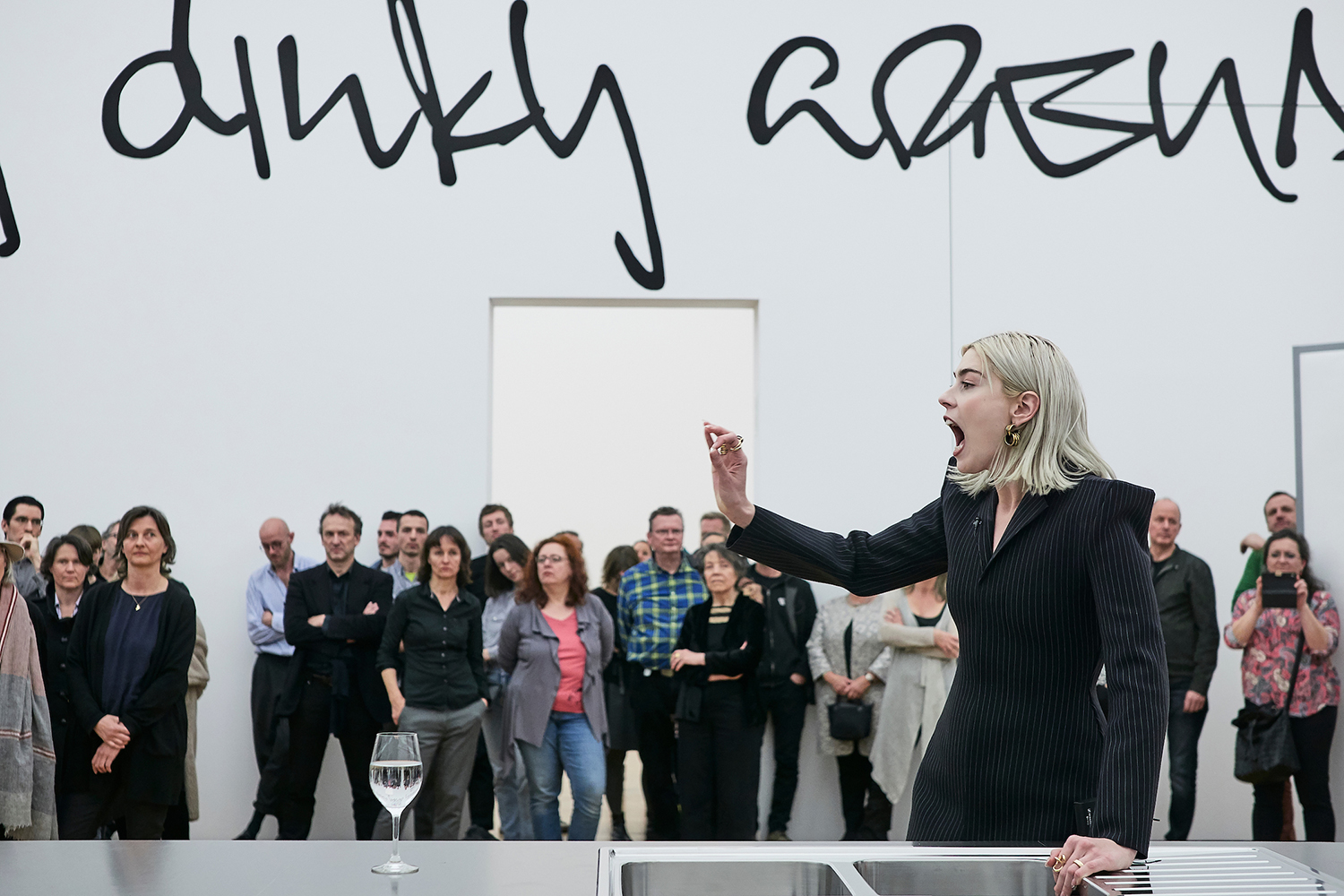 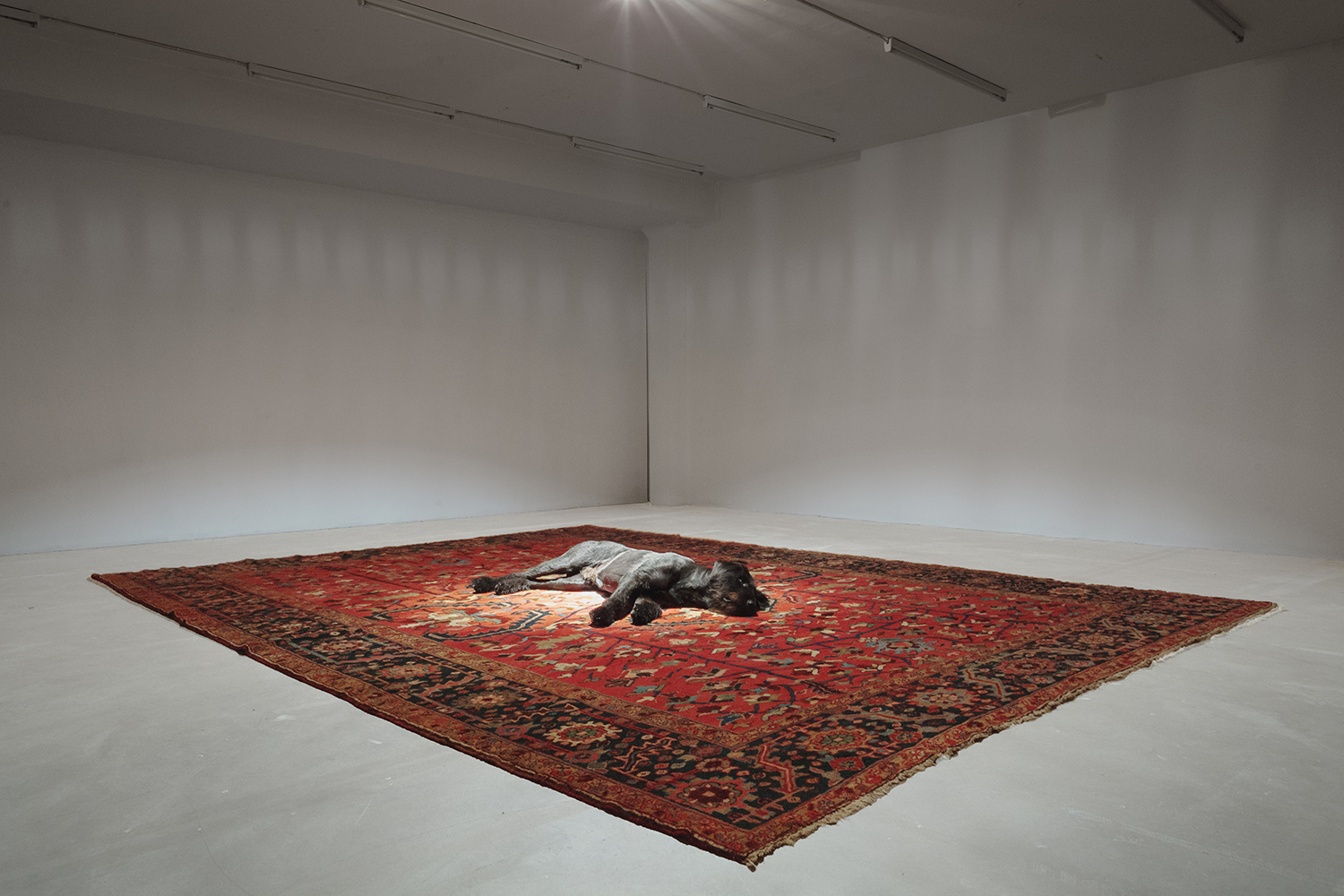 The preserved stained-glass window above the entrance to E-WERK Luckenwalde portrays a clenched fist seizing a succession of lightning bolts that radiate out across the sky. It’s perhaps unsurprising that this potent image has been chosen for the new institution’s logo, as it perfectly encapsulates their message of kunststrom (a word that translates from German to mean “art electricity” or “art power”). E-WERK, which opened on September 14, is a former brown-coal power station — built in 1913 and shut down in 1989 — in Luckenwalde, rural Brandenburg, thirty miles south of Berlin, which has been turned into a sustainable energy supplier and contemporary arts center.
In addition to presenting a biannual interdisciplinary art program of commissions, exhibitions, and performances, and providing low-cost workshops and artist studios to rent, E-WERK operates by producing renewable energy to be sold on Germany’s national grid. The energy, which also powers the center itself, is produced through a process called “biomass pyrolysis” that involves recycling waste pinewood chips donated from the local area. In a moment of environmental reckoning within the art industry, with institutions such as the Tate declaring a “climate emergency”, and others divesting from oil sponsorship, E-WERK is a pioneering example of how cultural institutions can take action against ecological catastrophe. “We seek to reach beyond the contemporary art world by feeding art-powered electricity into the grid; fusing function with metaphor by connecting electricity with art,” write artistic co-directors Pablo Wendel and Helen Turner. “[This] echoes E-WERK Luckenwalde’s desire to implement effective sociopolitical change through interdisciplinary and cross-border cooperation.” 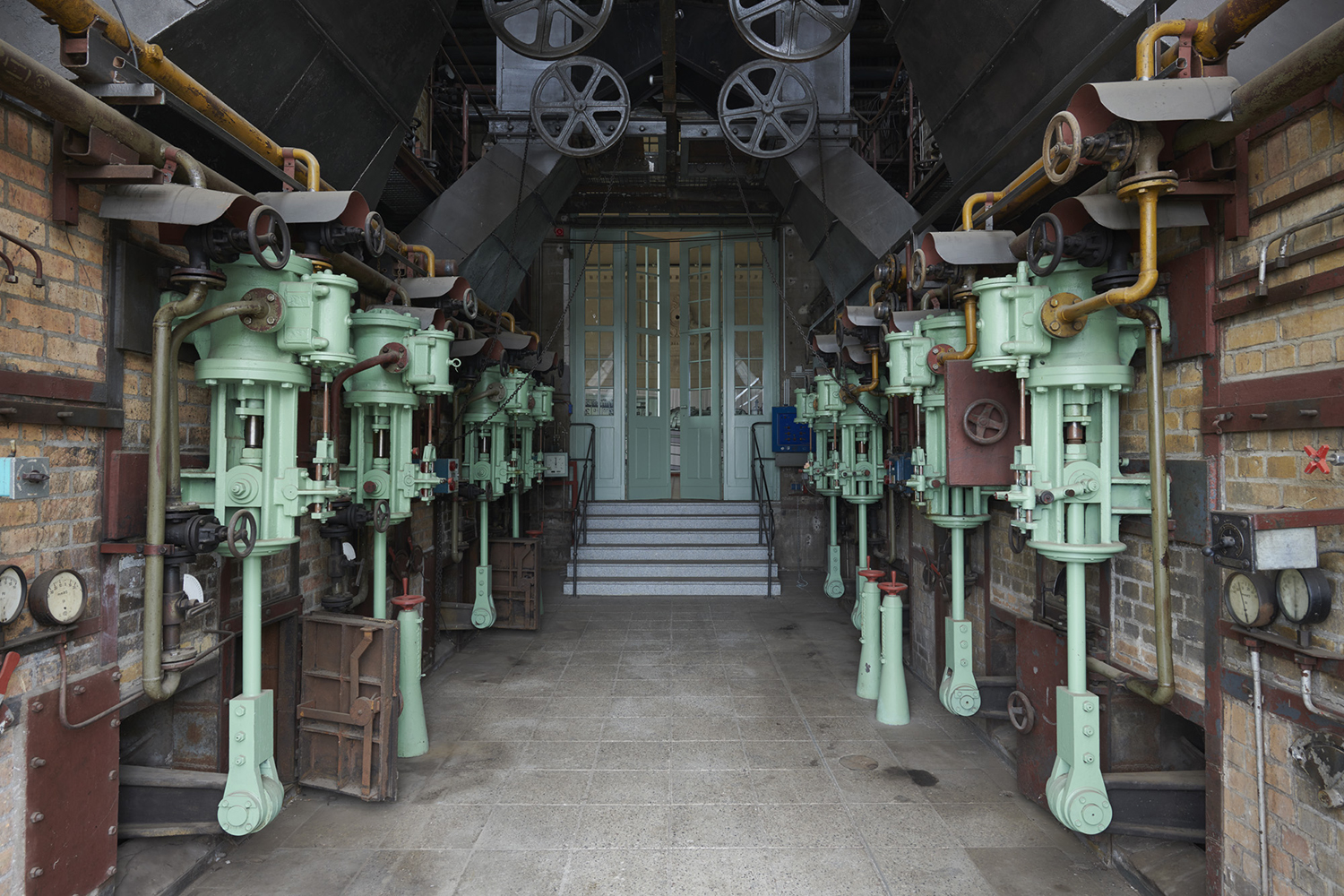 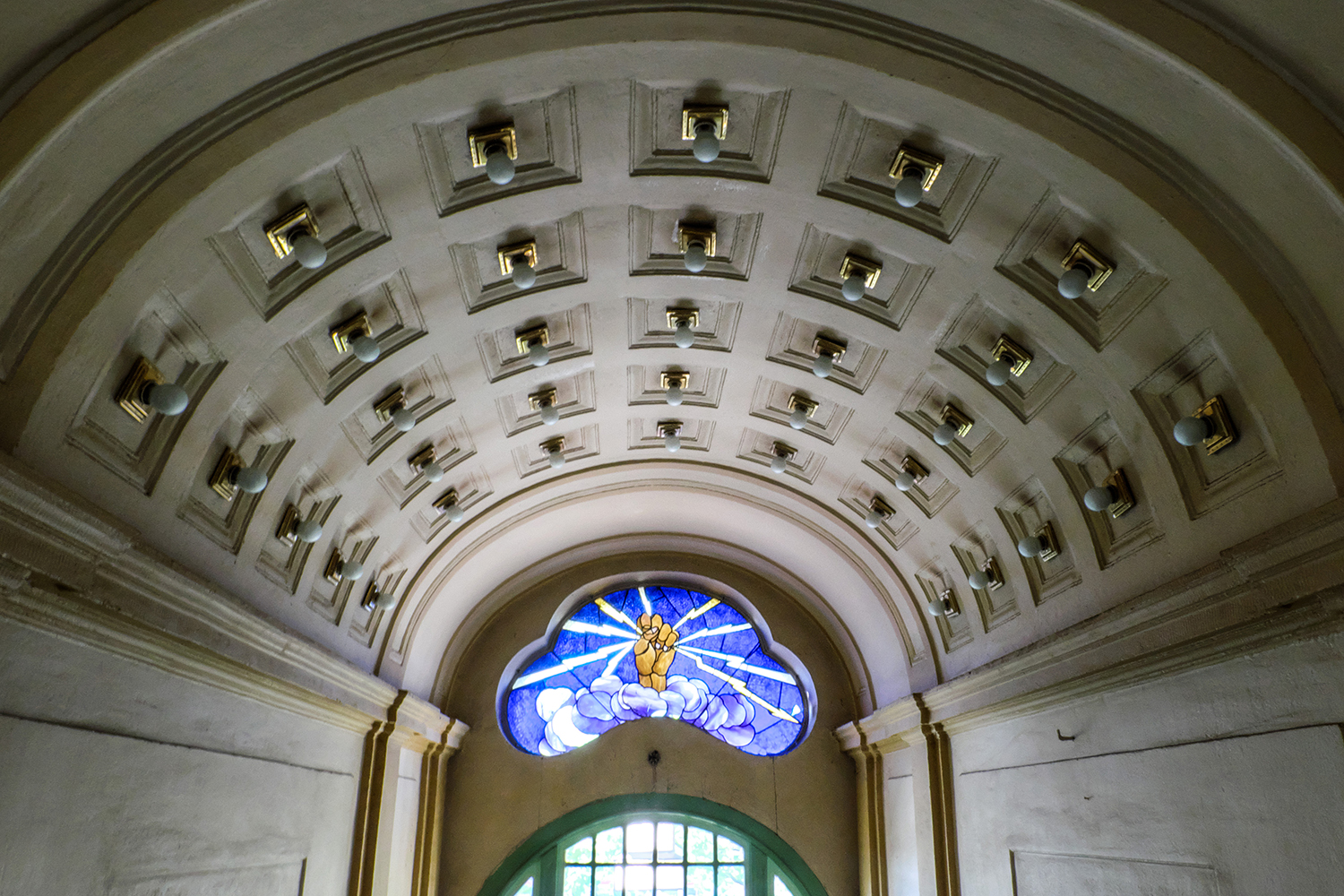 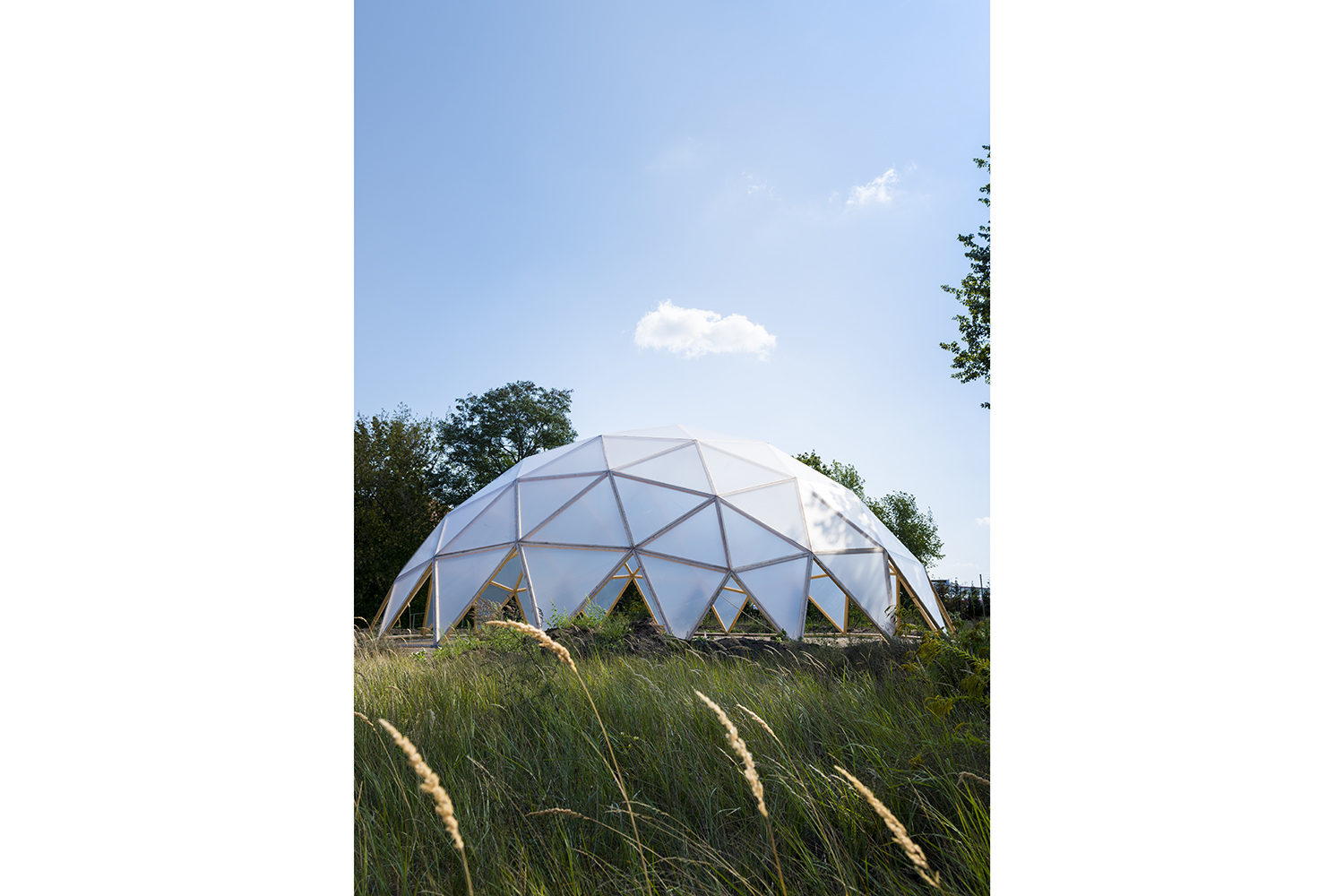 As part of this commitment to cross-border relationships, E-WERK invited Block Universe — London’s principal performance art festival — to organize a curated program of new commissions that would be initiated throughout the space during the opening night. “Responding to the current political climate, [we believe] it is more important than ever to demonstrate that art and culture bridges borders,” stated the Block Universe team, which includes Louise O’Kelly, Katharina Worf, Xica Aires, and Tatjana Damm. Through their commissioning process, O’Kelly and Worf became particularly interested in responding to the legacy of the power station, thinking about the relationship between social history and collective memory. They were particularly focused on the concept of “internal and external world-making,” exploring the virtual, psychic, and physical environments we might inhabit or create for ourselves. By taking over and creating a path through the entire building (including the street outside and the neighboring derelict Bauhaus swimming pool), the POWER NIGHT program sought to both activate and open up the space for new audiences, physically transforming and “powering” the institution as a venue for the arts.
The notion of kunststrom was first initiated by Wendel in 2012 when he established Performance Electrics, a not-for-profit energy provider that he sees as a kind of Gesamtkunstwerk, uniting conceptual art, industry, and activism. For the initial performance, titled COAL, audiences gathered in E-WERK’s Turbine Hall to watch a livestream projection of Wendel reactivating the infrastructure from the adjunct Engine Room. After it was reconnected, those who were situated near the walls claim to have heard the vibration of the energy beginning to rumble through the building. This was followed by a screening of Cecilia Bengolea’s Lightning Dance (2018), a short film that was shot during an extreme electrical storm in Spanish Town, Jamaica, in which dancers perform routines within the heavy rainfall, lightning, and thunder. Shown in tandem with COAL, the intensity of the landscape and the raw power of nature was an interesting contrast to the concept of harnessing energy through mechanical or institutional means. 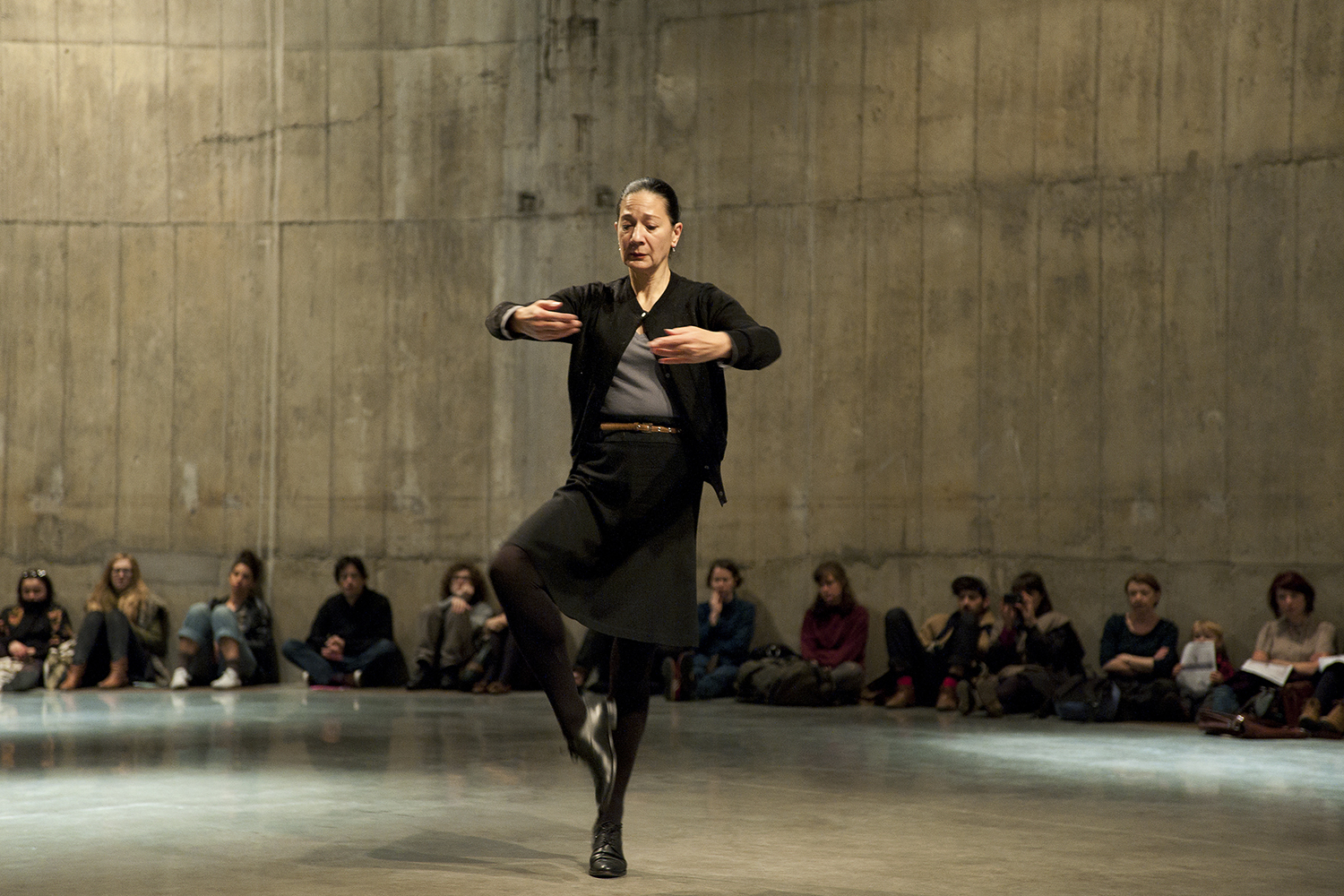 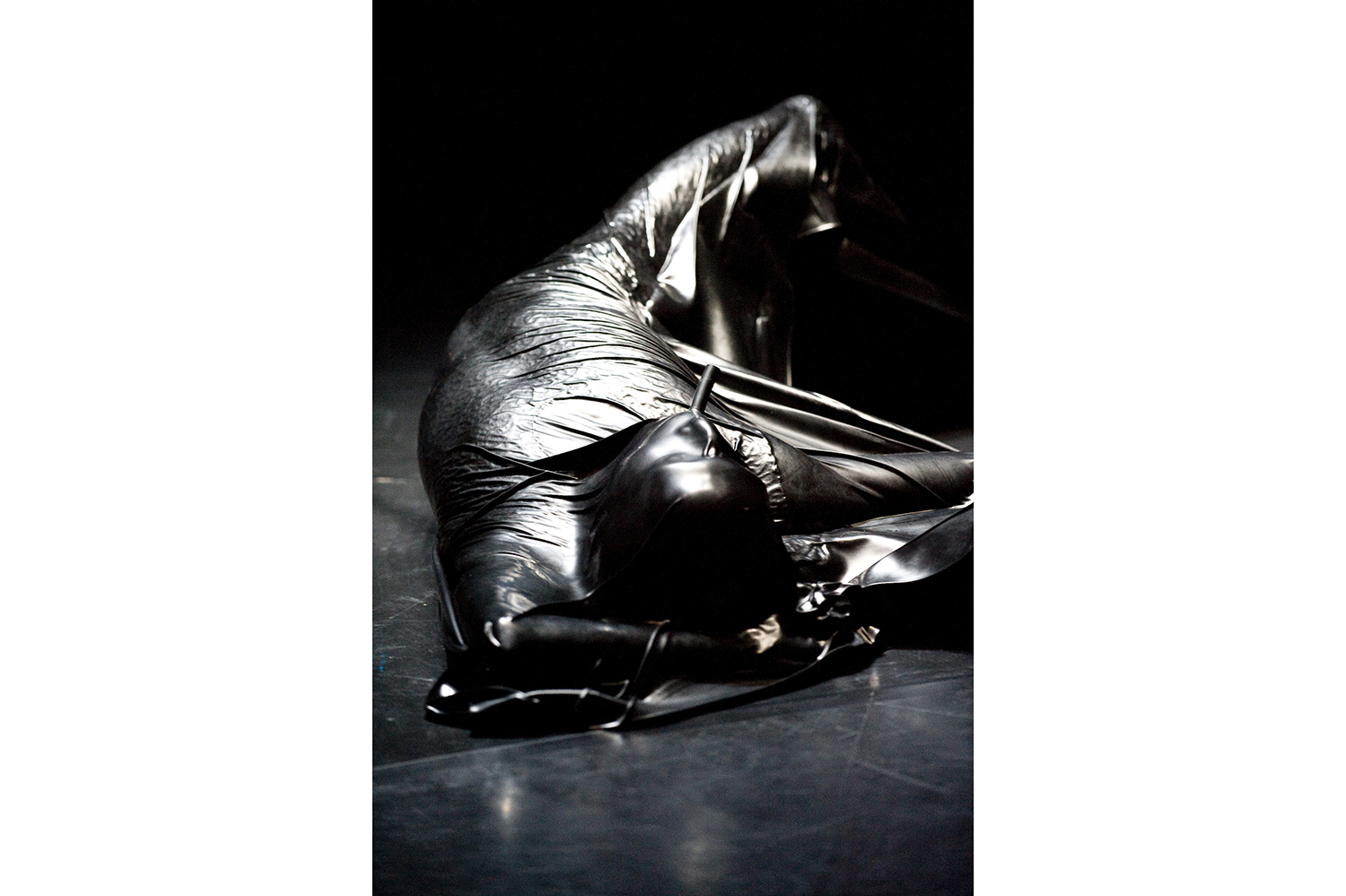 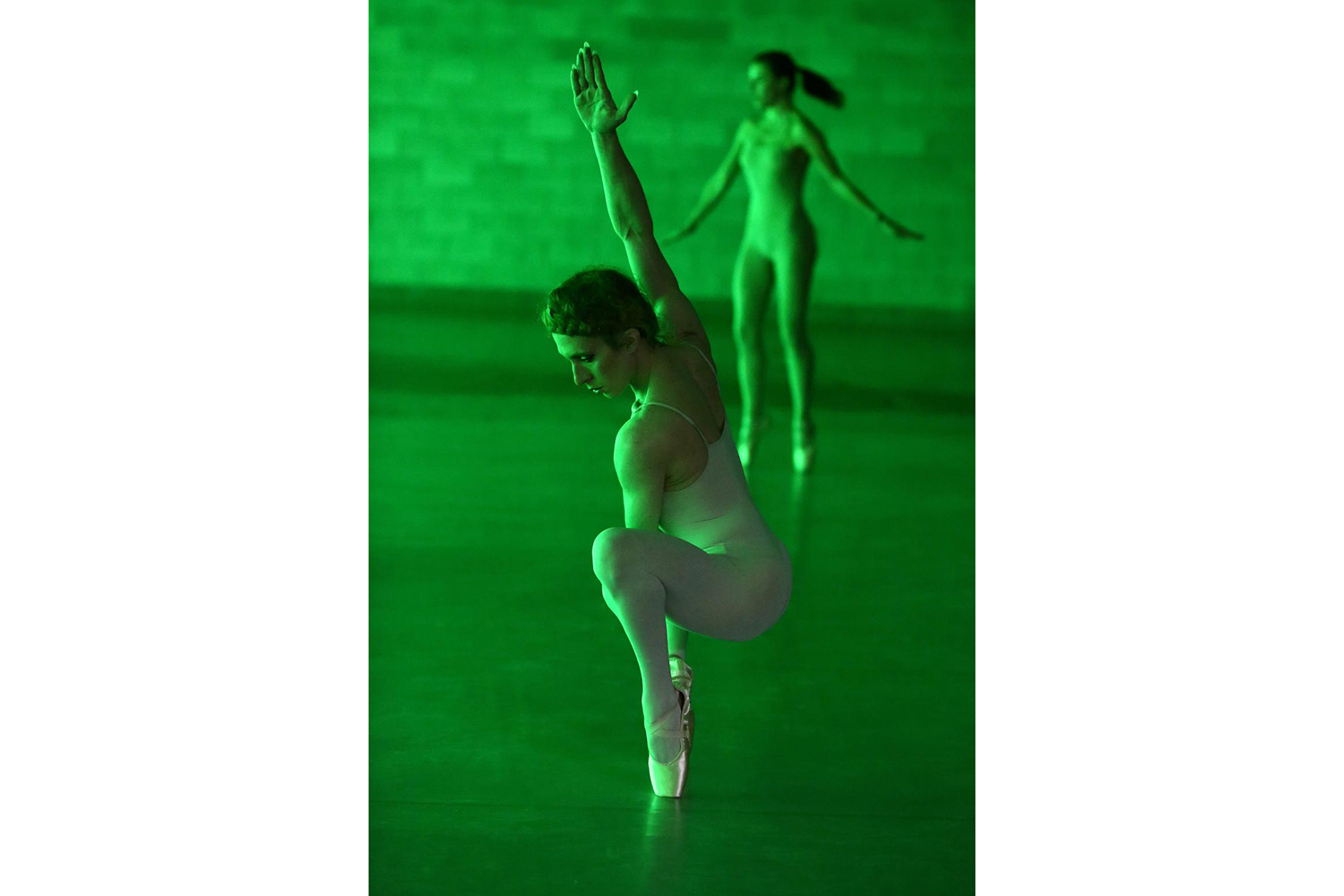 Other artists deconstructed variations of societal power structures, particularly paying attention to intersecting identities, e.g. gender, race, age, or the marginalization of individuals in relation to hegemonic sociopolitical issues or popular culture. Marikscrycrycry’s commission He’s Dead (2019) — an excerpt from a larger ongoing project that was initially instigated by the question “Was Tupac depressed?” — explored ontologies around blackness and queerness, looking at how those dynamics play out within societal tropes, and using a combination of choreography, dance, and live action as a method for exploring the nuances of marginal experience.
He’s Dead had begun on the street outside E-WERK, and then continued into the Turbine Hall. The specificities of the varied, idiosyncratic environments available to work from within the institution became a notable tool for the artists to play with, often as a means to amplify these concerns with notions of power and complicity. For example, Fernanda Muñoz-Newsome’s a body rites itself – phases of (2019) — a collaboration with artist India Harvey and sound designer Josh Anio Grigg — was performed on two occasions in the limited capacity Control Room. By restricting the amount of people in the room, and later inviting them to lie down or sit within the soft sculpture set, Muñoz-Newsome created an intimate space, in which the lines between the performer and the audience became blurred.
Rowdy SS’s 105-minute performance IN/TENSE/MINIMAL/ZERO, which took place in the swimming hall of the Bauhaus Stadtbad, also utilized the limited-capacity space as a means to evoke audience immersion. Exploring ideas of site-specificity — incense was lit, the lighting was minimal aside from a series of strobe affects — Rowdy encouraged the audience to sit inside the empty swimming pool, where they were given blankets, eye-pillows, and yoga mats, often leaving his equipment to move through and around their bodies, while the experimental soundscape surged through the speakers. 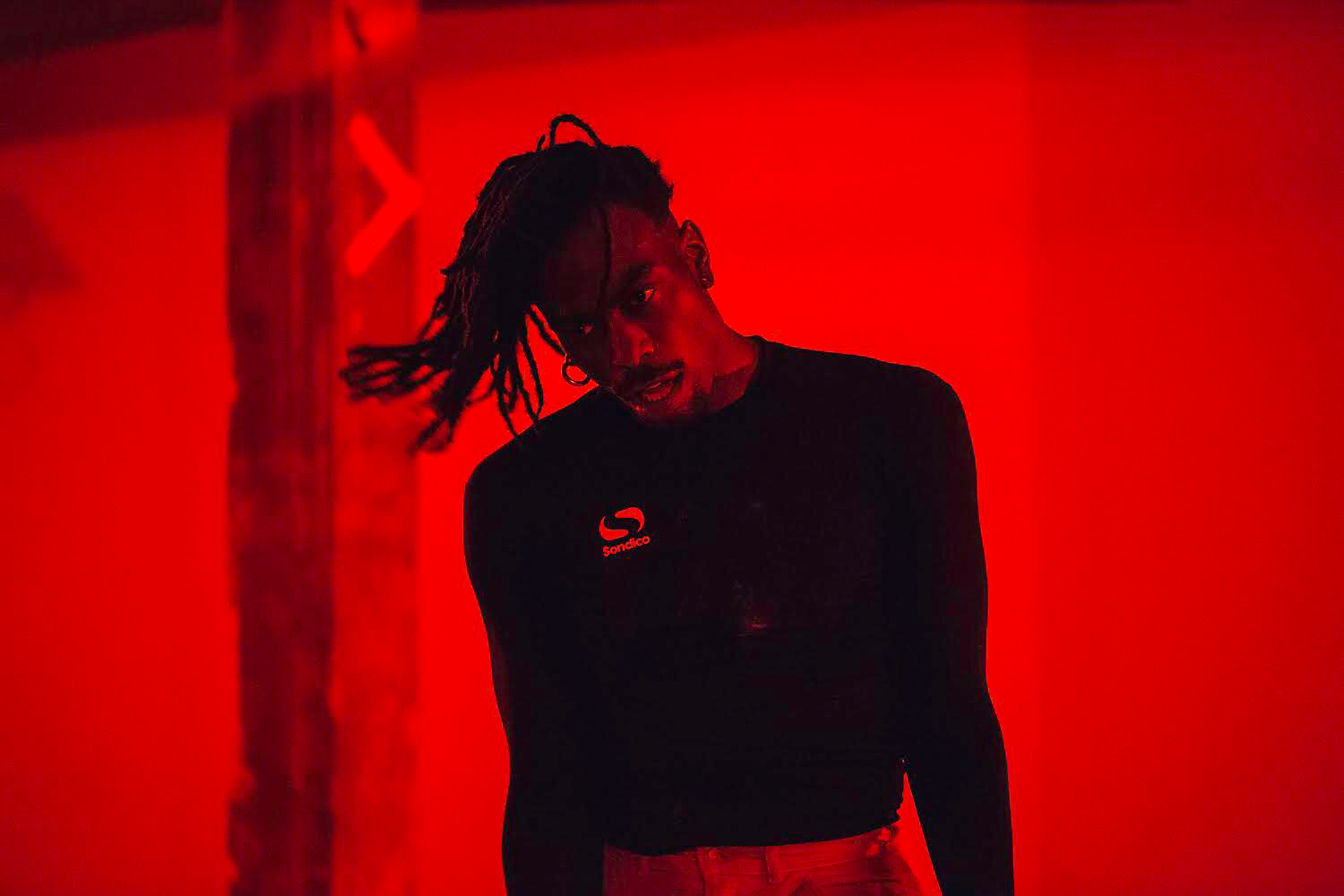 Nora Turato’s spoken performance, however, had taken place earlier that evening in the open space of the E-WERK courtyard, where she recounted a rapid and sophisticated tongue-in-cheek diatribe that conflated commercial slogans, quotes from literature, popular journalism, Twitter posts, and common clichés into a linguistic, rhetorical exercise. Turato’s conceptual performances provoke a feeling of the uncanny, even déjà vu, as the fragmented information feels familiar yet strange, often disrupted by her fast-moving cadence and enunciation. Interested in deconstructing the hierarchy of language and information, her unique blend of speech and song became an abstract manifestation of the disembodied, sensory overload which can manifest when scrolling through social media, while being inundated with advertisements, the endless news cycle, TV and film.
The rupturing of public space was key to Nina Beier’s Class (2019), which was organized to appear like an unexpected fight had broken out in the Turbine Hall. The staged intervention was choreographed by the artist in collaboration with members of two local wrestling clubs: RSV Hansa 90 Frankfurt (Oder) e.V and Luckenwalder Sportclub e.V. Disregarding the conventional categorizations of age, gender, and weight groups within wrestling and martial arts practices, Beier mixed the groups, encouraging the young teenage female wrestlers to fight with the men, as a means to undo contemporary allegories surrounding images of violence, authority, and identity. 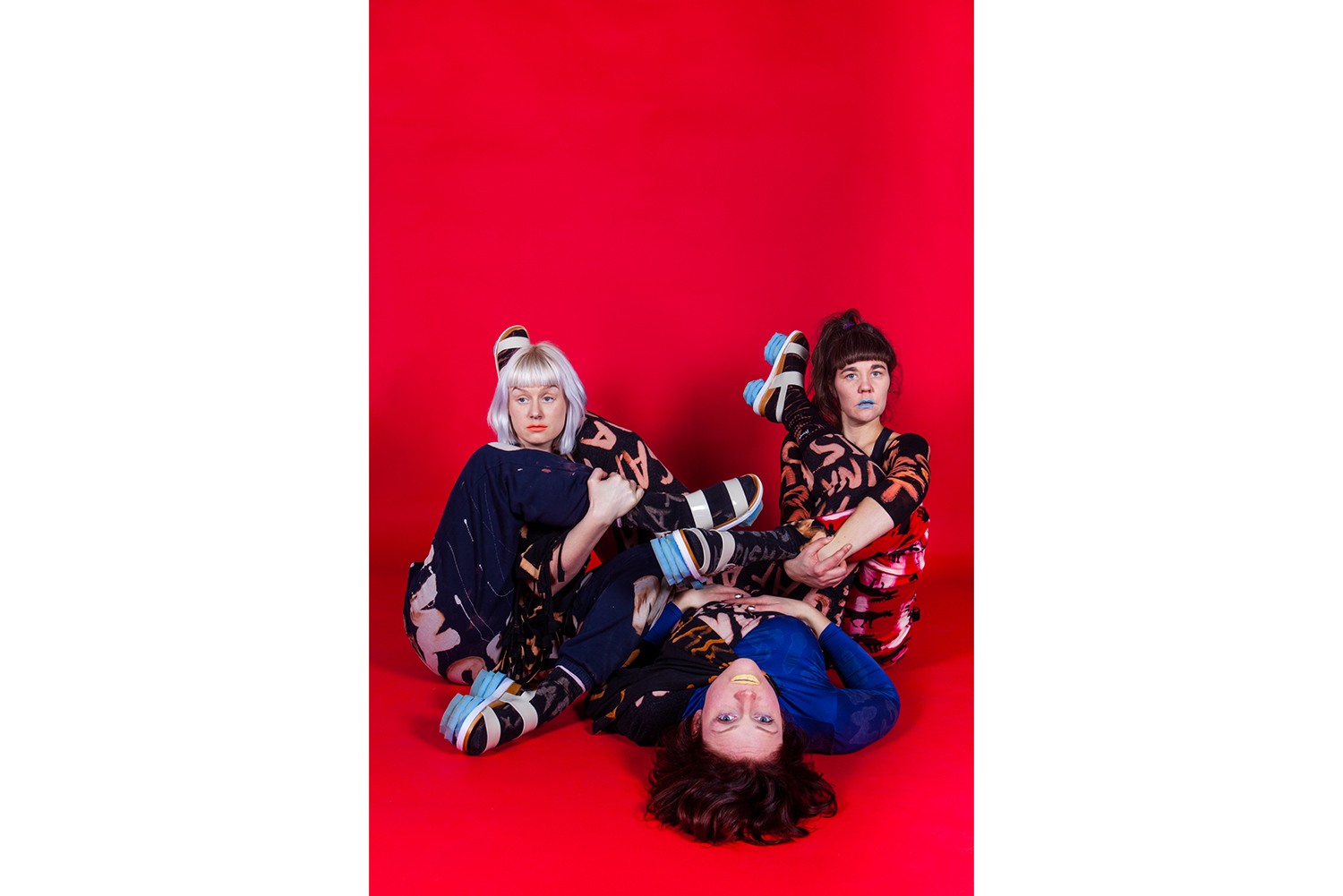 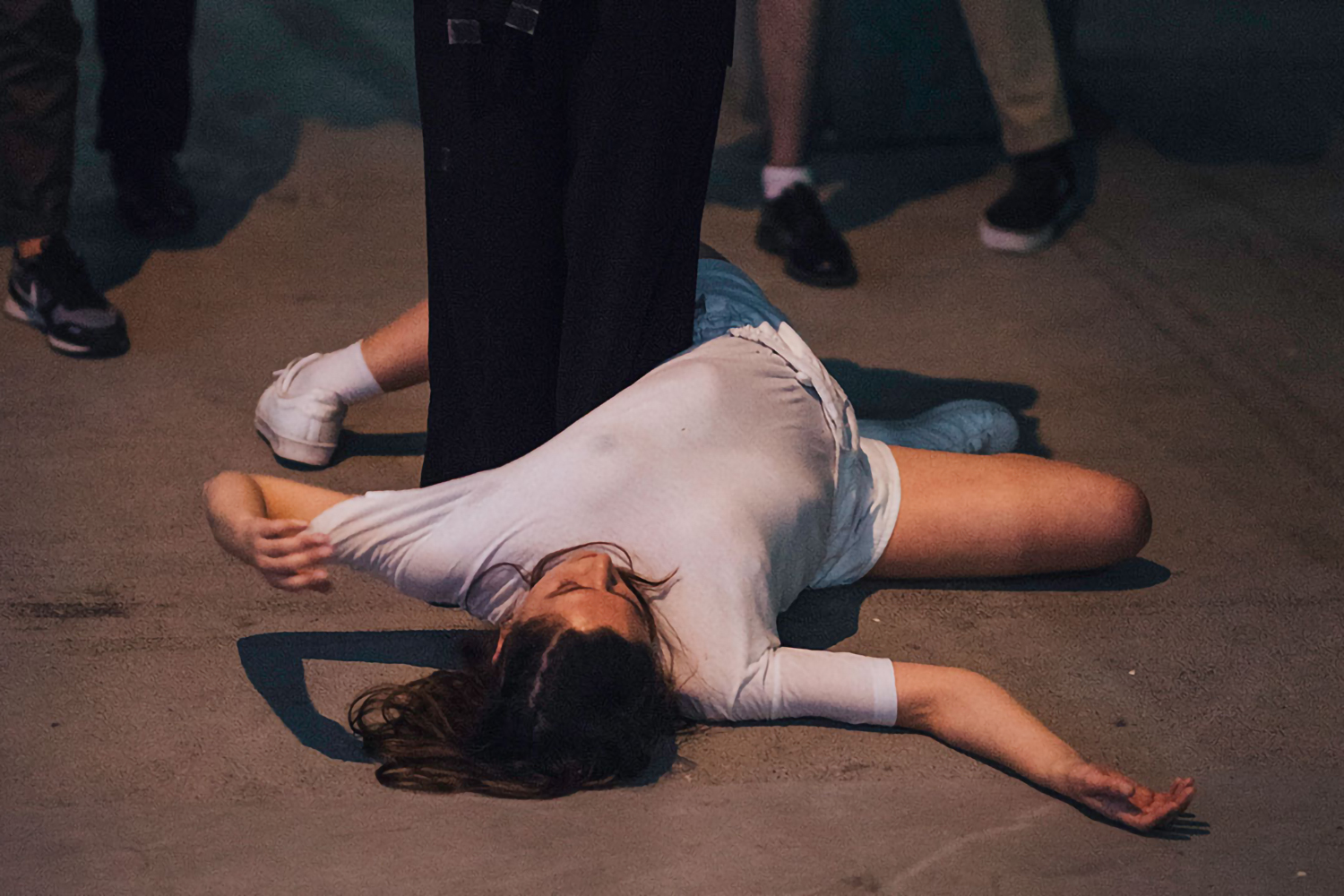 The experience of the wrestlers working in tandem to create a unified, cohesive image is an interesting comparison to Charismatic Megafauna, whose live dance-punk music set in E-WERK’s FLUXDOME ended the night, playing excerpts from their recent album Semi-Regular. In a critique of conventional band structures, and motivated by a genuine desire to learn how to play an instrument as a collective rather than independently, the three of them all share and play one drum kit. Comprised of Jenny Moore, Georgia Twigg, and Susannah Worth, they first formed after sharing frustration at witnessing all-male lineups at a so-called “progressive” festival. A fitting end to the evening, their reclamation and redistribution of power, merged well with the spirit of kunststrom. In the words of Wendel and Turner, “After all, energy is the purest metaphor for art there is.” Kunststrom für Alle! 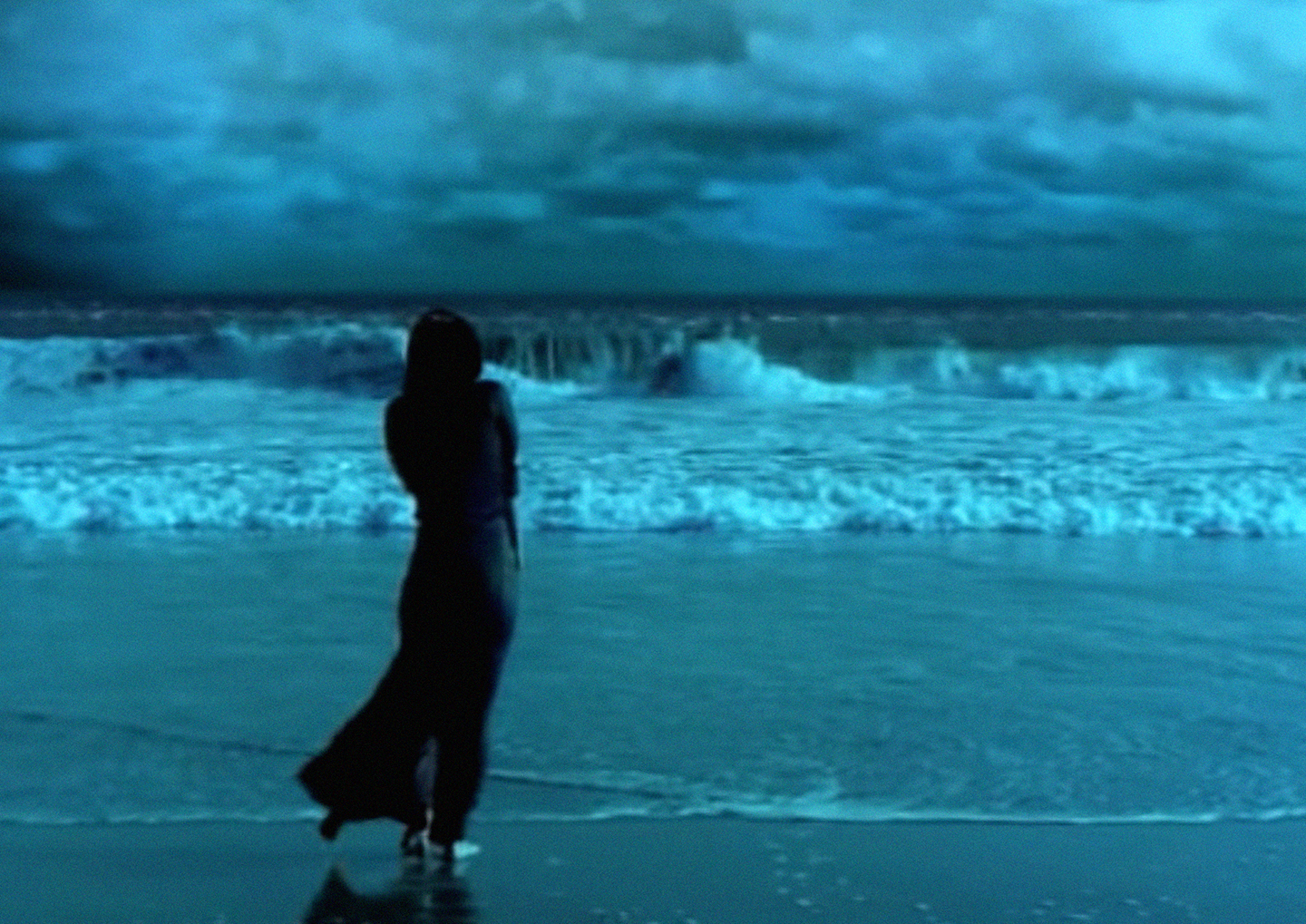 Movie Night is a column exploring film semiotics and thoughts about moviegoing in general. “Does Madonna drown herself in the… Movie Night is a column exploring contemporary film semiotics and thoughts about moviegoing in general. “How you live your life…