Even if James Lewis’s ideas and use of materials stay the same over time, “Sagas” (all works 2019) represents a change in his work’s tone. Here, Lewis shows us raw, decaying architectural figures often slashed with yellow spray paint. The site-specific work Times Are Legion matches the exact dimensions of one part of the gallery wall. It consists of large pieces of bleached denim taped together, pockmarked with circular holes. These cavities are sprayed yellow, sometimes filled with aluminum. 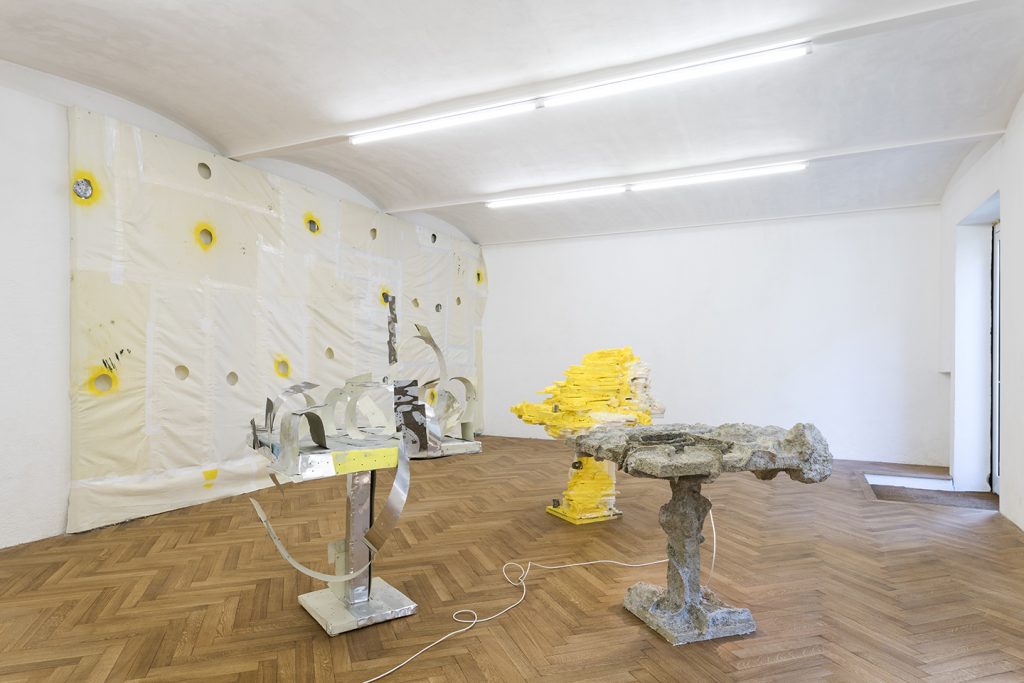 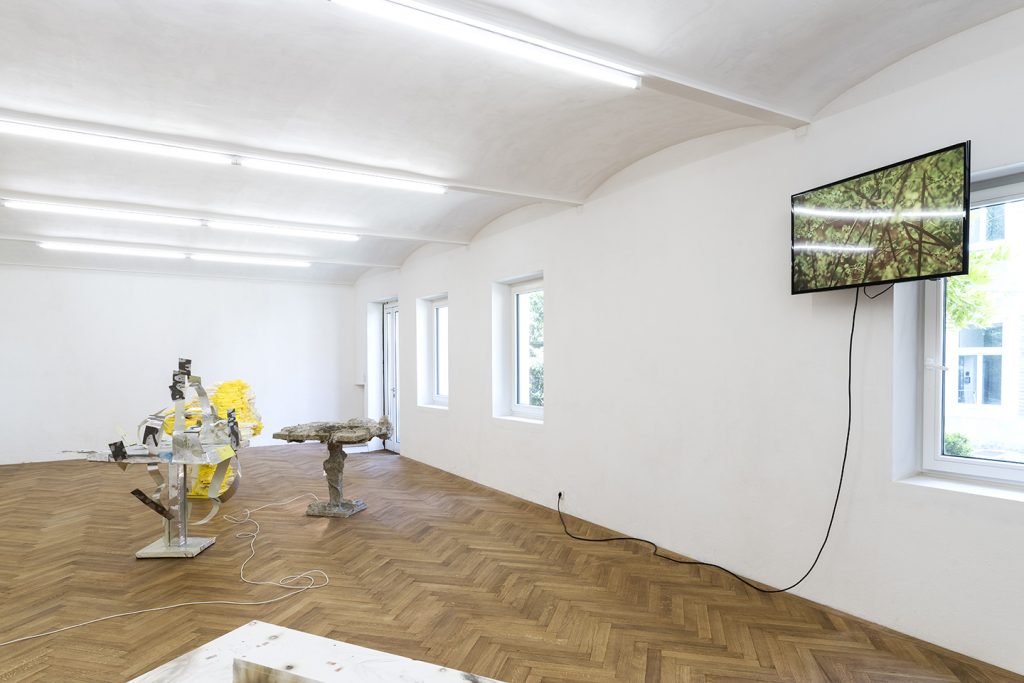 Each hole approximates what it feels like for two people to stand on the border between time zones, organizing their inner sense of time an hour apart. This is just one example of Lewis’s ongoing interest in the history of how time is measured — a key motif in his work that deserves to be discussed at length. The title piece, Lewis’s first video work, presents untouched, supposedly “timeless” nature interrupted by a kind of “holding screen” showing time as it elapses. Sagasis, however, very different in tone to the rest of this exhibition. Note that each work in the show is formally called A Challenge of Exacting, with the individual title following in parentheses. It is unclear, however, if they make up a series. 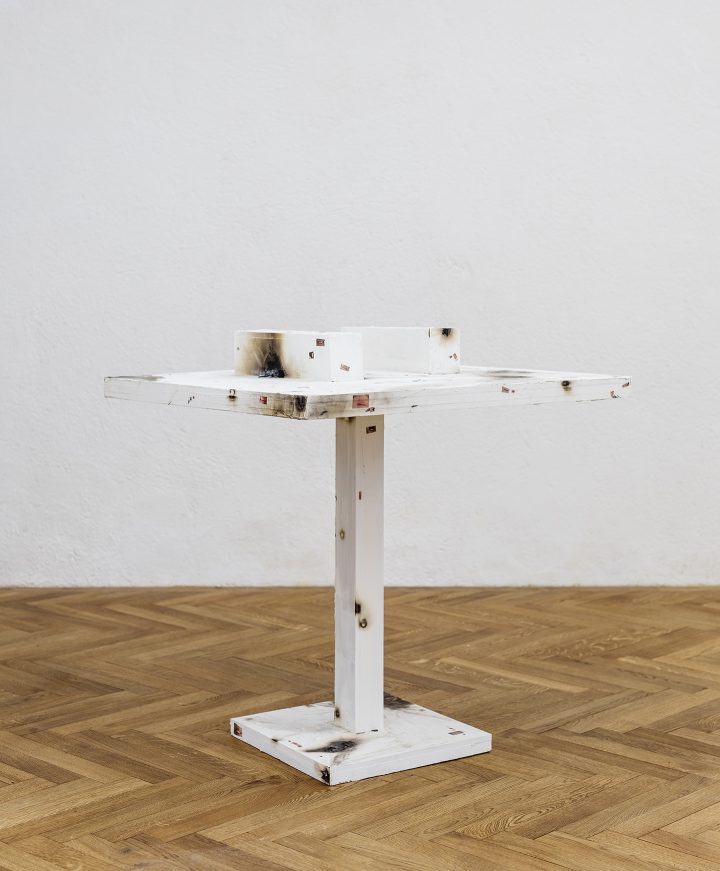 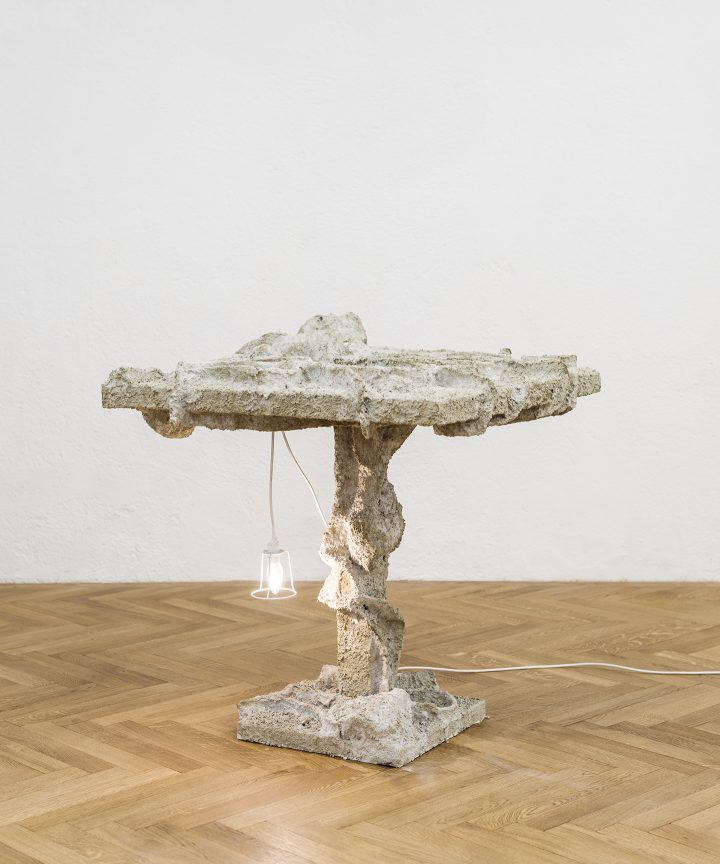 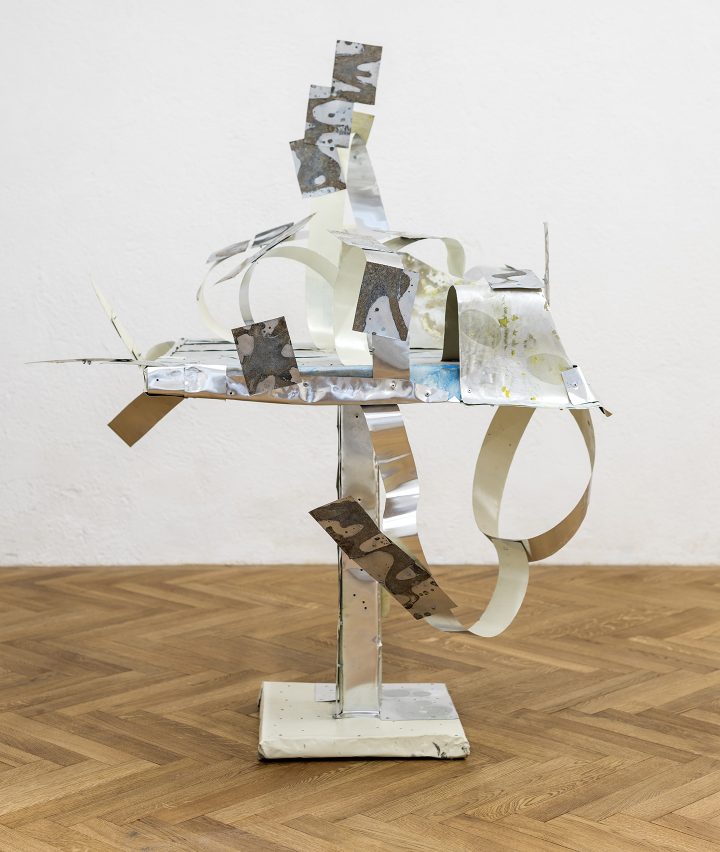 (Smoke) could be a scale model of a forlorn theme park, all twisted shards of aluminum held together by visible nails and bolts. (Insomnia), meanwhile, feels tragically unresolved, like a plan for a dream house recovered from a fire, scorched and covered in muck. (Stone) and (Pollen), however, both resemble the results of a doomed archaeological dig. (Stone) is a teetering plinth of polystyrene pieces crammed together with expanding foam. It looks like the ruins of some hideous folly, like the remains of a temple for people who no longer believe in the gods. The hollow forms of (Pollen), finally, suggest bowls or drinking vessels. They are filled with strange luminous ooze, as if they once belonged to a thriving civilization but have been left to languish for centuries after their society collapsed. 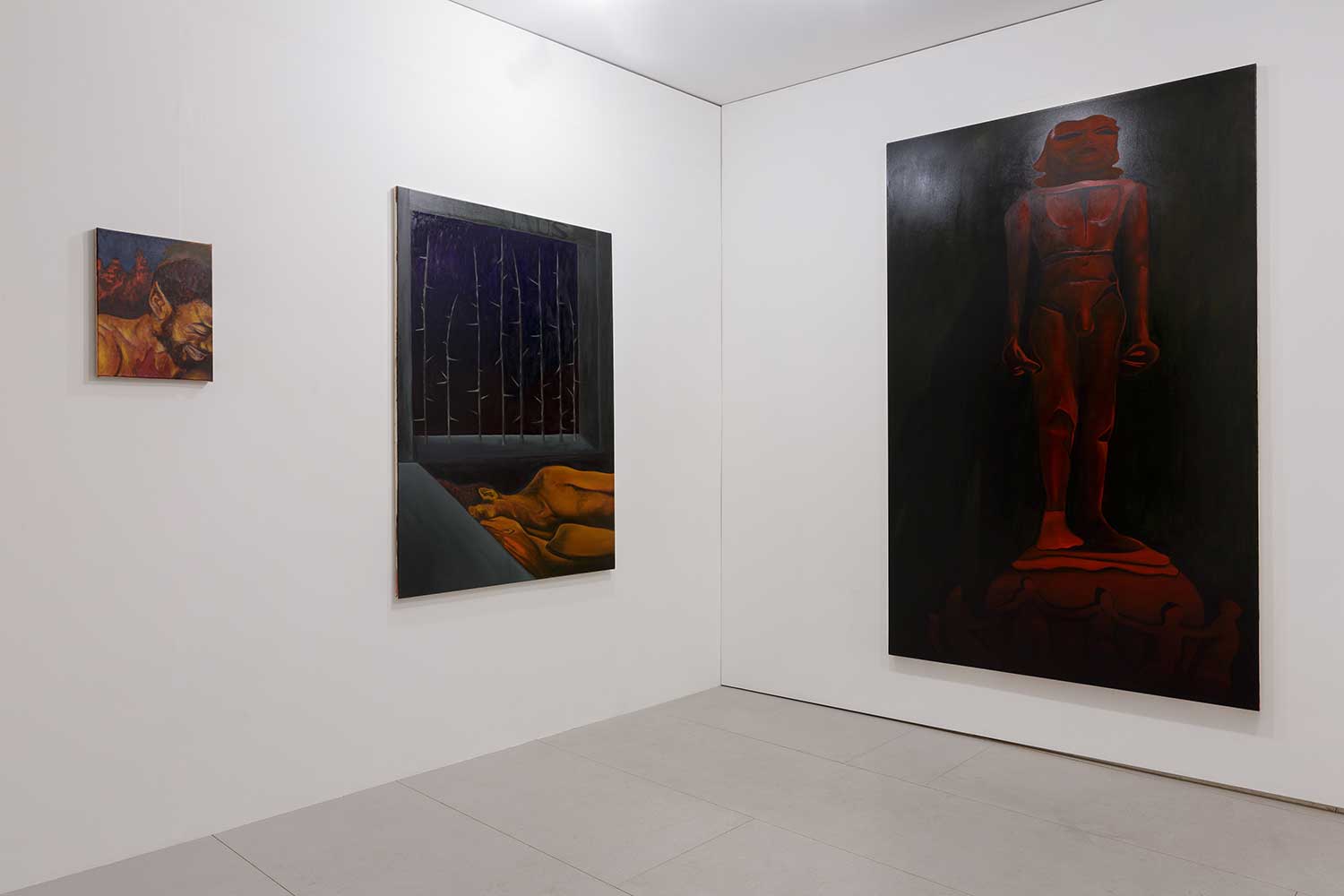 Used as the final shelter, the keep — a fortified tower common to castles of the Middle Ages — performs… 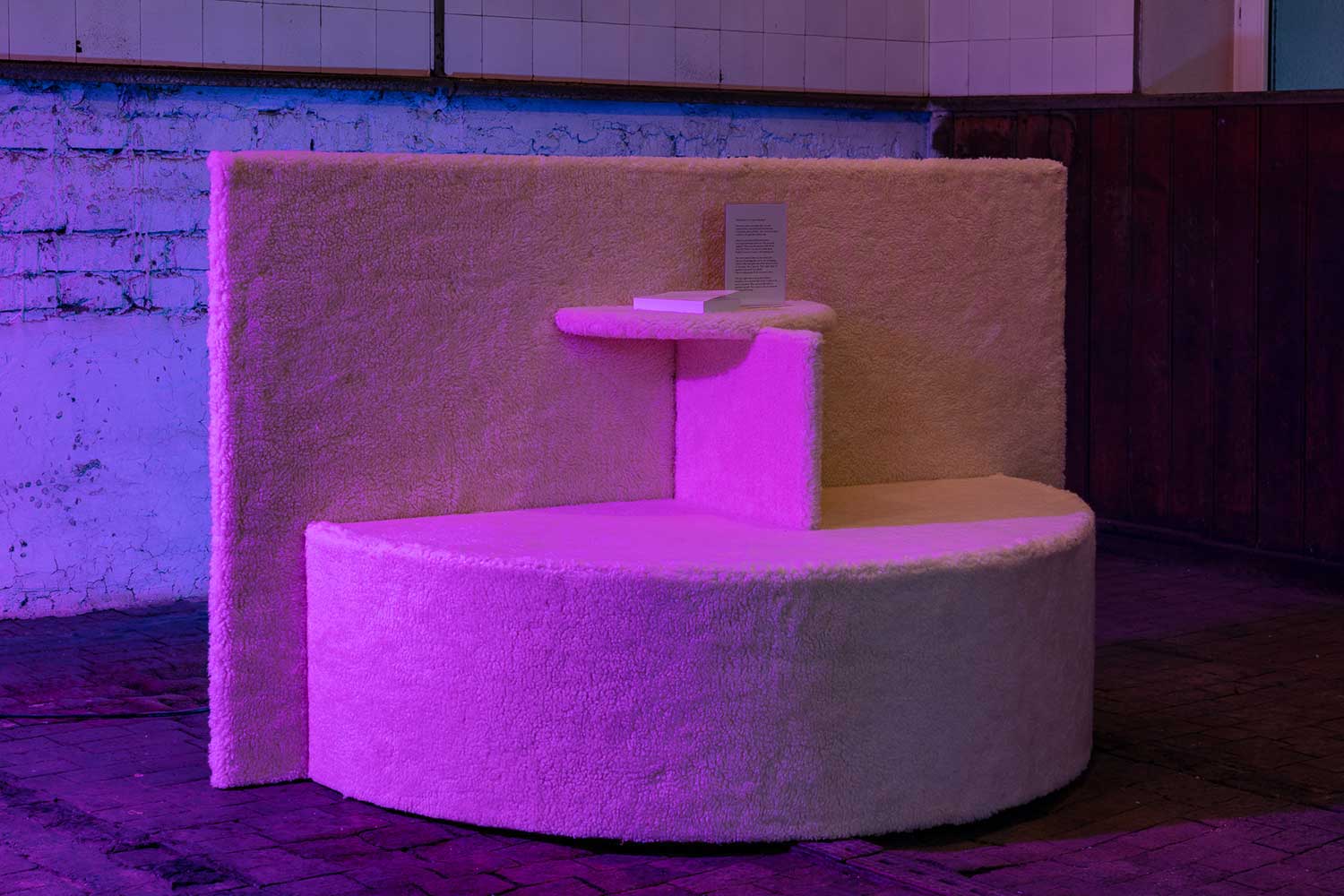 With the exhibition “RGB: Return to the gate following B,” Korean artist Jieun Lim does a lot with very little.…