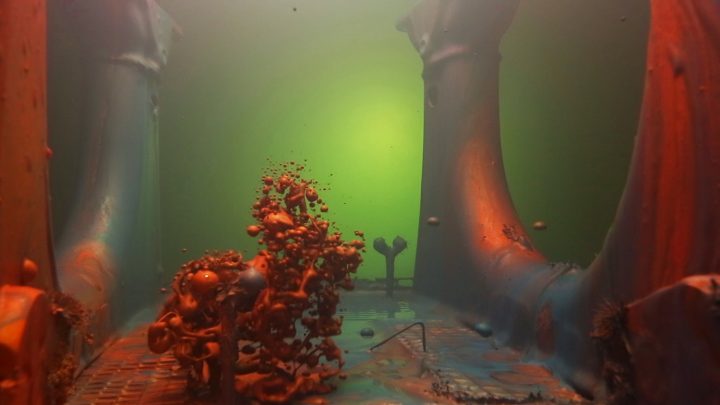 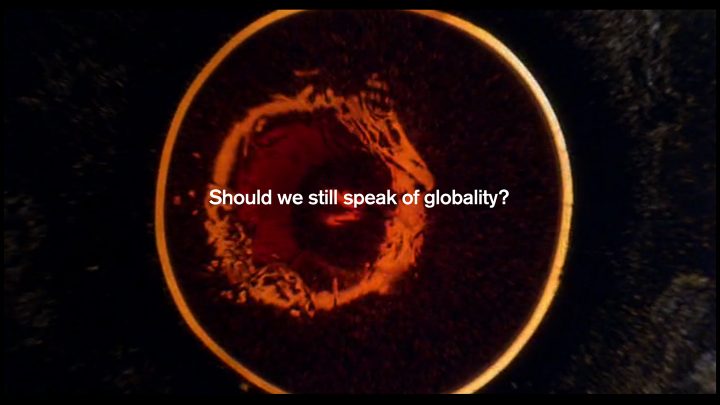 A new commission by Kunsthal Aarhus, “Host”does precisely what its title suggests: it provides a setting for a film program on climate change, curated by Condorelli, and for other events and exhibitions taking place in the gallery. A large-scale curtain in four sections envelops walls and snakes through the space in variable configurations. Semi-transparent shapes in blue, red, and pink pierce the light sage-green folds like colored windows. The installation continues Condorelli’s long-term investigation into “support structures” — display or organizational devices that enable our understanding of the world without us taking notice. In this case the curtain acts both as an artwork to be seen and as a careful framing device for the films. Collected in seven extensive thematic programs, these are documentaries and artists’ films that offer intimate and poetic observations on the traditional myths and rituals of rapidly disappearing worlds and the new frontiers dictated by the political, economic, and social forces that shape our changing environment. 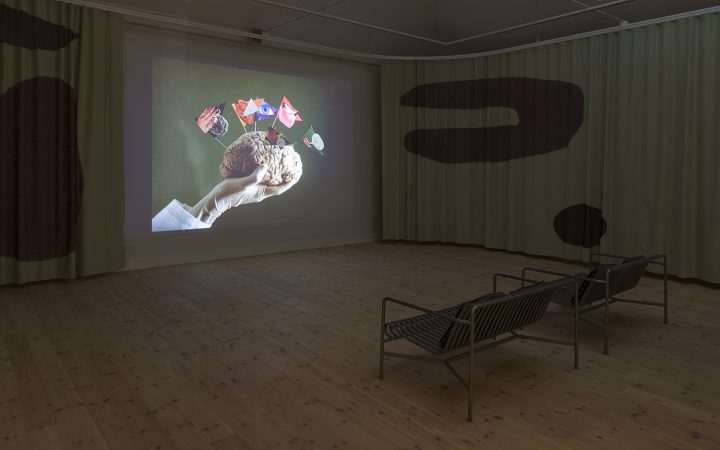 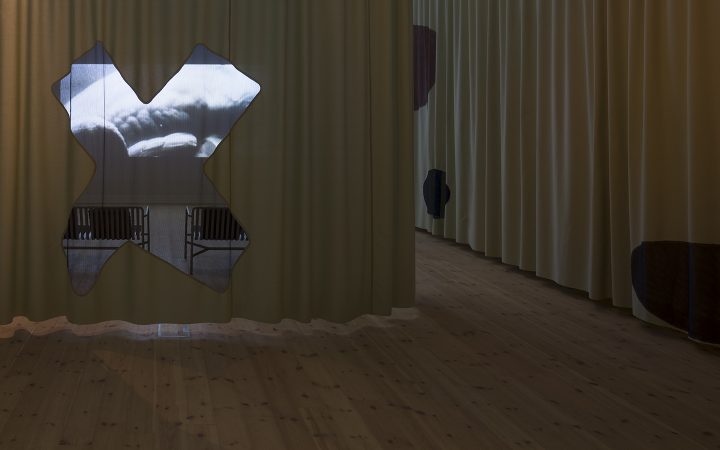 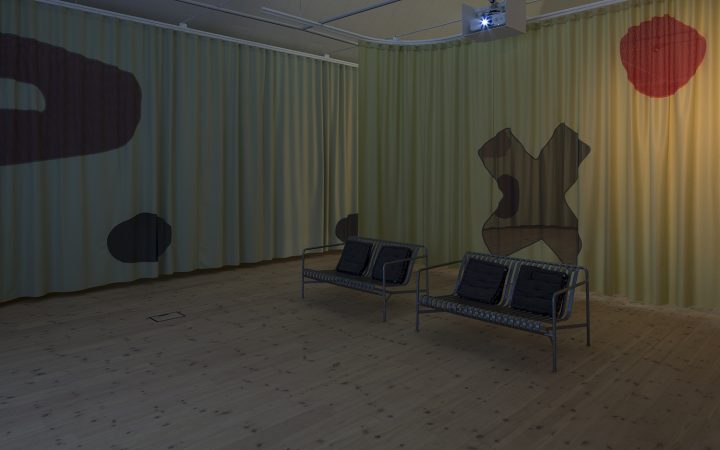 Inhabitants(1970), a short film by Armenian director Artavazd Pelechian, is featured in all the programs. The film is made entirely from black-and-white archival footage of animal species, first montaged in elegantly mirrored compositions and later in frantic repetitions of stampede scenes. Even though human beings appear only as blurred abstract silhouettes, the powerful editing evokes man’s violent disruption of Earth’s delicate equilibrium. The large colored outlines within the curtains are derived from shapes that Le Corbusier used to highlight texts on his radical 1925 Plan Voisinfor the demolition and reconfiguration of central Paris. Here, they act as a reminder of how the world we live in was shaped by the unintended consequences of the modernist paradigm with its notion of progress as boundless growth and renewal.
Condorelli reappropriates Le Corbusier’s visual vocabulary as an act of transformation — a critique of the once-revered power of human beings to control and reshape the environment — and uses it to frame a set of positions that question our ability to live on this planet without destroying the system that sustains us. 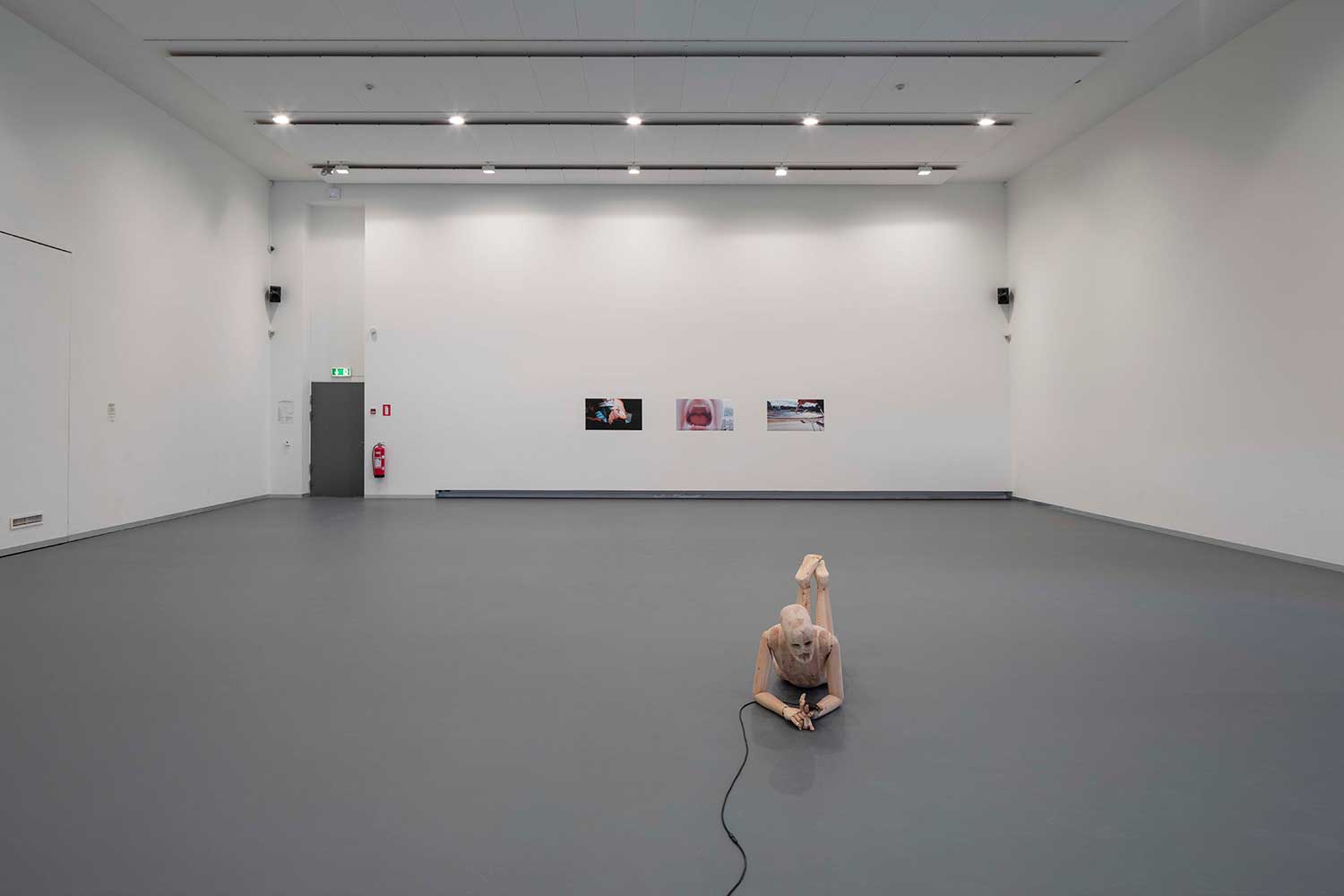 The last of the trilogy of exhibitions presented under the rubric “PRE-ORDER I–III,” the first mounted at Kunsthal Aarhus in… 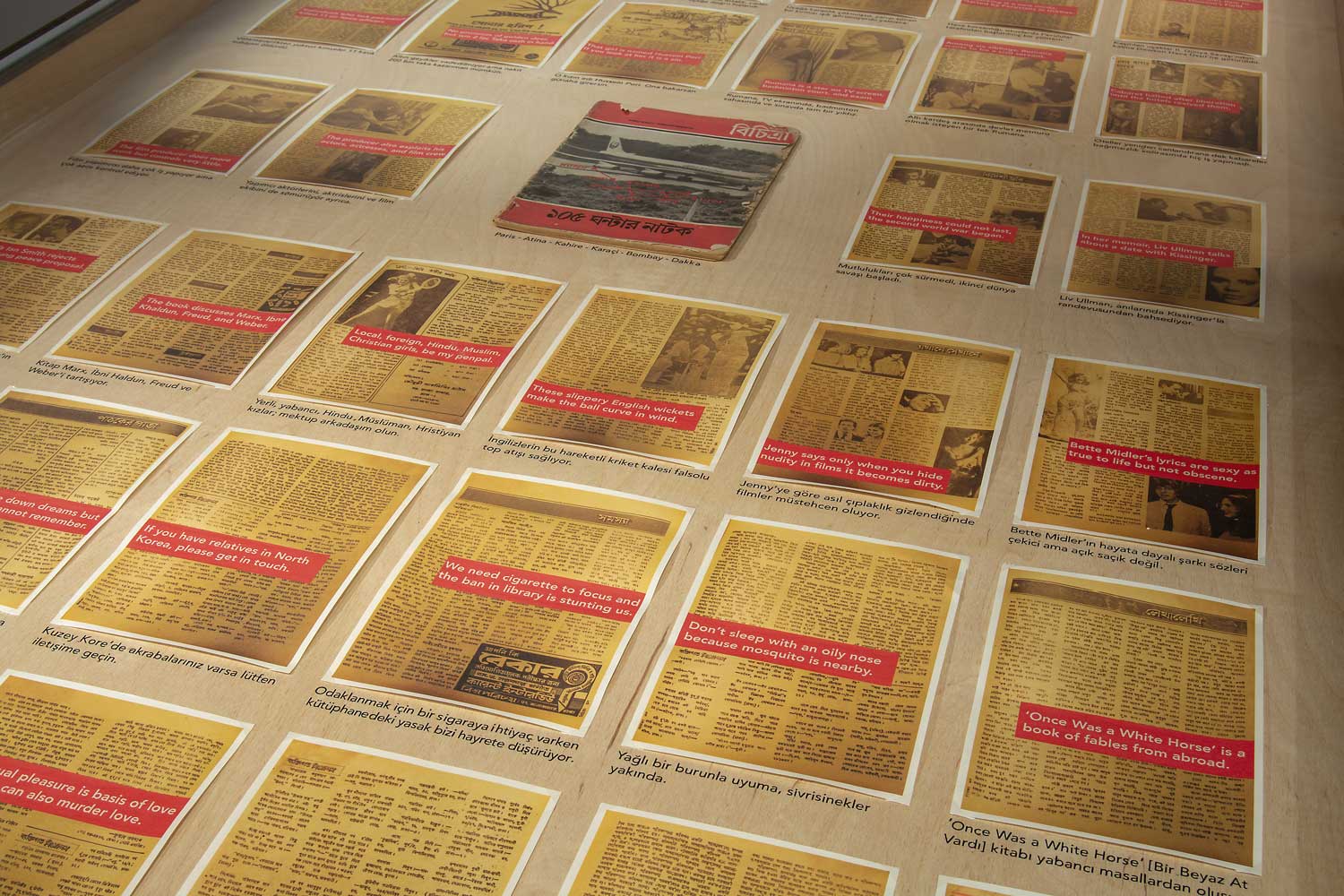 Considering three particular moments in the intersected histories of India, Pakistan, and Bangladesh — the 1905 partition of Bengal within British India,…