Used as the final shelter, the keep — a fortified tower common to castles of the Middle Ages — performs a last-ditch attempt at sanctuary. That this should exist in the center of a castle braces against the possibility of impending destruction. The keep had another historical usage: to incarcerate prisoners. A space reflective or representative as refuge, yet structurally binding or imprisoning, coalesces in Lewis Hammond’s paintings.

Given late capitalism’s reterritorialization of everyday life, the “outside” reads as antiquated. Hammond’s vignettes reckon with such claustrophobic contexts: the insinuation of the segregated, disenfranchised individual into a totalizing whole. Drawing from his own experience and black history, Hammond lavishes the excluded with wounding focus. This does not reveal a clearer case of visibility. Rather, Hammond’s attention to the body is fractious; it is splintery and nettlesome, yet tenebrous and nebular. In Safe Haus (2019), a sallow-toned couple lie naked together, the figures flattened and stretched as though meeting the ground, dead. “Safe Haus” is engraved above a window made with hawthorn branches. Some genuine reflection on material existence: the haus unmoored, the haus unheimlich. 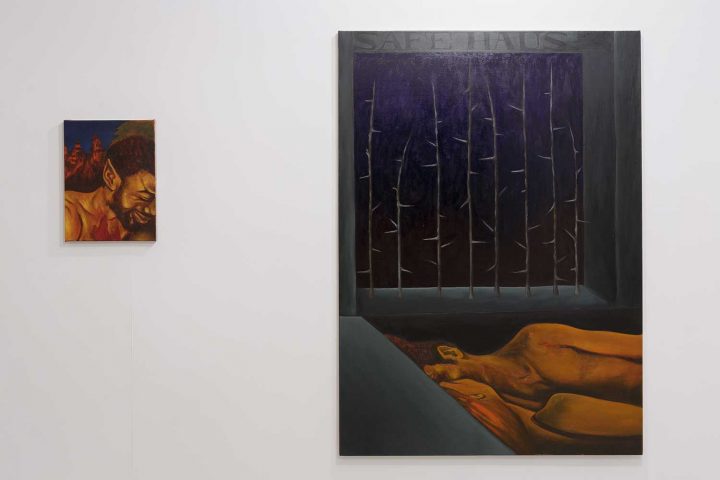 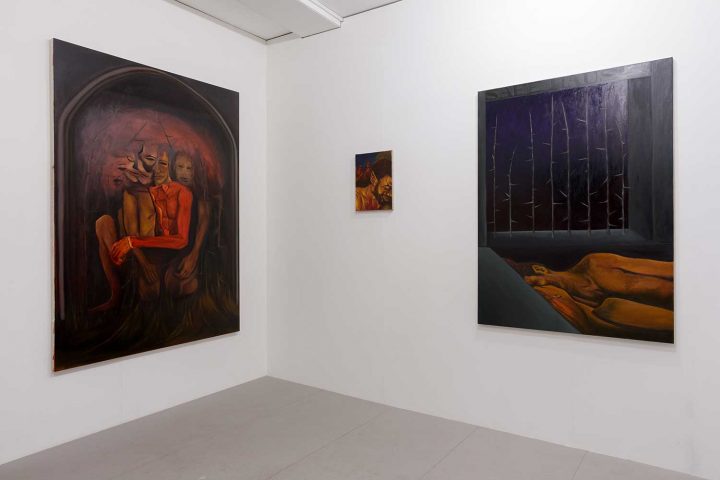 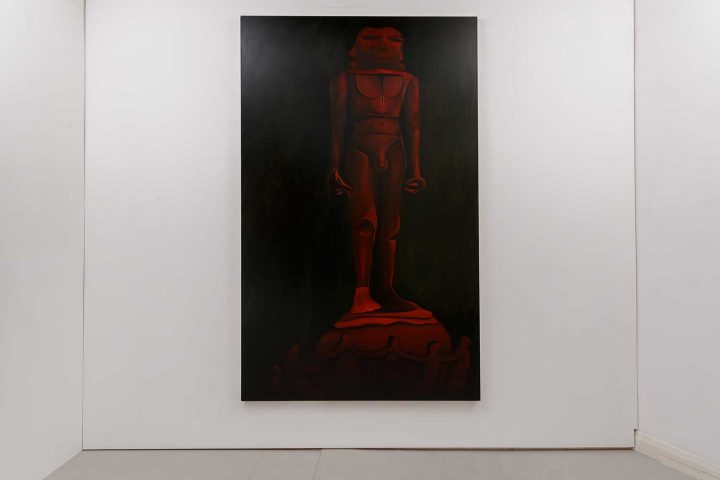 1
2
3
4
5
Lewis Hammond, ‘Every Second, Every Minute, Every Hour, Every Day, Every Week, Every Month, Every Year’, The Keep, Arcadia Missa, London 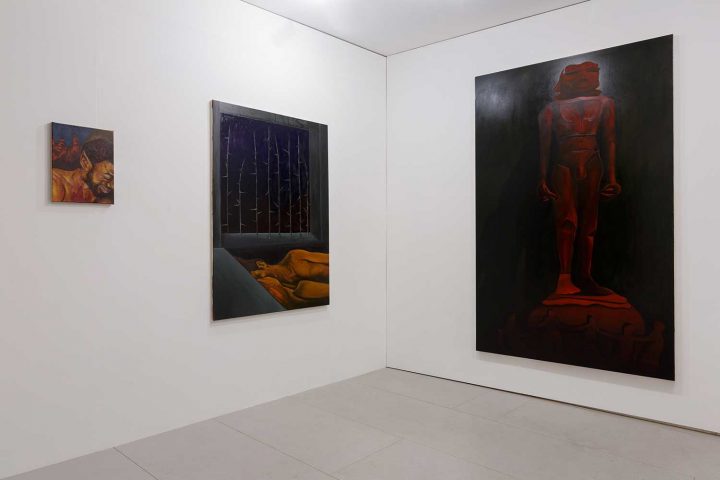 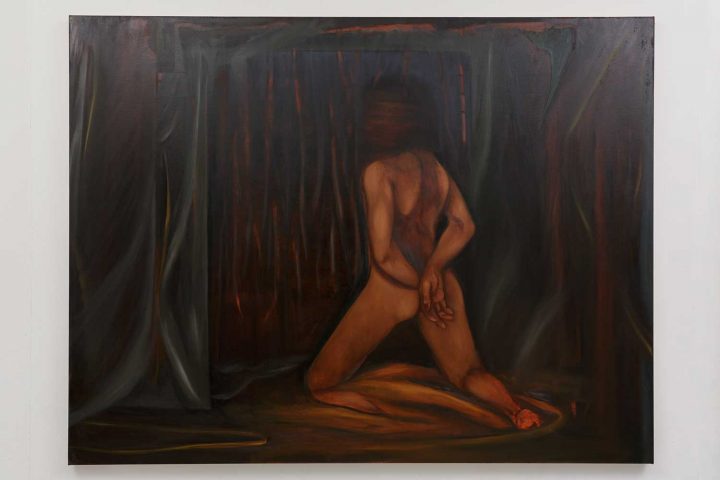 This Sisyphean reeling tips Hammond’s painting into a weltering fold of representation and affect. The internalization is rattling and otherworldly, yet the infliction is plain as day. A slow-motion implosion, the self is disturbed, malformed, slandered. In Putting Myself Back Together (2019), faces multiply in swarthy vermilion like an expanding concertina. The bulky, kneeling figure is a blackout in a cave, the lips and eye sockets mutilated in and out of existence. The central figure’s torso and left arm — half offering, half shielding — appear to burn alive.

Hammond’s potent palette and asphyxiated forms ventilate the struggle to let suffering assume space. It is thistly duress stung into blunt realization. The intensity is so final in the simplest painting: two hands appear to massage a back, all skin pine-green, but the thumbs turn unearthly, melting deep against the spine, raising the oppressed shoulder blades. Masquerading as palliative, one swift motion bends into deliberate violence.

As demonstrated by Olafur Eliasson’s The Weather Project, Tate Modern is establishing itself not just as a museum, but also…