Last words may seem like an odd way to begin a review, but while visiting Beth Letain’s exhibition “ultrapath” the reputed last words of J.M.W. Turner sublimed to the surface of my brain: “The sun is God.” Over the ensuing centuries there has been some dispute about what the English master actually said — and what he may have meant — but the fascinations of light remain among the most enduring of painterly subjects. The titles of Letain’s grand, often gently humorous works attest to her own solar devotions. Perihelion, today the sun rose at six fourteen, and two paintings entitled Dayfall (all works 2019), one a block of uneven magenta, the other a murky purple, all reference the sun directly; but as scholars of language would point out, reference and representation are often radically distinct concepts. Letain’s paintings eschew figuration, and the exhibition text by Sarah Hollenberg speaks the language of modernism. Letain’s abstraction is of an omnivorous sort. The viewer could just as easily draw connections with the work of Peter Joseph as with Jason Martin or Helen Frankenthaler. 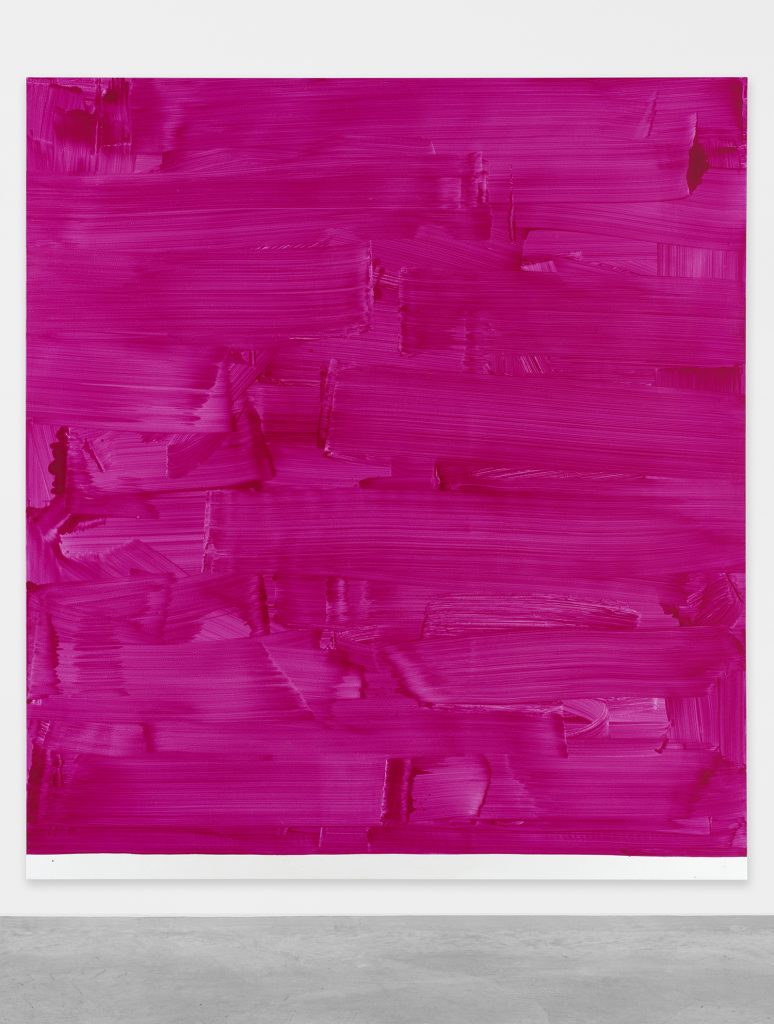 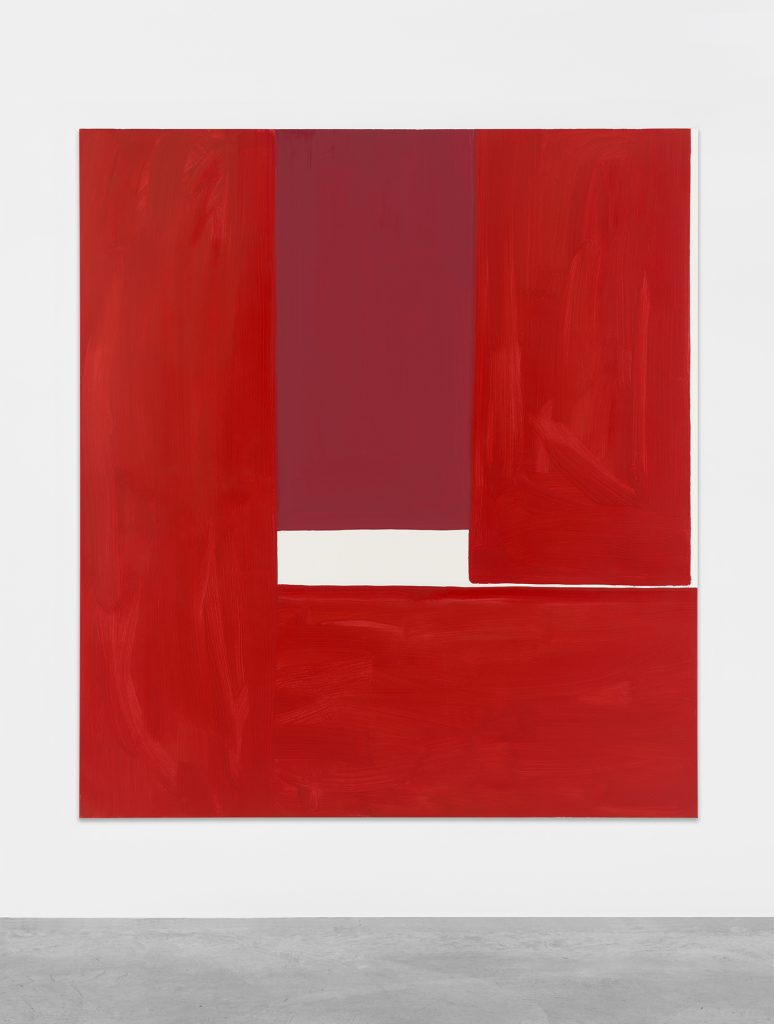 Such dialogues only tell part of a story; Letain’s voice is her own, which is all the more impressive considering how little she gives the viewer to work with: a stack of rectilinear reds in precarious, parallel columns in Perihelion, a warren of square red cells of different sizes in Antidote. At times, to borrow a phrase from Gertrude Stein (who once said of Oakland, California, “There’s no there there”), there are times when there is not enough “there” in Letain’s canvases to truly credit their there-ness. The Dayfall paintings are a case in point. They seem to want to have things both ways: asserting the painterly hand without necessarily justifying its presence. However in works where Letain leaves regions of the primed canvas visible, as in Lifeform and Blushing Invaders, a more eloquent dialogue of painter and pigment emerges. Rather like the first streaks of morning sunlight, these intrusions of the support render what they touch into sharper relief and succinctly clarify Letain’s role.

It’s a truism that nothing dates faster than pop culture.