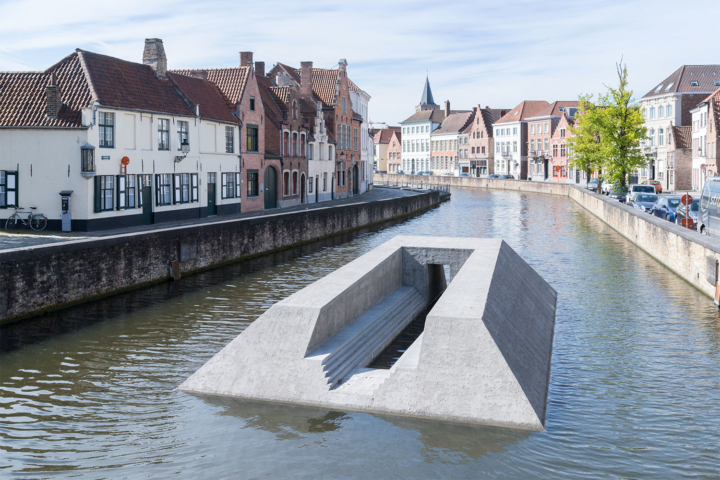 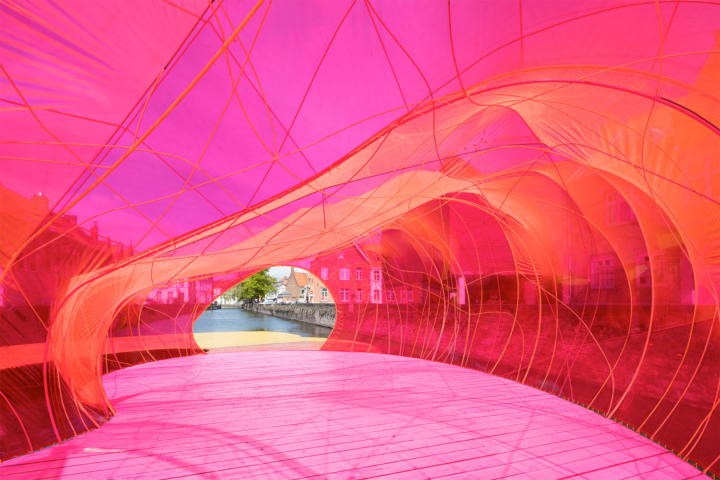 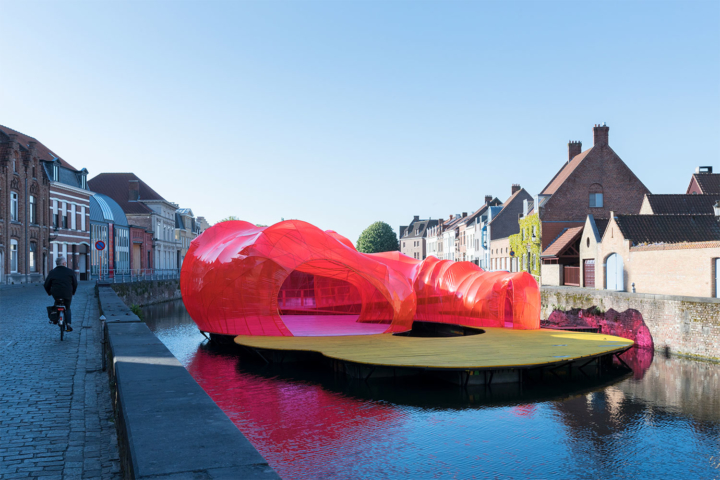 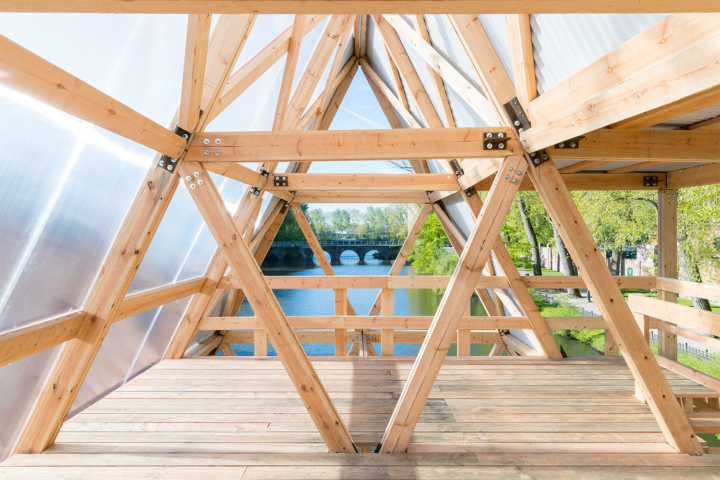 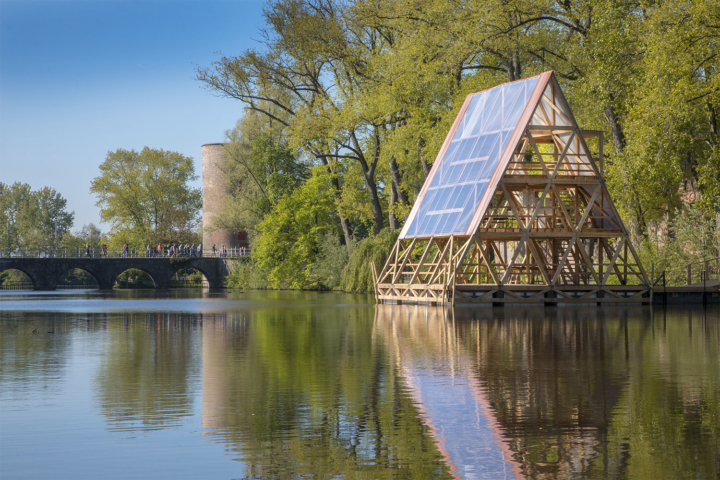 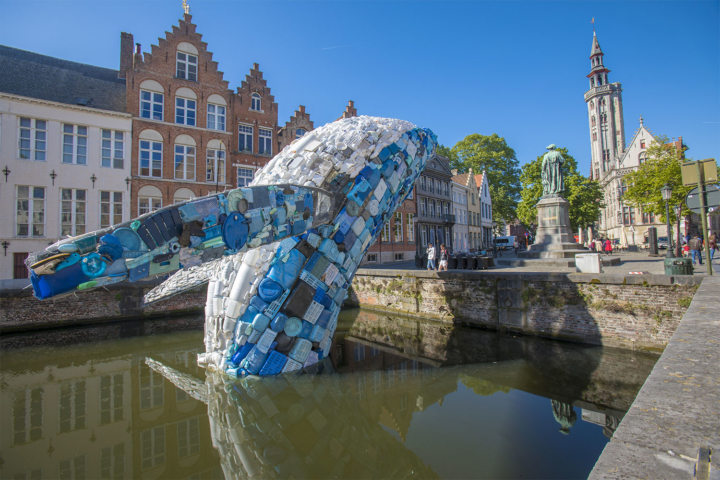 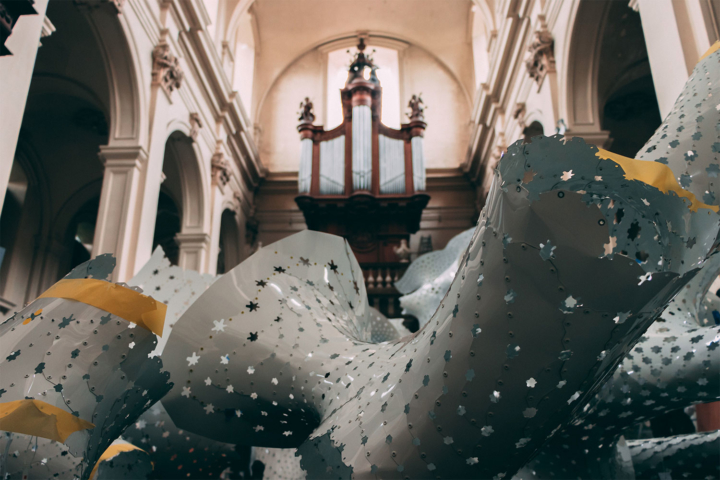 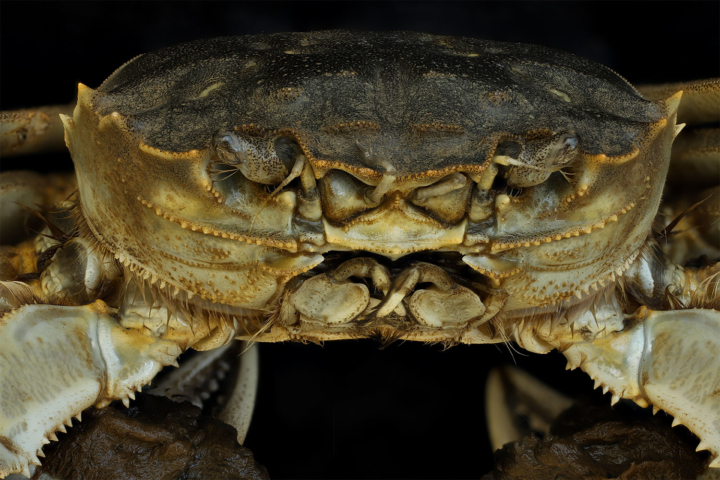 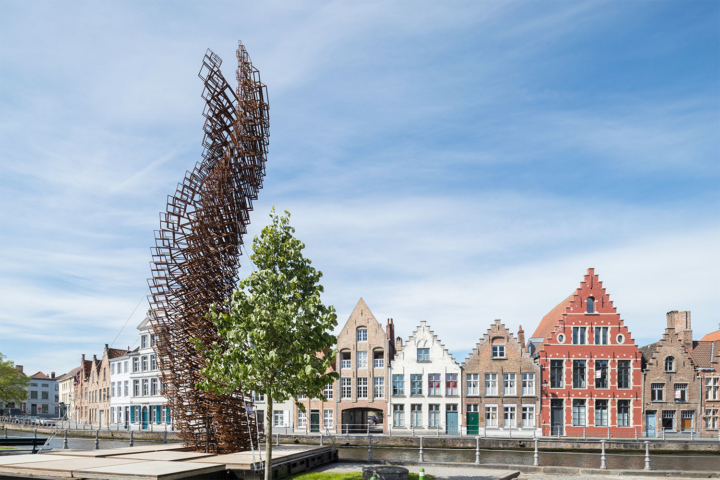 Zygmunt Bauman’s Liquid Modernity was first published in the year 2000. As described in the text, “modernity” was the natural conclusion of postmodern man, who imploded in an oscillation between overcoming modernism, which ultimately failed to fulfill its promises, and a hyper-self-awareness of future failure.

The “liquid society” derived from society’s inability to take form, manifesting only through expressions of extreme individualism — the only viable way for a society to rebuild itself from the ruins of the last “ism.” From Bauman onward, it has become difficult to think of the word “liquidity” without registering implications beyond its literal meaning. His definition has continued to ring like an empty truism, often deflated under its own theoretical weight.

For the second edition of the Bruges Triennial, “Liquid City” is both the title as well as the incipit upon which the exhibition is developed. The Bauman label here functions mainly via its metaphorical readings: applicable to the difficulties Bruges must overcome as a city suspended over water, the weight of its melancholy past (recall Bruges-la-Morte, or The Dead Bruges, by Georges Rodenbach), and its outlook toward the future. The adjective “liquid,” if it is indeed a reference to Bauman, sounds almost like an epithet; yet if we instead limit ourselves, as suggested by the curatorial statement, to simply thinking of Bruges as a city on water, we might avoid overanalysis and theoretical quagmire.

The premise of this triennial is primarily one of reconsidering a city in a way that projects a new future. This is rendered particularly difficult due to the fact that Bruges represents political factions in sharp contrast to one another, and is still linked to its medieval baggage of tradition and lifestyle that continue to define its society and public spaces. The courageous proposal of the two curators, Till-Holger Borchert and Michel Dewilde, in wishing Bruges a leap toward the contemporary (referring to visual arts and architecture), goes hand in hand with the idea that the city will not become isolated in the collective imagination as the drowsy and austere cradle of Flanders, brimming with swans and splendid Hans Memling paintings. 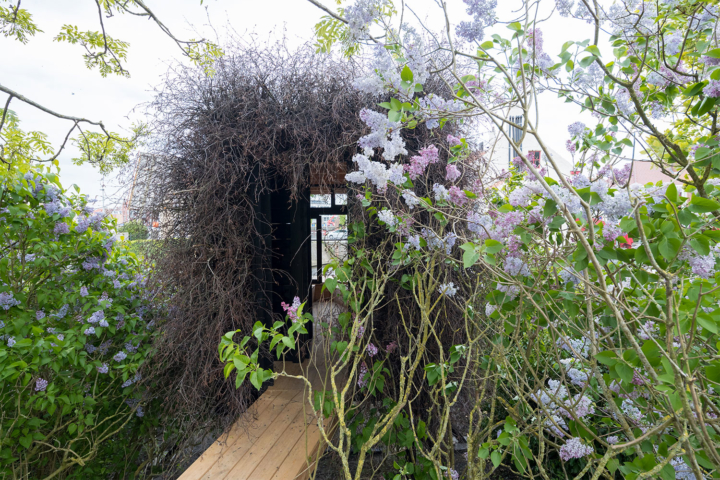 1
2
Raumlabor, House of Time, 2018. Photography by Iwan Baan. Courtesy of the artist and Triennial Bruges. 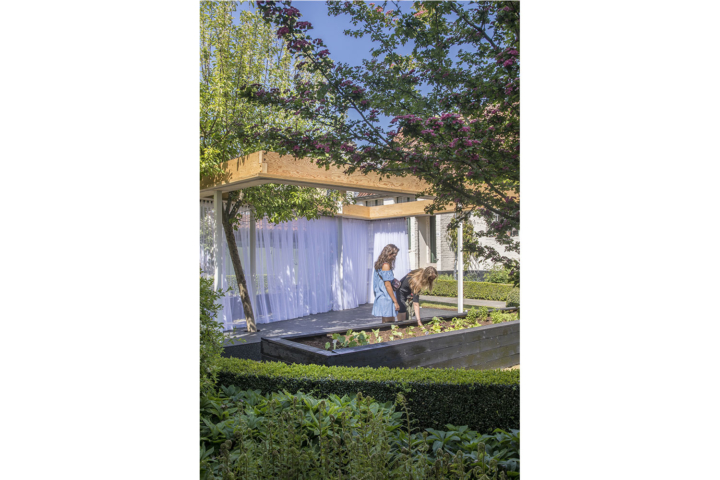 1
2
Ruimteveldwerk, G.O.D., 2018. Photography by Jan D’hondt. Courtesy of the artists and Triennial Bruges.

Much like the first edition of the Triennial, the second edition expands outdoors, crisscrossing the city from north to south, activating its most iconic locations. The projects — installations, sculptures, participatory experiments — attempt to respond to the city’s problems, including its inhabitant’s reluctance to share public spaces. G.O.D. (2018), by architecture duo Ruimteveldwerk, is a kind of meeting room consisting of a wooden platform enclosed on two sides by a white curtain reminiscent of those often found in the city’s houses. Located in the inner courtyard of a “social house” — formerly a shelter that later became a place of worship for the needy and elderly — the installation invites tourists to engage with local residents by modifying the appearance of the structure with flowerbeds, which contain a classification of vegetable species instead of adhering to their usual decorative function. Similarly, House of Time by German studio Raumlabor experiments with repurposing common areas in the hope of fostering a harmonious cohabitation among different generations.

The installations near the water convey a certain monumentality: the Selgascano Pavilion, a fluctuating bubble of fluorescent colors; The Floating Island by Obba, a navigable white waterway in the canal; the MFS III Minne Floating School by NLÉ’s Kunlé Adeyemi, a mobile classroom overlooking a park; and Skyscraper (the Bruges Whale) by Studio KCA, which is made up of five tons of plastic waste. Diametrically opposed to these examples is ACHERON I by Renato Nicolodi, a parallelepiped structure suspended over water, a whispered, tomb-like anti-monument, almost naturally inscribed in the city.

It is curious, however, that none of the projects will remain among the urban fabric of Bruges.

The Triennial instigates a worthy discussion, both ethical and theoretical: In the context of the urban landscape, will these commissions be considered public artworks or monuments marking a city’s turning point?