On May 16, Mona Varichon graduated from ArtCenter’s two-year MFA program. She had her final critique earlier that day, laudable from what I gathered, and by dusk the whole scene had evolved into the usual awkward standing-around-chatting of any Los Angeles opening, right before the crowd stumbles toward the latest dive bar–cum–project space in Chinatown, this evening rumored to be serving a signature cocktail called the Mona Spritz.

(Had I known that the final critiques were open to the public — an institutional attempt at critical inclusivity — I would have been there.) But, I rocked up circa 8 p.m., fashionably late, and instantly felt like a mega-loser, stranded on the concrete plaza outside the main gallery. Adding to the scene’s Twilight Zone vibe, the signature clinks of bottom-shelf Chardonnay and shuffled plastic glasses were clearly audible from an audience absolutely out of sight. I embraced my late flop, stumbled into the exhibition.

It is so rare to have a first foray into an exhibition with the surprise unspoiled by trigger-happy social-media shares and avant la lettre documentation. Graduate shows have this debutante glow to them; the act of coming out comes with a particularly enchanting mélange of existential iffiness, studio malaise, though also freshness and excitement unfettered by “the real world.” Marking a break from the excess visuality that invariably awaits on the “outside,” Varichon has been figuring out what it means to make work beyond an onslaught of images. Visuals exist in her films to cast aspersions on the brooding tête-à-têtes, deliberations, and interviews that scroll through a screen as subtitles. Confabulatory in the senses of the conversational and conjured up, with a Proustian bent, she’s compensating for lost time by collaging past memories. 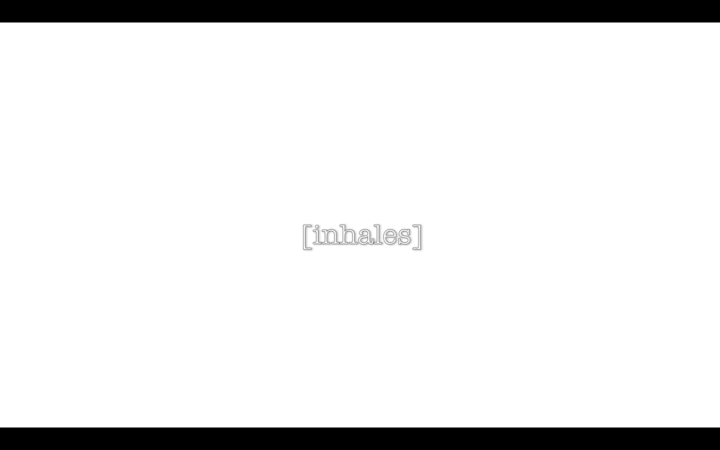 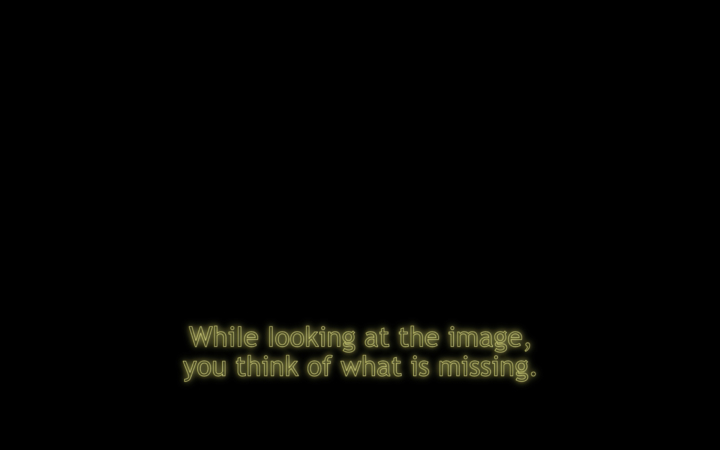 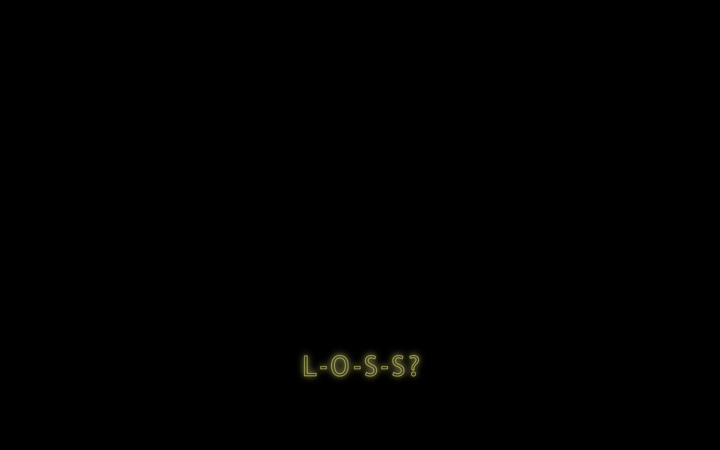 Having spent the last year recording and translating telephone conversations with her mother in Paris, from French to English, Varichon subsequently created No, I Was Thinking of Life (2018) — twelve minutes of FaceTime nonspace projected single-channel onto a wall. Theirs is a conversation that fumbles in the dark, and not just over the monochrome black of the screen; long distance, loss, improvisatory laws, and bilingualism each tie in as evasive subjects that find family resemblance in their total lack of control and risk of miscommunication. It’s straight out of Elisabeth Kübler-Ross, who famously said, “I’ve told my children that when I die, to release balloons in the sky to celebrate that I graduated. For me, death is a graduation.” Varichon’s take on death is far less literal, its implied finish more a daily rite of phone calls clicking to an end, or the ends we encounter in the uncertain realm of foreclosed alternatives, missed connections, and close encounters in our little lives. Looped via a two-minute transition that sees the black screen fade to gray, white, then reverse, the film’s gradational quality preserves this atmosphere. So much to muse on in the monochrome “image,” though more to the point: What does it mean for a film to be all about (its) denouement?

As the film’s prologue, this annus mirabilis comes announced in the eldritch sheen of a neon font, its eerie FX mawkishness foreshadowing the mood of mother-daughter rapport. (“Coucou!” her mother exclaims a second later, lifting the mood in a flicked frame.) What reads like a seamless chat passed through a centrifuge of Jonas Mekas films is actually a handful of separate phone calls, collaged out of dozens of recorded hours. For a while I thought about what it means to account for everything said to one’s parent over a year, let alone return to the potentially incriminating evidence. Varichon mentioned to me only in passing that she had realized, listening back, how little she actually listened sometimes. (Personally, I wouldn’t go there.) Perhaps the reconstitution of their phone calls as partial fiction is a way to mend the gaps — make a conscious rejoinder to what was left adrift in the moment. Carefully enunciating a quote from an interview with Mekas, Maman’s French accent stumbles into a space between meanings: “Chance has its own logic. Improvisation has stronger logic. It works according to its own loss.”

Varichon hesitates: “Laws ou loss?” Despite eventually acknowledging that Mekas might have said “laws,” her ESL slip makes a more interesting point — that improvisation battens on lack. It riffs on the past to turn a profit (in the sense of profiter) with what’s available, like the “frenzied construction of the future (shifting furniture, etc.): futuromania,”[1] which hit Barthes in the wake of his mother’s death. Varichon skirts with graceful curiosity these privations of her mother’s life by edging what has been lost with what can be contrived. Some of the more affectionate raillery in the film occurs as she muses on her own future funeral. Laughter makes her voice crack; her mother’s tension breaks. As does the seamless cohesion of the conversation, interrupted by a chronological glitch on Varichon’s cue, “They reminded me of Jonas Mekas films, your videos of the beach.”

With a floated serif and bright white backdrop, the film enters its changeover. Tousled winds hit the microphone, “…yeah, the blowing wind…,” and from the small nod noted above to Mme. Varichon’s own filmic oeuvre, we might assume to be listening in to her work. A mutual recognition in the works of Mekas sets the film going, though its own enlightenments on looking, loss, and language tack onto a far more circuitous source. Too cheesy to clasp at the unbearable lightness of being, I’d settle for thinking of light as the film’s unintended dénouement — not exactly clarity but maybe relief? Or not relief, as Varichon remarks on her “ceremonial” [sic], “something inspiring, to take your mind off things.” (Like how we create images of those we love, things left unsaid to them, their eventual loss.) Touching on conclusiveness but never quite reaching it, the film angles at the wicked reality of personal relationships. Put blankly by Janet Malcolm: “We cannot know each other. We must grope around for each other through a dense thicket of absent others. We cannot see each other plain.”[2] Instead, we improvise.