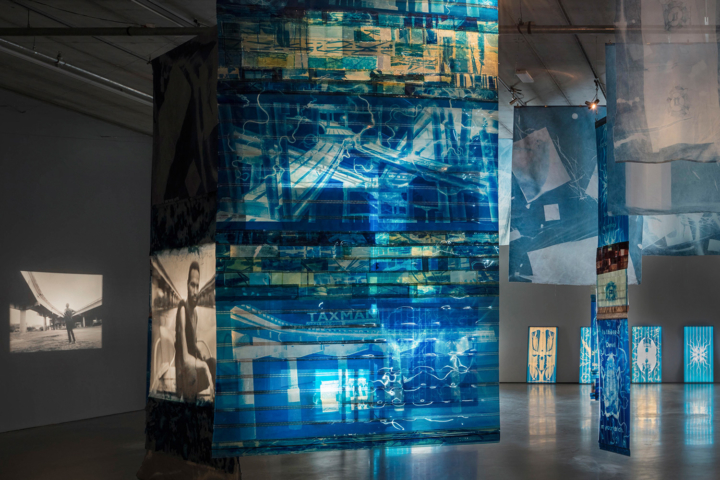 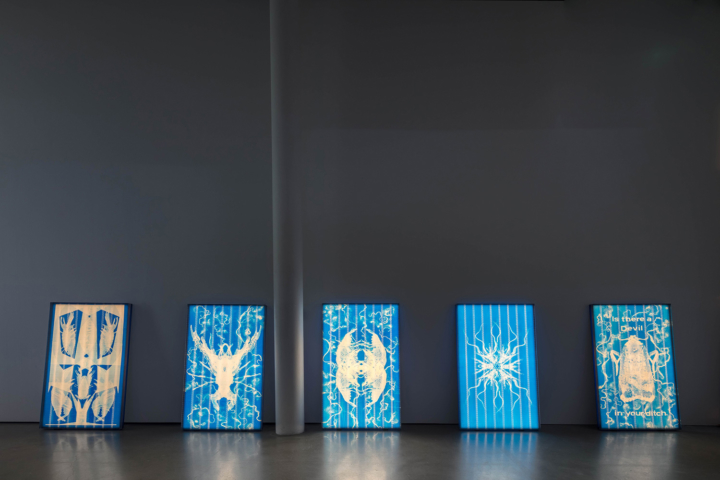 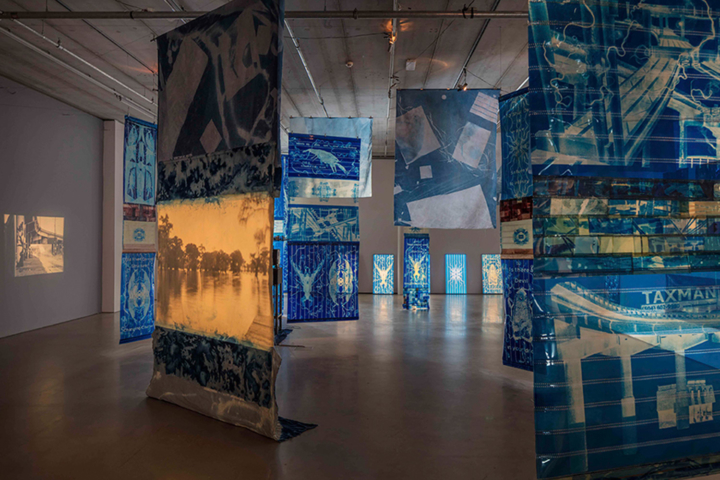 If you are a fan of the enigmatic musician Sun Ra, you’ll already like Edgar Cleijne and Ellen Gallagher’s exhibition “Better Dimension.” It’s a handsome show, and Ra inspired most of it. His oft-cited philosophical writings are reproduced in several works, notably in The Wisdom of Ra (2018). And though the musician is absent from the film installation Highway Gothic (2017), the work pays homage to Ra’s Afrofuturism by addressing segregation in New Orleans from an ecological perspective — even the prog rock soundtrack is in the spirit of his psychedelic imagination.

All art could be made about Ra for the next thousand years and I’d never get tired of it. But ultimately the show is a practical tutorial in utopia, which explains why Cleijne and Gallagher choose to focus on the peculiarities of Ra’s philosophy, rather than on his music directly. “That which is true in the world of one is only semi-true in the world of two,” reads a statement printed on the wall of Better Dimension (2010): “1 is a number / 1 is an alphabet.” The math might be hazy, but it still conveys Ra’s bountiful conviction that a better world is to be made from the basic stuff of this one.

It’s with some amateur magic that Cleijne and Gallagher take visitors to the promised land. Better Dimension’s four-sided structure is spotlit, and images from Ra’s notebooks cover the exterior. For those curious enough, the panels slide open and grant access to a comfortable if flimsy sanctuary. Inky psychedelic slides are projected on each wall, and a hologram of JFK’s disembodied head reflects the late president’s friendly demeanor. You really feel like you could remake it from stuff you have at home. Elsewhere, Nothing Is… (2013) couples Ra with one of his successors. The film is illustrated by hand, and bookends a quote from Ra’s poetry with a monkish portrait of science-fiction writer Samuel R. Delany. The text is clearly meant to inspire grand, new worlds: “The nothing and the air and the fire are really the same.” Like the rest of the show, the film convert’s Ra’s utopian vision into material resourcefulness, and asks visitors to listen carefully. After all, the film’s spacy soundtrack is actually the amplified sounds of the projector itself. 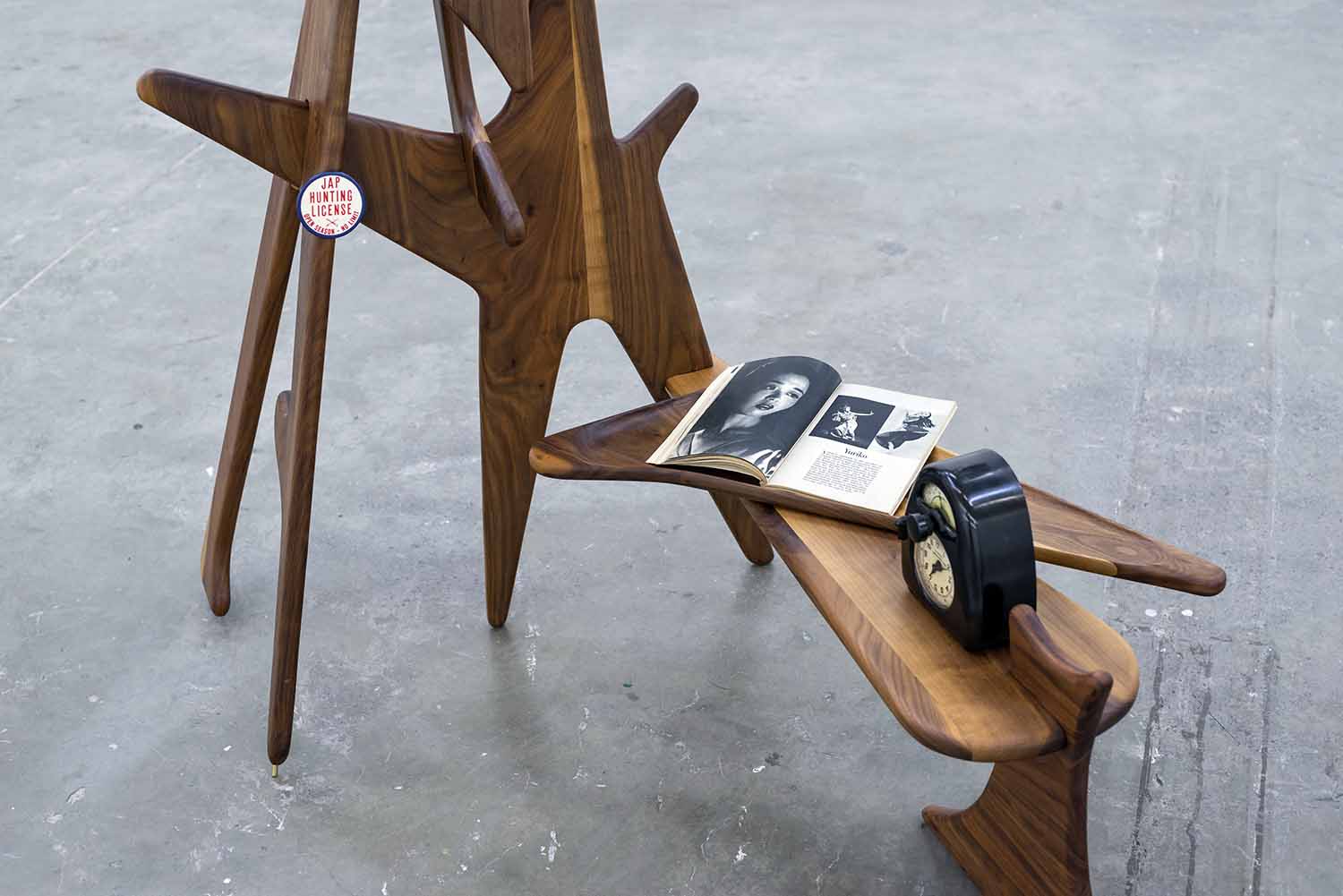 “History is taking flight and passes forever,” Edgar Orlaineta’s current exhibition at Proyectos Monclova, is a multilayered examination of formalism… 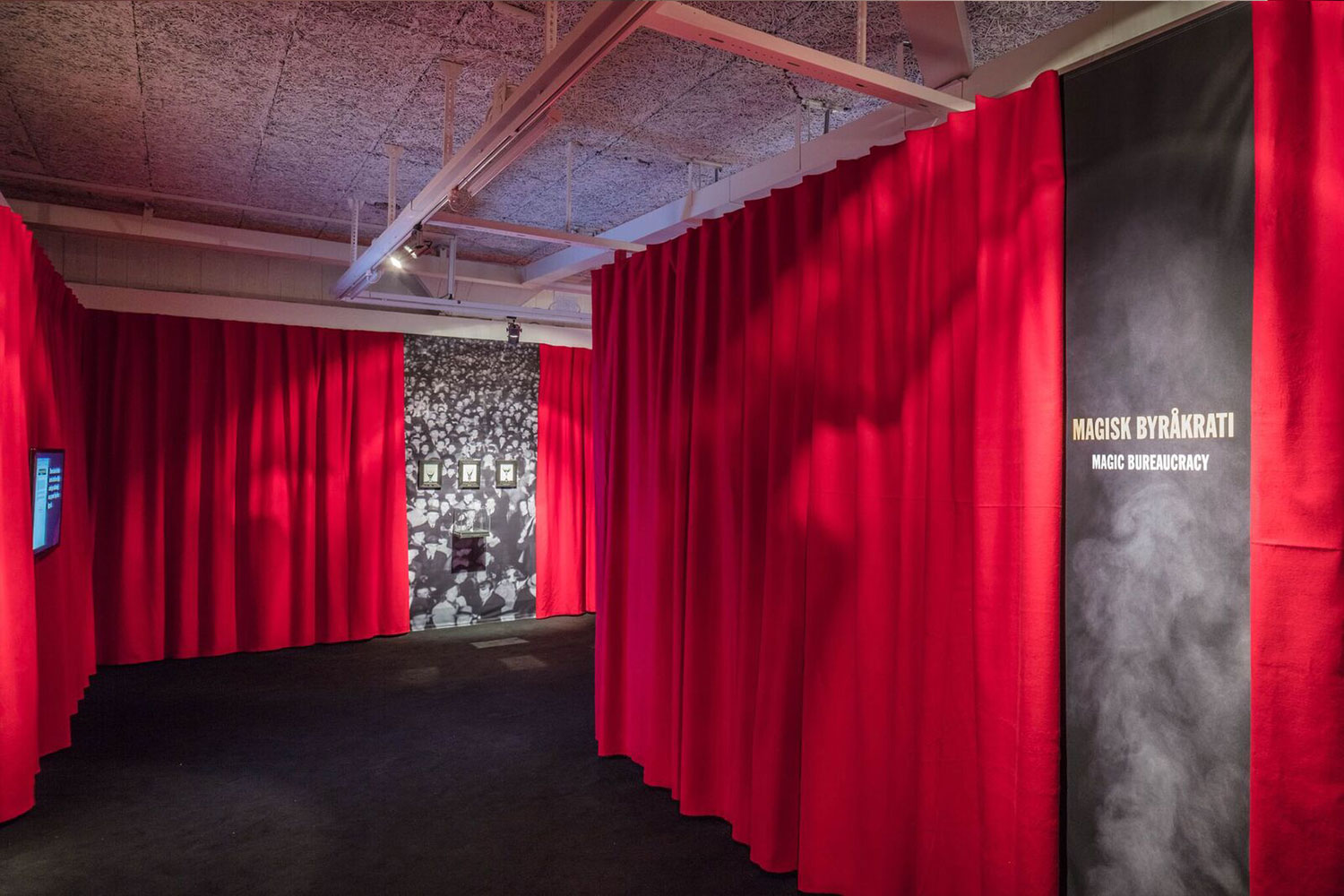