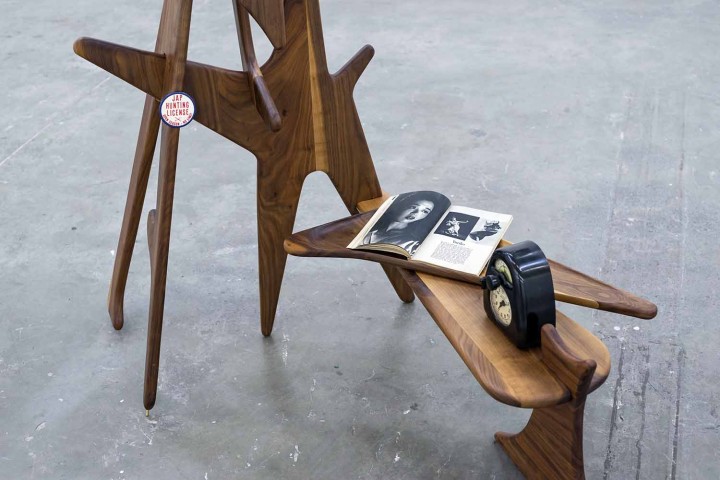 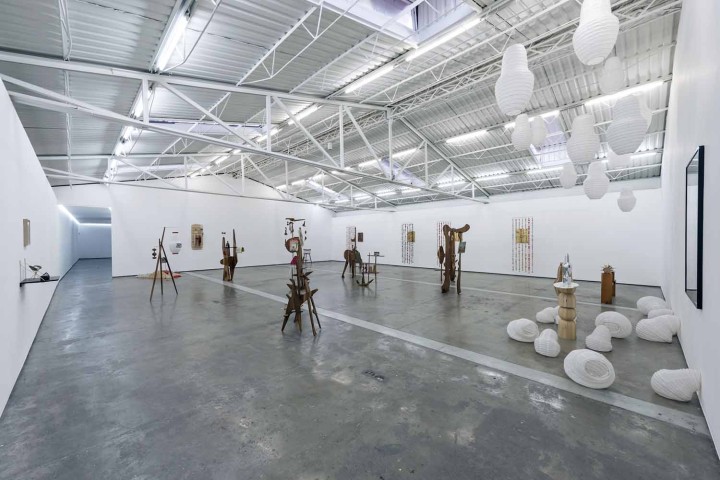 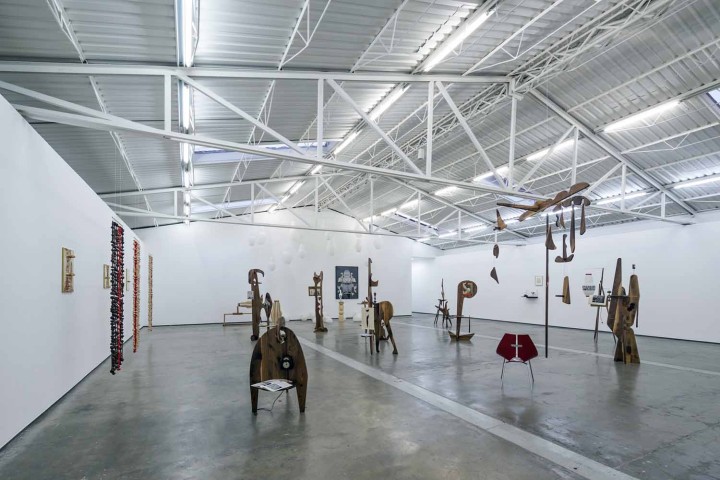 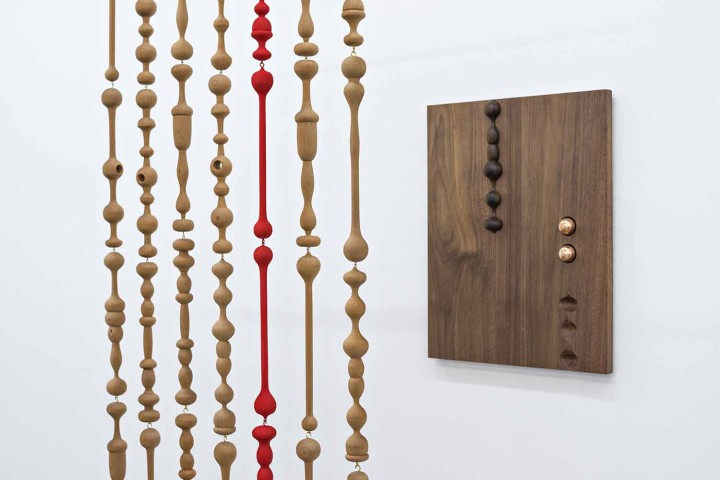 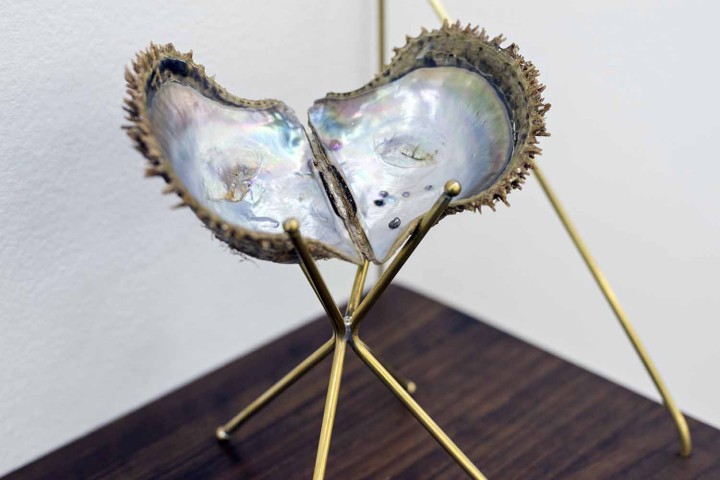 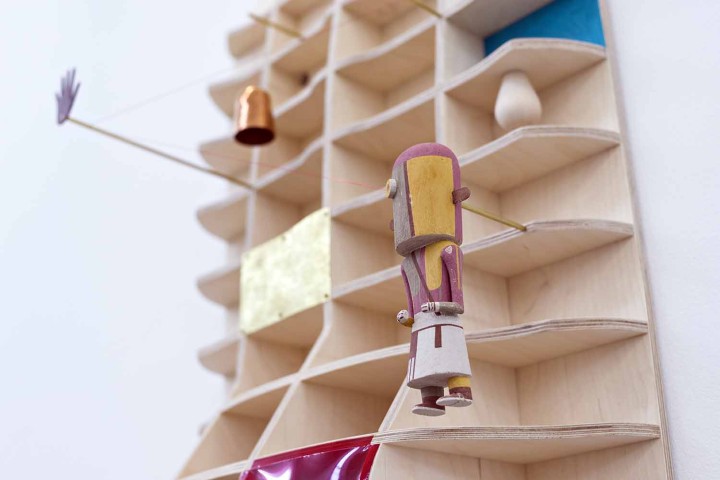 1
2
3
4
5
6
Egar Orlaineta, “My Arizona, Your Detroit” (2016). Courtesy of the Artist and Proyectos Monclova, Mexico City. Photography by Patrick López Jaimes.

“History is taking flight and passes forever,” Edgar Orlaineta’s current exhibition at Proyectos Monclova, is a multilayered examination of formalism and history. Specifically, the exhibition is an incisive consideration of the intersections of modernism and design, and how both were influenced by the Japanese internment camps created in the United States following the bombing of Pearl Harbor in 1941.

The gallery is filled with sculptural vignettes carved to detailed perfection. However, upon closer examination, each object begins to reveal a dark history. Formally the works are reminiscent of Isamu Noguchi’s interlocking sculptures, in which discrete pieces fit together to form a larger piece. Anachronich Library-Historical Sources (after Isamu Noguchi) (2016) is one such interlocking sculpture. The work is also multifunctional; the negative spaces house historical ephemera and antique objects that illustrate anti-Japanese sentiment, such as a Japanese hunting license, two carved Japanese caricatures and anti-Japanese literature.

Moving from piece to piece within the space, the complexities of the stories, the references and the ephemera work together to illustrate a history within modernism that is not often told. The title of the exhibition, for example, is a sentence taken directly from a letter written by Noguchi and addressed to Man Ray while Noguchi was captive in an internment camp in Arizona. Indeed, many of the formal elements that Orlaineta borrows in the exhibition via Noguchi, Satama and even Komai, were created at a time when the artists themselves were held at internment camps. The corresponding ephemera is strategically placed to connect their stories with the formal decisions of the artists. Orlaineta illustrates the irony of modern design being influenced by cultural contributors who continued to produce even in the face of blatant racism.

In collaboration with the Galería de Arte Mexicano, Stefan Brüggemann presents an appropriation of ten of the thirty-nine light sculptures…