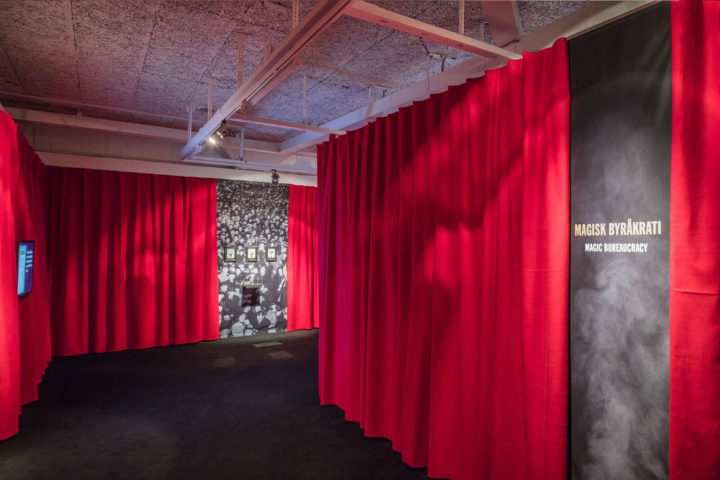 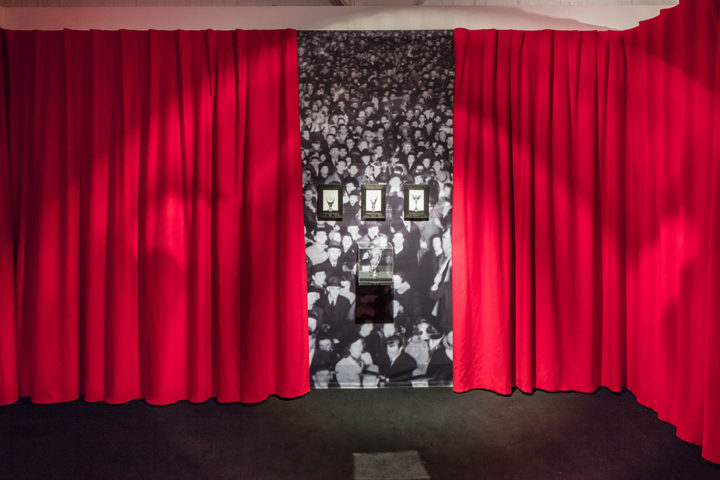 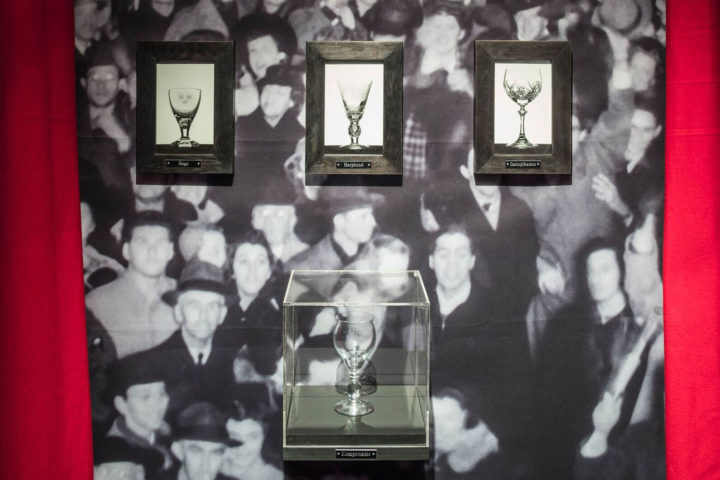 “Magic Bureaucracy” is a small retrospective that presents a series of projects developed between 1983 and 1998 by Måns Wrange (b. 1961, Åhus, Sweden). Mainly known as an artist, Wrange’s work has also incorporated curatorial practice, resulting in projects that have taken the shape of exhibitions, archives and video programs, among other formats. Wrange’s explorations of the aesthetic and conceptual possibilities of new media are guided by an interest in the social effects of the administrative structures of the state.

The exhibition at Tensta Konsthall, curated by Nina Möntmann, leads the visitor into a maze, developed in collaboration with architect Igor Isaksson, which is arranged as a theatrical setting with faint lighting and red curtains. The labyrinth-like arrangement suggests a symbolic structure widely used in the literary genre of magical realism. This reference is present as well in the title of the show, which also conveys Wrange’s interest in Max Weber’s discussions on bureaucracy.

Among the most notable works is The Stockholm Syndrome (1998), which is shown in its entirety, thanks to its original format: it consists of a CD-ROM exhibition that explores the 1973 events which are at the source of its title. The expression was coined after a six-day hostage situation in a bank in central Stockholm in which the captives empathized with their captors. The digital exhibition can be navigated through various networked paths — temporally, spatially and through a scheme of human relationships. The narration also connects the actions with contemporary artworks that shed light on the significance of the events.

Most of the projects are displayed in the form of documentation, yet are carefully selected and staged so as not to overload the visitor: videos, photographs, maps and descriptions provide an approach to The Archive of Deleted Files (1996) and The Metaphysics of Hobbies (1991) — the latter one of his lesser-known projects, which addresses the phenomenon of hobby culture as ignited by the 1930s policies of the rising Swedish welfare state. One of the core foundations of the Swedish state is also explored in a mini exhibition titled The Aesthetics of Compromise (1999), consisting of three photographs of glasses belonging to historically charged locations, and one glass cast in the shape of a computer-generated hybrid of the three originals.

Two further projects, The Aerial Kit (1984–89) and U-media (1987), were developed with the interdisciplinary collective VAVD, of which Wrange was part between 1983 and 1988. Furthermore, Wrange curated the video art section of the Stockholm Film Festival in 1991 and 1992; some of the works that were originally screened are presented again here, including Mona Hatoum’s Measures of Distance (1988), Keith Piper’s The Nation’s Finest (1990) and John Di Stefano’s The Epistemology of Disco (1991). 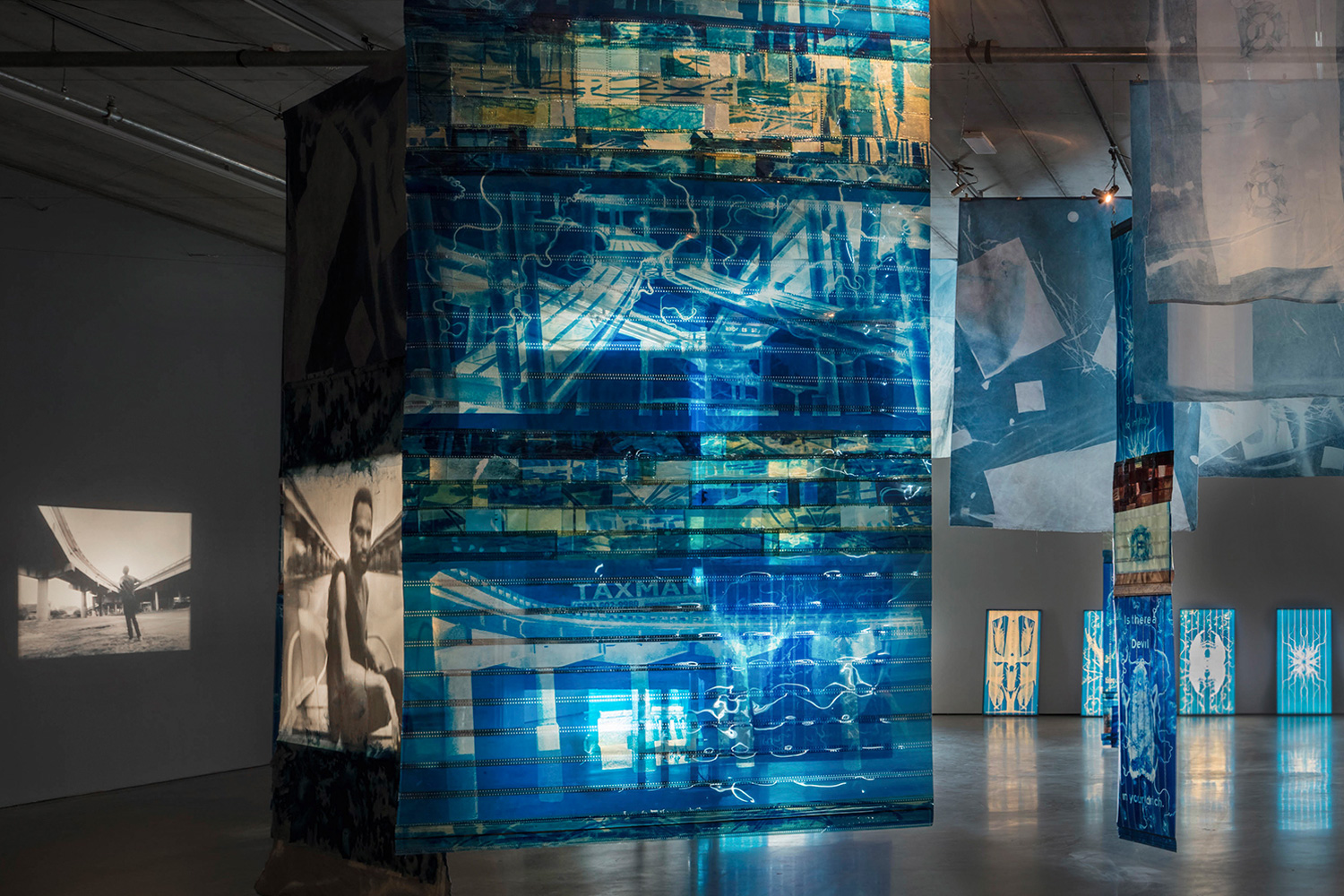 If you are a fan of the enigmatic musician Sun Ra, you’ll already like Edgar Cleijne and Ellen Gallagher’s exhibition…