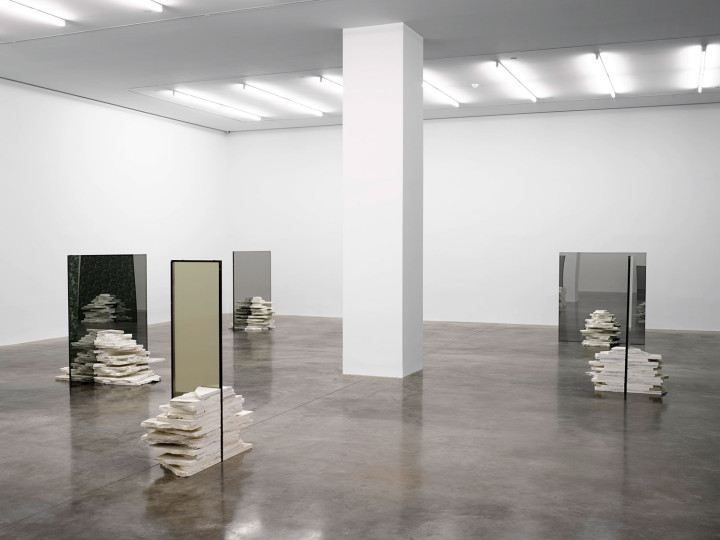 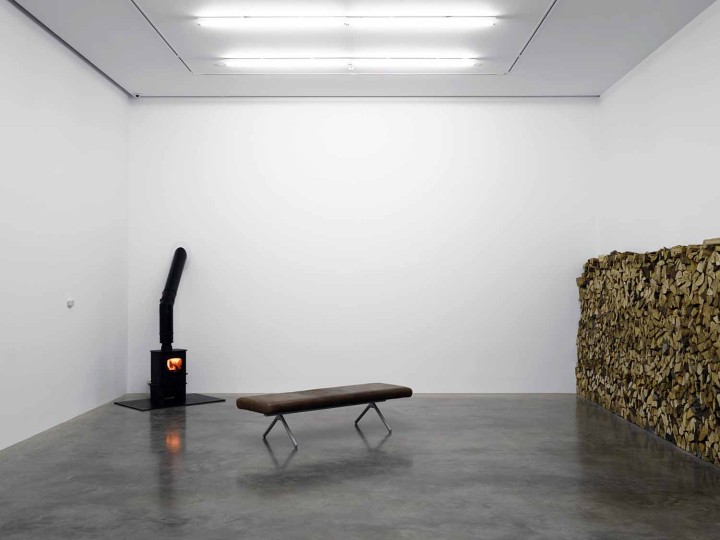 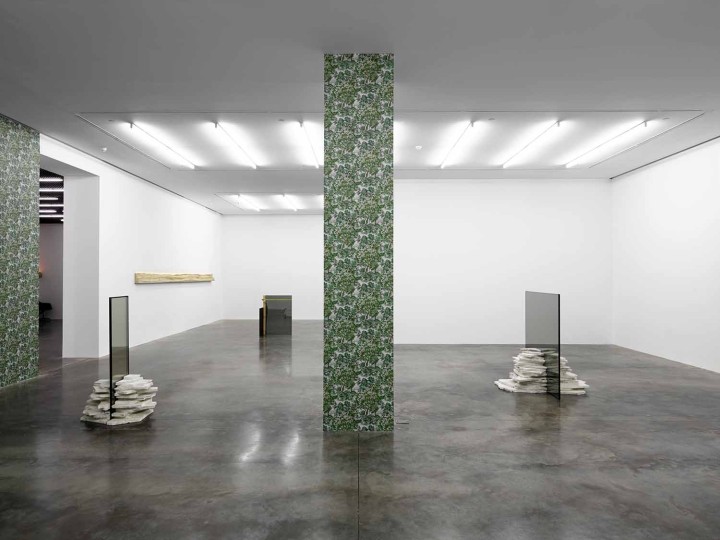 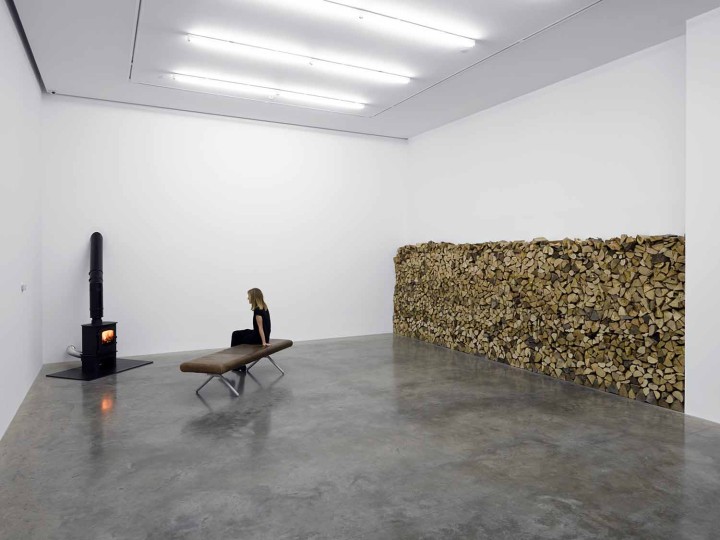 While the materials employed by Virginia Overton in her second solo show at White Cube might appear disparate, they in fact reveal unexpected links to the domestic sphere. Her series of four glass partitions supported by layers of marble, for example, have been taken from a library in Columbus, Ohio; the wallpaper decorating part of the room matches that in Overton’s own kitchen in New York.

There is even a working stove, whose wood-burning scent and crackling sound adds to this oddly welcoming environment. Nonetheless, in the brightly lit, pristinely white confines of the Bermondsey space, Overton’s proposition is significantly challenged, and although her work is often site-responsive, the contrast here is less an act of proactive confrontation than a normal consequence of the artist’s elected vocabulary. Here she relies equally on the deployment of natural materials — marble and wood — as she does on found objects. Treading the line between the identifiable and the universal, the authority of Overton’s sculptures integrates the dry elegance of Minimalism with the primordial vulnerability of Arte Povera without succumbing to either’s powerful influence. This is evident in the logs powering the stove, amassed along the wall on one side of the room, prepared majestically for time to erode. The marble-sandwiched glasses also create an astonishing visual effect in their reflectiveness and transparency. Even the botanical wallpaper partially transcends its decorative role, providing instead a chromatic counterbalance to the rest of the show as well as triggering an interesting parallel between real and artificial nature.

This exhibition provides another opportunity to see Untitled (Hilux) (2016). Originally presented in a gated garden at “Parcours” last June, the dismantled pickup truck loaded into its own cargo bed intelligently adhered to its designated role as public art without being imposing. In a gallery context, its original effect is not diluted but rather expanded, with the brick pedestal lending monumentality to a vehicle that a century of artistic interpretations has elevated to a medium in itself.