Fitting with the artist’s background in technical fashion drawing, Caitlin Keogh’s paintings are done in a delicious palette of mauve, mustard, and avocado hues to a stylishly flat affect. The Alaska-born painter’s work to date has been noted for its abundance of fragmented female body parts, all presented in an aseptic Pop-ish style.

The press release to Keogh’s solo show at the Approach in London, which featured six large paintings all from 2018, remarks on her return to the anatomical. Decoratively rendered avian skeletons and a diagrammatic intestinal tract were among the literal manifestations of this theme. But more pervasively, what was swallowed and spat out again in this body of work seems to be the very devices of painting. 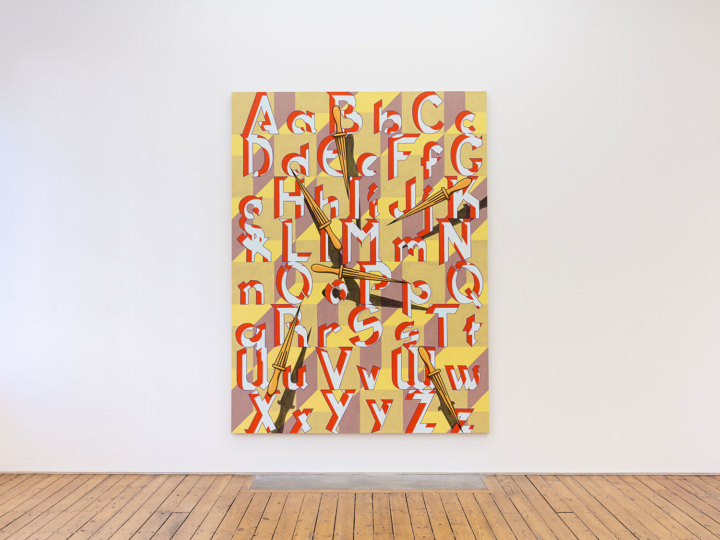 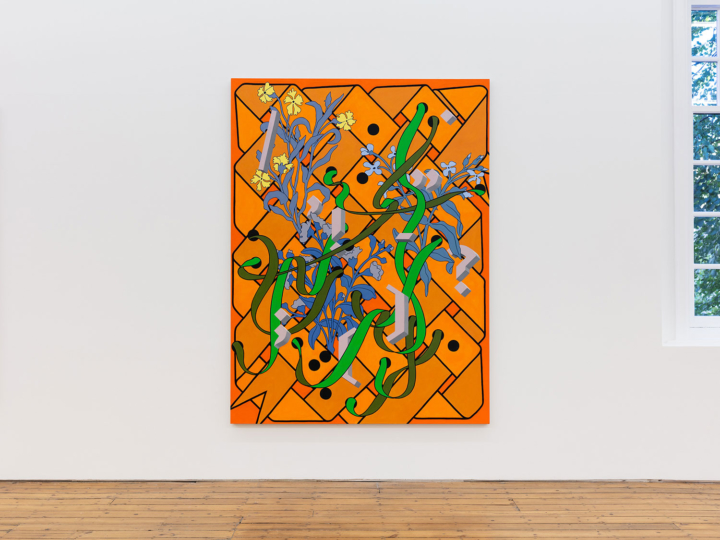 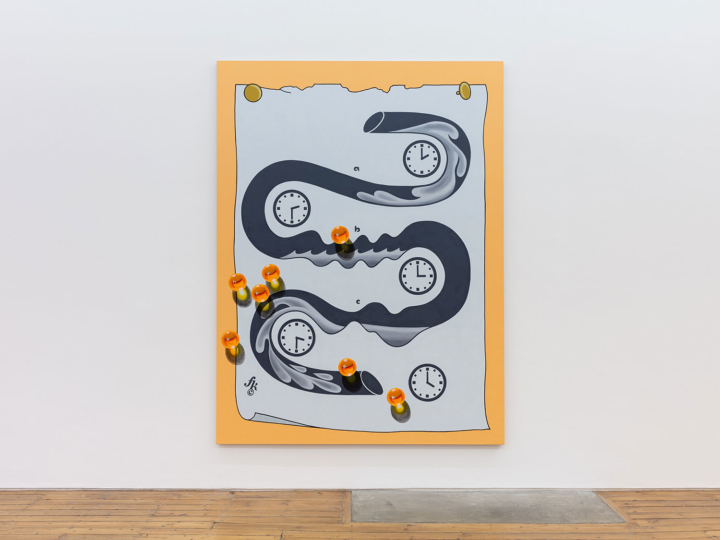 Keogh is an analytical painter whose formal sensibility at once evokes Patrick Caulfield’s deep investment in line and color and M. C. Escher’s mathematically precise spatial constructions. In Keogh’s pictures, the illusion of depth is never stable: it vanishes just as quickly as it appears, drawing viewers into a facetious game of visual whack-a-mole. Such is the effect in the painting Alphabet and Daggers. The “ground” of this painting is tiled with rhombuses that are tonally varied to mimic protruding cubes, while on top are alphabet letters limned in a punchy purple and flatly colored in to elude all spatial cues. Seemingly hovering above it all are a half dozen daggers, but, on closer look, they cast shadows that have no clear relation to the layers below, traitorously betraying any pretense to a coherent pictorial space.

Diverse art-historical references inform Keogh’s practice, and this body of work finds inspiration in the illustrations in the margins of Medieval illuminated manuscripts. Playing a Song features a cartoonish monkey, a common marginalia motif, surrounded by ornamental florals and punctuation signs based on a typography designed by William Morris. Pictures such as this elaborate on Keogh’s already evident postmodernist ethos. But while her canvases bring together disparate visual and textual material, these pictorial constituents notably appear disconnected. The result is a Photoshop feel, wherein ostensibly whole images turn out to be merely stacks of discrete layers. Constantly threatening to separate, Keogh’s new works seem expressive of the unanchored swirl of visual matter that make up our experience of the world today, and, moreover, the inability to conceive of painting outside of it. 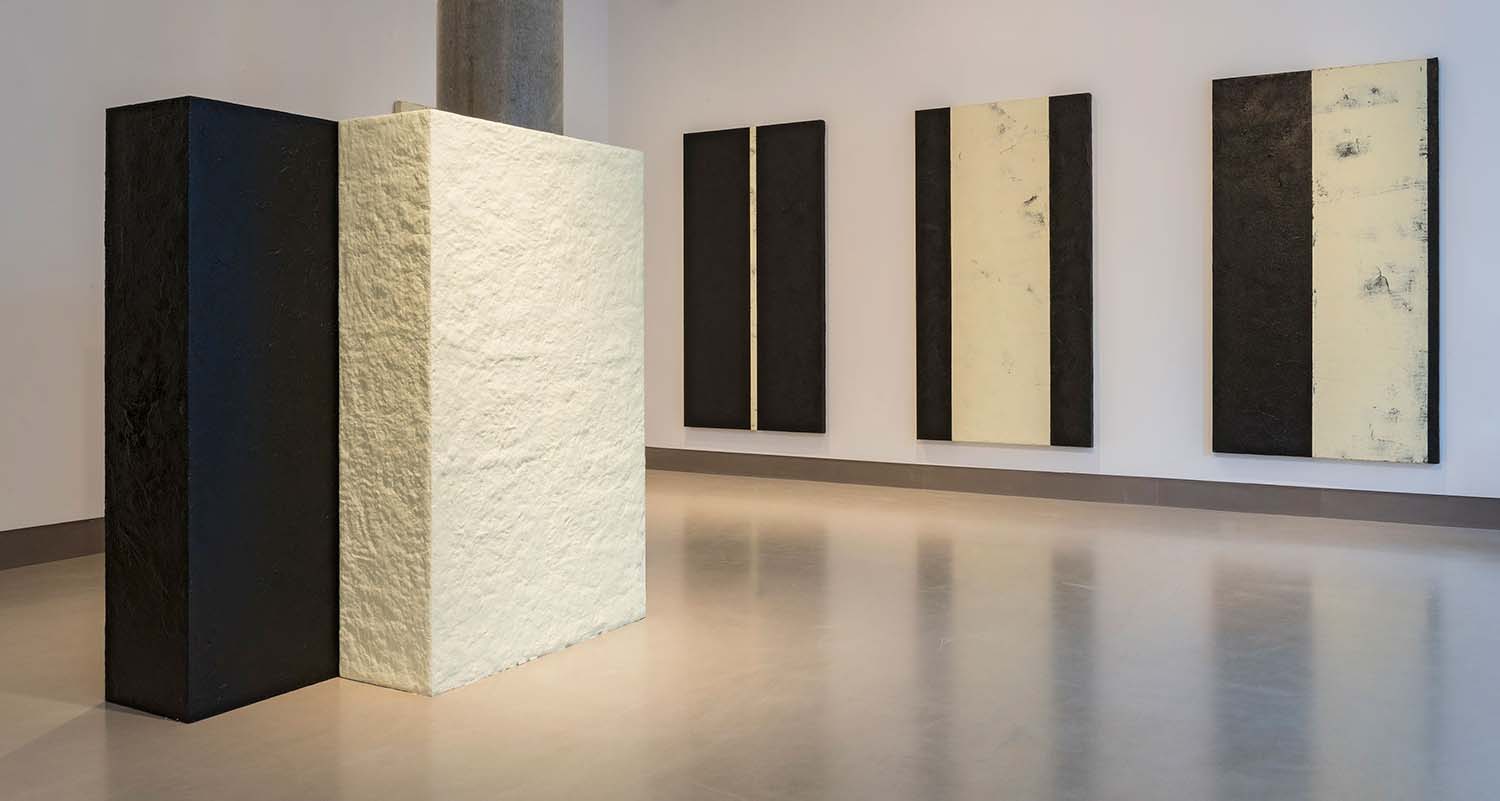 Rather than attempting the impossible task of summarizing a career spanning five decades through a series of “greatest hits,” Ingeborg…