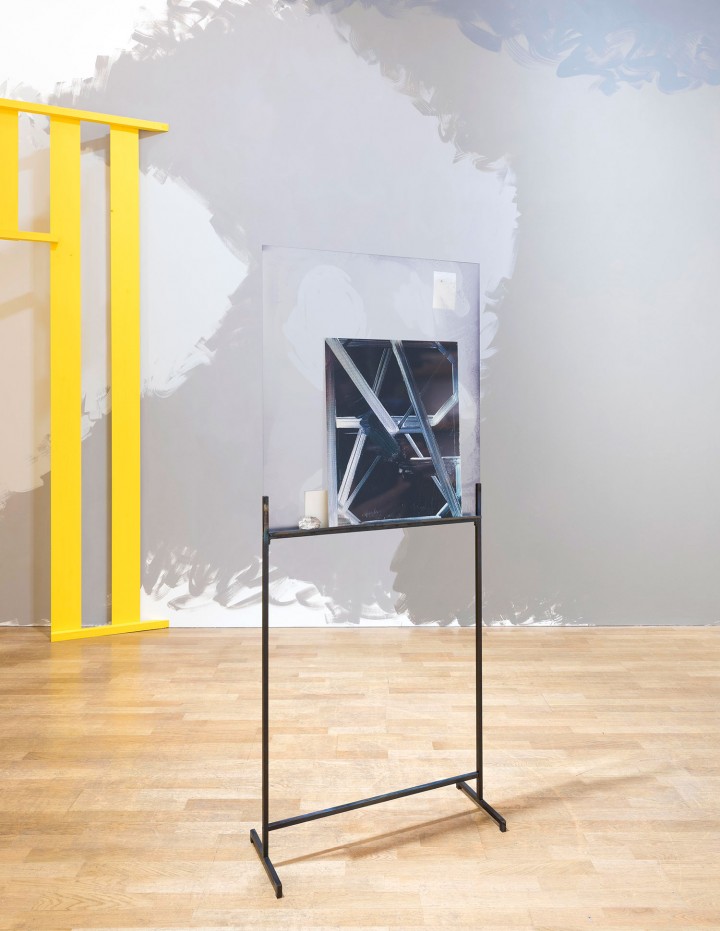 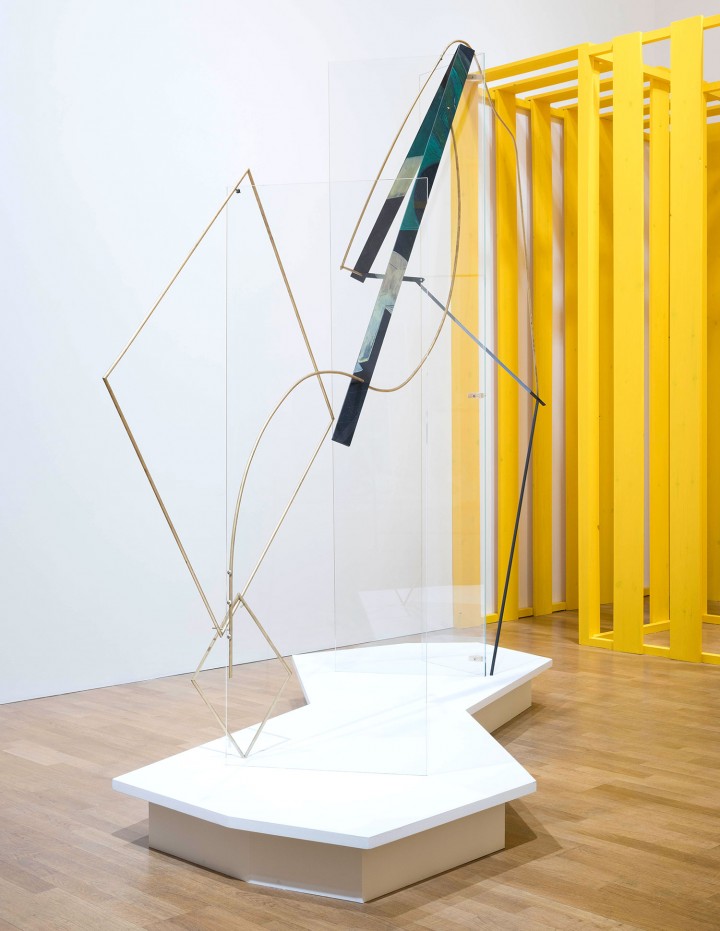 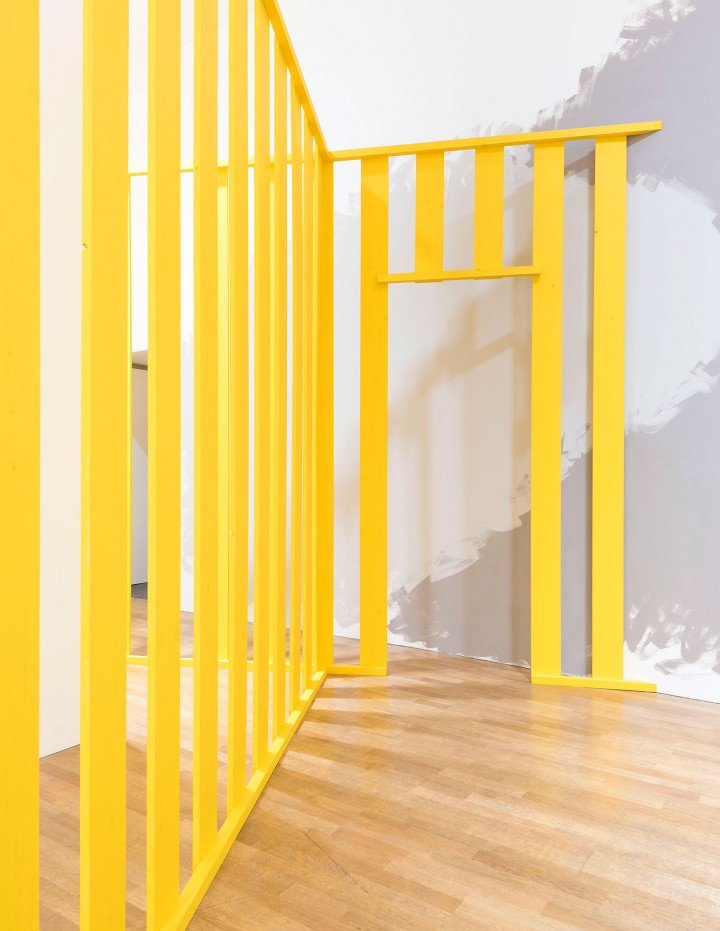 How does one defy the increasingly ubiquitous presence of electronic media in every aspect of daily life? The group show “SIGNAL FAILURE” at Pace London brings together works that attempt to reclaim our mediated subjectivities, providing a refuge from the relentless tempo of the communication age.

The exhibition, curated by Tobias Czudej, better known to London audiences as Chewday’s, is an homage to Agnes Martin’s work and life. A large timber structure called Yellow Gate (2015) — a collaboration between Mathis Gasser and Cédric Eisenring — defines the space while suggesting conditions of infinite intrusion and escape. Metallic sounds resonate throughout the gallery, creating an ambient backdrop to the exhibited works. These are part of Sergei Tcherepnin’s Rotating Box (2014), a minimal arrangement of poor materials that effect playback of a digital composition that the public is invited to distort.

A multi-toned arrangement of gray color samples by British artist Philomene Pirecki, White Wall, Pace Gallery (17:56, 17:50, 17:59, 18:11, 5-6-15, reflected light from Agnes Martin’s film Gabriel, 1976) (2015), offers another layer of visual confrontation, its source material and process embedded in its title. A related work, Desire as a Form of Energy (2015), also by Pirecki, questions ideas of absence and reproduction. A fragile composition by Sara Barker, In semi-darkness she reclines and pretends to read…(2014), stands graphically in front of Tobias Madison’s wall-based Untitled (2015). Composed of an exposed frame supporting a flat, painted layer of iodine — a highly toxic chemical used in medicine — Madison’s piece resides somewhere between a painting and a sculpture, destabilizing the viewer’s reception. Scott Lyall’s seeming monochrome Untitled (Magnitude), 2014, is a UV digital print on canvas that in fact reveals the entire color spectrum to the attentive viewer.

Vision and distortion resonate through all the works. As a means of counteracting acceleration, intimacy and slowness are embraced as forms of radical resistance.

From a distance of sixty years, Alexander Calder’s mobiles, stabiles and standing mobiles embody the best attributes of modernist sculpture.…