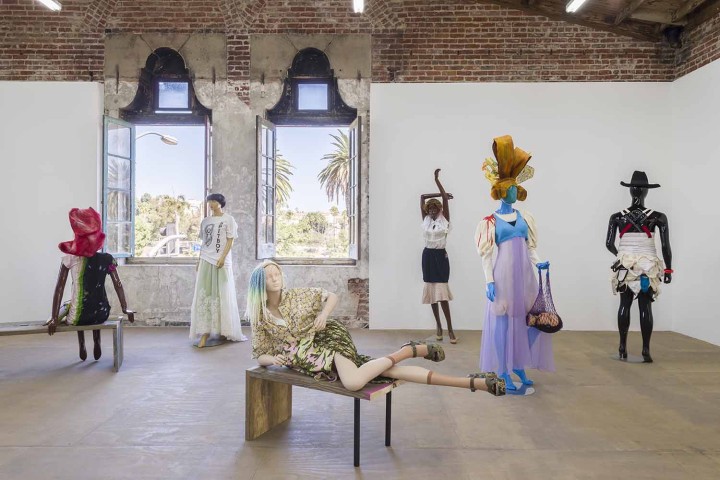 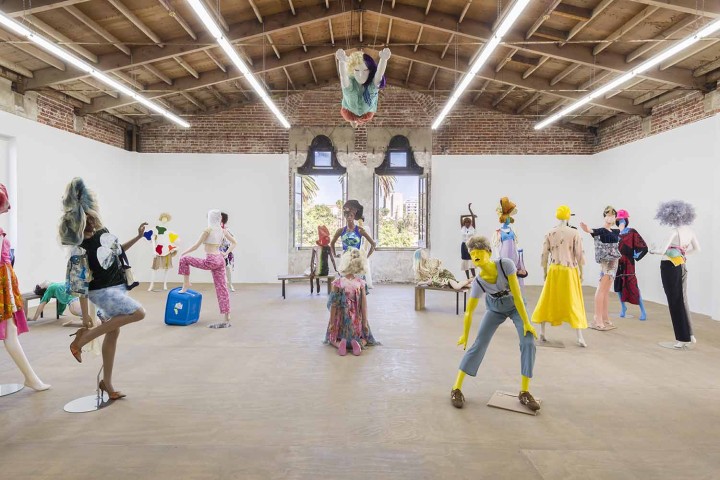 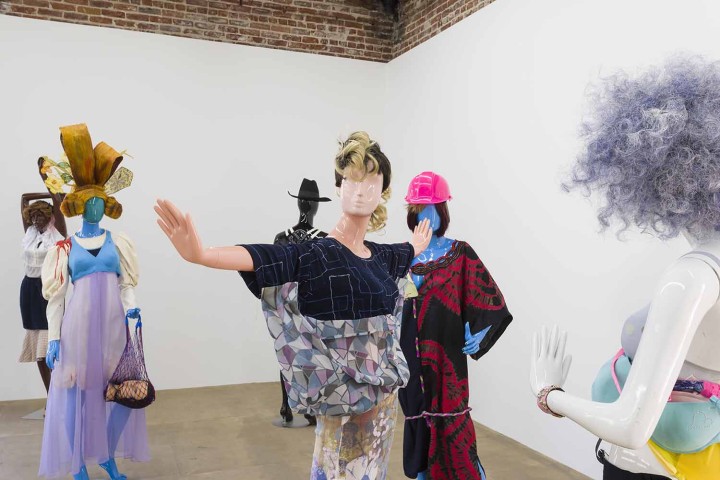 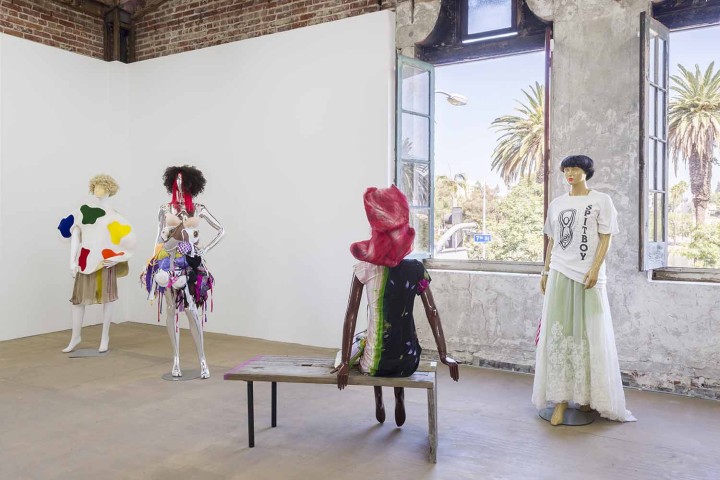 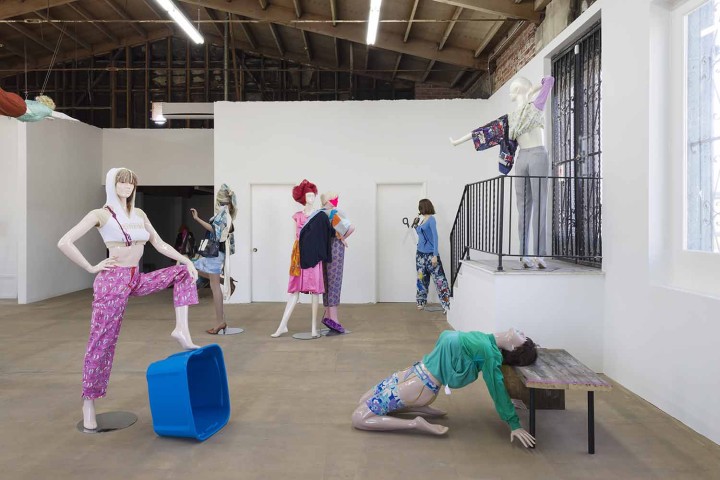 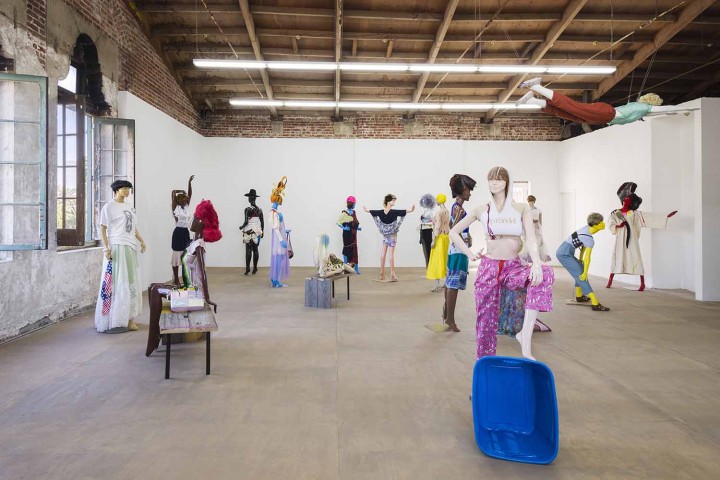 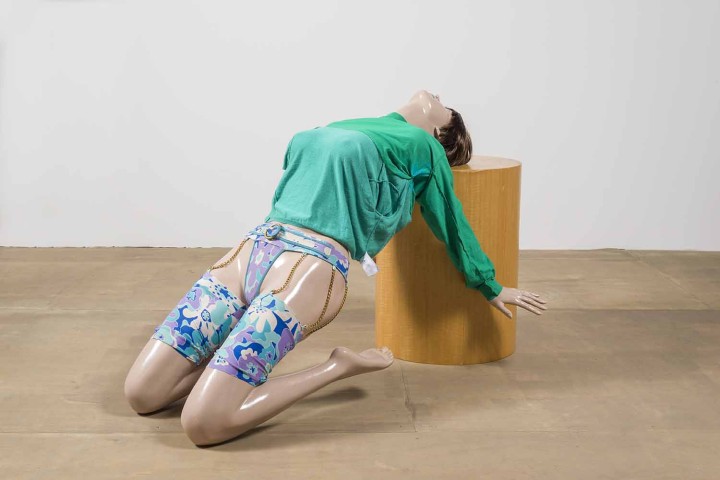 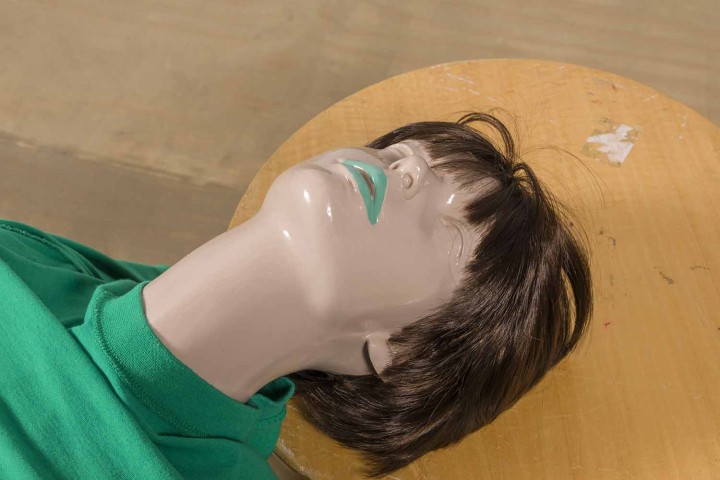 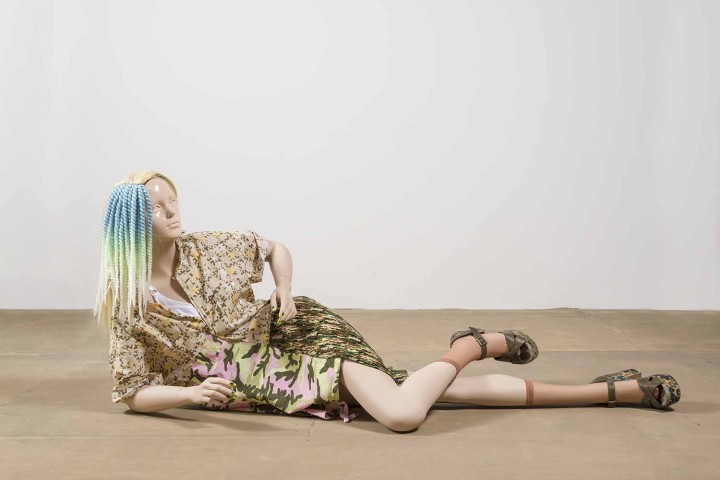 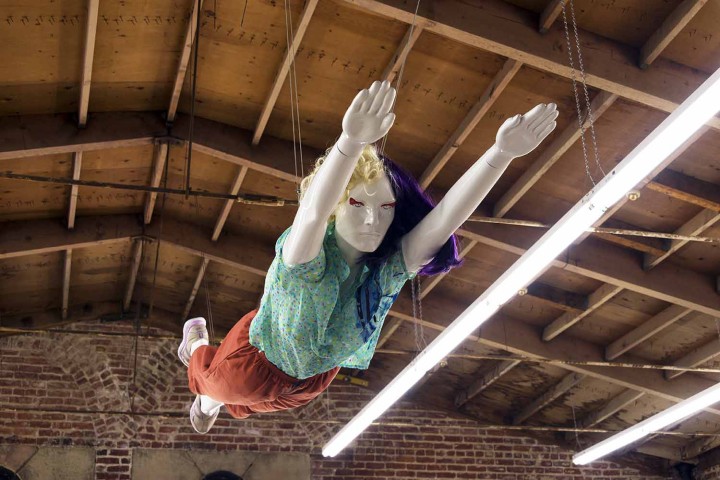 Only six days before Donald Trump was revealed to have extolled the merits of grabbing women “by the pussy” as a right of all famous men, the opening of K8 Hardy’s show at Reena Spaulings Fine Art seemed oddly prescient.

Yet Hardy’s quick-witted work has often foreseen and reacted to the strains and pressures exerted by the gaze upon the female body. Take, for instance, the twenty-eight mannequins and accompanying video selected for her current show titled “Docudrama.”

As the debut exhibition of the joint Reena Spaulings and House of Gaga space, Hardy’s show is certainly full-bodied, comprising a curious and colorful collection of figurines dressed in variations on styles derived from her Untitled Runway Show, part of the 2012 Whitney Biennial. Distinguishing this current body of work, however, is the mode of display. Painted fiberglass mannequins sourced largely from Los Angeles’s fashion district are dressed in an amalgamation of textiles taken from thrift stores and reworked into a series of eccentric and densely referential “looks” set in an indeterminate flux between fashion, satire and social commentary.

In these works, Hardy seems to resist the figurative impulse of sculpture and instead regards her mannequins as more akin to pedestals. Figures with arms outstretched or held akimbo, grabbing their heels or even making a pole dancer’s descent, are dressed in patchwork selections of chiffon, silk, nylon and jersey cotton — fabrics that Hardy uses to evoke notions of gender, sexuality and eroticism that she then proceeds to dismantle accordingly, look by look. Of the twenty-eight figures in the show, Look Reena K8 (2016), Hardy’s self-portrait, stands apart from the rest. It abuts a looping projection of Express Looks (Outfitumentary) (2016), a truncated version of the video chronicle depicting the outfits Hardy has worn throughout her first eleven years living in New York.

The self-portraiture in Express Looks certainly works as a template to relate Hardy’s outfits to those worn by her figurines in the show. Yet in a time of Snapchat and the selfie, Hardy uses her mannequins primarily as a return to self-authorship and to address rites of gender and sexual identification. Her figurines vogue, preen and altercate. “Some are expressing slut power,” Hardy writes in her accompanying exhibition text. One of them, quite simply, soars through the ceiling.