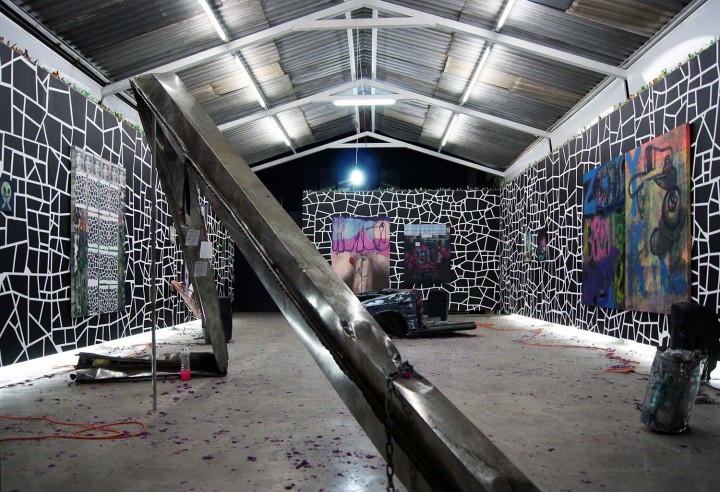 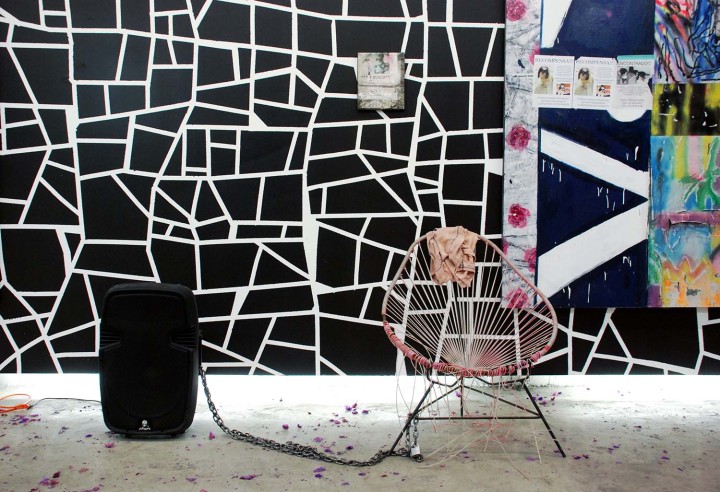 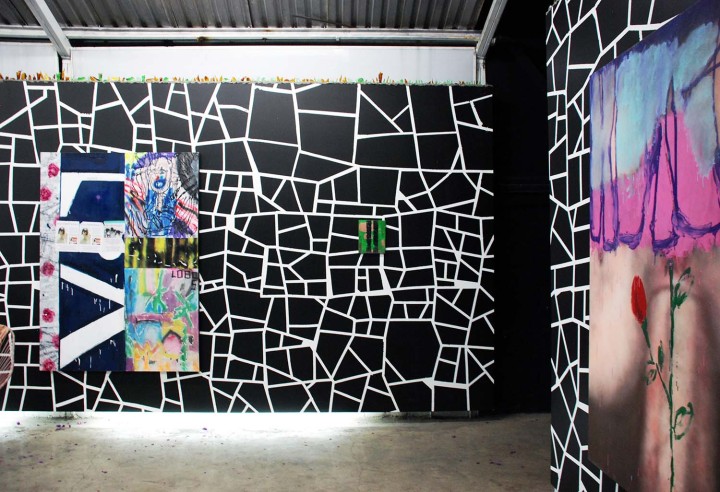 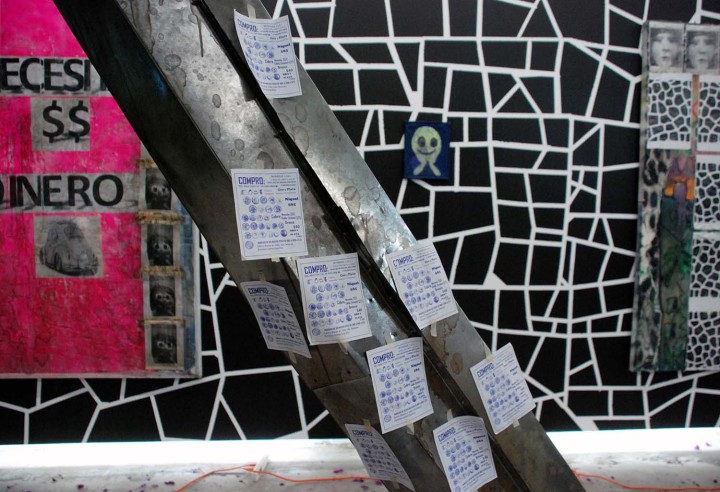 Painting in its most classical form is Andrew Birk’s most direct and definitive reference in his recent, large-scale, fully immersive work at Anonymous Gallery in Mexico City.

The exhibition, titled Callejero, is not simply a series of paintings, but rather a site-specific installation that has its foundation in painting — and specifically in Birk’s attempt to make a painting of parts of the whole of Mexico City.

This painting, however, is more of a three-dimensional conglomeration of objects consciously and precisely splattered together in the gallery space; the gallery walls themselves act like the metaphorical stretchers of the canvas.

The gallery has been converted into a scene taken directly from various aspects of the physical streets of Mexico City. Remnants of purple leaves from native Jacaranda trees are scattered around the gallery floor; a traditional plastic and metal Acapulco chair sits awkwardly off to the side of the space; and large, blaring speakers are tied by a chain to the frame of the front end of a car that has obviously been stripped. The music and sounds totally overwhelm the space sonically. The walls are painted black and white in geometric patterns mimicking the volcanic rock walls that demarcate residential and commercial properties throughout the city. Flyers advertising various businesses and services are taped to a metal armature that bisects the space, and formal paintings that are reminiscent of the very same flyers line the walls of the gallery in an ironic twist of the colloquial and classical.

The exhibition might feel overwhelming, but not negatively so. Its treatment of the city is that of a lived, day-to-day experience. Even in the chaos of the city, Birk has stopped to pay attention to the micro-moments of the megalopolis, translating them to a project that conveys his affection for the city he calls home. Callejero is Birk’s quotidian experience of the city transcribed into the painterly vocabulary the artist understands best.