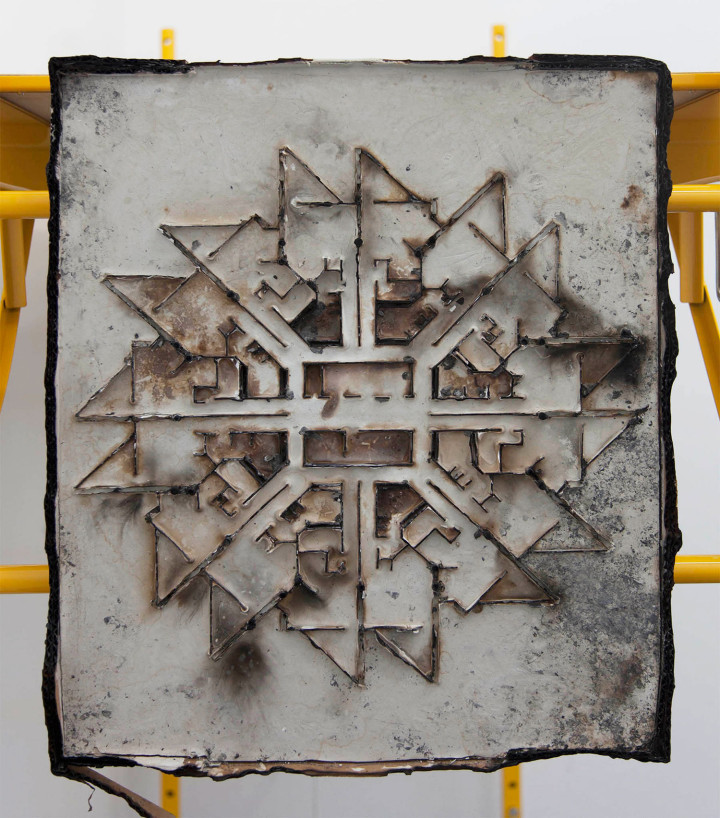 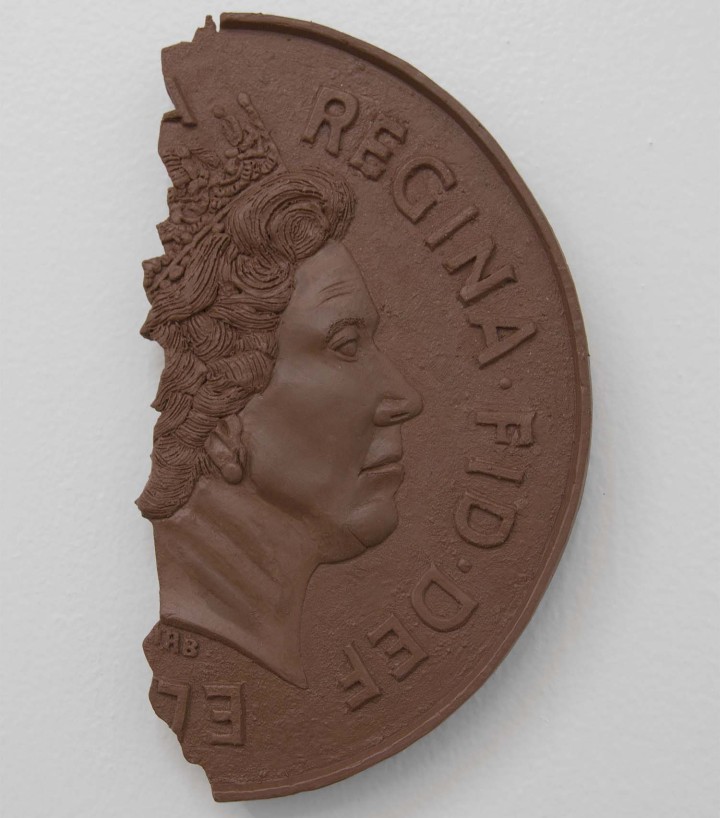 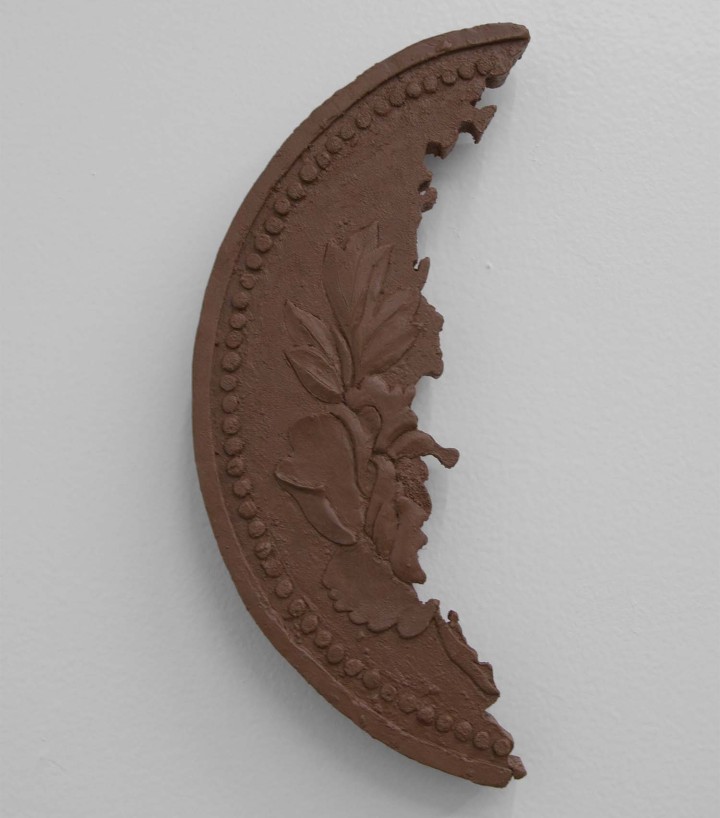 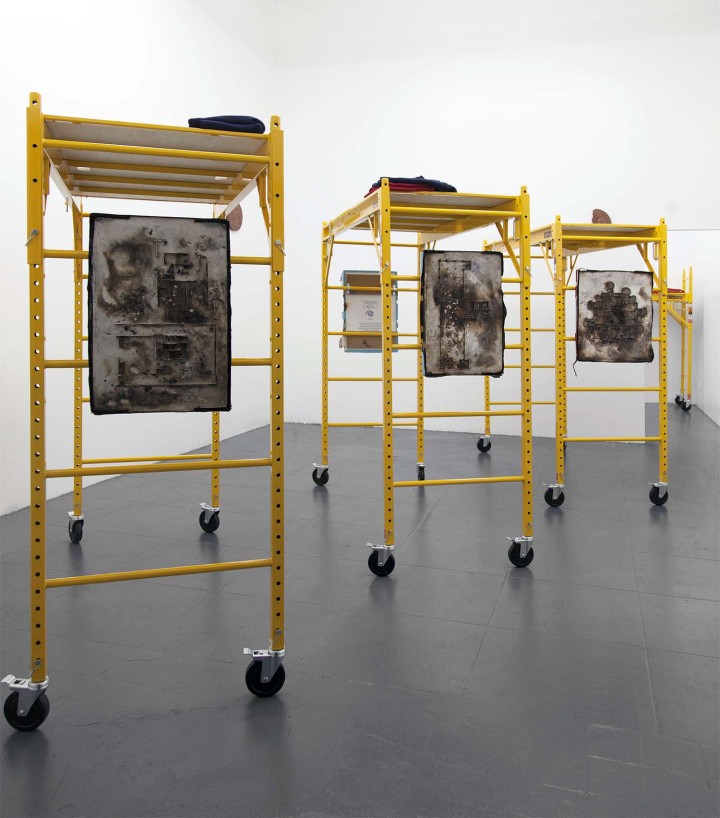 The very beginnings of something and the debris from its demise can seem interchangeable — perhaps most especially when that thing’s life and purpose have been totally and exhaustively consumed.

In Justin Swinburne’s exhibition “Relief,” a series of oversized coins from various currencies have been molded from what appears to be dried mud. In fact, the discs are meticulously carved from professional-grade Chavant sculpting clay. They dot the walls of the exhibition space in varying states of integrity; some are almost round, just missing an edge, while others are completely fragmented to reflect a particular moment in the lunar cycle, as noted in the works’ titles: Waning Gibbous Koruna (2015–16); Waxing Crescent Euro (2015–16); Full Quarter (2015–16). The artist’s father is one of the last working industrial clay modelers for automobile manufacturing; father and son made the coins together.

A series of architectural models, built from foamcore and plastic and set in concrete, are contained within cardboard box tops — the kinds of boxes that hold eight or ten or twenty reams of multiuse copy paper. Taken from plans for high-rise buildings, museum interiors, storefronts or locations of personal significance to Swinburne, each has been singed with a blowtorch, leaving only the smoky traces of the foundation as a sort of graphic puzzle. Hanging for inspection from gleaming canary-yellow industrial scaffolding on accommodating wheels, they line up on a neat diagonal to fill the gallery’s main space.

A folded felt airline blanket, suitable for transporting a fragile work of art or comforting a burn victim, is stacked on top of each. The charred negatives are just as much reliefs as they are remains. 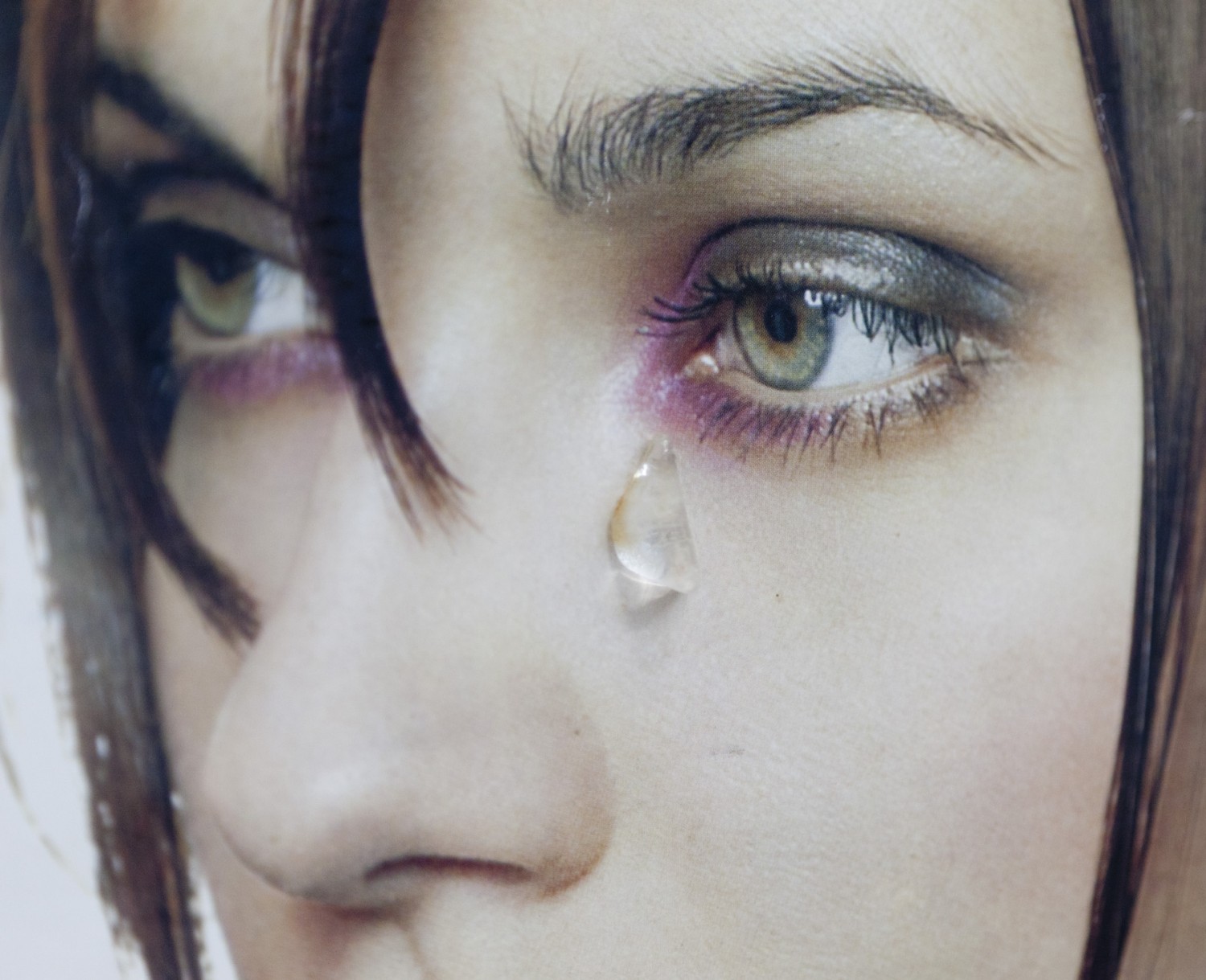