The white cube is a system of exhibition practice that lends itself to a myriad of subjectivities that operate within contrived contexts of art. Fabiola Menchelli is clearly no stranger to this system, and her solo exhibition “Constructions” at Galería Yautepec in Mexico City is a playful gesture on this complicated system of constructions that blur the lines between reality and actuality.

The works in the exhibition use a photographic process and a system similar to that of taking Polaroids in order to deconstruct visual perceptions of physical space. They employ a visual language of abstraction, in which geometric blocks of color are layered upon each other on the flat surface plane, creating tension between flatness and depth. Hanging on the pristine walls of Yautepec’s white cube, and under the fluorescent lights, they appear to be gestures of photography playing with abstraction, and this is where Menchelli’s game begins to manifest.

The exhibition offers various clues alluding to architecture. The exhibition title offers a subtle suggestion into the process of building, and the works themselves offer visual nuance between the real and the imagined. Menchelli not only employs a visual language with the work but also constructs language in such a way that the titles of each individual work in the show employ a subtle nuance of the type of construction that could mentally be built within that white cube. Specifically, works such as Blueprint (2013), Triangular Hall (2012) and Section through the breakfast room (2012) allow for visual and linguistic clues through which to break down the physical systems of architecture and allow the mind to build an intangible space within a space. Without the physical act of constructing, Menchelli has achieved a balance between architecture, photography and abstraction to suggest a hypothetical space far more interesting and intimate than the white cube of a gallery. 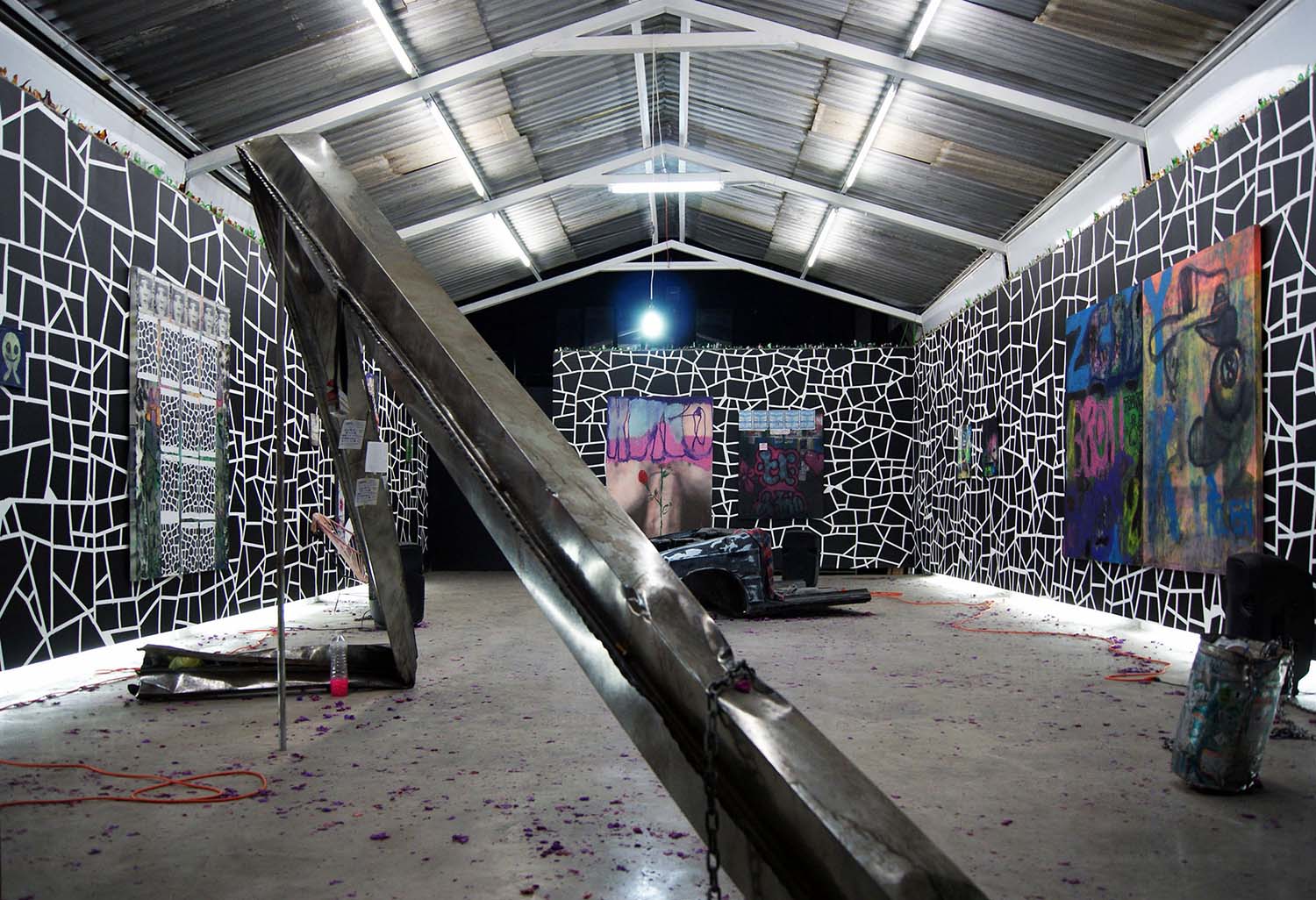 Painting in its most classical form is Andrew Birk’s most direct and definitive reference in his recent, large-scale, fully immersive…