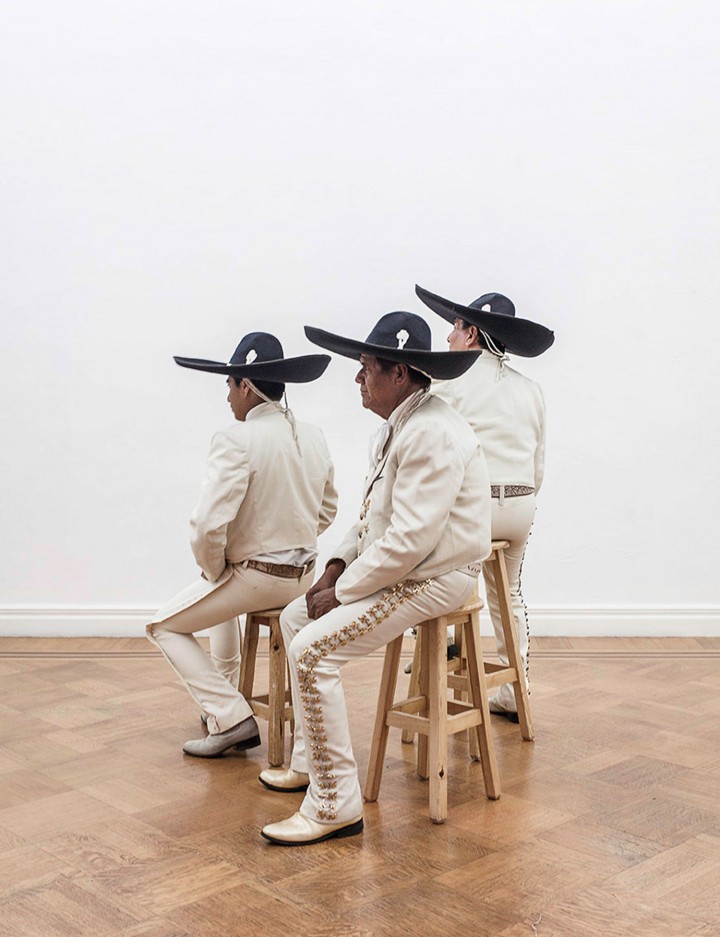 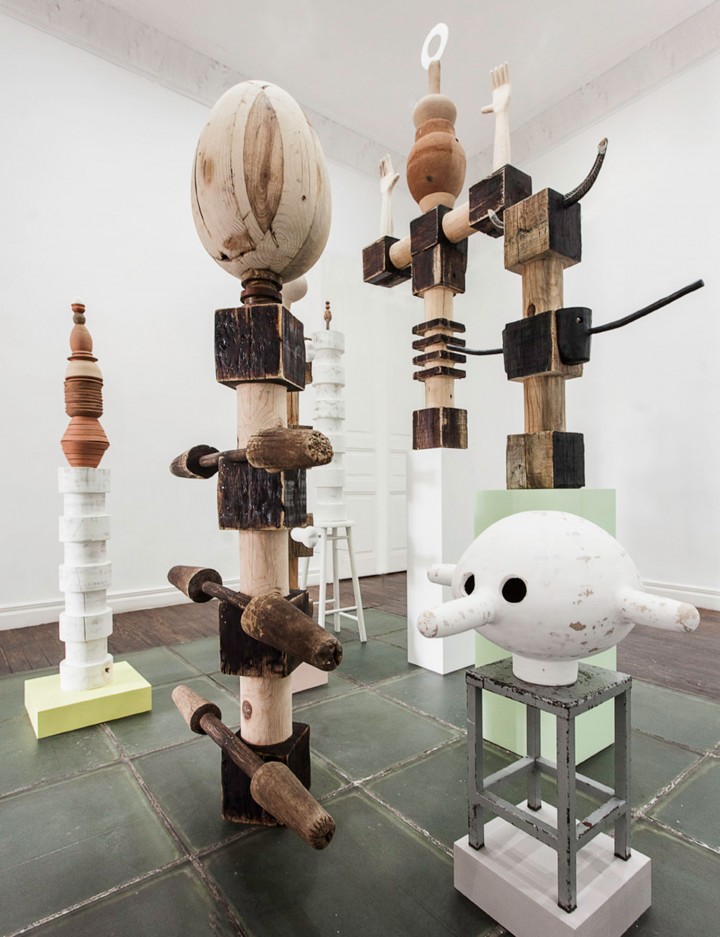 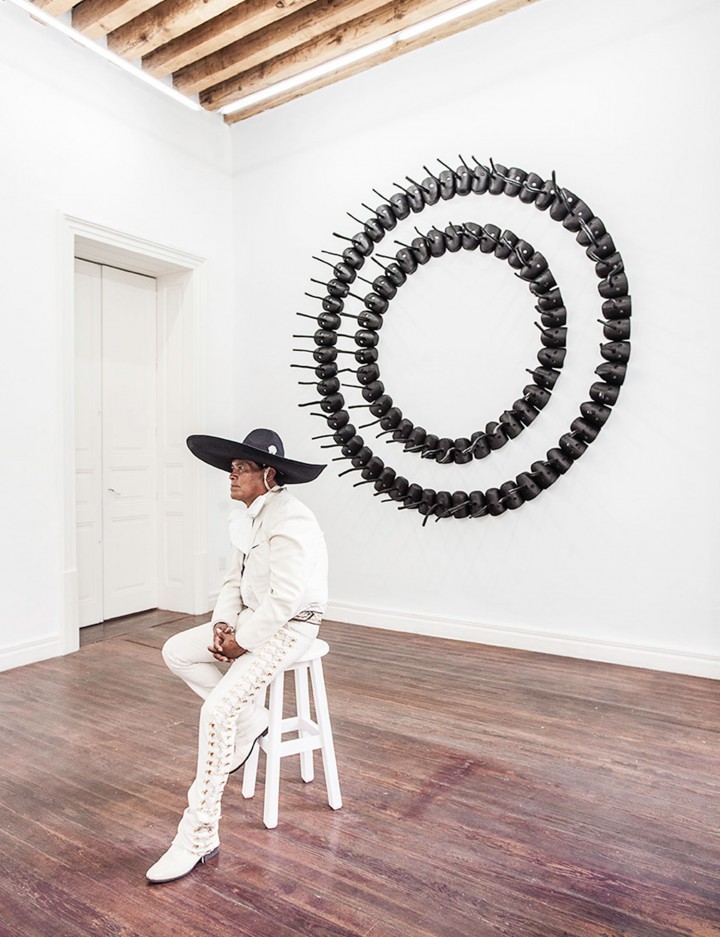 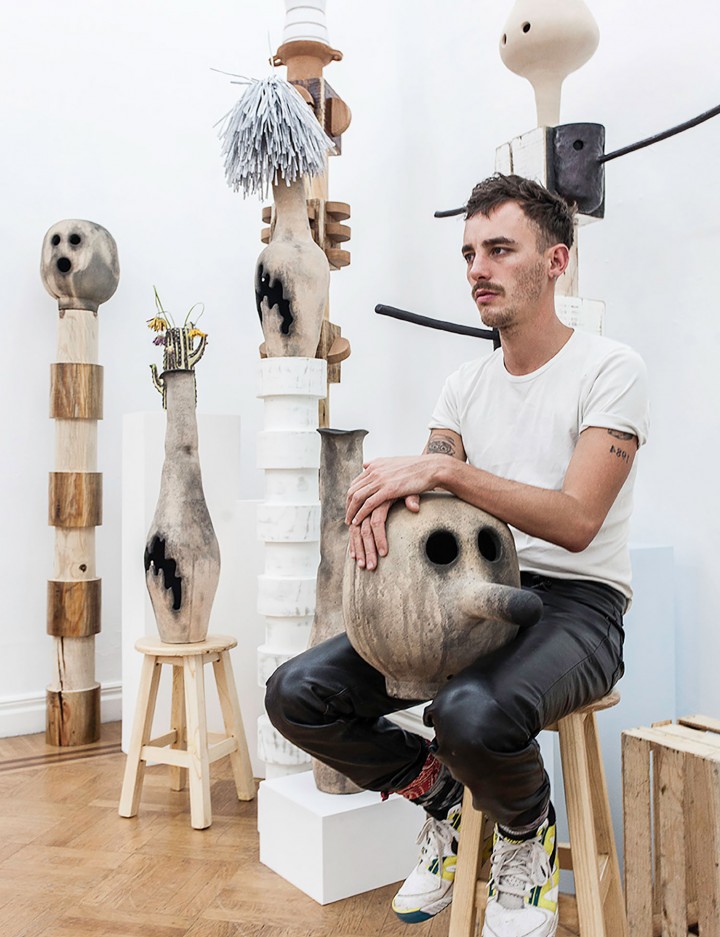 In 1962, at the onset of electronic technology, Marshall McLuhan wrote, “The human family now exists under the conditions of a global village,” making “concern with the primitive” both “banal” and “irrelevant to our problems.” Today, more than fifty years after McLuhan published these words in The Gutenberg Galaxy, Théo Mercier proves that his totemic artwork — designed for the imagined global village and deeply concerned with the aesthetics and ethics of the “primitive” — is anything but.

Mercier produced his newest sculptures during a residency program at the non-profit project space Casa Maauad in Mexico City. The earthen tones, natural materials, simple geometry, non-mimetic figures and strong familial themes that mark his statues evoke the traditional art of a variety of non-Western cultures in regions ranging from Central America to West Africa. Mercier’s grasp of this imagery — which so affected early Modernists like Picasso and Asger Jorn — is more visual or observed than intellectual or research-based, which contributes to the work’s temporal and geographical ambiguity.

Although Mercier was drawn to Mexico for its extraordinarily rich body of pre-Hispanic sculpture and artifacts, he spent the first few months of the residency isolated in his studio, remaining purposefully ignorant of his new surroundings so that his work would be a true foreigner’s response to the country, rooted in pre-existing general impressions. The result is a show that tows the line between anthropology and tourism, raising questions about cultural appropriation and, since the artist is European, racialized colonialism.

Mercier pulled the wood that forms the backbones of his mesmerizingly beautiful, almost alien sculptures from the ruins of a centuries-old, collapsed house in Mexico City — a nice metaphor for the centrality that Mexico ultimately does have in this work. He worked with Oaxacan artisans to make the ceramic faces that top several of his layered structures, collected miniature masks from flea markets across the country as inspiration, and hired people who represent Mexican archetypes in the global imagination, like white-suited mariachi musicians, to attend the opening. “CRAFT THOUGHTS | WOOD SONGS” swiftly debunks the idea that a craft-oriented, anti-conceptual practice can’t be rigorous and fresh.