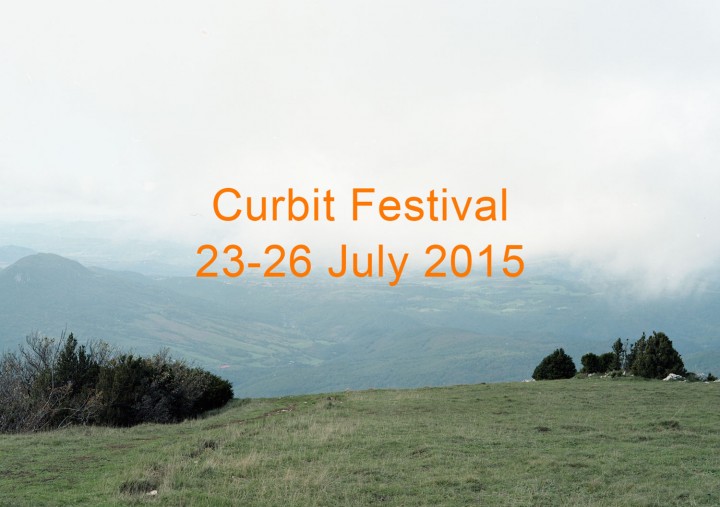 Curbit is an experimental interdisciplinary festival organized for the past few years in rural Switzerland. Its third iteration will take place from July 23 to 26 on Mont Salève, overlooking Geneva. Flash Art spoke with one of the organizers, artist Flora Klein.

How did Curbit evolve into its current form?

The idea for a festival came after a party Tiphanie Mall and I threw in our basement with Fabian Peña and Aaron Meier — both DJs and part of the collective Acc-Ess. The four of us had the desire to continue working together so we decided to organize an annual reunion in a remote outdoor setting where we could bring our ideas together. Guy Meldem, Sophie Ballmer and Tatiana Rihs had organized the first edition of Curbit on a plot of private land in Apples (VD), which had a focus on workshops, lectures and happenings. As we shared a similar vision, it felt natural that we continue organizing the Curbit Festival together.

How does your practice as an artist relate to your involvement with this larger collaborative project?

As a painter I have a relatively straightforward studio practice. I work through problems alone, on a defined surface. Therefore organizing a festival with my friends is somewhat the opposite of my practice. Generally speaking, I find it important to think about different formats, to create situations that enable exchange and the sharing of ideas. It’s important for me that Curbit offers a way of engaging critically with peers and others outside of an institutionalized frame or context.

What’s on the slate for this year’s festival?

We invited predominantly experimental, electronic musicians. For example Swiss musician Norbert Möslang will play alongside the violinist Agathe Max, however there will also be a concert from the Paris band GOL. Further there will be a performance and a talk by the UK artist group Plastique Fantastique as well as lots of DJs. Lifetime Achievement from Milwaukee will have a Mexican street kitchen stand, to name just a few of the many people involved over the three days.