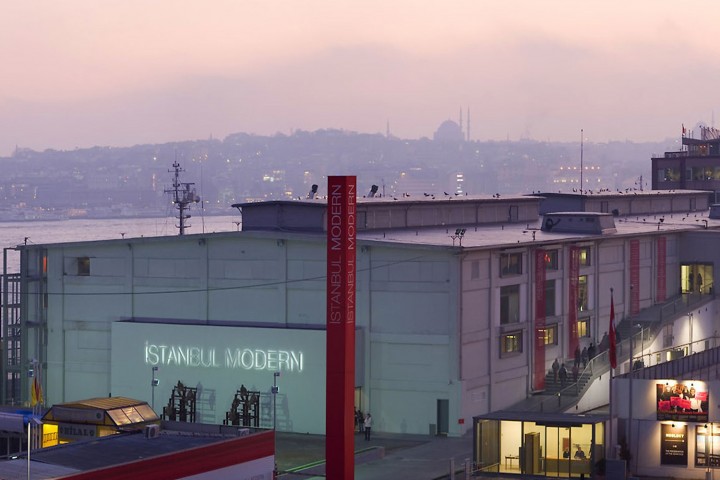 1
2
3
View of Istanbul Modern Art Museum, one of the venues of the 14th Istanbul Biennial.

1
2
3
Küçük Mustafa Paşa Hammam, one of the venues of the 14th Istanbul Biennial. 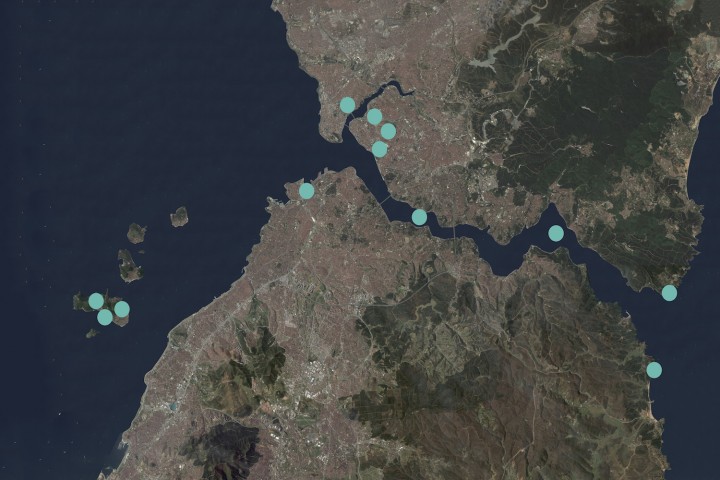 Carolyn Christov-Bakargiev’s Istanbul Biennial, entitled “SALTWATER: A Theory of Thought Forms,” will run from September 5 to November 1, 2015. The curator spoke with Flash Art about her concept for the Biennial’s 14th edition.

The press release says the Biennial is “drafted” by Carolyn Christov-Bakargiev. Can you address this word choice?

“To draft” suggests “to draw” or to make a proposal or plan for something to come later. Drawing is a fundamental gesture of mark making, which is not only human but also refers to the acts of other living entities and geological formations; from cave paintings by humans to rivers drawing their riverbeds to ants drawing tunnels under the earth, to draw is a gesture known in the world and it has different connotations — to “draw from” is to be inspired while to “draw the line” means that an ethical limit has been reached beyond which one is not willing to go. “To draw” can be purposeful — like when you draw plans for a building — and purposeless. The latter was one way humans during the Enlightenment defined art: a purposeless activity, as the other side of productive society. “Drafting” is a word that is not used in the art world today and doesn’t have the connotation of power that the word “curating” has, which defines a job of advising art collections, selecting, dividing the good from the less good. It serves a productive function, and when you do that you become a functionary, an academic. You assert power, and I have negative associations with this sort of activity. This fundamental gesture of drawing and mark making came to my mind after looking at the Bosporus, which looks like a line drawn by a giant, connecting two seas. Its etymology — “ox passage,” from the Greek bous, which means ox, and poros, which means passage — relates to a previous time when the Bosporus was not open, since during history, due to the moving of geological fault lines, this geographical configuration has changed many times, opening and closing. This place, where oxen and cows could pass through, made me think of “thought-forms,” which are the ancestors of commercial logos, the manifestations of what is invisible and yet visible, or invisible and apparently abstract but certainly physical. Annie Besant and C.W. Leadbeater’s Thought-Forms (1905) inspired many artists exploring abstraction in the early 20th century but also later became the commercial logo; by going to the roots of this concept, according to the theosophists, I would like to surrealistically drown out all the logos of the world in a huge bonfire and cacophony of symbols and thought-forms.

Among the individuals involved in your draft you invited Pierre Huyghe. Can you talk about his involvement in the Biennial as compared to artists who were invited “simply” to exhibit?

He is one of my alliances. “Alliance” is a word that sounds military. However, following my desire to refer to the etymology of words, the first usage of this word indicates the ring symbolizing marriage and it means to tie together, to knot. We tie this knot after a long relationship; at Castello di Rivoli, for his retrospective in 2004, we tied a lot of knots with children from the town and brought an air balloon into the sky and then up the hill from the village into the modernist white cube of Rivoli’s third floor, making this space softer, thinking about folding, about paper, about Bergson, the Baroque, Deleuze. Then in Sydney in 2008 we brought two thousand trees into the Opera House and people could wander inside wearing miner headlamps, looking like fireflies. Our intellectual lives run in parallel; we influence each other; we both think about living identities, the co-agency of materials, trees and animals. His dOCUMENTA (13) piece Untilled (2011–12), which was a microcosm of the whole exhibition, was a compost heap to go against the idea of the archive, and it was not made only for human visitors — it was also made for insects and a myriad of other visitors.

He has been making exhibitions forever. Even in Rivoli we used a show controller to activate his works according to a score. From the bus journey he organized to visit his grandmother’s house to the casting session of the remake of a Pasolini movie that ended up being the piece itself, this movement has been with him for a very long time. Even in his first exhibitions with Philippe Parreno, he shared the desire to use time in order to articulate space. The Host and the Cloud (2009–2010), filmed at the Musée national des Arts et Traditions Populaires in Paris during a three-day apparition and experiment — Halloween, Valentine’s Day and May Day — is a milestone in the history of exhibition-making as opposed to art-making, and it comes before the recent fantastic “exhibition” at the Centre Pompidou. For Istanbul, we talk about ideas, about autopoiesis, about the world; he inspires me, and gives advice when I ask for it.

I once heard that during your time at PS1 you said you wanted to leave your work in the field of art and escape to the island of Elba in the Mediterranean. What made you stay and end up organizing shows like “Faces in the Crowd: Picturing Modern Life from Manet to Today” at Castello di Rivoli, the 16th Biennale of Sydney, dOCUMENTA (13), and now the Istanbul Biennial?

I am a skeptic and an enthusiast at once, and live in an Adornian mode, always alert to a form of negative dialectic, and thus in and out of the art world. I want to live life, and yet I also want to reflect on it, through research and exhibitions. “Le contraddizioni sono ovunque” [contradictions are everywhere], Italian artist Francesco Matarrese once said. 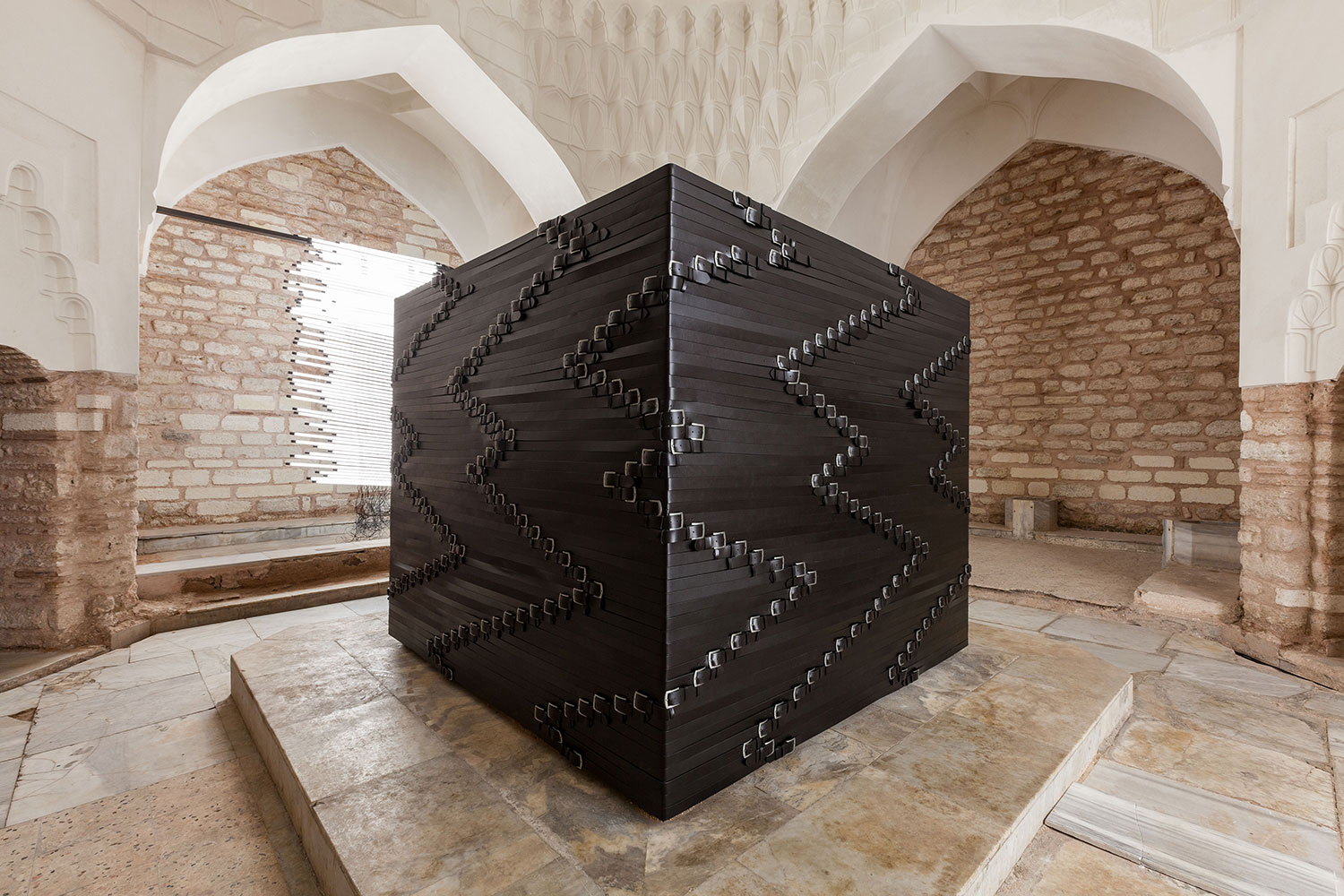 Curated for the first time by two artists, Michael Elmgreen and Ingar Dragset, the fifteenth Istanbul Biennial may surprise those…