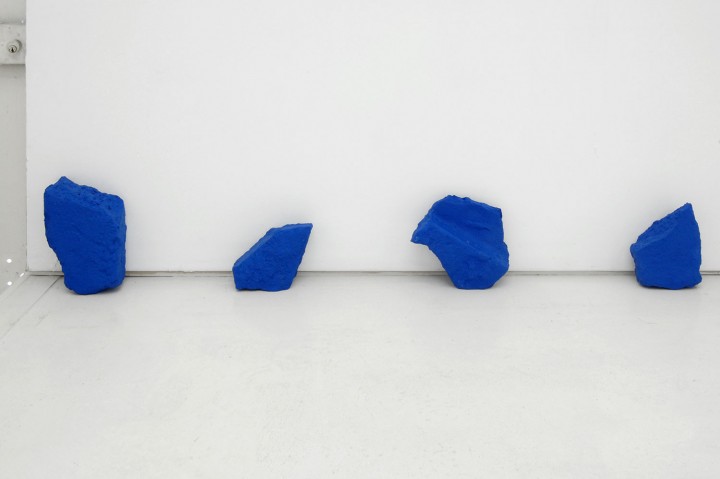 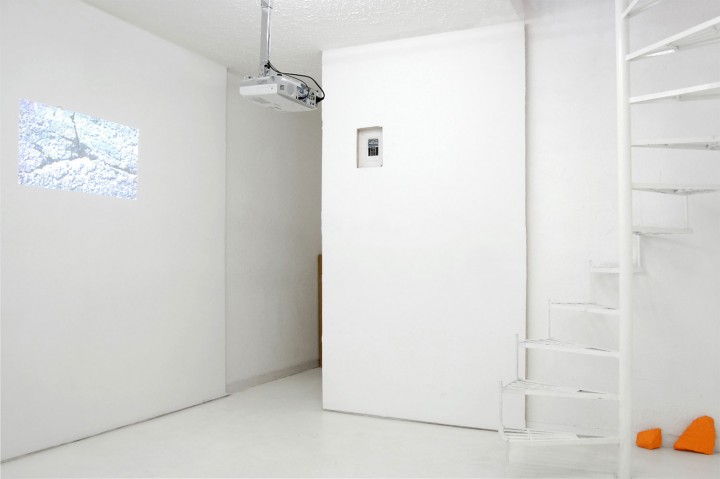 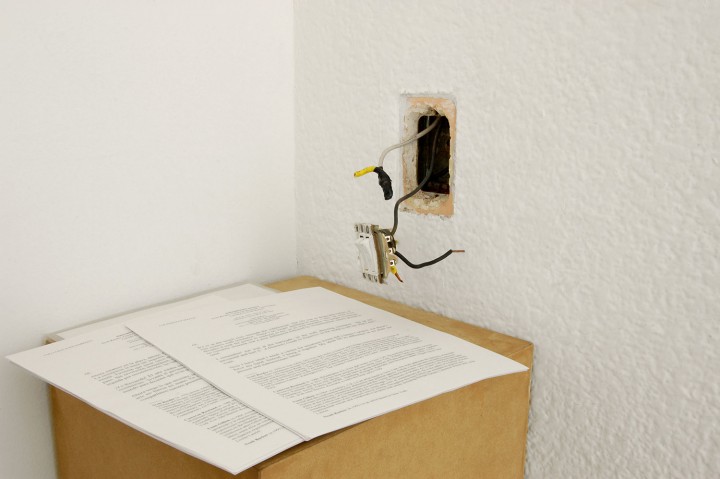 Having grown up in a post 9/11 world, millennial artists like Noah Barker, the curator of the group show “International Currency,” don’t voice resistance (as rage has long been turned into another banal nutrient for the Matrix), but rather display traces of elegant self-respect as the world finally collapses into chaos. Their art is made of modest, symbolic gestures that seek to establish a relationship with their opinionated predecessors, and they use opacity as a means of counteracting the network’s ubiquitous craving for transparency.

Liam Gillick’s video Heckle (2014) is a portrait of a decaying pier on a Greek island: turquoise sea and sky, white plastic chairs waiting for off-season tourists. Unrelated to the imagery, the soundtrack comprises various forms of “heckling” — the noise of waves washing ashore, an indistinct clamor of protest during Occupy Wall Street, a free-jazz concert. These sounds are superimposed over long, factual still shots like distant rumors, evoking the occasional collusion of emancipatory agendas that forms of spectacle and activism sometimes share. Cameron Rowland’s almost unnoticeable work, Constituent (2014), consists of the copper wire from a couple of electrical circuits in the gallery, which Rowland has had an electrician render visible. Copper smuggling is a recurrent subject in Rowland’s practice: what interests the artist is the potential currency that this material gains due to its increasing value as a raw material. The final work in the show, Detroit Rubble (2015), is a set of construction remnants that Detroit-born artist Scott Reeder asked the gallery to collect from around its neighborhood and to paint in bright complementary colors. As cited in the press release, they are intended to make visual and literal reference to the cobblestones of 1968 Paris.

The philosophical current of speculative realism is to propose an update of a millenary, ontologically oriented conception of the universe as a means of understanding the ways that technology has revolutionized our world over the past ten years, in the process granting objects and phenomena a dystopic subjectivity as collateral damage. How scary then to realize that the point of view in the press release is that of “capital,” not the “curator”: “Art doesn’t force my hand. Instead, I bring it together. My ideas fill its difference as we share our present and indeterminate future.” 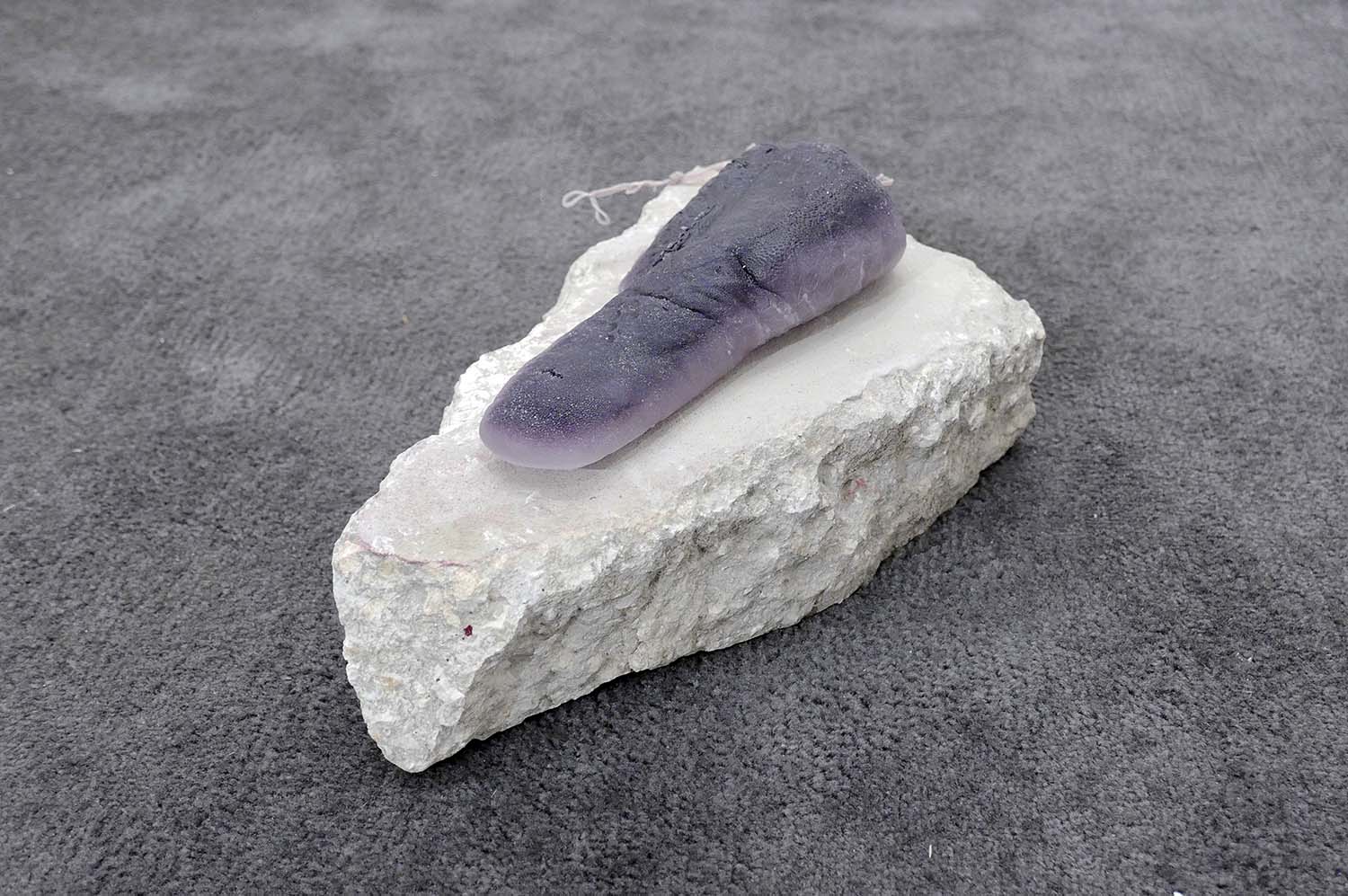 As a foreign art student in the United States, Francisco Cordero-Oceguera was trained in a nomadic style of exhibition making…