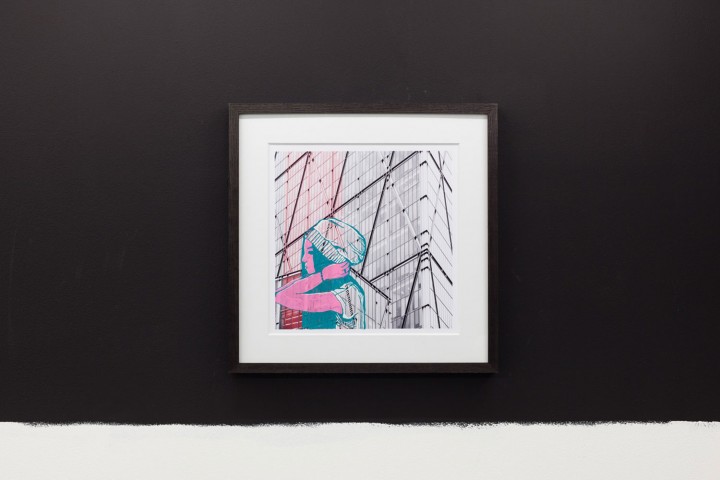 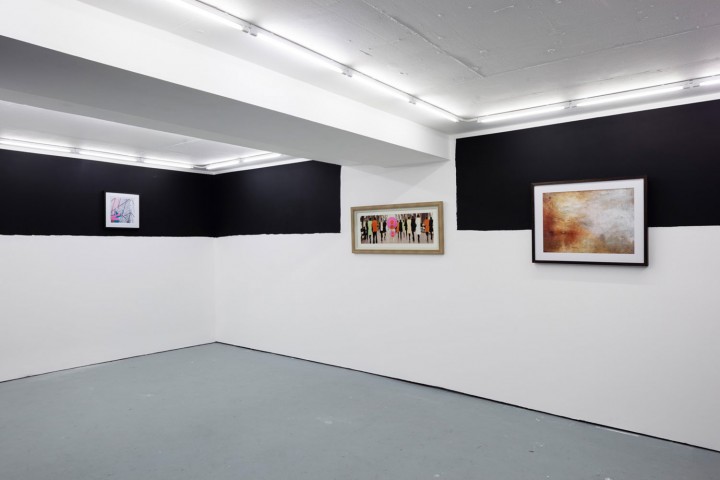 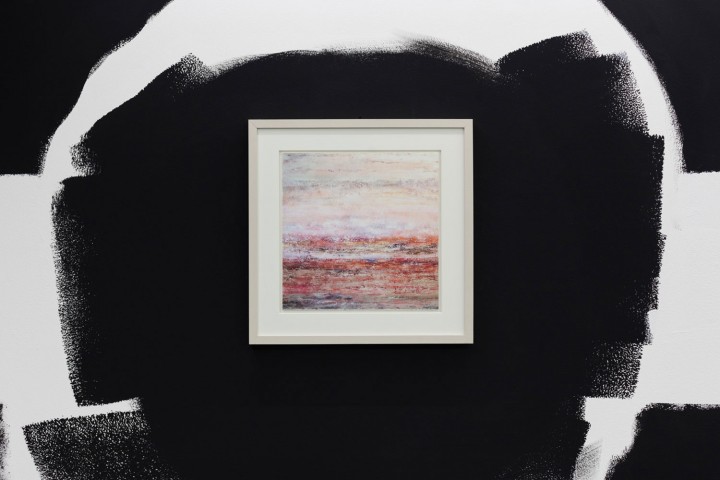 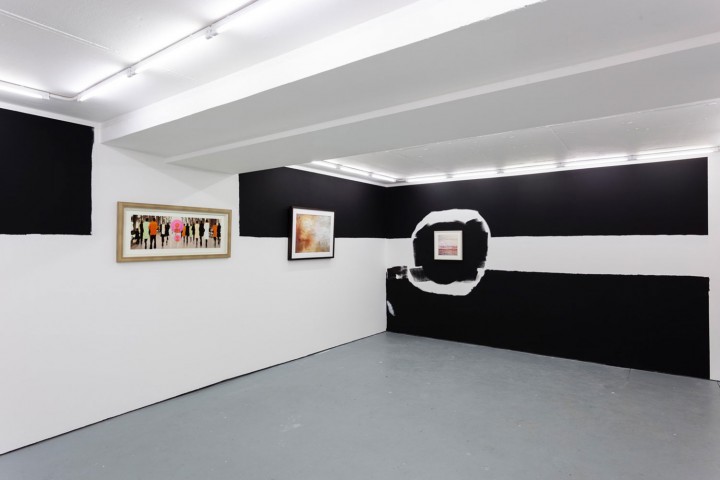 “Travelers return from the city of Zirma with distinct memories: a blind black man shouting in the crowd, a lunatic teetering of a skyscraper’s cornice, a girl walking with a puma on a leash.” The imaginative city of Zirma is one of the many Invisible Cities described by Italo Calvino in the book from 1972. “The city is redundant,” he writes. “It repeats itself so that something will stick in the mind.” Can a city be experienced through its commodified images? “Permanently Tiedup Version of You,” Nicolas Ceccaldi’s first solo show at Project Native Informant in London, is an exercise in urban experience, image circulation and détournement.

The artist’s overture is firmly declared by the way the space is transformed through an in-situ intervention as a response to the black walls left by the gallery’s previous guest. Leaving much of the space in its previous state, Ceccaldi takes advantage of walls raw that convey an un-shimmering, degraded appearance reminiscent of city peripheries, while also adding a visual layer to the images presented. Borrowing from Liz Jameson, William Turner, Lorraine Christie and Scott Dunwoodie, the five prints, all acquired in a well-known London department store, present an evocative potential, while at the same time enhancing the artist’s seditious attitude. Placed in the gallery but consciously framed for domestic display in small and medium sizes, the renowned reproductions within the intimate perimeter of Project Native Informant evoke Romantic horizons and Futurist attitudes toward modernity.

“There is no more beauty except in struggle. No masterpiece without an aggressive character.” Thus declared Filippo Tommaso Marinetti in the 1909 Futurist Manifesto. Ceccaldi’s combination of famous copies and site specificity convey subversive feelings and a déjà-vu state. Each artwork, titled as the original, states its author’s materials with an extra intervention by the artist, who has added to their surfaces drawings in paint marker. Recontextualization and deviation are present on various levels, investing the whole exhibition with a familiar urban sense of loss and encounter, transformation and contamination.