The website of Artribune recently hosted an exchange between the philosophers Emanuele Coccia and Federico Ferrari regarding the relationship between social media and Contemporary art, each offering different takes on the extent to which the historical avant-garde anticipated the cultural practices surrounding social media. Curiously, they both leave out the role of advertising.

One very tangible way in which this is true comes to mind. As the prominent Italian news outlet Il Corriere della Sera reports, since the emergence of Covid-19, the advertising billboards on the sides of prominent buildings undergoing renovation have slowly disappeared from the streets and piazzas of Milan. For the city’s residents it is common to see buildings wrapped in white sheets, often bearing a sketch of the underlying façade as it will appear when the restoration is complete, and almost always featuring an advertising billboard of some kind. Recently, however, the familiar images associated with major brands, the launching of new TV series or new consumer products have disappeared from these enormous canvases, leaving them empty: advertising in public space has faded in the “absence of eyes to see it, retreating like an urban low-tide”2.

It is appropriate that such a phenomenon would be observed in the capital of Lombardy – this is, after all, where the practice began of the tromp l’oeil canvas, concealing the scaffolding with a picture in the likeness of the building underneath. As Marina Pugliese, who is the Head of Public Art for the city of Milan3, notes in her chapter from the book Public Art in Urban Space which considers the installation project In Alto: art on the scaffolding, the restoration of the Palazzo Larino in Piazza della Scala in 1989 was the first to employ the method, aiming to “harmonize the ad with the architectural context” (p.91). Interestingly, this is exactly what In Alto, a project that sought to carve out space for young artists to exhibit their work in the parts of the canvas that, in turn, get covered as they are typically designated for advertising, wanted to disrupt. They were attempting to prompt the inhabitants of the city to pause, to focus their attention and increase their awareness of their surroundings when they are too often suspended in distraction, interrupting the “flow” of reassuring and above all recognizable images that are the “vehicles of [consumer] products” (ibid).

Clearly this “flow” has moved online, and such a real world example of how our appropriation of digital space does indeed have tangible effects on our urban landscape and vice versa gives us a new lens through which to read Coccia’s suggestion that social media is “the realization of the project that the historical avant-garde had given to art, that is: to coincide with life”.4 Putting forward the idea of a collective novel, Coccia contends that social media represents a new, expanded literature that embraces all media and allows us to reconsider the limits of spatial separation, a result of which he argues is that consciousness no longer depends on a hermetic turning inwards but is rather negotiated outside of ourselves, in public.

Part and parcel of the aestheticization of life, however, is another confluence that Coccia elides – that of art and advertising. Indeed, this is not insignificant when one considers the activity of the Futurists such as Fortunato Depero who writes in his 1937 manifesto Il futurismo e l’arte pubblicitaria that “The art of the future will be powerfully advertising art”.5

The extent to which the aestheticization of the world is the commercialization of the world is also left unexplored in the connection between twentieth century experimentalism in the arts and social media put forth by Federico Ferrari in his response to Coccia. While drawing his own continuity between the historical avant-garde and today’s culture as it manifests itself online for their shared “euforia of the new”, he skips to the birth of Contemporary art in the late 1960s and draws a parallel between the implications of social media as “collective novel” and, not a Futurist motto, nor one of Duchamp, but that of Joseph Beuys, namely that “everyone is an artist”. When we consider that it translates in practice into Beuys’s formulation of the concept of “social sculpture” in which society as a whole was to be regarded as one great work of art to which each person can contribute creatively, this catchphrase indeed resonates with Coccia’s argument, in particular his line that with the prevalence of social media “life becomes a series of auto-fictions that serve to become that which one is”.6 Ferrari recalls Benjamin Buchloh’s scathing critique of Beuys’ fictionalisation of his own biography by rebuffing Coccia and smirkingly drawing attention to the fact that, “as every good millenial knows, one’s identity on social media is pure fiction”. He is thus able to rephrase Coccia’s admittedly highly quotable line to consider social media alternatively, as “the best way to become what one is not”.7 Furthermore, he can’t resist taking a jab at his students at the Academy of Fine Arts of Brera in Milan who “play artists on social media, but of whom only 10, if we’re being generous, will actually become so.”

While some ten years ago in his book Going Public (2010) Boris Groys anticipated the Coccia/Ferrari debate by articulating the concept of “self design” whereby the artist has become the artwork, what was different about the intellectual climate surrounding art in the late 60s and early 70s that Ferrari mentions was, precisely, an awareness of the difference between notions of public and publicity8 that today is nowhere to be found. An echo of this was evidenced by art critic and former editor of Flash Art Elio Grazioli in a 2003 public conversation on the relationship between advertising and public space in Ferrara, namely that art interventions in public space must seek to break with the continuum of commercials, not to be a commercial, and indeed must seek to stand out from the “flusso diffuso” of the city, that seething amalgam that Grazioli calls “producer of aesthetic images more efficient and diverse than art itself” (see: Pugliese, p.91).

The extent to which we should rekindle such an attitude with regards to art’s role in our digital spaces is among the most pressing questions facing artists today. For the major social media networks are themselves advertising platforms a priori, owned by (albeit publicly traded) corporations, the goal of which is to increase earnings through the money spent to exploit their scale and efficiency. On the other hand, the networks are used – by artists, for lack of a better word – for self promotion, for publicity. To the same extent that they have become a form of “expanded literature”, they too have become an advertising platform within an advertising platform and artists today need to be critically aware of this rather than just perpetuate a passive practice of using social media as a means of publicity. What is at stake is a dynamic, participatory public space and the extent to which video, broadly understood in such a way that includes all so-called “social media”, is ever to be genuinely considered as such.

In a curious intersection of social media and public space, an electronic billboard in Boston’s Seaport recently featured an advertisement for Instagram that gave pause to this passerby. It featured the bold slogan “We make today”. It is vague enough that it could perhaps apply as a catchphrase to summarize the position of either Coccia or Ferrari, depending, of course, on to whom the pronoun refers. We make today indeed, but as we do so, regardless of whether we are one of the 10 students of the Academy of Brera who will supposedly become an artist, or anyone else with a smartphone, we would do well to remember the refrain from Richard Serra’s 1973 video Television Delivers People: that if we are not paying, “(we) are the product…”9.

3 A title that she, by now perhaps typically, holds remotely.

8 W.J.T. Mitchell’s 1990 essay on “The Violence of Public Art: Do the Right Thing” that begins with a reflection on how he is possibly the last person to photograph a statue of Mao in Beijing before it was toppled and smashed, distinguishes between public and publicity and suggests that “the “publicness” of public images goes well beyond their specific sites or sponsorship: “publicity” has, in a very real sense, made all art into public art.” (p.881).

Carbon, Claus-Christian. “Universal Principles of Depicting Oneself across the Centuries: From Renaissance Self-Portraits to Selfie-Photographs.” Frontiers in psychology vol. 8 245. 21 Feb. 2017, doi:10.3389/fpsyg.2017.00245

Danto, Arthur. After the End of Art: Contemporary Art and the Pale of History. Princeton University Press, Princeton, 1997. 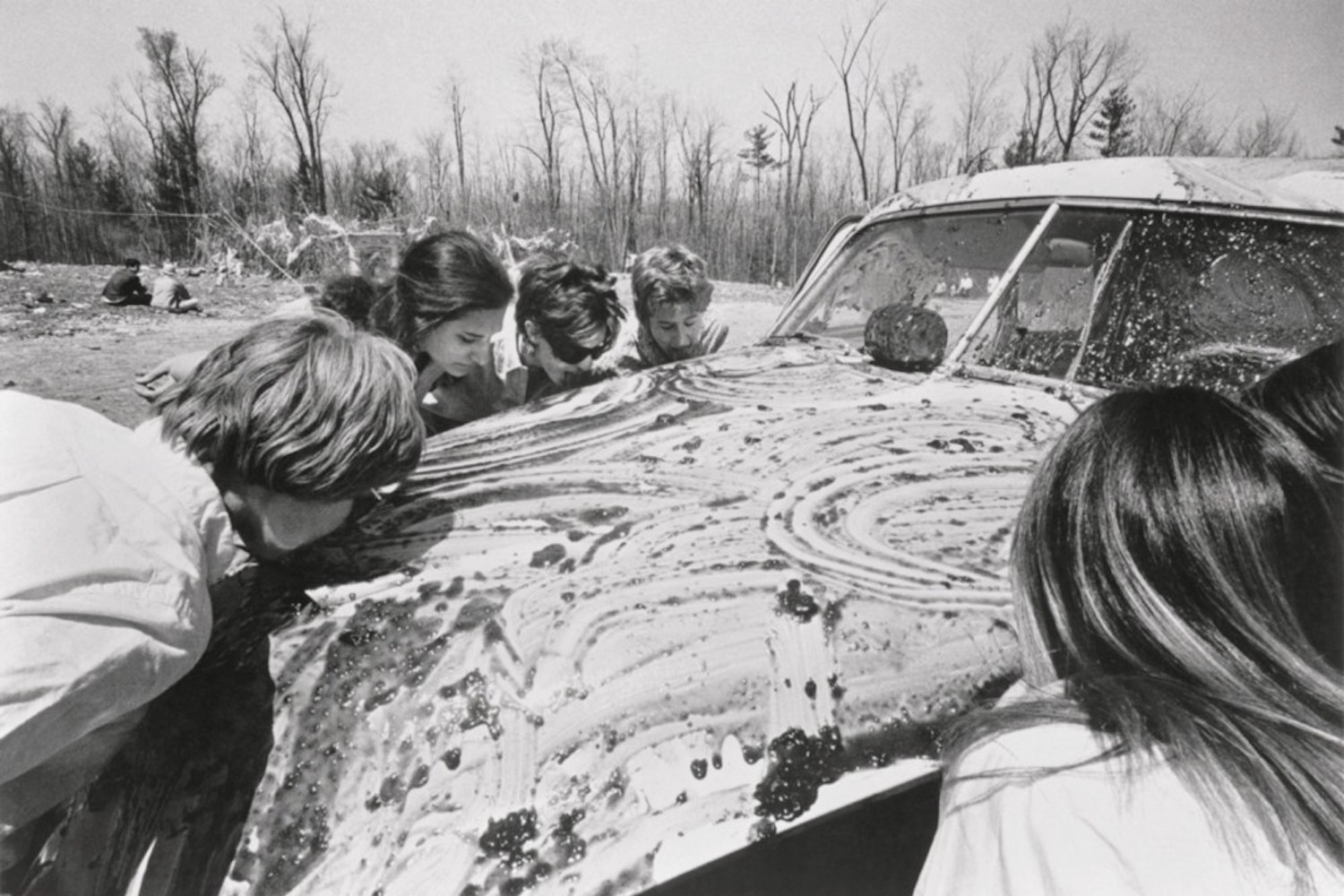 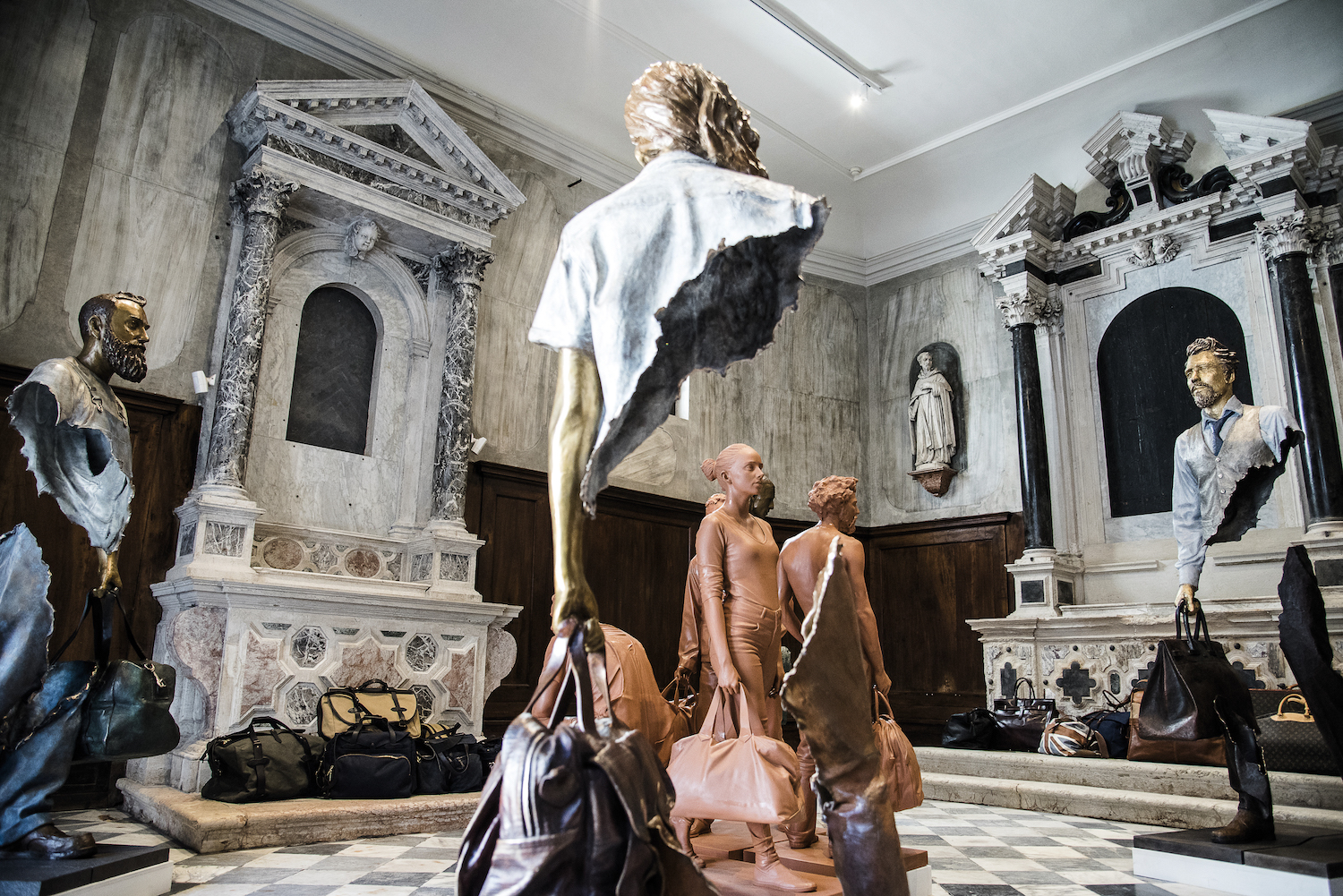