Gea Politi: As part of the capsule collaboration, Celine produced “Portrait of An Artist,” a series of videos representing the works and “daylife” of six contemporary artists today. Do you feel this video represents your practice exhaustively?
Tyson Reeder: I made the video last summer while working on my solo show at CANADA gallery, in an industrial building in Michigan that had an almost rural sense of isolation. Very few humans, a couple of pet goats, a drone, and plenty of quarantine downtime to get lost in. The video reflects some of what was going down. Strange disembodied Zoom performances and drawing sessions with my scattered artist friends seeking community in new ways. Stark images of abandoned businesses, hand-painted signs, and a kind of melancholy snapshot of nature thriving during a time of unprecedented social unrest.
The lonely mood of the video paired with the painting show I eventually produced, “Gorp,” which opened last October in New York. The music was made out of looping some of my distracted guitar noodling and bells from the goats I would feed every morning.

GP: Was this video the first attempt to realize a “moving image” in your practice?
TR: I’ve worked with video a lot but always in a collaborative context with my artist brother Scott. We’ve made an ambitious serial soap opera set in Milwaukee, a slew of music-driven abstract videos with found objects, and most recently an Instagram serial called @night_school made during quarantine. This “Portrait of an Artist” video made for Celine was the first piece I’ve made that captures some of the deadpan emptiness and sun-bleached faded color of my paintings. I was really happy with how it came out. 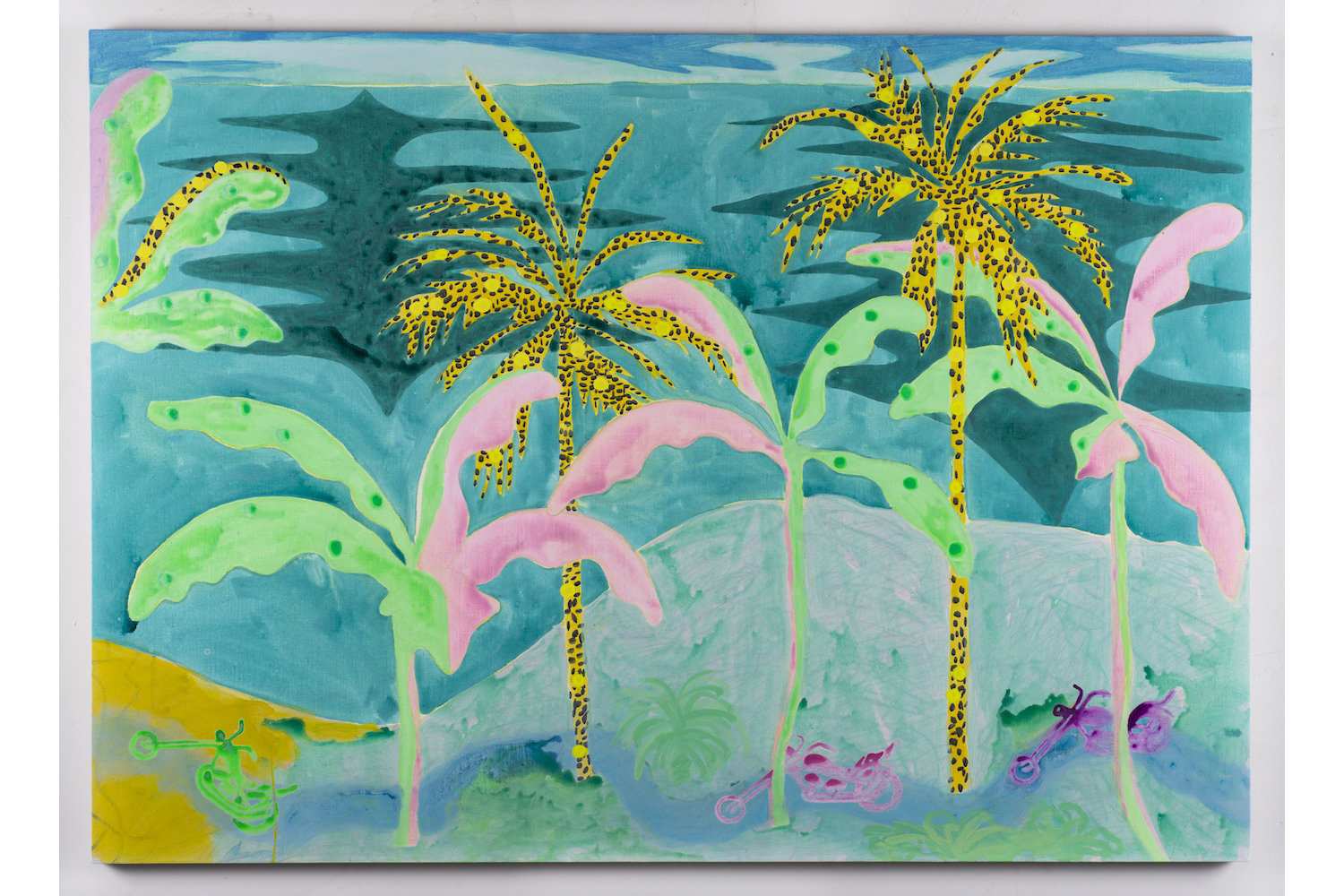 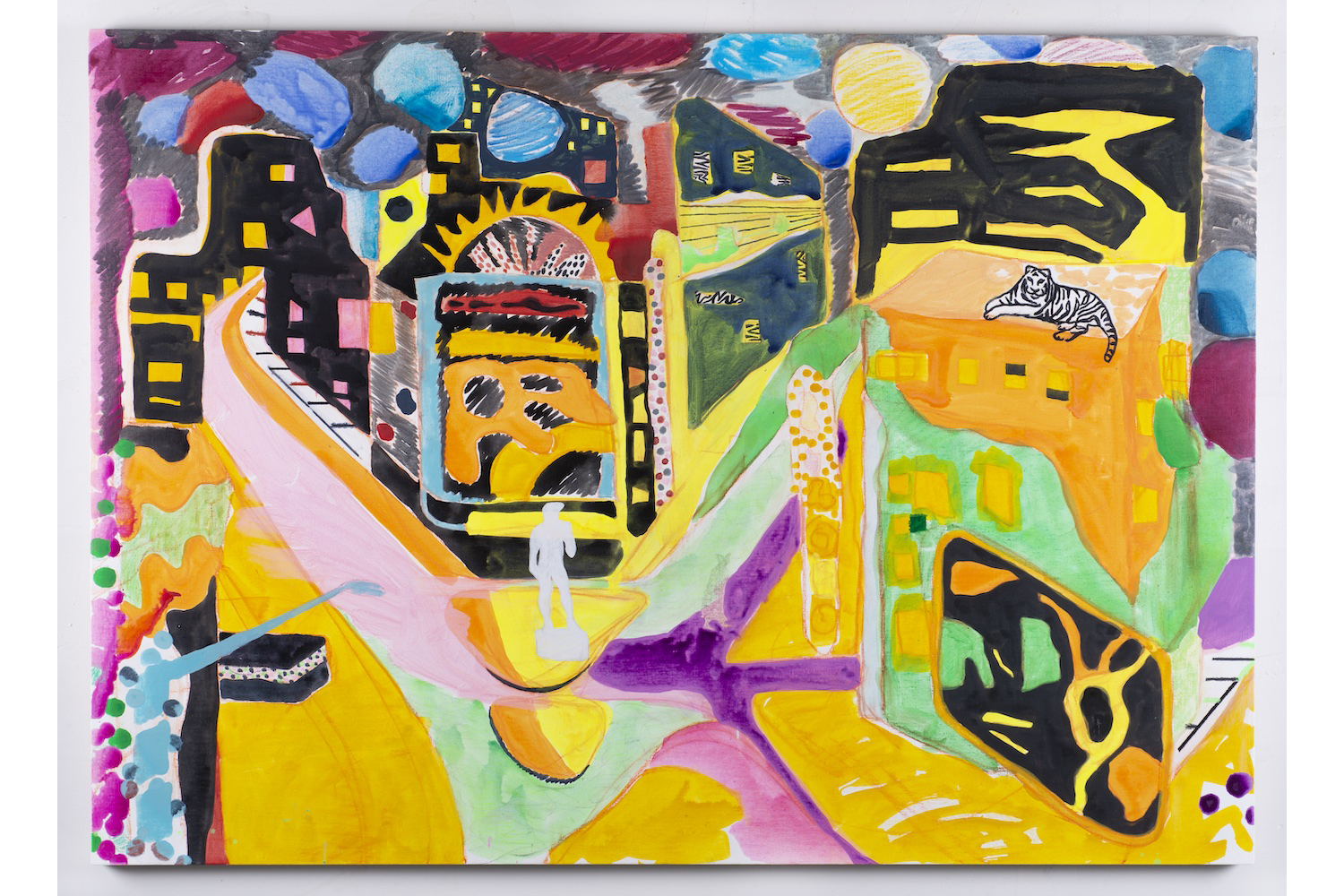 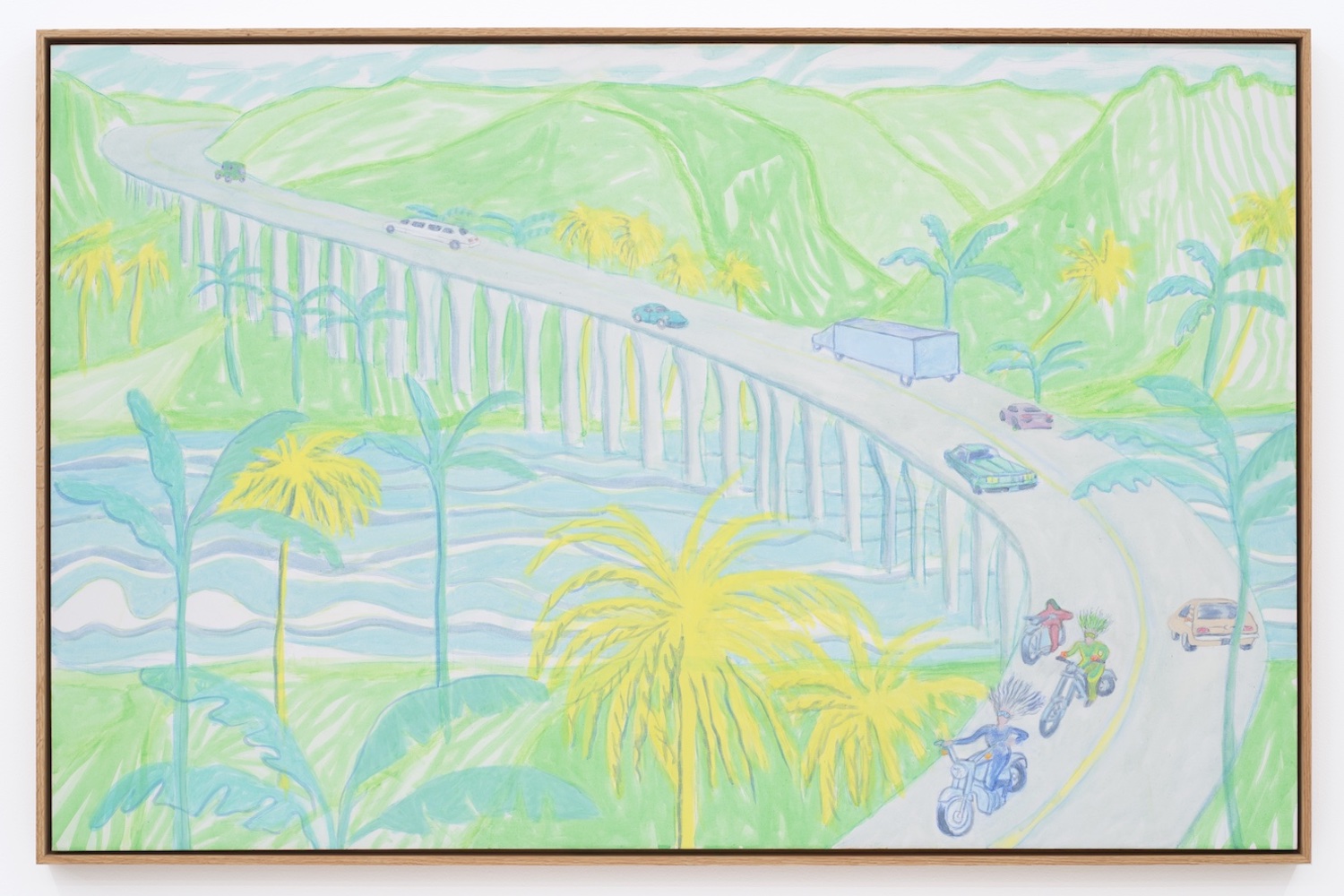 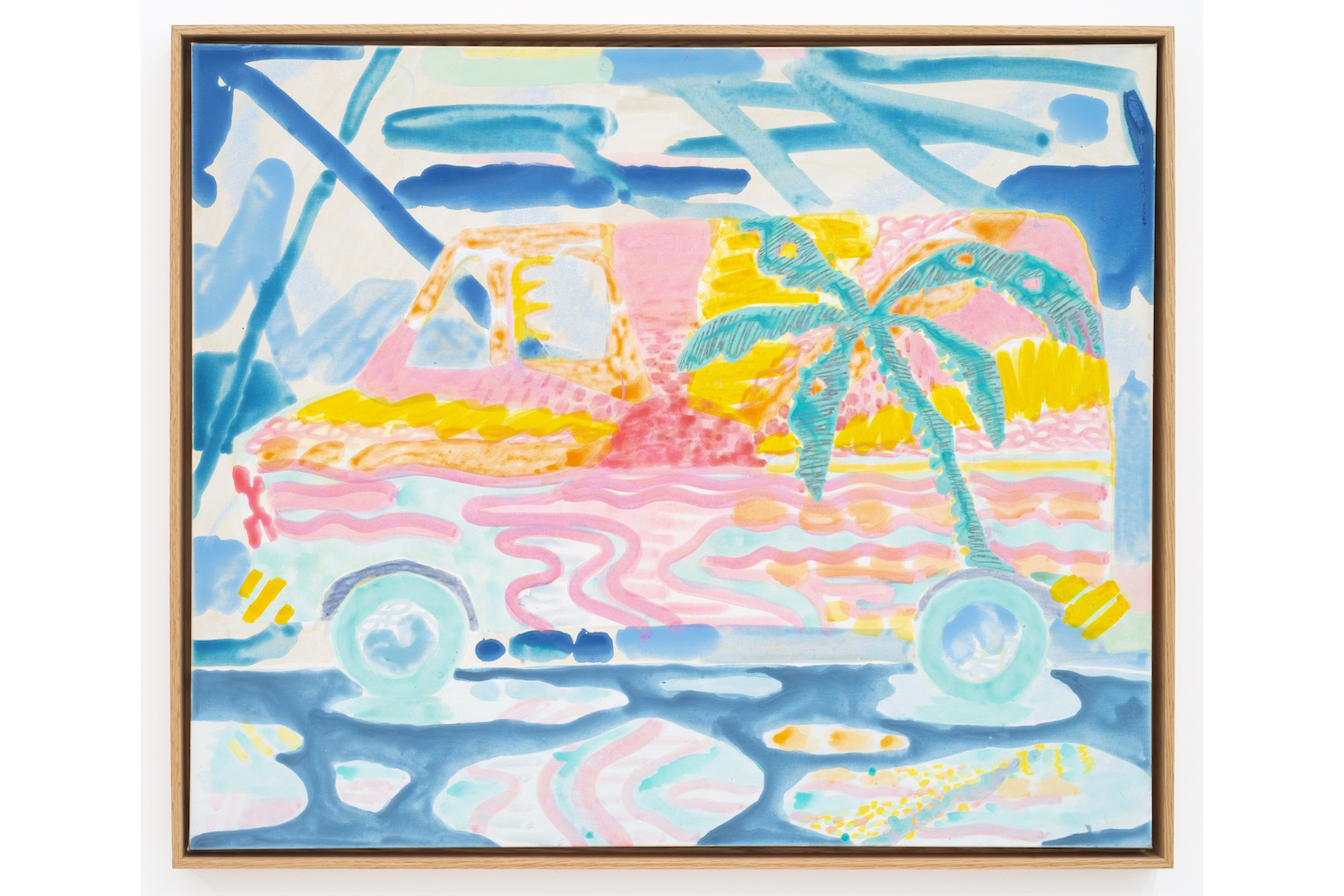 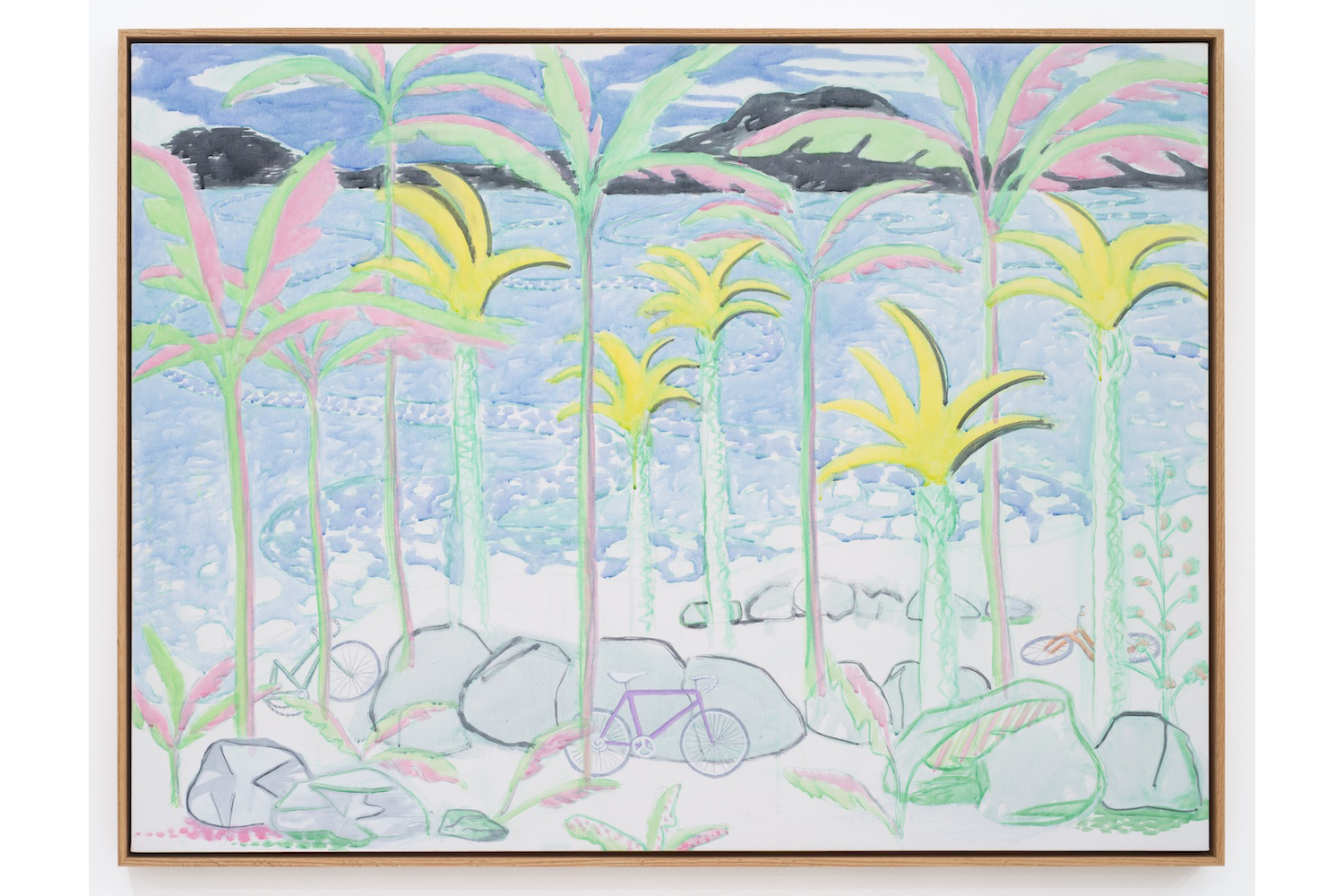 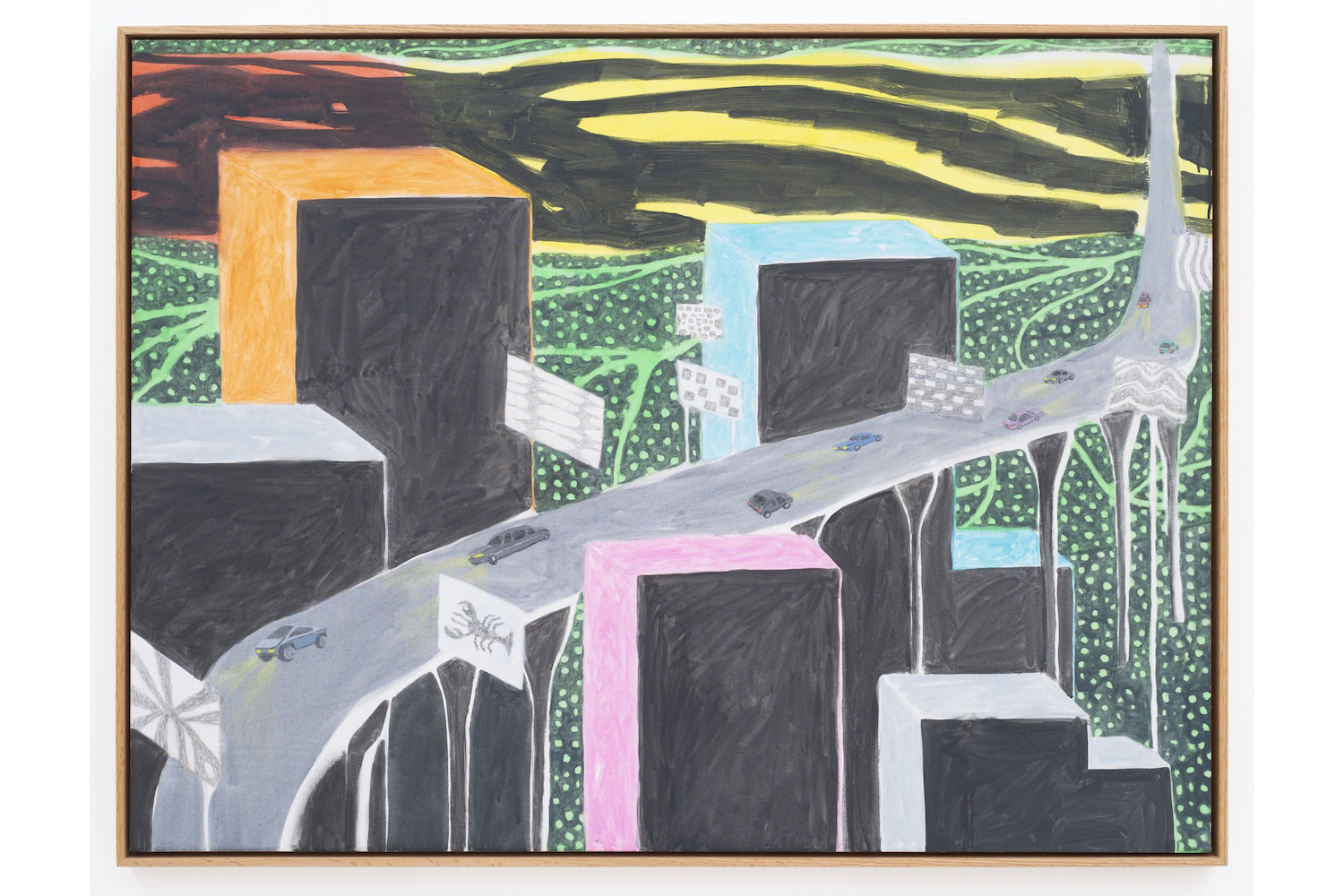 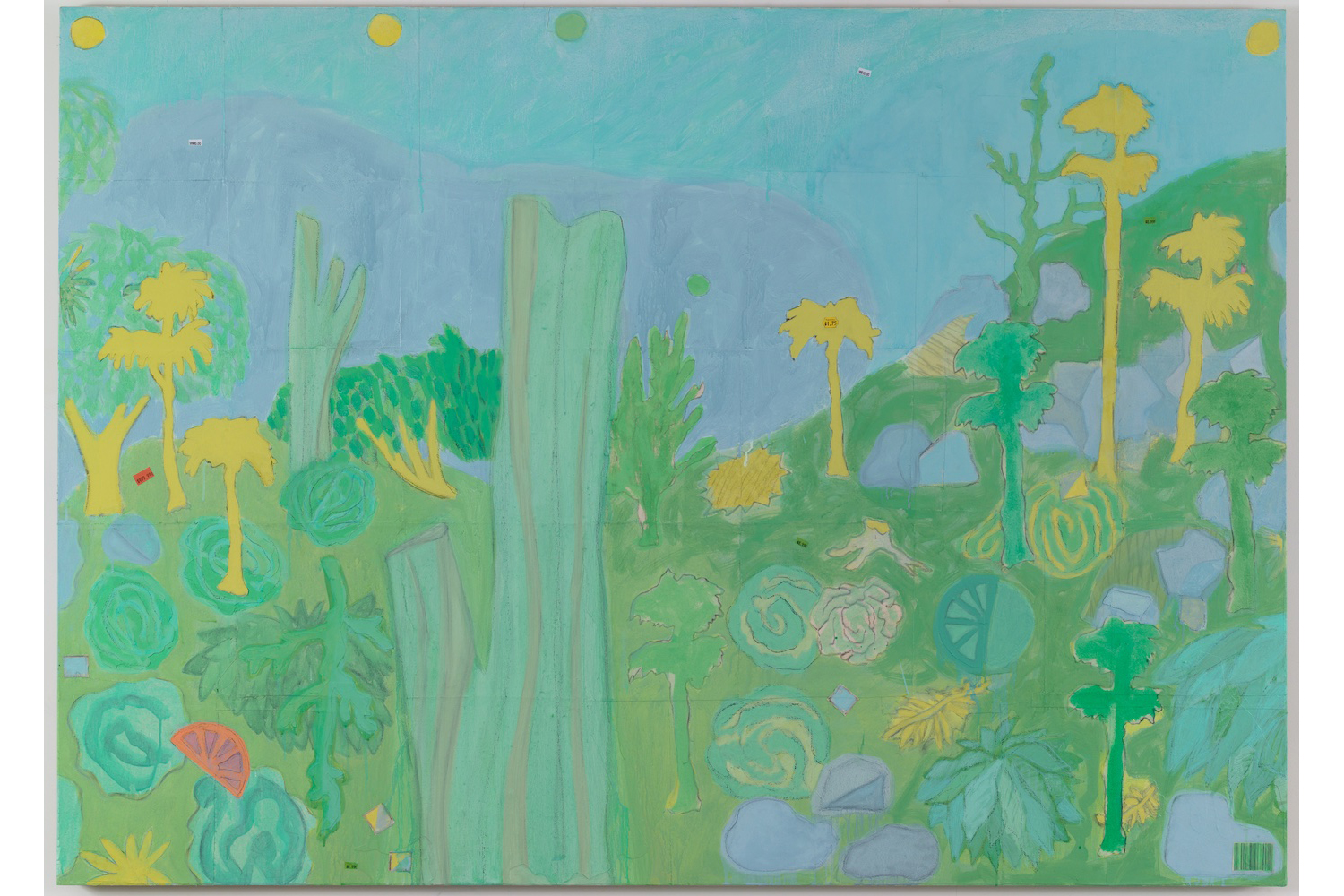 GP: How did this collaboration with Hedi Slimane come about? Since he is quite a connoisseur of contemporary art, was he aware of your work for a long time?
TR: Hedi and the Celine team came upon my work recently through my gallery, CANADA, and at the Independent Art Fair in New York, where the painting Autobahn (2019) was featured. I’ve been reverse engineering all the mutual intersections with Hedi’s projects since this collaboration began — LA artists he’s championed, obsessions with music culture, etc. But there wasn’t a long relationship before this.

GP: Tell us how you built the capsule collection from the series “DANCING KID – A TEEN ROMANCE.” Was this your first approach to fashion?
TR: I’ve never collaborated with a respected brand at this scale before. I think fashion captures the imagination of most visual artists, painters in particular — the desire to say as much as possible to a viewer in a single glance is closer to painting than most other art forms. Film, literature, and music take you on a linear, time-based journey of unfolding emotional cadences. Fashion and painting do what they do in an instant one-second moment of recognition or dismissal.

GP: What were the main keywords/ideas for the making of this collection?
TR:  I think some of the quotation and fracture in my work serendipitously aligned with the pastiche of youth subcultures and attitudes in the collection. I tend to pull from equal parts canonical painting history and more sublimated vernacular stuff — album covers, thrift store magazines, iron-on patches, decorative printed fabric. This hallucinogenic mash-up of styles combined with my escapist vistas seemed to fit the moment.

GP: How was it to produce a collection during these times? What do you think the complexities were?
TR: Most artists I know, including those I teach, have been struck dumbfounded as to how to proceed with the practice they had before. As counterintuitive as it seems, observing the speed at which the fashion world has adapted and innovated during some of this has been instructive as a possible way forward. As physical spaces shuttered, a lot of my peers started to get more hermetic, and some of this DIY provisional way of working I realized I’ve been missing for a long time. I started a gallery in my fish tank with exhibitions of waterproof work and live fish called @bubblezgallery. I’ve been making T-shirts with friends, having small collaborative drawing parties, recording garbage low-fi improvised music. It’s felt like a wartime atmosphere almost, where art has gone underground out of necessity.

GP: Are you still curating General Store with your sister-in-law and brother?
TR: General Store, as a physical gallery in Milwaukee, Wisconsin, ended in the mid-2000s, but as a three-person team we went on to curate shows, art fairs, and events, including “Drunk vs Stoned” (1 and 2) at Gavin Brown’s Enterprise, New York; “The Dark Fair” at the Swiss Institute, New York, and the Koelischer Kunstverein, Cologne; and “The Early Show” at White Columns, New York.

New Yorker art dealer John Weber died over the weekend. Born in Los Angeles in 1932, Weber had a prominent…