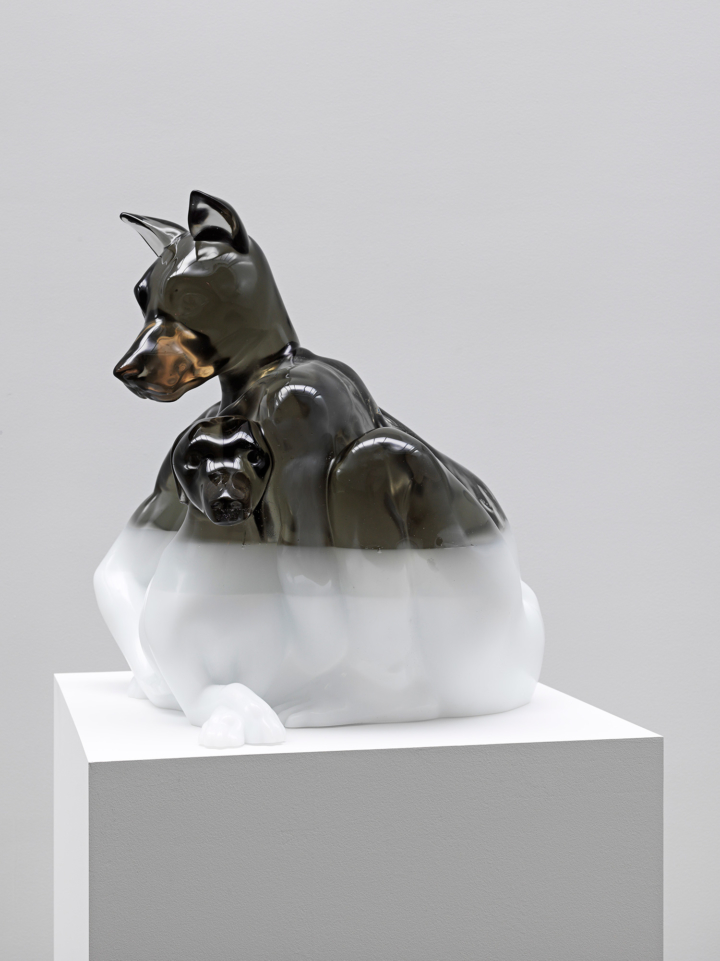 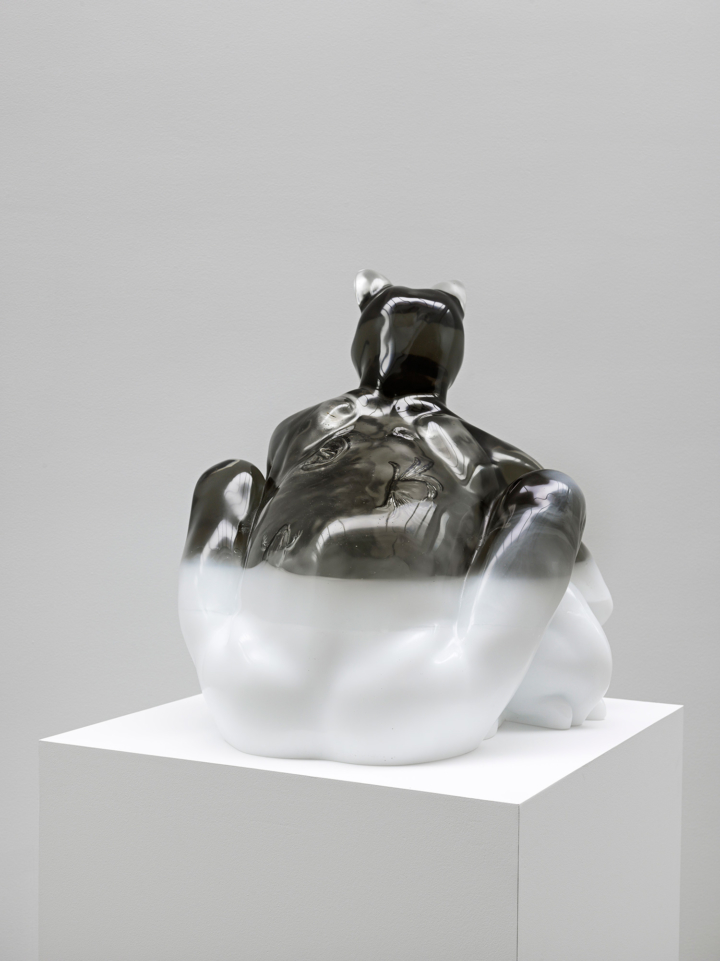 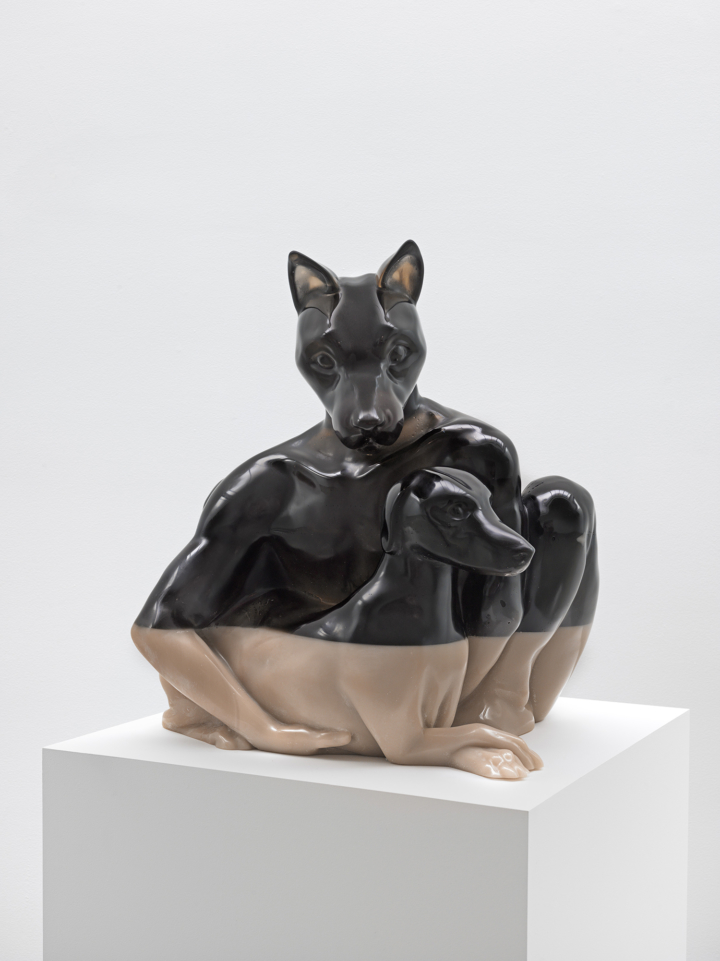 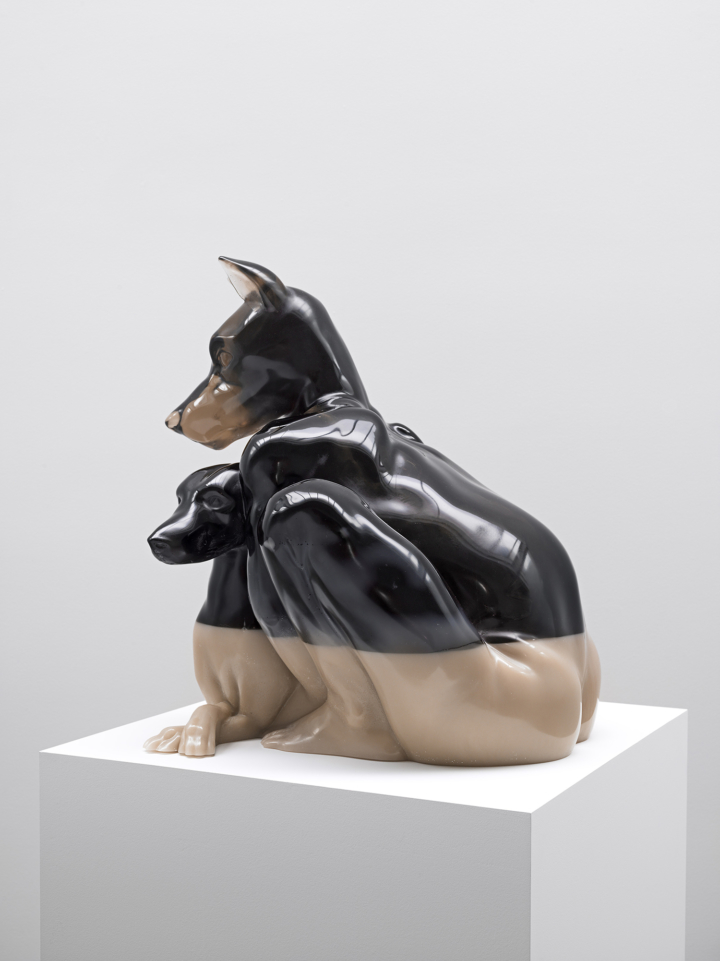 It’s nice to think that Oliver Laric wasn’t behind any of the art in his solo exhibition “Year of the Dog.” That, in fact, he had nothing to do with it all, and, rather, an incipient AI had actually produced the artwork on view. Installed in the main gallery is Betweenness (all works 2018), a video montage that sorts the natural world, including a few humans, into simple, line-drawn motion graphics. There’s a frolicsome quality to the animations: when the animals move, grow, shift, and, quite literally, evolve, the scenes appear to follow a playful intuition, rather than exhibiting any scientific fact.

The imagery combines both awe and innocent misunderstanding, suggesting some idiot-king algorithm behind it all. Little distinction is drawn between affect and biology in a scene with two monkey faces: the figures rapidly display the gamut of human emotion and evolutionary morphology. And machine learning must have been behind a scene involving a deer: the line work becomes more refined with each frame, revealing the full complexity of the animal’s graceful leap. The video’s vision of nature and animal locomotion owes much to the innovative stop-motion photography of Eadweard Muybridge and his study of human and animal locomotion, but ultimately the capabilities of image processing today are exponentially more powerful. This astronomical potential lends menace to a small colony of ants hauling any and every thing they can find. But it’s also what makes the video quite silly at times, like when a svelte praying mantis looks directly into the camera: the money shot took my breath away. 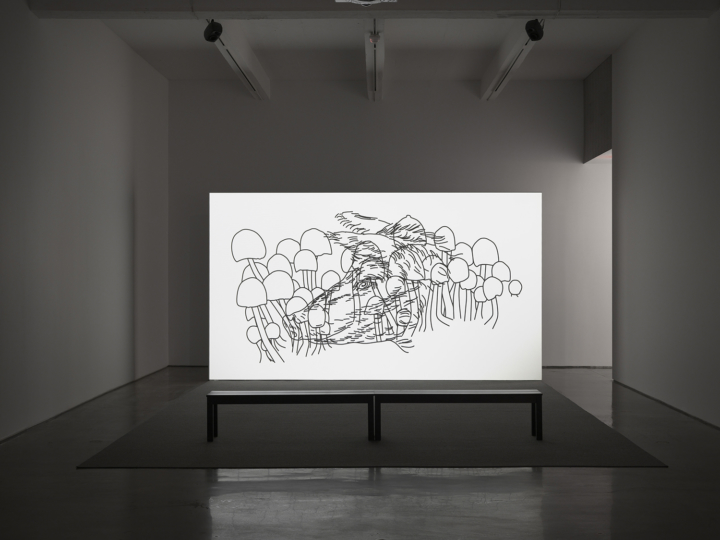 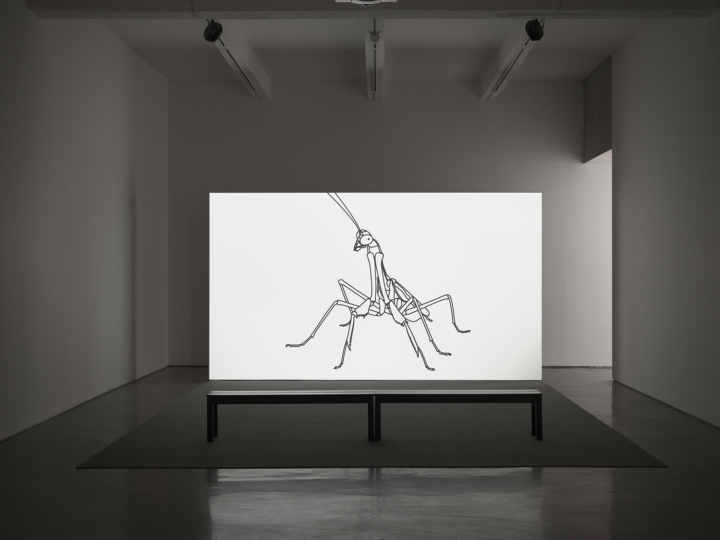 The back room is where I’m a little less charmed by Laric’s exploration of machine consciousness, in spite of the fact that the statues on view depict dogs. Titled Hundemensch, or “dog person,” they depict a dog-human hybrid figure ambiguously huddled over an actual dog. The slick production and resin material don’t quite communicate the tenderness of the caress. In comparison, the exacting configurations in the video convey every arresting nuance of an expression. I would rather see these beasts subjected to the video’s taxonomy. There, the dogs would laugh.