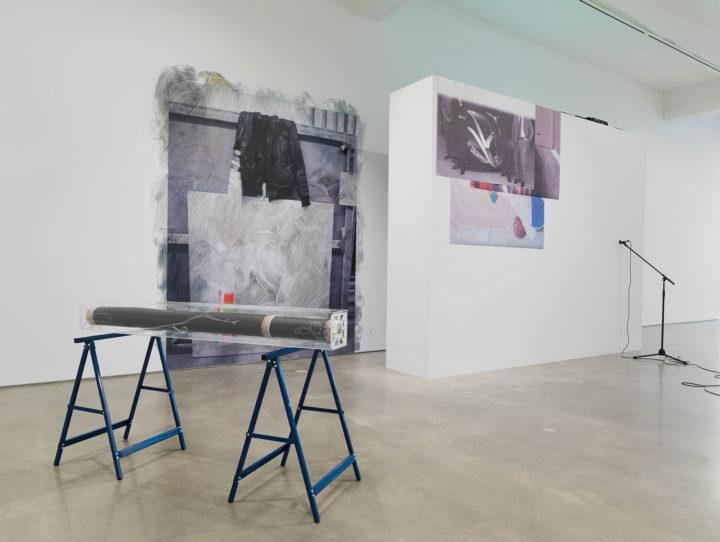 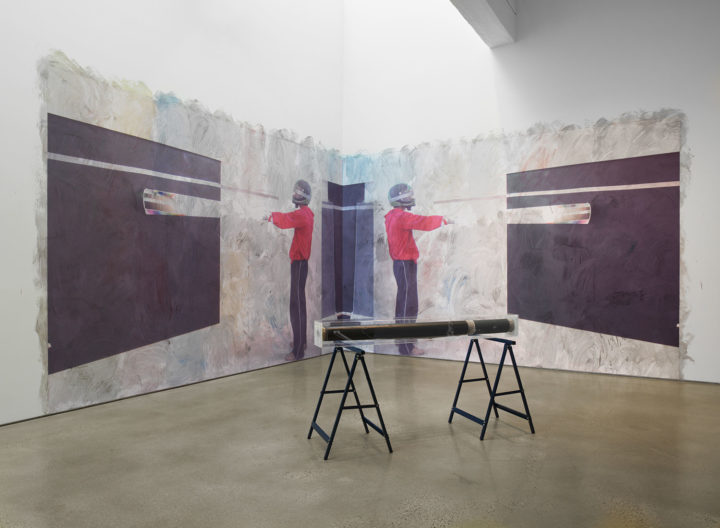 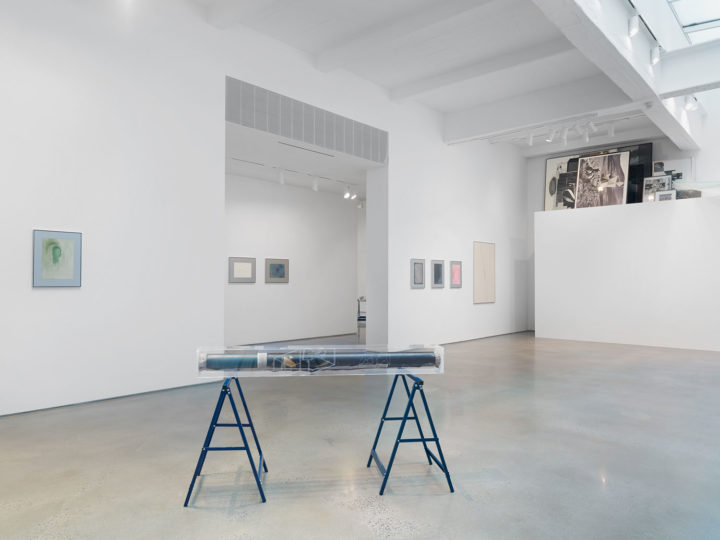 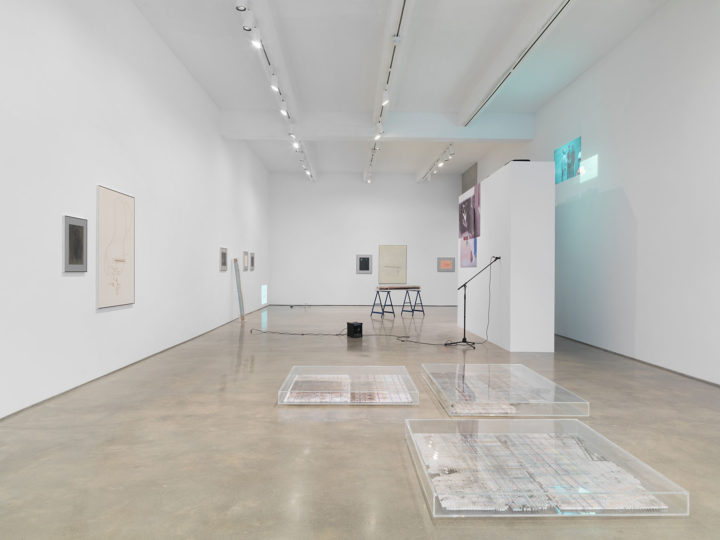 If imitation is the sincerest form of flattery, then alterity is a deeper, more devious tribute, especially when self-inflicted. It’s also perilous creative territory, rife with dead ends: nostalgia, repetition, degradation, the sloppy “remix” that fatally poisons the original.

Fortunately, David Maljković thrives at porous, overlapping margins, and his latest exhibition, “Alterity Line,” on view through February 24 at Metro Pictures in New York, revels in the fertile spaces between the self and the other, the found and the made, the end and the means.

Born in Rijeka, Croatia, and based in Zagreb, Maljković is an intrepid tracer of transformation and its consequences. The raw materials of this show are not only a selection of his previous works (drawings harvested from sketchbooks past, previous paintings and collages, visual fragments of a student performance) but also the typically concealed — yet suddenly compelling — tools of their production and display. Reconfigured on scales ranging from grand (multimedia installations) to intimate (a rolled up painting, encased in Plexiglas and leaning against a wall or propped on sawhorses), these works gain layers and levels, subverting expectations without erasing their origins.

First up (or down, rather) is a trio of large floor pieces: acrylic grates that once resembled squashed and miniaturized Sol LeWitticisms — pristine white infinities of interlocking cubes. By the time Maljković found them, they had seen better days, and he put them to work. The bruised grids served as supports for the exhibition’s fifteen new, aluminum-mounted canvases while the artist performed painstaking feats of laser-assisted Etch-a-Sketching, often inscribing figures and forms in the act of projection (stylized movie cameras, orthogonal lines) atop oil paintings that date to 2002 or 2003. Caked with paint residue and set afloat in vitrines, the grates evoke, by turns, colorful maps, charred puzzles, or denuded honeycombs, while the laser-etched canvases flicker among past, present, and future.

Familiar notions of vision and revision are also upended by three video animations, in which line-drawn faces and figures are stretched, shifted, and reshaped — all on an endless loop. Concerns of hierarchy, whether in terms of time or space, form or content, are similarly shrugged off in Frustrated Painter or Something about Painting (2003–18): two large wallpaper works that transmogrify documentary images (a blank canvas, a helmet-wearing figure projecting a beam of light like a virtual paintbrush) through a haze of pigmented wheat paste. “Alterity Line” succeeds not merely by complicating questions of “Which came first?” but by rendering them refreshingly irrelevant.