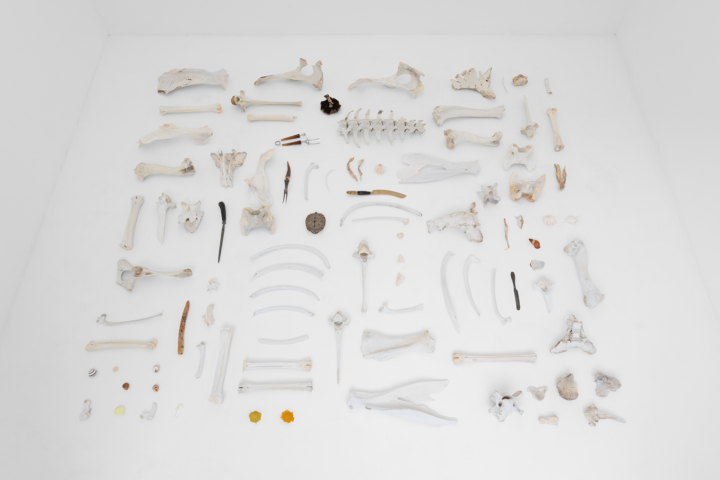 1
2
3
4
5
6
7
Micah Schippa, Staging an organism:processor (atoms are not atoms)(higher tensile strength than steel), 2018. Courtesy of the artist and Hotel Art Pavilion. Photography by Sebastian Bach. 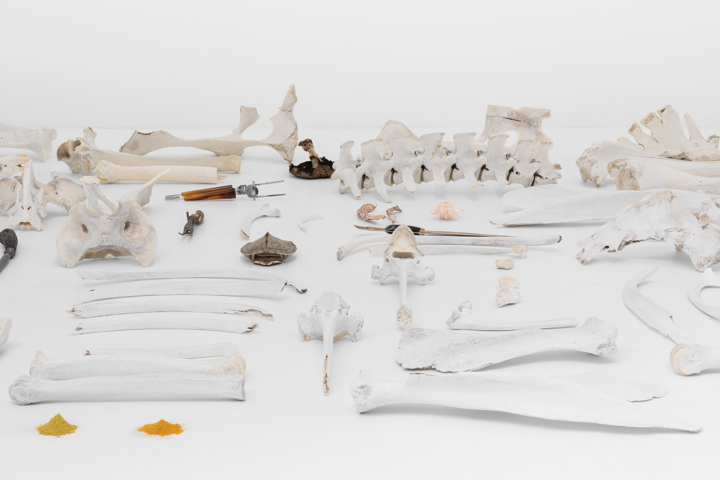 1
2
3
4
5
6
7
Micah Schippa, Staging an organism:processor (atoms are not atoms)(higher tensile strength than steel) (detail), 2018. Courtesy of the artist and Hotel Art Pavilion. Photography by Sebastian Bach. 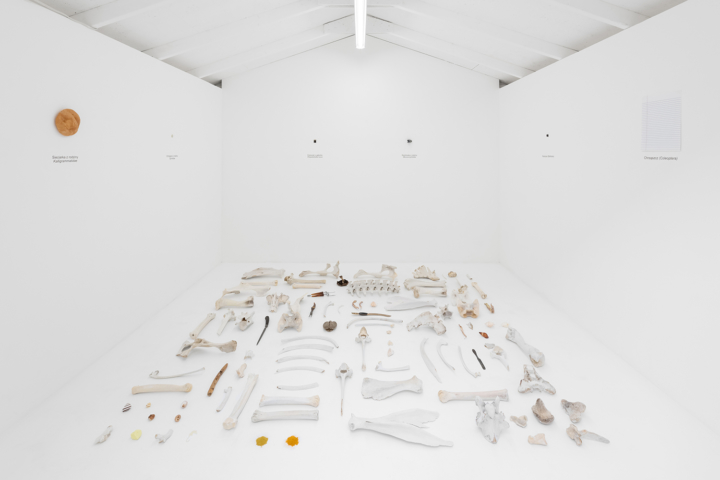 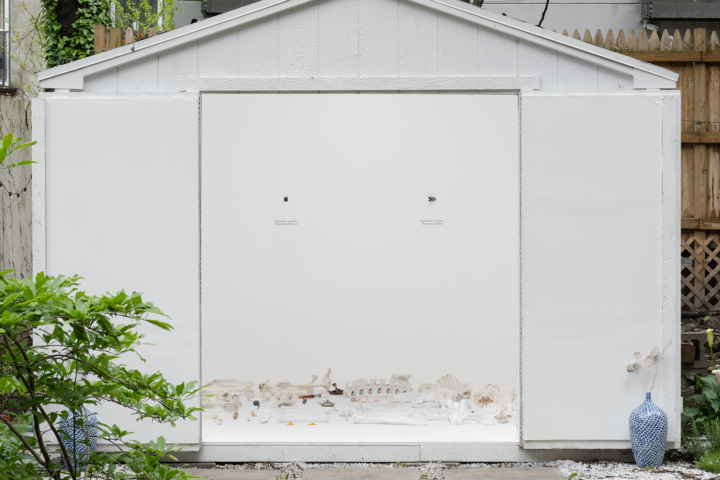 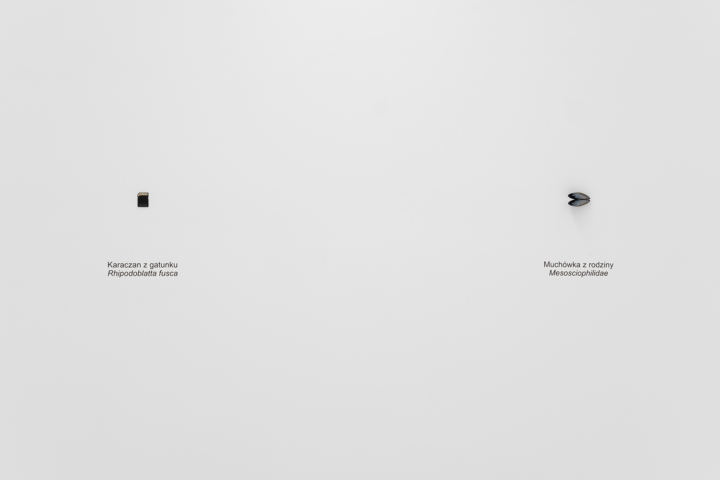 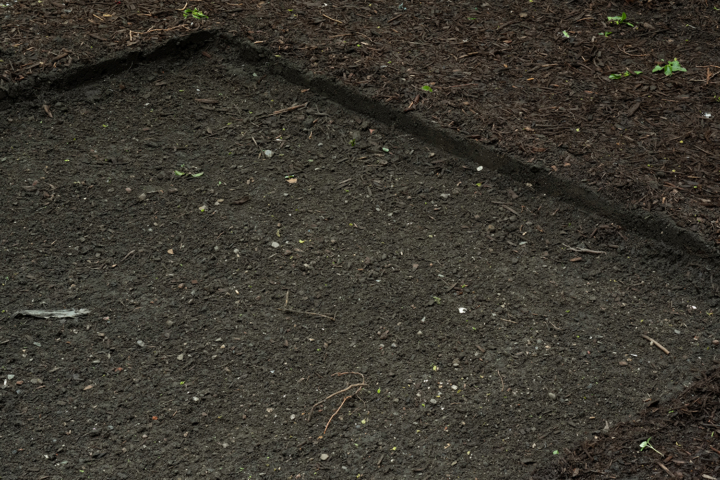 1
2
3
4
5
6
7
Micah Schippa. Excavation at the dimensions of the gallery (detail), 2017. Courtesy of the artist and Hotel Art Pavilion. Photography by Sebastian Bach. 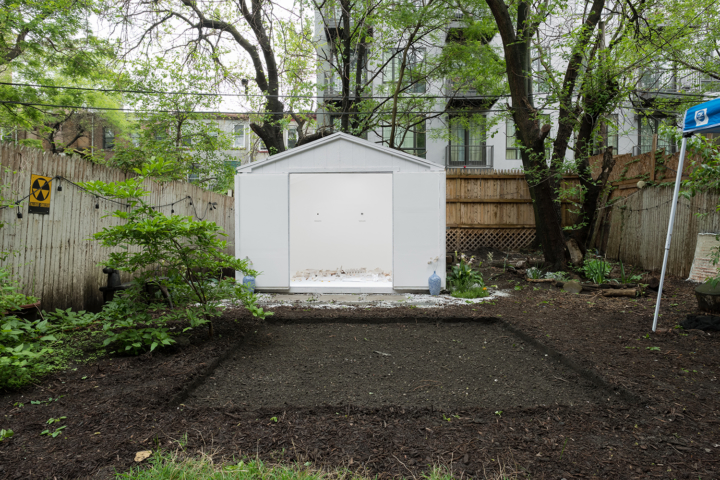 1
2
3
4
5
6
7
Micah Schippa. Excavation at the dimensions of the gallery, 2017. Courtesy of the artist and Hotel Art Pavilion. Photography by Sebastian Bach.

For Belgian-born literary theorist Paul de Man, semiotics freed literary theory from not just an obligation to portray truth, but also its capacity to. Signs described other signs, and language, reduced to meta-language, could only describe itself. While New Critics saw semiotics as a crisis, de Man, foreshadowing post-structuralists like Deleuze, argued that theory was meant to be an ouroboros: self-referential and asymptotic, munching its own tail, theory existed to show off its limits. “Nothing can overcome the resistance to theory,” wrote de Man. “Theory ‘is’ itself this resistance.”

A “resistance to theory” links de Man with “Touch is a Bridge,” Adriana Ramić and Micah Schippa’s two-person show at Hotel Art Pavilion, as does, circuitously, Nazism. In 1941, de Man became the official book reviewer for Le Soir, a viciously anti-Semitic publication, ceasing only when his uncle, a Nazi-controlled puppet minister, was targeted by the Belgian Resistance. In 2014, Ramić visited Warsaw’s Palace of Culture and Science, which houses, among other things, the Museum of Evolution. Stalin gifted the building in 1952, as the city struggled to repair itself from the Nazis’ 1944 razing. Ramić photographed the Museum’s fossil collection, then fed the photos into IBM Watson’s visual recognition software. Physical iterations of Watson’s bloopers — a doorbell, a bread roll — are pinned to the gallery wall, while a taxonomy of dehydrated-looking found objects, assembled by Schippa, rest on the gallery floor. A preserved mushroom lies next to a vertebra, itself perpendicular to a butter knife, black with rust. Making use of Hotel Art Pavilion’s location (a shed in the curators’ backyard), Schippa also dug a square sized to the dimensions of the gallery. Titled, aptly, “Excavation at the dimensions of the gallery,” the piece sits in front of the shed like an earthy doormat. 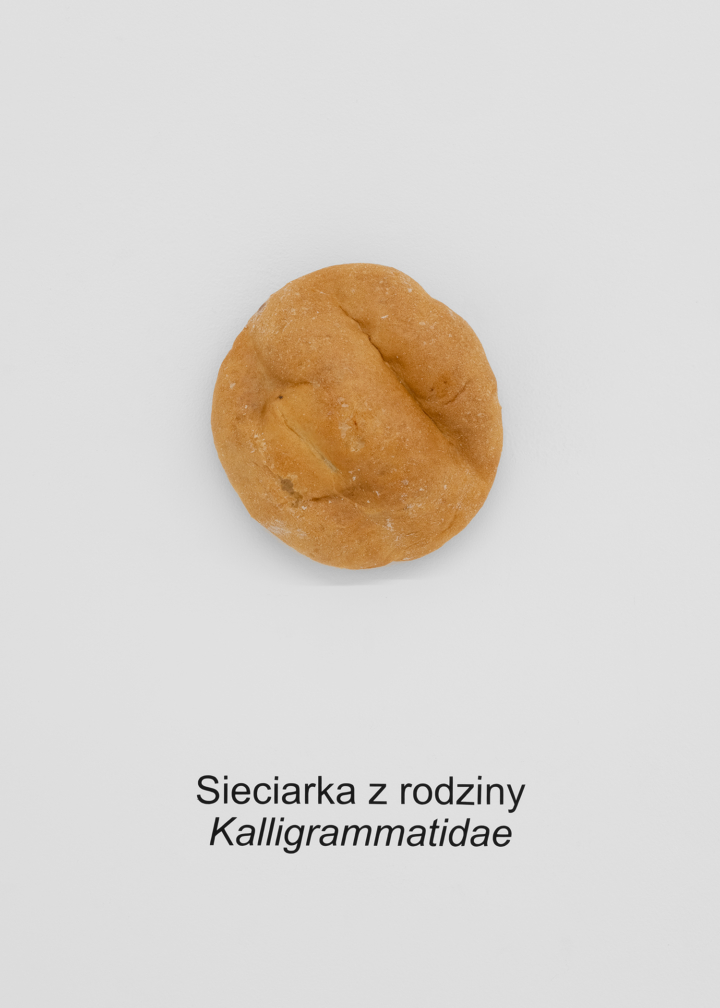 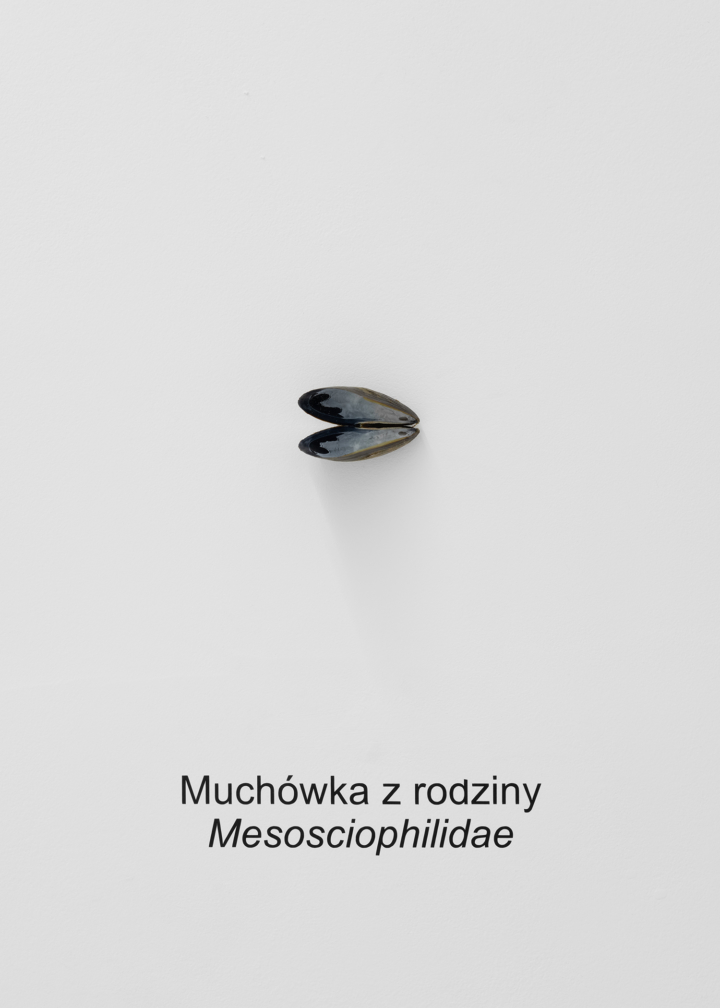 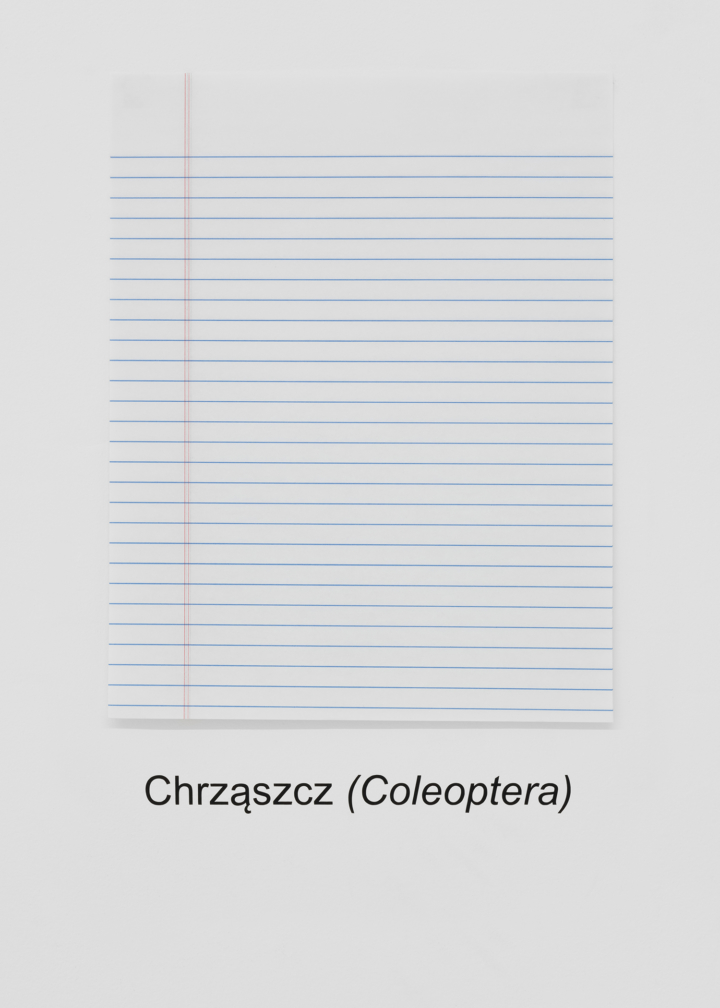 Much like de Man and the post-structuralists, Ramić and Schippa use formalism as their raw material. For Schippa, classificatory hubris is undercut by nature: during the opening it rained, and worms wiggled up through the dirt square. Ramić uses apophenia — or a propensity for seeing meaningful links in unrelated phenomena — to foreground the information age’s approach to data. Data miners, like post-structuralist theorists, study the conditions of knowledge production: stable frameworks are deconstructed into more and finer units of data to reveal, if not truth, then the closest simulation of it. Post-structuralist analysis can of course be used to critique the way data is framed as objective evidence. As Ramić points out, the “connections” between data points are often meaningless and biased, even though “data as truth” claims are used to justify surveillance and extraction. Yet “Touch is a Bridge” felt exhausted with post-structuralism as well. White cube aesthetics critiqued but also replicated: the exhibit is an admittedly scrambled white box with things neatly displayed inside. 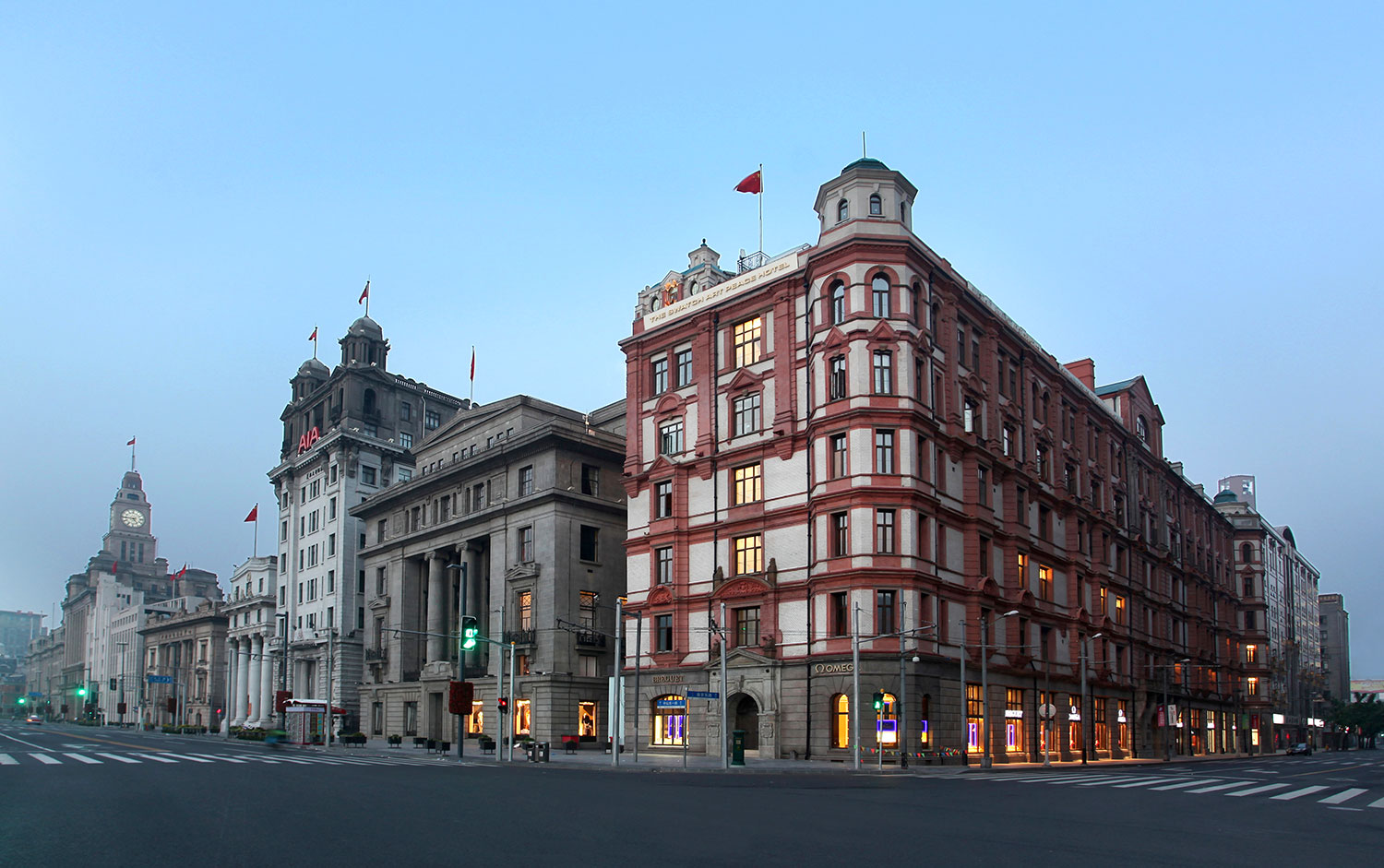 Compared to other contemporary art residencies, the Swatch Art Peace Hotel is unique: artists with no gallery background live for…