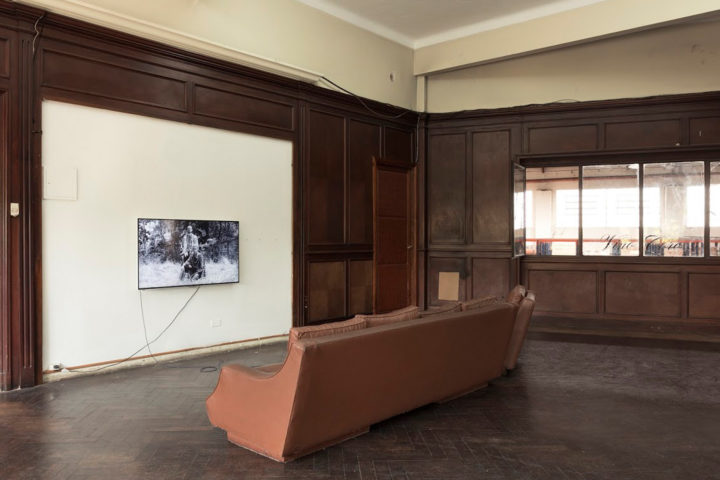 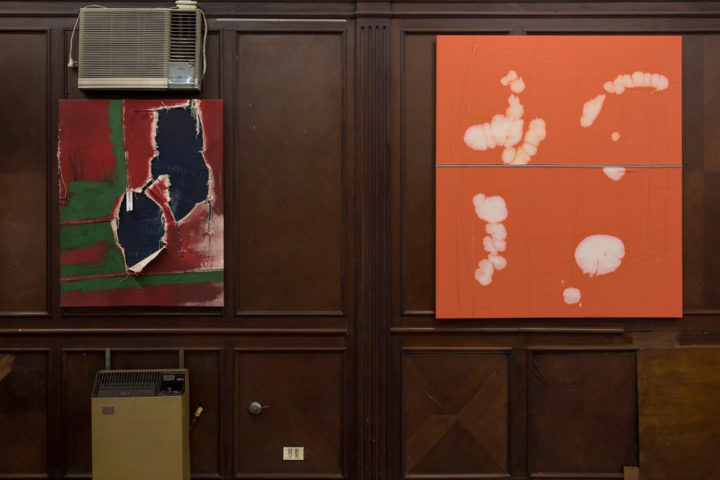 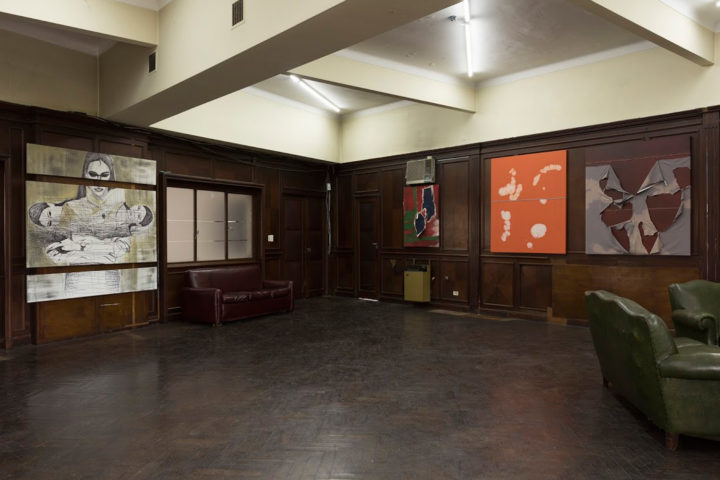 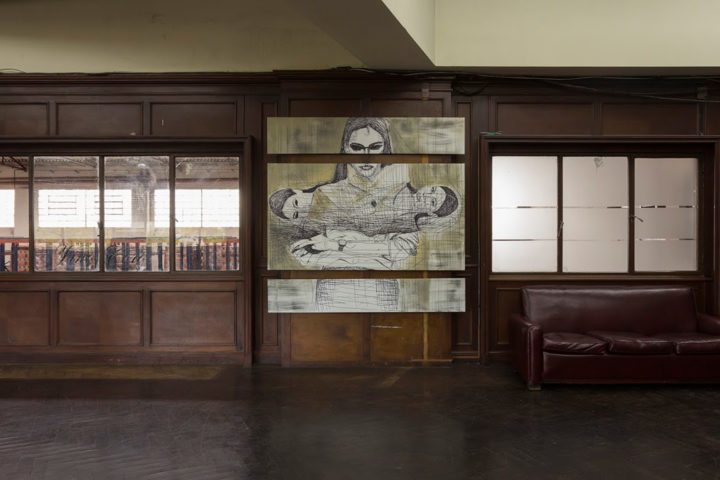 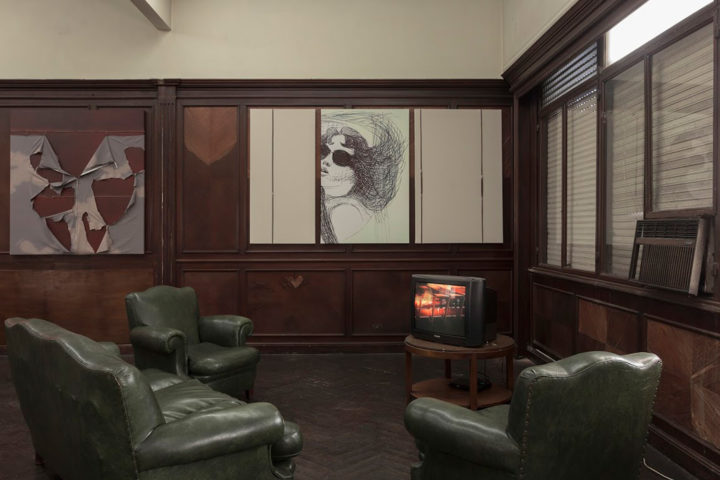 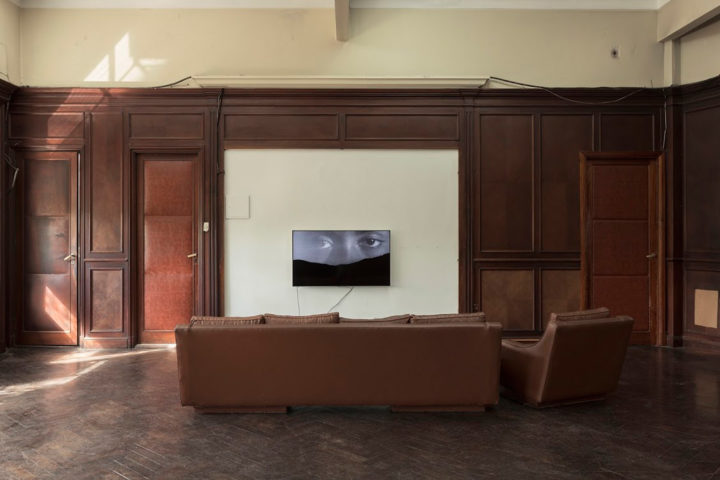 “Humanas,” featuring Argentinian painter Valentina Liernur and Brazilian video artist Luiz Roque, served to inaugurate Galería Isla Flotante’s new space within a functioning wine-bottling facility in the remote La Paternal neighborhood in Buenos Aires. This year’s gallery program will shortly inhabit many of the empty rooms of the huge industrial complex, now in the process of downsizing. Reaching the venue allowed visitors on foot to discover the derelict condition of these sites of once-robust industries, their walls now covered with graffiti protesting mass job losses in Argentina.

This is the environment where, in a triangular office with wood-paneled walls and a rundown set of nondescript modern couches, Roque presents four videos that entangle dissociated stories about modern Brazilian museums, icons, and monuments with a constant gloss of street-style fashion advertising. The films have a strong presence (their grain and sound are reminiscent of classic cinema), but are constrained to interact with a context akin to a family living room.

Liernur presents a group of paintings each cut to fit inside a piece of luggage, then reassembled via stitches and zippers. Abstractions in denim (a signature material in Liernur’s output) share the space with a disquieting pencil-drawn portrait of Kim Kardashian, from whose bust three ominous-looking heads emerge. Kardashian, a symbol of the semiocapitalistic business of converting everyday life into value, is presented as a multiple, divided up in compliance with an economy of exploitation and opportunity. But the threefold malevolent regard of a somewhat outdated celebrity, besides anchoring the show in a corner opposite from artistic candor, tells the anecdotage of its own odyssey. Before “Humanas” was planned, a show of Liernur’s  in London, for which she’d made most of the pieces here, was cancelled, and the artist, trying to make ends meet, extracted two sets from the original series of paintings, even cutting the canvases to multiply them, as if trauma were a manner of overbooking. So an abandoned place, a vagrant gallery, a guest artist and the remnants of a show that didn’t take place elsewhere were excuses to celebrate this pop-up hanging as a model for exhibition-making. Just when the works seem to casually converge, they come across as unrelated. And that may be the case not only with this show, but with a general economy based ever more intrinsically on the value of opportunity. 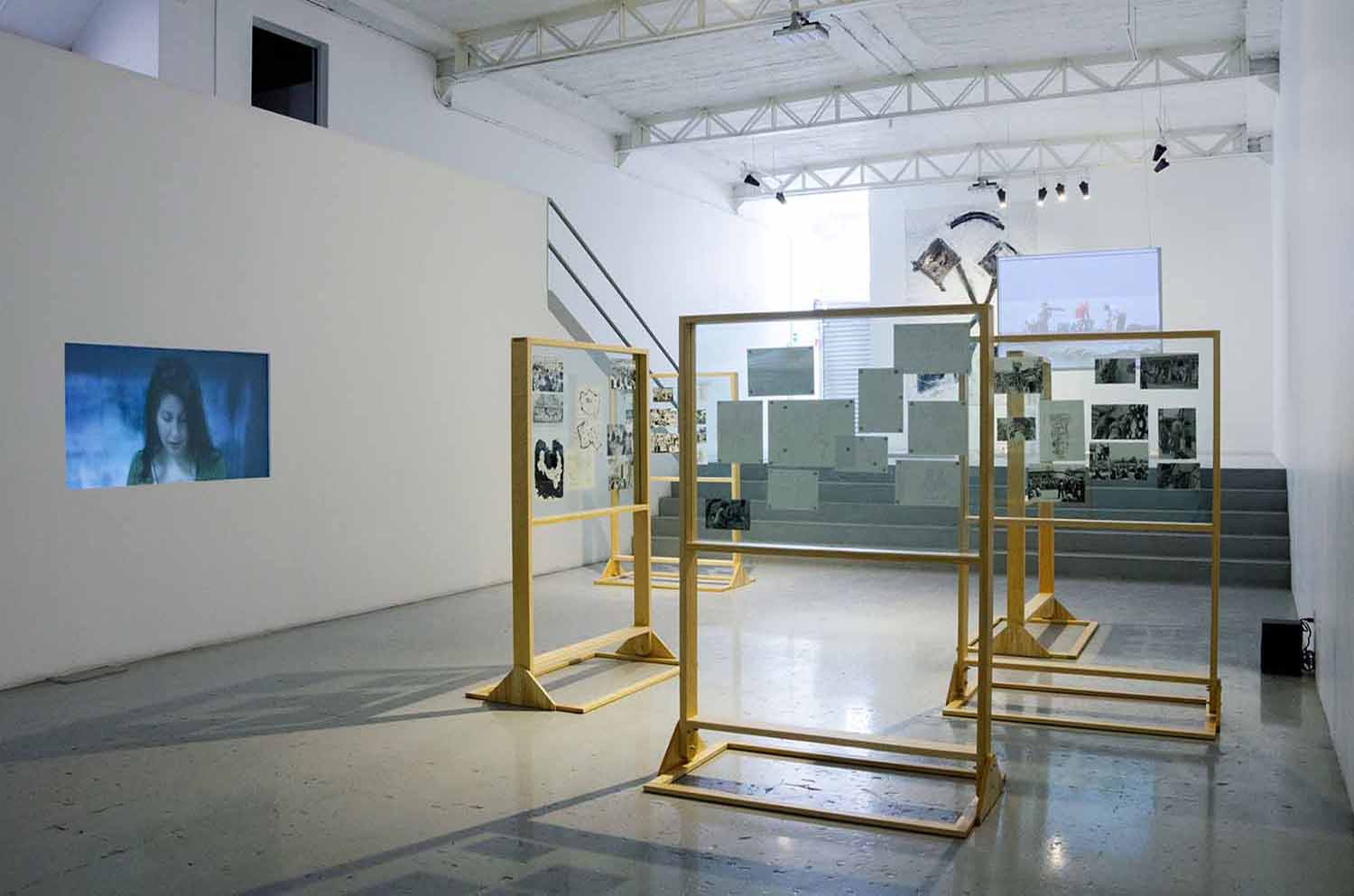 In the words of Noé Martínez, the exhibition “Un acto antes de un concepto” (An Act Before a Concept) is…