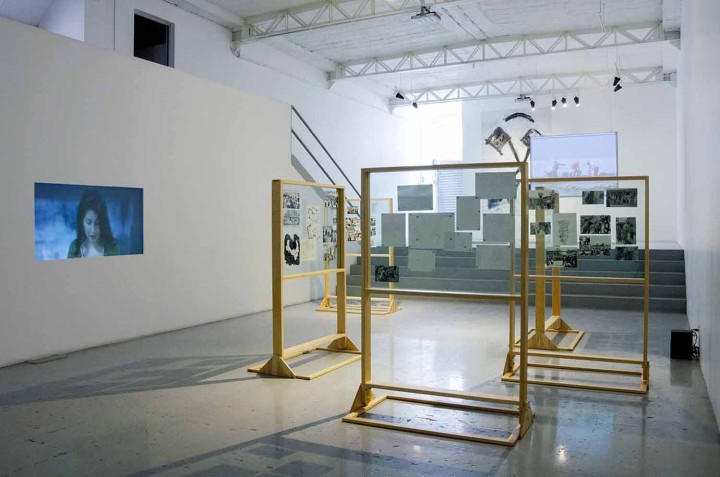 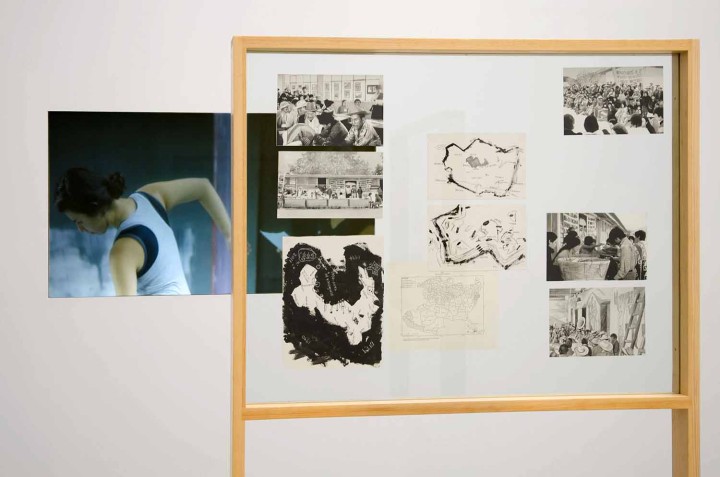 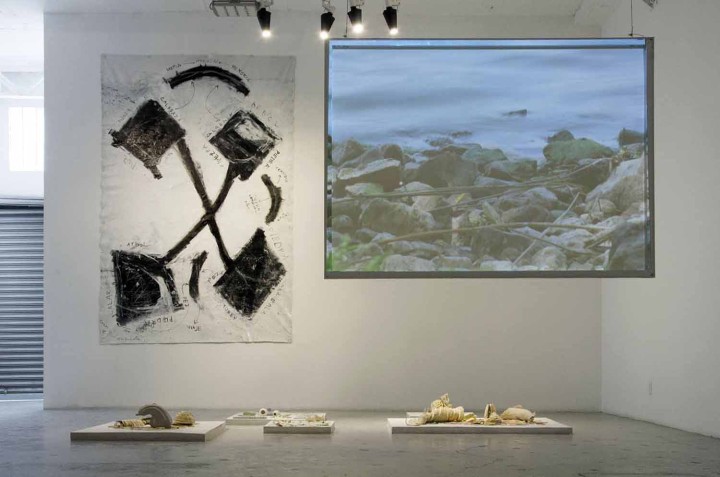 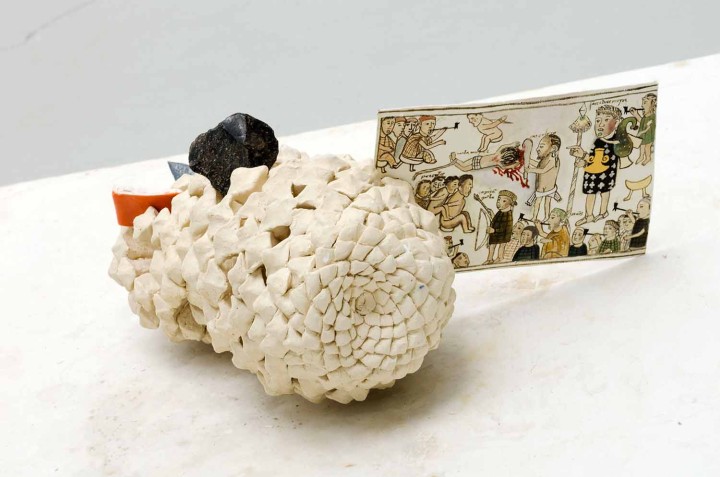 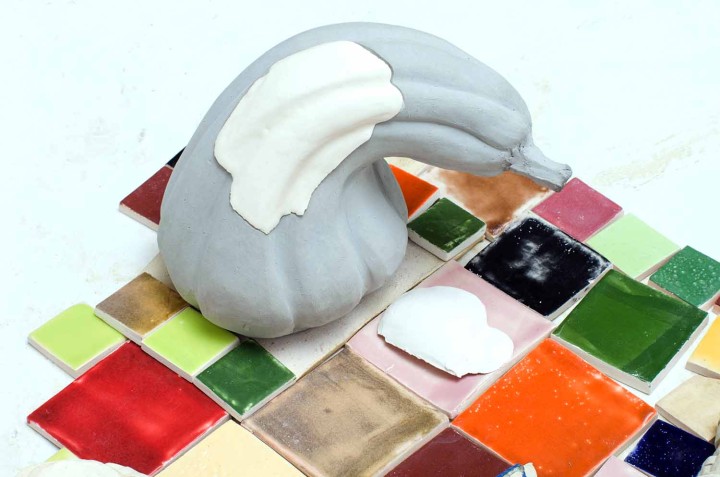 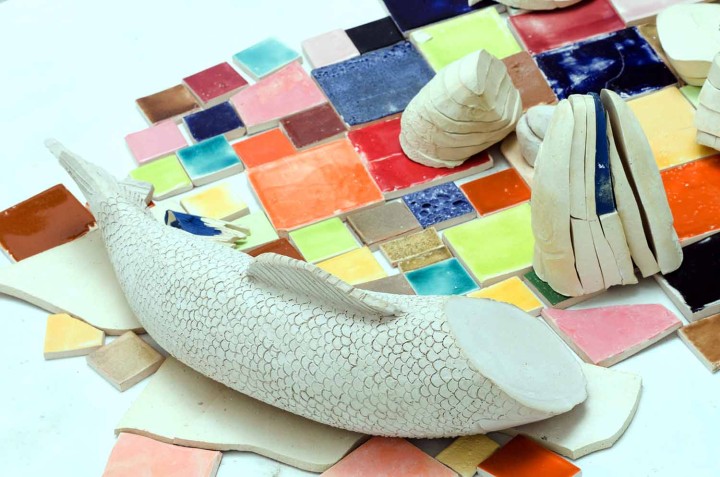 In the words of Noé Martínez, the exhibition “Un acto antes de un concepto” (An Act Before a Concept) is “a personal provocation to my artistic and politic landmarks, as well to my ideas about participative art. A provocation that led me to think about the difference between art as ontology of experience, and art as cultural good.”

The show, a sort of initiation story of a young, twenty-first-century Mexican artist, relates a quite literal endeavor to travel across Michoacán (the artist’s place of origin, where the predominantly indigenous population has suffered from the ravages of narco-trafficking for more than a decade) using as a guide a manuscript about the area, La Relación de Michoacán, written by Spaniards in 1545. The story evolves into a moving encounter with a community of villagers, and recounts their own attempts to use art as a tool for political emancipation.

Martínez’s quest materializes into a body of work in which the irreconcilable differences between Western and indigenous viewpoints become allegories of the practice of art itself in contemporary Mexico. Martínez is representative of a new generation of middle-class Latin American artists to whom the development of local art institutions and internal markets opens up new career prospects — and this without undertaking costly studies abroad. The refusal of the artist to “exoticize” original documents collected about a mural realized in Santa Fe de la Laguna by the Taller de Investigación Plastica in the 1970s can be understood as a political position as much as an aesthetic one.

Showing paintings of photographs instead of the originals; reproducing sixteenth-century illustrations to understand them through their graphics; inviting young dancers, visual artists and journalists of his generation to interpret a situation in their own way; filming villagers respectfully from afar: Noé Martínez uses the means of contemporary art to get closer to a mestizo perception of the world, taking into account indigenous cosmologies in the representation of our reality.