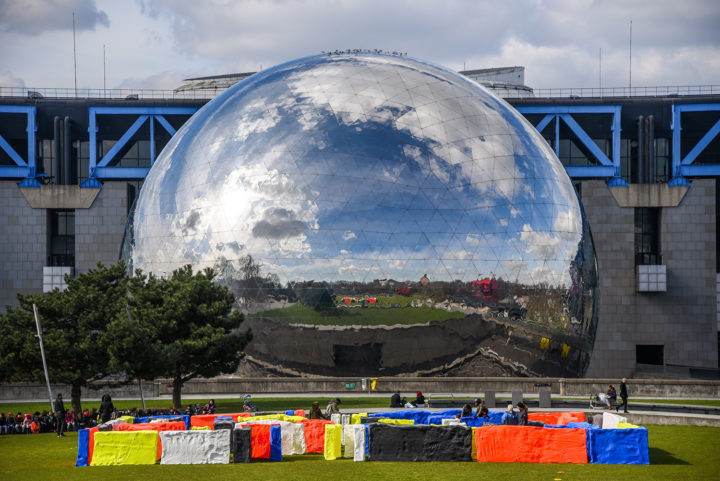 1
2
3
Will Ryman: La Villette, Pac-Lab. Photo by Antoine Antoniol/Getty Images for Will Ryman. 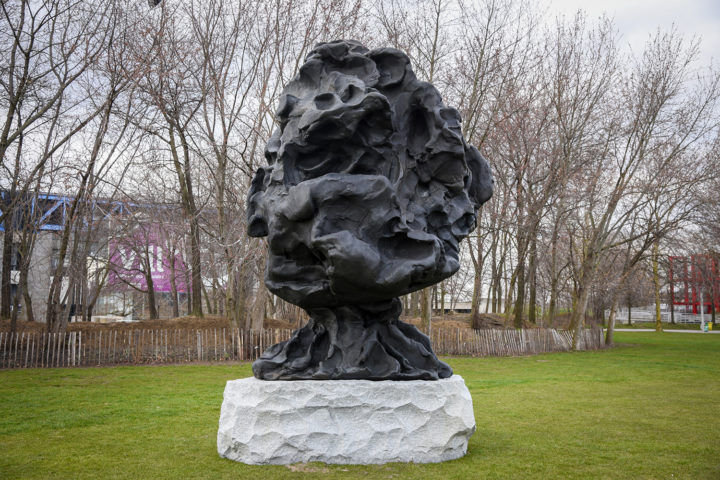 1
2
3
Will Ryman: La Villette, Heads. Photo by Antoine Antoniol/Getty Images for Will Ryman. 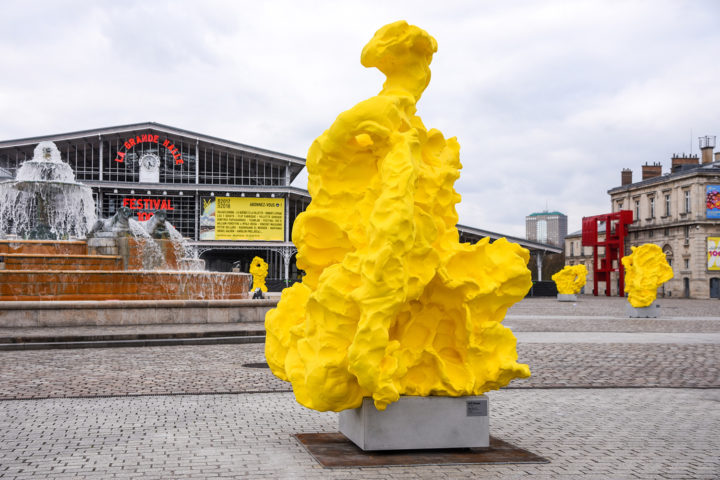 1
2
3
Will Ryman: La Villette, Heads. Photo by Antoine Antoniol/Getty Images for Will Ryman.

For the thirty-fifth anniversary of Parc de La Villette in Paris, Will Ryman has created an expansive, three-part, site-specific installation that draws upon the Theater of the Absurd. Ryman spent a decade as a playwright before transitioning into producing large-scale figurative sculptures.

The first installation, titled Heads (2017), punctuates the Place de la Fontaine aux Lions with bright points, or, in Ryman’s words, “road signs in an industrialized landscape.” Ranging three to four meters high, these sulfur-yellow sculptures were first formed by the artist while working blind with small blocks of clay, after which they were digitally enlarged and cast in resin. The resulting conglomerates of oversized face shapes looking skyward become avalanches of matter too big for their plinths, with titles drawn from Beckett’s Waiting for Godot, such as Nothing to be Done or All Mankind is Us.

After a walk through the park, visitors encounter Sisyphus (2017), a four-meter-tall dark bronze form, somewhat resembling a mangled meteorite, mounted on a roughhewn granite base in the Prairie du Cercle Nord. Reflected in the giant geodesic mirror globe of la Cité des Sciences et de l’Industrie, Pac-Lab (2017) is a labyrinth made of primary-colored resin slabs, inspired by the arcade game Pac-Man. Each part of the structure suggests a cartoon relic, perhaps arrived from outer space. Visitors can navigate the maze using Bernard Tschumi’s iconic red-enameled steel Follies (1982) as visual points of reference.

By putting the visitor in the role of Pac-Man, with his endless appetite, Ryman’s labyrinth can be read as a stage for reenacting the voracity of consumer culture. “When you’re really searching for meaning, you expect some sort of enlightened experience,” he tells the Observer, “but it’s already there, in your everyday existence. So the outward search is kind of meaningless.”