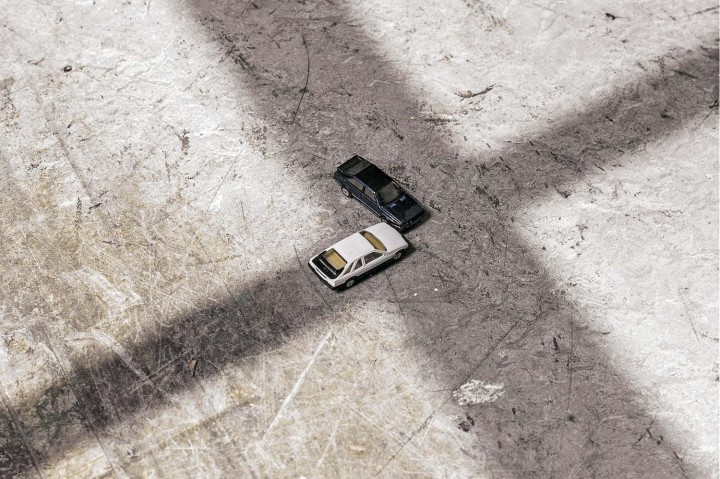 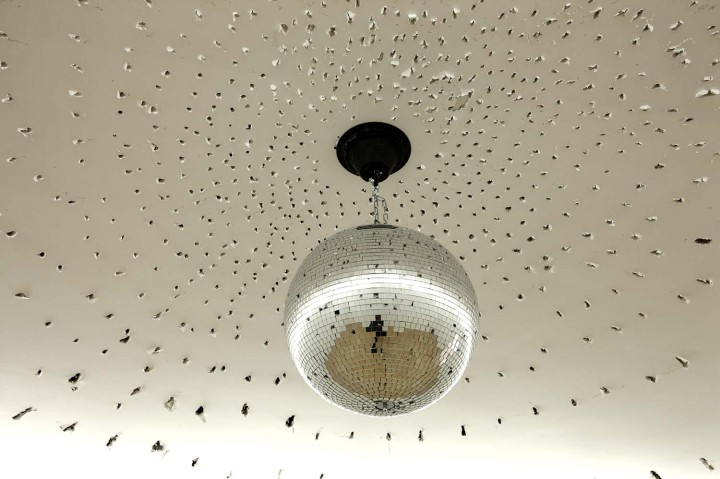 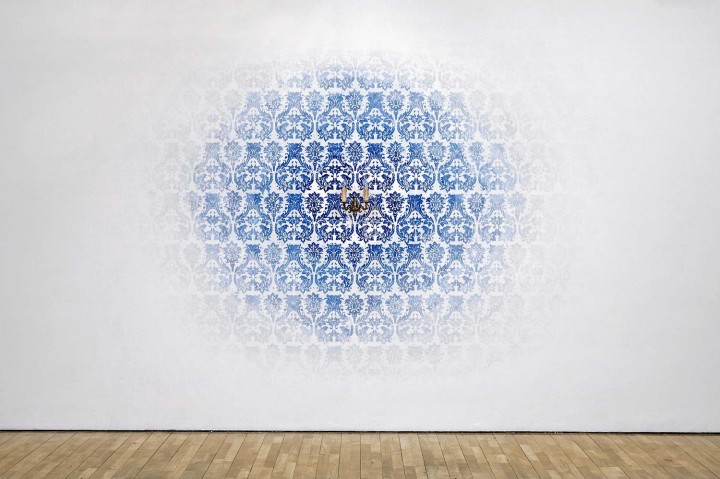 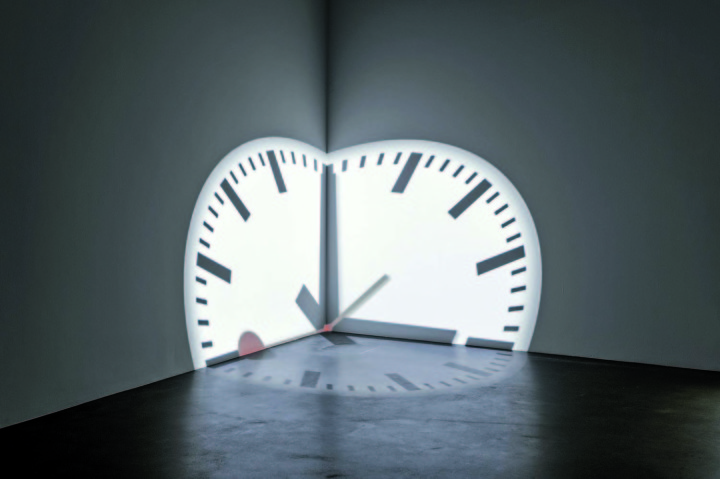 Jorge Macchi’s fortuitous encounters are well known: two toy cars intersect in the cross-like shadow of a window; more cars in a video, crossing a highway shot from a bridge, trigger a progression of musical notes, an aleatory melody.

Crime, cars, divorces and love stories have formed the nucleus of Macchi’s conceptual practice since the 1990s, and are all revisited in Agustín Pérez Rubio’s survey of his work at MALBA, entitled “Perspectiva” [Perspective]. The show presents almost thirty years of work, from Macchi’s early paintings from the late 1980s to his recent collaborations with musicians, and highlights his approach to poetry and the overwhelming presence of film in his oeuvre.

The show begins with Buenos Aires Tour (2001–03) which, though not a central work, functions as an entry point to his universe: randomness, detours and the mapping of a formal situation onto another manifest themselves instantly in the overlaying of a broken glass on a map of Buenos Aires. The lines of fractured glass signal paths in the city that Macchi later explored, taking pictures and notes. This diary of a planned urban detour ultimately took the form of a book and digital platform that allows the user to explore the work’s archive.

“Perspectiva” is conceived around individual pieces, and that could be a good sign. The objects echo and address one another, without it being necessary to reconstruct specific environments or installations. The absolute lack of archival materials also helps the flow of the exhibition, which culminates with From Here to Eternity (2013, in collaboration with Edgardo Rudnitzky). In this two-channel mash-up of footage of the 1953 film of the same name, the divergent tempo of the sound track rewrites itself thanks to an algorithm. “Perspectiva” allows the instruments of Macchi’s meaning machine to appear connected and coherent: almost a paradox considering that the artist makes chance, uncertainty and rupture his business.

Working within a limited budget and with a select group of actors, Matías Piñeiro is a young Argentine filmmaker devoted…