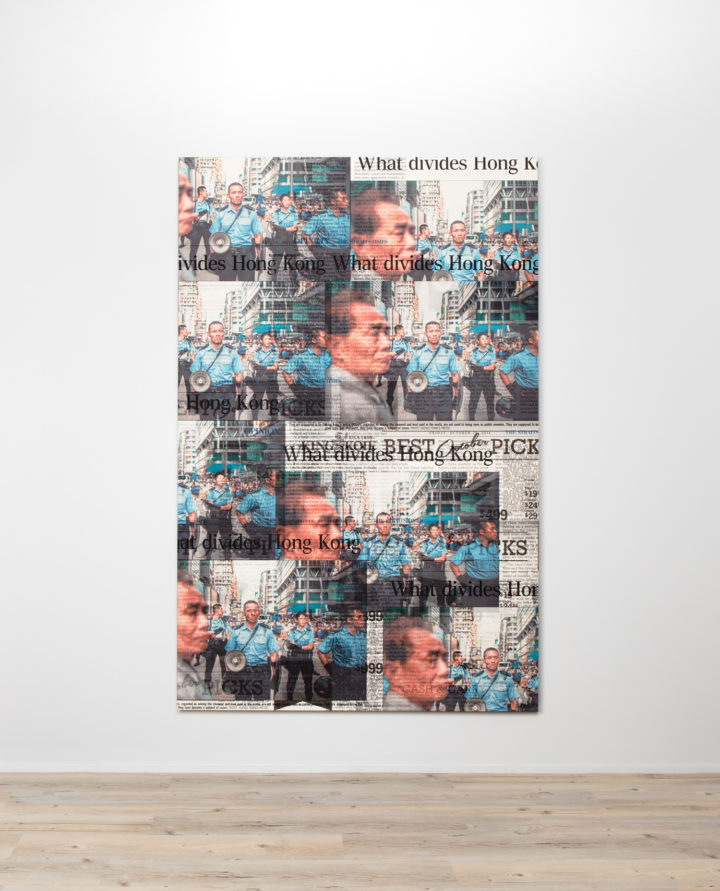 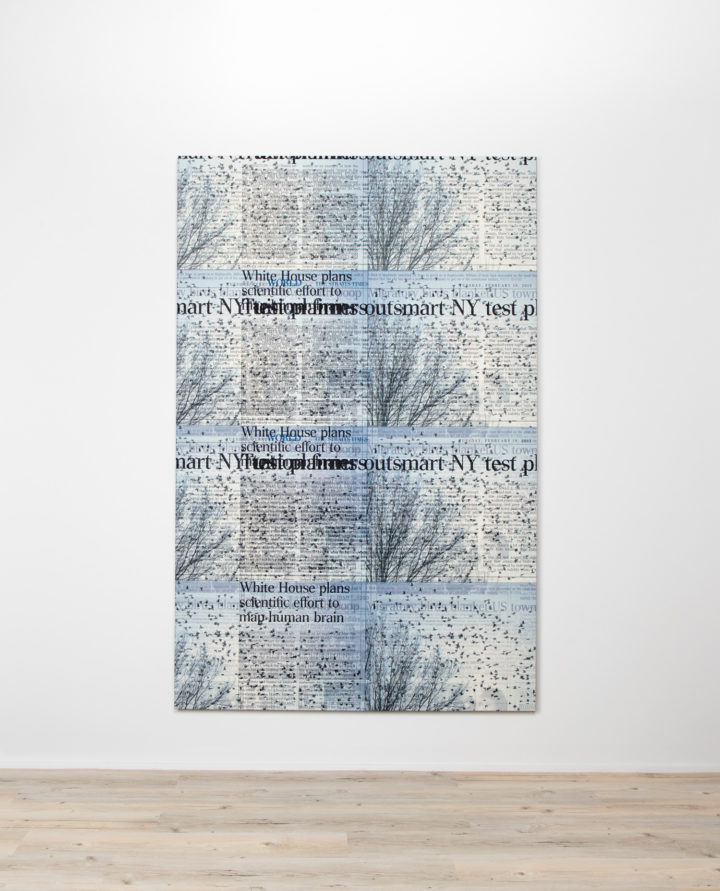 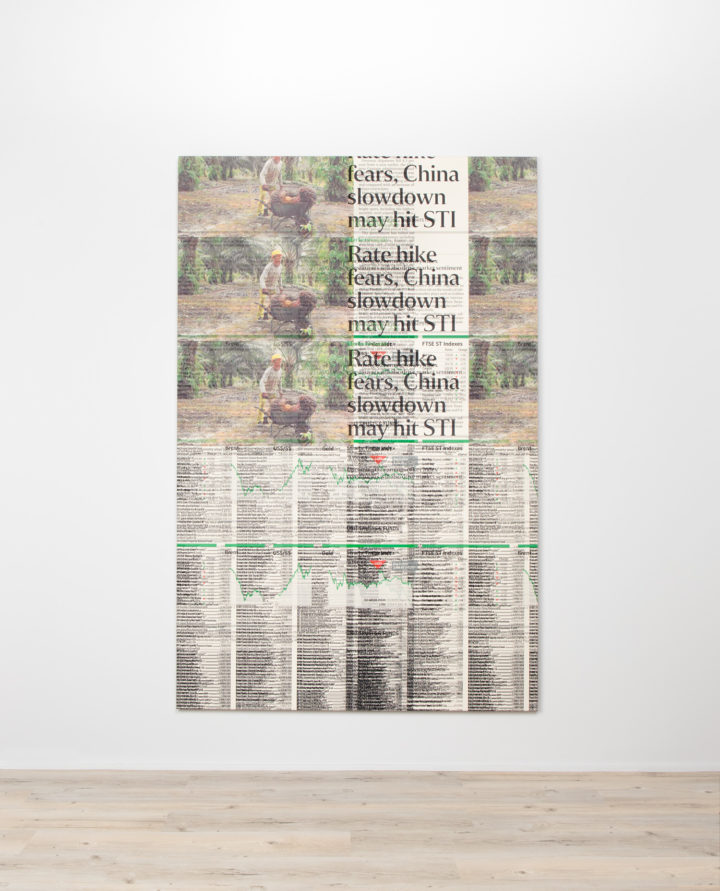 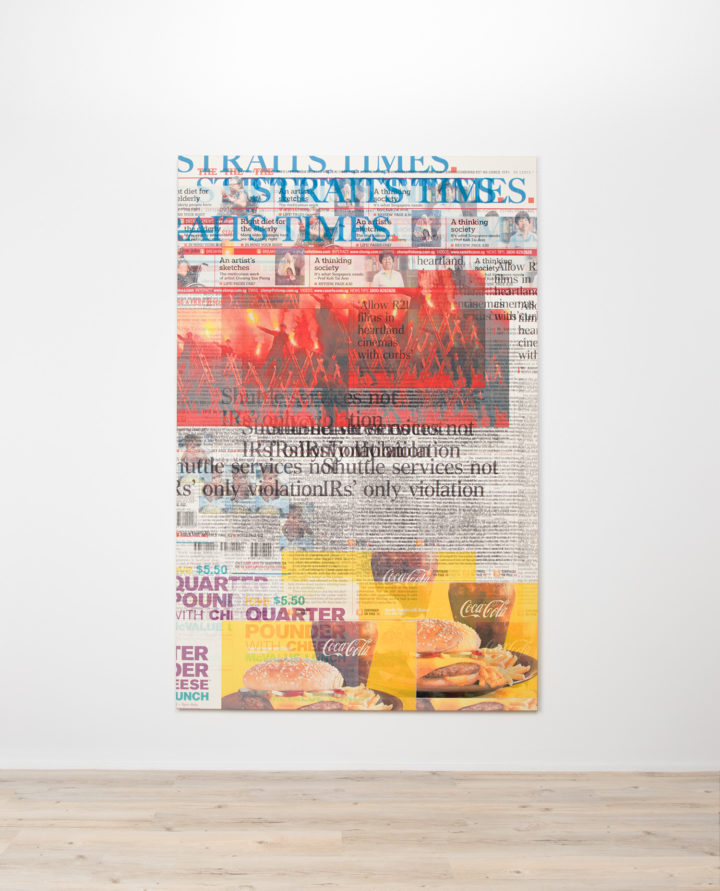 Folded sheets of newspaper in which news reports, gossip, and literary texts are juxtaposed with ads can make for a convincing work by Heman Chong. In Endless (Nights), part of his 2016 solo exhibition “Ifs, Ands, or Buts” at Rockbund Art Museum, stacks of blank newsprint cut to the same trim size as the Singaporean daily publication The Straits Times were piled up in an unlit room so that audiences might experience “newspaper,” one of the most widespread forms of media, in its most naked form and texture. If that work could be read as an interactive minimalist sculpture interpreting the notion of “when ideas become form,” then as a sequel, the series of prints shown at Rossi & Rossi play with content stripped from form — a test of “when facts become abstract.”

Spanning 2010 to 2017, covering subject matter that ranges from political struggles in Hong Kong, a new Star Wars movie directed by J.J. Abrams, McDonald’s, and climate change severity in China, the series presents an array of twelve two-meter-tall prints that dissect, restructure and layer various content from The Straits Times. A conceptual collage of text, ideas, and intentions, here the newspaper is interrogated using the same tactics that comprise its own construction. The resulting textile-like patterns blend information, images, and catchy headlines in an abstract, blurry-yet-structural rhythmic image set. “Abstracts from The Straits Times” is reminiscent of three series from the artist’s 2015 exhibition at South London Gallery, “An Arm, A Leg, and Other Stories,” which put together literary book covers (“Cover Versions”), abstract paintings (“Things that Remain Unwritten”), and words from unknown senders (“Emails from Strangers”). Yet the new series tackles a more intricate construct based on a cultural-specific context, bringing fact-based reporting and profit-driven ads into the realm of his signature “quasi-images” that ooze possible associations but are nevertheless fictional.