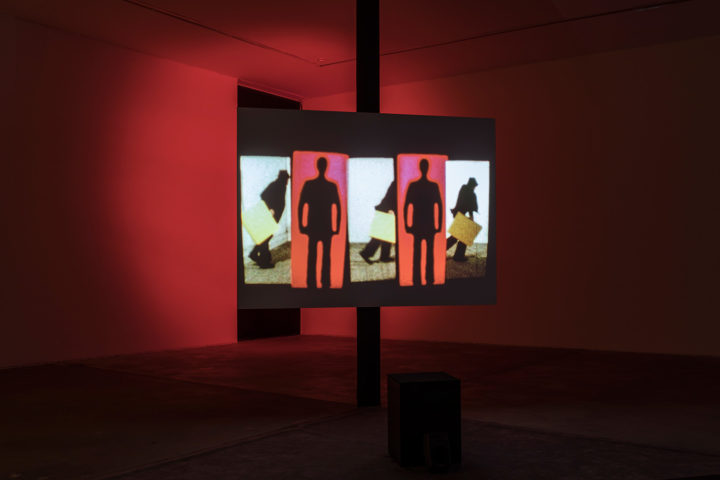 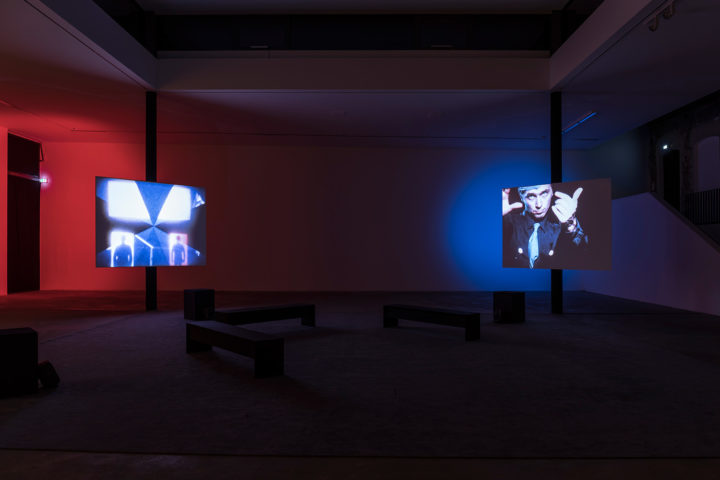 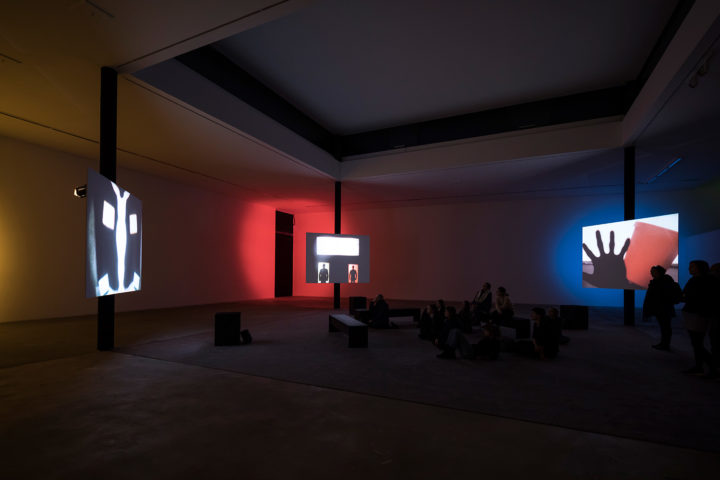 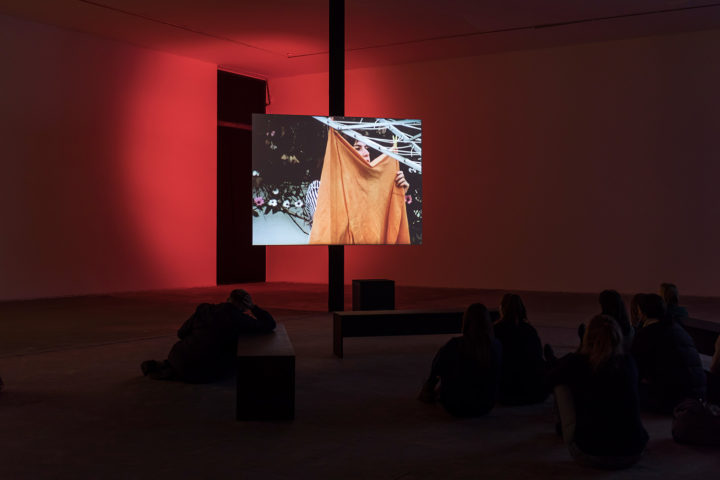 Every Constructivist revival ought to champion children’s education as ferociously as it does primary colors. While states funnel milk money into empty suits, schools have substituted Ritalin for games, preparing students for useless, pointless jobs they will work simply to eat. If only we were characters in this life — and not players.

Three projection screens over three primary colors couch Ericka Beckman’s “Super-8 Trilogy” within the legacy of Constructivism. Their caustically terse dissatisfaction and creeping anxiety do not detract from their canny abuse of structuralist tricks. Chronologically, and from left to right, the central players in her films (contexts in which the term “character” is useless) are a schoolgirl (We Imitate; We Break Up, 1978), bachelors (The Broken Rule, 1979), and a memory-dredging boy (Out of Hand, 1980); the boy and the girl play the games of any child “enacting,” as Cally Spooner writes, “the ways in which our best-loved fictions exploit us.” Between them, two teams of bachelors relay around an umbrella clothesline. One team frantically bumbles the briefcase they pass like a baton, and relentless failure is a hinge for whatever critique’s levied in Beckman’s films: it’s funny — it’s sad — when circuits break down. We Imitate; We Break Up’s human learns diction from Mario, the legs-only marionette who threatens her on suspicion she “has the loot.” This developmental darkness kicks off the suffering in each of the other films, the aforementioned rat race and Out of Hand’s boy who, searching for a memory in the psychic interior of his childhood home, is relentlessly pelted by simple shapes and children’s toys.

Slapstick — and I would characterize the whole trilogy as such — is always the break (slap) in the face of those who can’t catch a break (who get slapped) but never break down. Constructivism and child’s games are fun, but they are not funny (sad) like this. A society that discards play teaches its workers only hyperactive boredom. In other words, slapstick: a short-circuit that keeps working, like 1970s stagflation and today’s manic graduate. 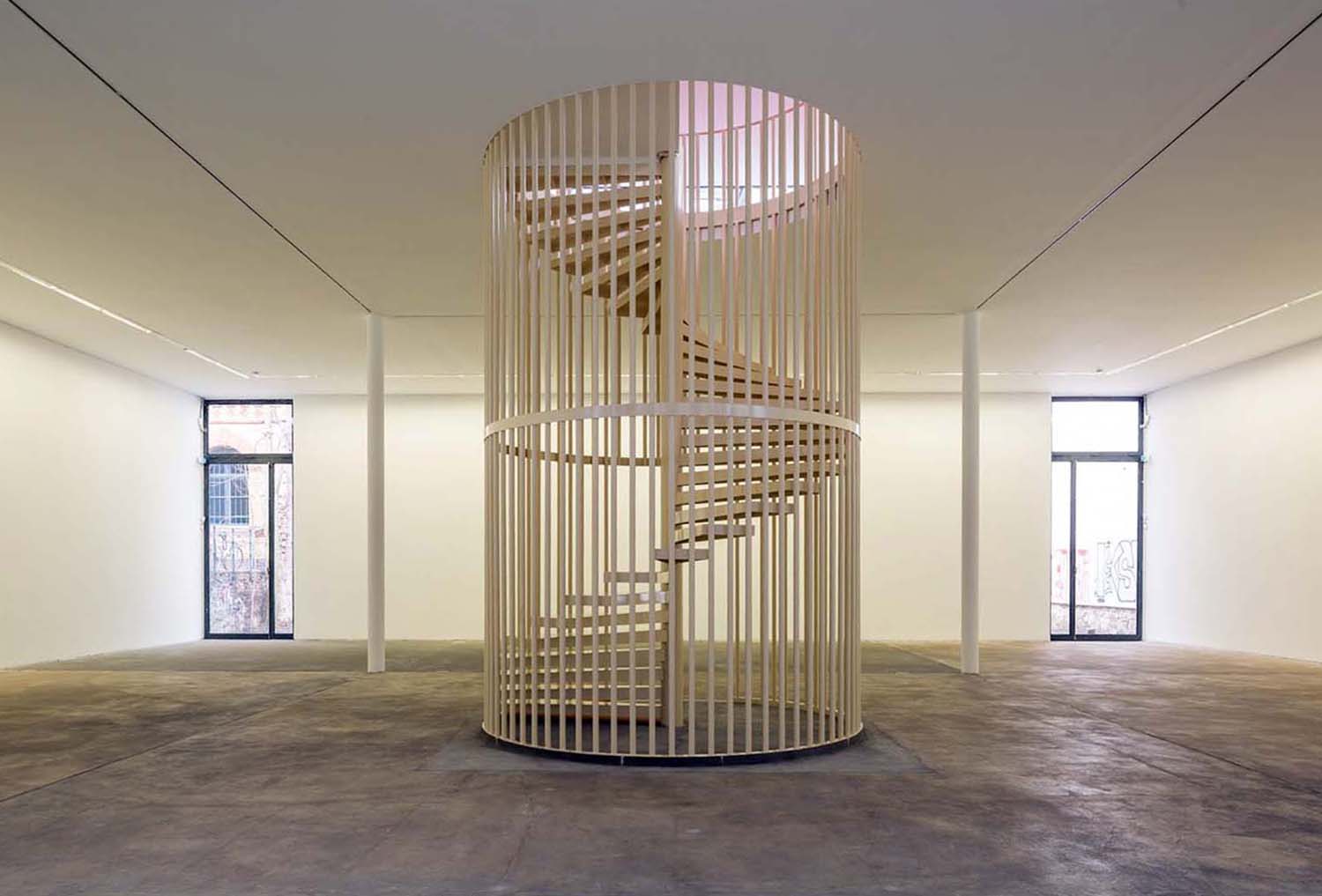 To enter “Flesh,” one has to mount a spiraling milk-lemon staircase set in the middle of the main gallery hall.…