The inclusion of a performance program in an art fair has been a trend in recent years, and it raises questions about exploiting performance art as a means of offering fair audiences something presumably lighter and entertaining. Are you interested in exploring this potential or are you trying to avoid it?

Blanche de Lestrange: This issue was central to us when designing the program for Parades. We have always been motivated by a desire to offer artists and performers unprecedented settings to present their projects, to give them a stage that could make their works potentially even more powerful. We strive to provide optimum conditions for the artists who perform in the context of FIAC. The idea is definitely not to show their works in a thoughtless way in the middle of the fair, disguised as entertainment, stripped of all intention and meaning.

The second edition of Parades is an homage to Trisha Brown. Why and how are you paying tribute to her work and legacy?

Our program honors the pioneers of performance and investigates intersections between music, contemporary dance, theater, performance and poetry. Over the last three years we have developed a focus on contemporary dance, with invitations extended to historical figures of postmodern dance such as Simone Forti, Yvonne Rainer or younger choreographers such as Jérôme Bel. Trisha Brown is a monument to contemporary dance. When she passed away earlier this year, it seemed obvious that we should pay tribute to her as one of the most creative choreographers of the twentieth century. Thus we invited the company to present historical works in various museum settings, such as the Petit Palais, the Orangerie and the auditorium of the Louvre Museum.

Trisha Brown’s practice corresponds to the identity of Parades: the idea of presenting dance not only on stage, but also outside, in museum contexts, in the street, on roofs as she did for Roof Piece (1971), and other unusual and atypical places. In the context of an art fair, it is fascinating to reflect on how her work connects with the visual arts. She was a bridge between disciplines, something we really want to encourage during FIAC. She is one of the main figures responsible for bringing an urgent form of contemporariness to dance, by underlying daily gestures, repetition, organic abstraction and human mechanisms. Trisha Brown was and still is an inspiration for successive generations of dancers and choreographers. With this homage, we seek to honor her sense of modernity and audaciousness.

What are some highlights of this edition?

We collaborated with the Ballet national de l’Opéra de Paris for two performances: Á bras le corps (1993) by Dimitri Chamblas and Boris Charmatz and Pour un abîme (2017) by Nicolas Paul. These are exceptional choreographers, who continue challenging the notion of body and weight, of relations and relationships. In the gardens of the Petit Palais, François Chaignaud and Marie-Caroline Hominal will present Duchesses (2009), exploring an unearthly, all-encompassing and captive dance, using the hula-hoop as an incessant choreographic instrument. It is important to us that the vast majority of the works we present in the context of Parades are performed in iconic spaces, and interact with their identity in a very unique way. In collaboration with the Festival d’Automne, we are featuring two projects by Gerard & Kelly at the Palais de la Découverte and the Centre Pompidou. With Songs and Book (2016) by Ivo Dimchev, we will present a medley of songs of his own composition. It will be a wonderful opportunity to discover the fascinating practice of this Bulgarian artist. His voice and his poetic universe are fascinating.

What is very central to Parades is that performances are held in prestigious spaces such as the Palais de la découverte, the Louvre or the Petit Palais — iconic venues that belong to Paris’s heritage. Each project is initiated in an intimate dialogue with the artists, giving them innovative possibilities for creating new works or adapting proposals. We are thrilled when artists create specific performances only for FIAC — and indeed for the fair format itself.

Among the most interesting proposals within your program, there is a performance that made the history of contemporary dance, the aforementioned duet À bras le corps. On this occasion it will be performed by two classical dancers of the Ballet national de l’Opéra de Paris. Can you explain the main differences between the two versions?

When Boris and Dimitri presented À bras le corps at the Centre Pompidou in 1993, the performance had the effect of an electric shock. It was one of the most striking duets in recent choreographic creation: a story of friendship but also conflict, of confrontation but also dependence between two men. The choreography pushes the dancers to the very limit of exhaustion. Yet although fatigued, sometimes seemingly reduced to a state of collapse, they always strive to stand. This year, the Opéra de Paris added to its repertoire À bras le corps. Dimitri Chamblas and Boris Charmatz transmitted this powerful choreography to two prominent étoile dancers from the Opéra de Paris, Karl Paquette and Stéphane Bullion, although they will also continue to perform it themselves.

During the fall season, with the presence of Le Festival d’Automne as well, Paris confirms its tradition as a leading capital for dance and theater.

Historically, France has developed a very unique relationship to dance and performance. It is refreshing to see that we are not only famous for our classical tradition, but also for innovative and pioneering endeavors in so many disciplines. Our ambition for Parades is that, in its own way, it can perpetuate this tradition. As an art fair, it is crucial for us to be a rendez-vous for high-level transactions in the art market, but also to make a concerted and energetic effort to support creation even when it is immaterial and therefore falls outside the usual logic of commercial exchange; to facilitate the emergence of projects, however ambitious; to create the conditions in which collaborations can be concretized; and to foster the public’s discovery of contemporary creation in its many diverse forms. 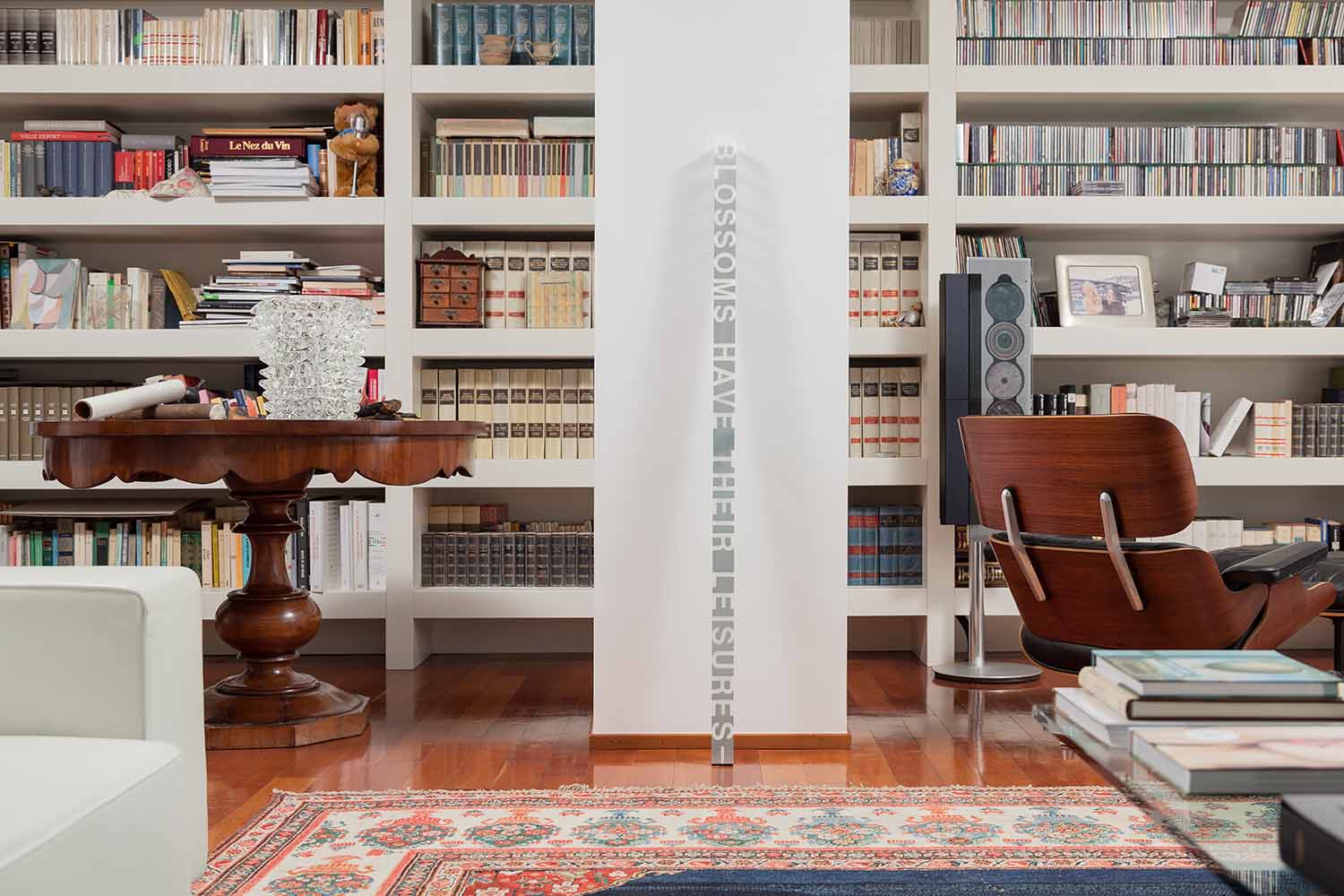 Il Collezionista is a column curated by Gea Politi and Giulia Gregnanin. Structured around a series of interviews with crucial…