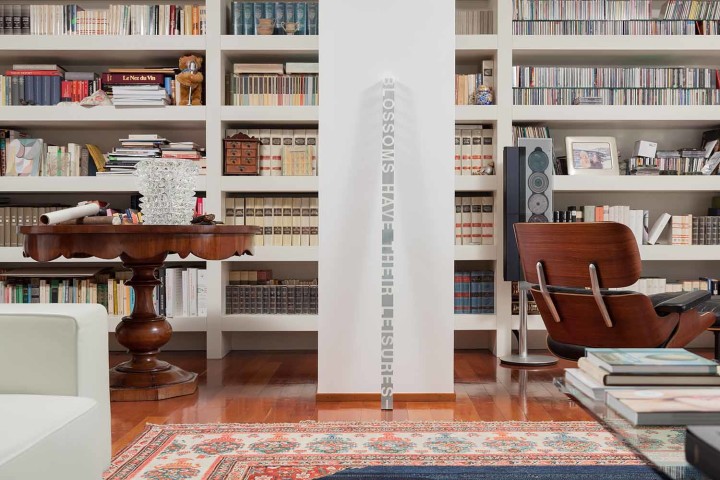 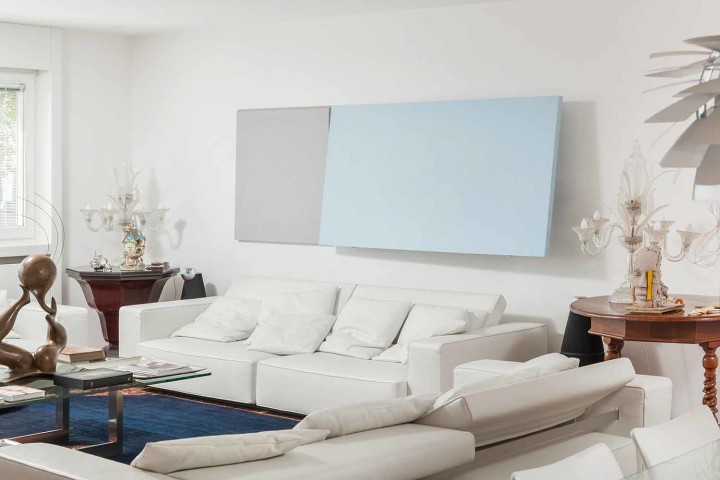 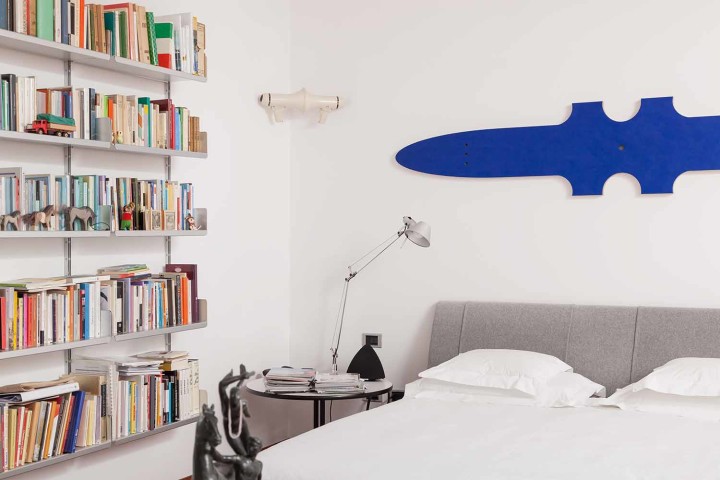 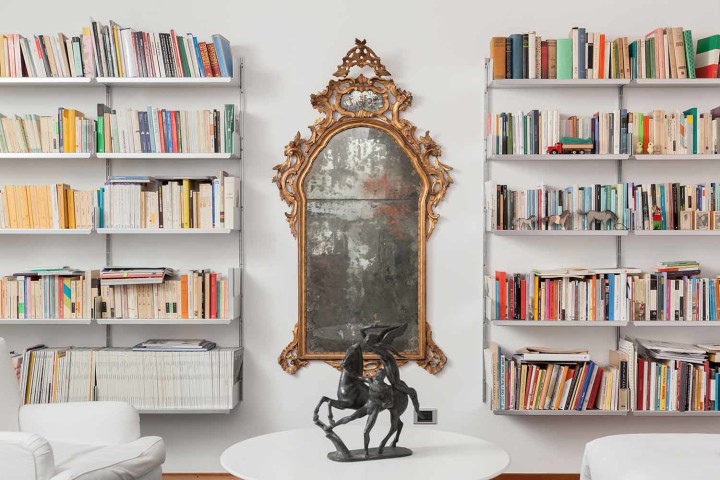 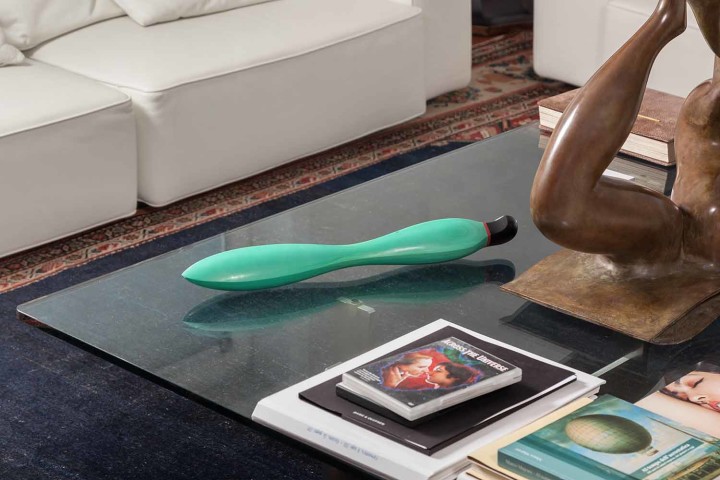 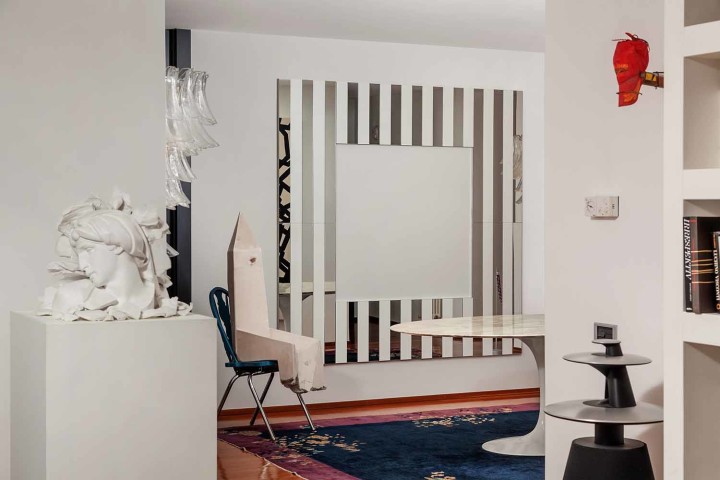 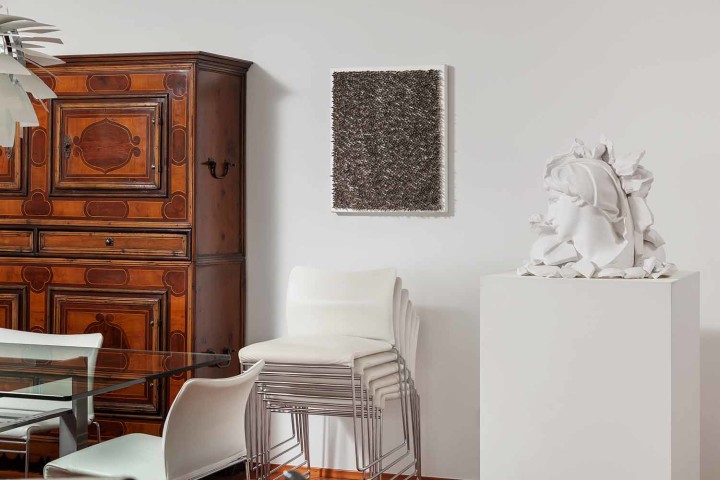 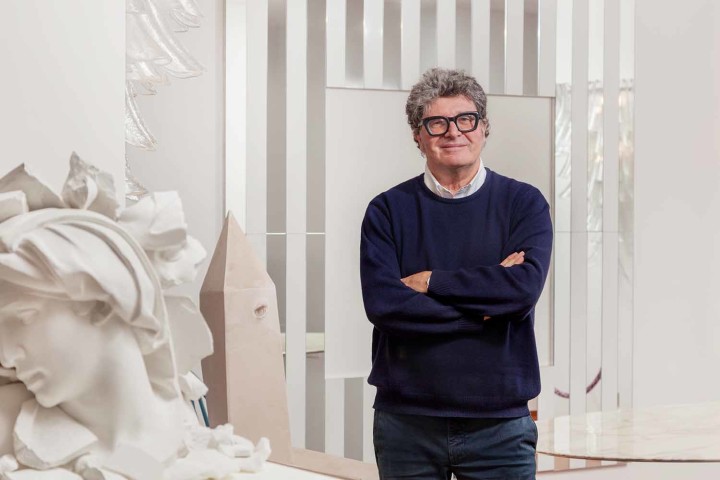 Il Collezionista is a column curated by Gea Politi and Giulia Gregnanin. Structured around a series of interviews with crucial figures in Italian collecting, the column will survey the attitudes, tastes and outlooks that have shaped a wide range of unique collections.

Gea Politi: In several interviews you’ve spoken about art as a passion. When and how was this passion born?

Mauro De Iorio: There wasn’t a real first moment. I suppose I had tendency to think in images; when I think about something, images pass through my mind. That has also conditioned my professional choices: after studying medicine at the university, I decided to specialize in image-based diagnosis.

When I was eighteen, I began to be interested in cinema and to take photos with a Nikon that my father gave me as a gift. In Bologna, at the university, two friends and I set up a darkroom in our apartment; we had to wait for summer to have a stable temperature for color printing. The results weren’t amazing, but we were satisfied anyway. At the time, I was fascinated by David Hamilton’s soft-focus photographs of young girls and tried to imitate him. Being politically engaged, I also photographed the protests and other events I took part in.

GP: In what way were you politically engaged?

MDI: Those were the years of the student movement, and Trento, the city where I was born, and particularly the Faculty of Sociology, was one of the centers of the revolt: Lotta Continua was born there, with Mauro Rostagno, and also the Red Brigades, with Renato Curcio and Margherita Cagol. But my own rebellion began in the 1960s with the hippy movement. It was a behavioral revolution against the reigning conformism and moralism: we really thought we would change the world.

GP: Do you remember the first work you purchased?

MDI: I bought my first works from Massimo De Carlo in Verona. That’s where I got Giulio Paolini’s Orfeo (1976), in 2002, which is still among my favorites. Today I buy works capable of moving me. I don’t presume that they’ll become a part of art history; I just know that they’re part of my own research, and that’s enough for me. I’m interested in young artists because their works allow me to try to understand the times I live in. But I also appreciate modern artists who speak in the language of contemporaneity; figures like Alighiero Boetti, Pino Pascali, Gino De Dominicis, Paolo Icaro, Gianfranco Baruchello, Giulio Paolini.

Giulia Gregnanin: And so we arrive at the two-faced Janus; looking back in order to turn the gaze forward and read the present.

MDI: For me the Janus face isn’t just a question of past and present; it’s also a looking inward. I’m very interested in the metaphysical art of almost ideal pure forms. I love Spalletti’s work, for example, his soft and powdery monochromes. When I look at his work hanging in my living room, I lose myself in the colors; I feel like I’m on an airplane, coming out of the clouds and entering the blue sky.

GP: Are there works you’re particularly attached to?

MDI: The Paolini sculpture, which I already mentioned, is one of the works I love the most. The head broken in half makes me think of duality, a principle I always engage with: extremes confronting each other, yin and yang. And then Andra Ursuta’s sculpture Broken Obelisk (2013): a collapsed obelisk sitting on a blue chair with a sad, melancholy gaze. Another sculpture I love is Untitled 3 (Bronze Bodybuilders) (2016) by David Altmejd, the five hands digging through the surface of the body; my granddaughters call it “grandpa’s monster.” Another “grandpa’s monster” that I really love is Pawel Althamer’s sculpture Filip, which I have in my house in Verona: a skeleton composed of an explosion of bandages that almost make it look like an ostensorium.

GP: I feel like there’s a lot of references to anatomy here.

MDI: Yes, many. I’m particularly interested in works that depict faces in a way that isn’t necessarily realistic but that hints at something else. The art that intrigues me always has a symbolic dimension.

GG: What tools do you use to stay informed, to stay up to date with the flow of information?

MDI: Many. First of all, gallery exhibitions and newsletters, and then art fairs, magazines, recommendations from collector or gallerist friends, but also what I see online. On Instagram, for example, I follow people who can give me information. I’m interested in artists who use the platform to publicize their works; that way, if I see something that interests me, I immediately contact the gallery.

GP: There is often a very pronounced individualism in Italy. How important is integration for you, and the creation of a network among collectors?

MDI: Very. Right now I’m part of the ArtVerona committee, where I proposed to create a collectors’ consortium that would be open not only to the established collectors but also to “minor” ones who may not have vast collections but do have enormous passion.

GP: And how is your relationship with the gallerists?

MDI: Very good. Over time, I’ve established relationships based on respect and friendship. From Massimo De Carlo, a very lively and likeable person, to Giorgia Boccanera, to Massimo Minini and his wonderful family, to Chiara Rusconi [A Palazzo Gallery], to Raffaella Cortese, to name just a few.

GG: The previous edition of ArtVerona ended up being quite in line with the models of collector involvement that you outline: ten collectors were paired with ten young curators, who were invited to give their own reading of the collections. How did the project go?

MDI: Very well. They paired me with Sofia Silva, whom I didn’t know beforehand, and it was an exciting experience. Initiatives like these, which involve various agents in the art world in the same project, are excellent.

GP: What do you think of the idea of the collector as curator?

MDI: I think we have to stop viewing the roles of the curator and the collector as so rigidly defined. I look very favorably on the contamination of roles, on collaboration. It’s also a way to grow.

GG: How would you define your relationship with your local area?

MDI: I think it’s important for a collector to support the art system in their area. Art is a primary need. It’s like the air you breathe, the food you eat: you need it in order to be alive. It’s also an inalienable stage in an educational process. That’s why it has to have widespread local presence and to be available to everyone. Whoever is lucky enough to collect has to contribute to making this system grow. My own reference points are, in the first instance, the cities I live in — Trento and Verona — and then Italy in general.

GP: Do you ever buy or sell at auctions?

MDI: I’m not too familiar with auctions. I’ve bought at one only twice: from Phillips, where I won a Roger Hiorns diptych, Untitled, which was shown by Saatchi at the beginning of his career and now hangs in my studio in Rovereto; from Christie’s I bought a work by Nan Goldin called Gilles and Gotscho (1992–93), a series of four photographs that I’d seen in a museum in Oslo and that, in my opinion, is among the most touching testimonies to the drama of AIDS. But I’ve never sold anything, neither at auctions nor elsewhere. One of my pieces by Danh Vo, bought from Isabella Bortolozzi, went sky-high in value at the London auctions. Everyone advised me to sell it. But it didn’t make any sense to me; the work was part of my narrative, my experience… and it looks great above the sofa.

(translated from Italian by Tijana Mamula)