Minimal art can elicit feedback far beyond artists’ expectations. Paulo Monteiro’s two-gallery exhibition, titled “The Outside of Distance,” serves as an example. Among the works shown at Tomio Koyama Gallery, all produced in the last two years and all untitled, the epitome of Monteiro’s art is a series of small oil-painted wooden blocks running horizontally along the wall.

The ends of each block are painted in colors that contrast with that of their main body: pink and orange juxtaposed with light blue, and so on. They are paintings with minimal composition as much as they are sculptures with little volume — their diminutive stature calls attention to the space they fill. By contrast, a small, thirty-by-forty-centimeter oil on canvas consists of a yellow mound in the lower half apparently applied over a pale blue ground, visible through a single vertical scrape of pigment — an undaub, as it were — balanced by a thick white streak along the top edge. More than their color, form and meaning, the sheer materiality of paint stands out here.

Monteiro wields Misako & Rosen’s temporary exhibition space as a compact showroom for works, again untitled, dating from 1990 to 2016. One wall comprises works on paper; painted bronze bars are mounted on another, along with combinations of small canvases and oil-painted wooden bars. The artist has remarked that “distance has outside and inside,” suggesting something unfathomable about the distance between objects. Yet as seemingly abstract and universal as Monteiro’s concept is, these untitled works fit seamlessly into Japan’s diminutive living spaces, in buildings without numbers on streets without names. 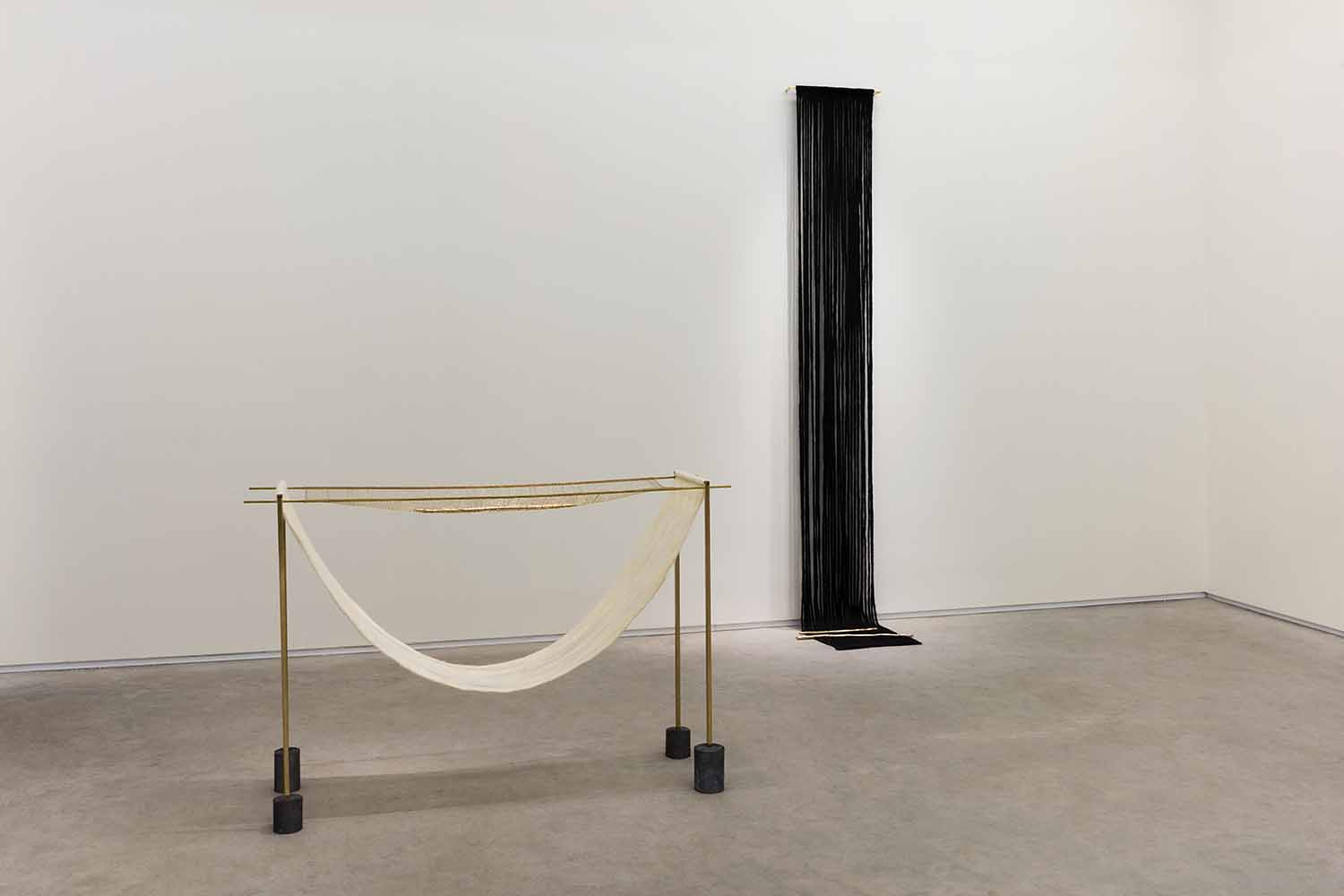 In her second solo show at Mendes Wood DM, Paloma Bosquê presents a new set of three-dimensional works that suggests…