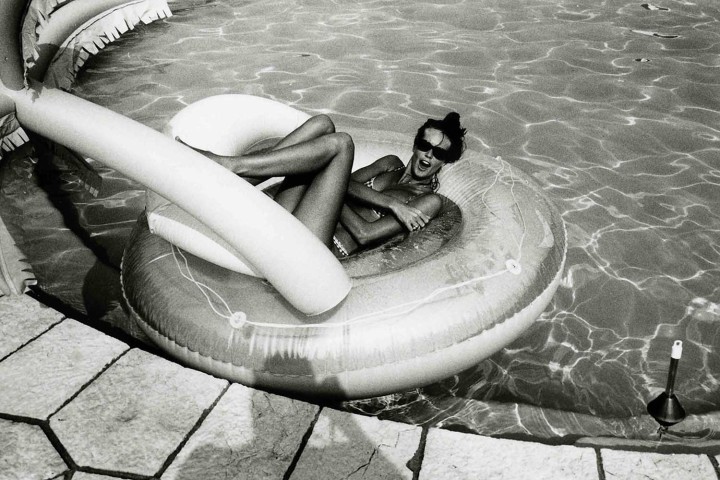 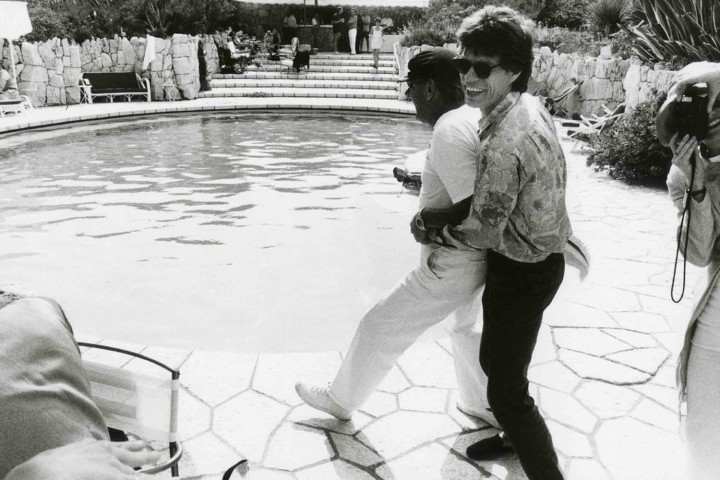 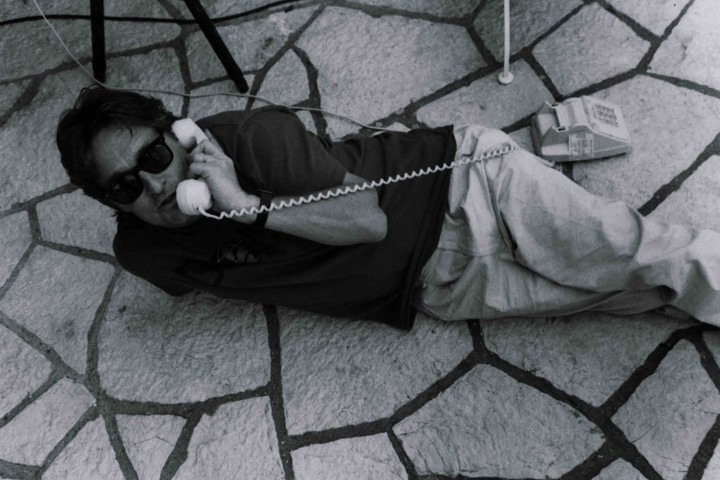 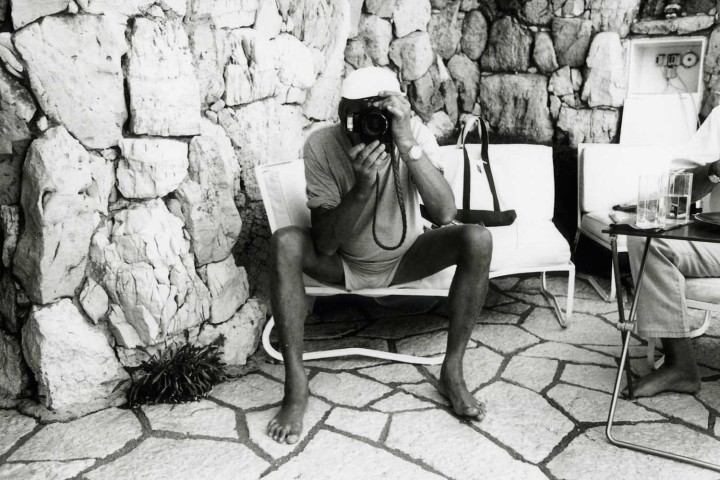 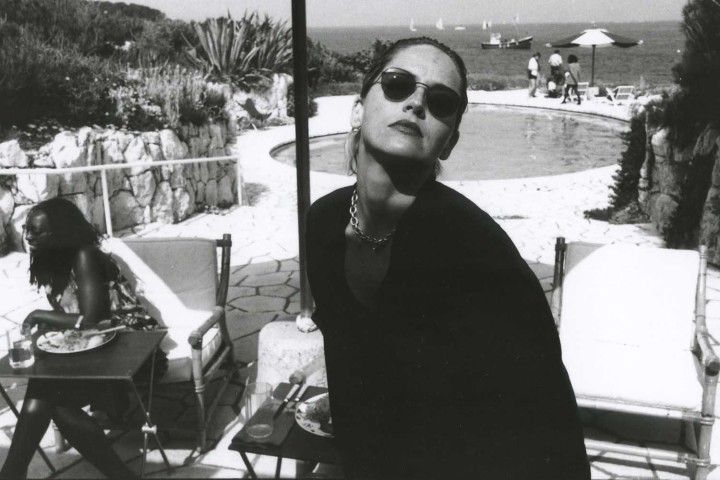 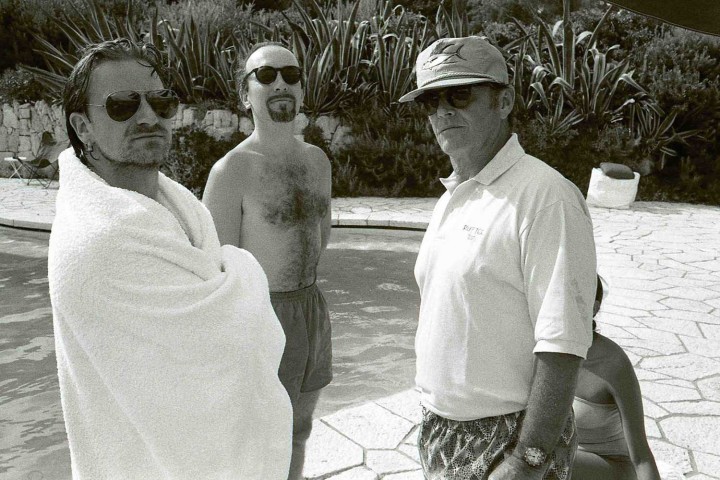 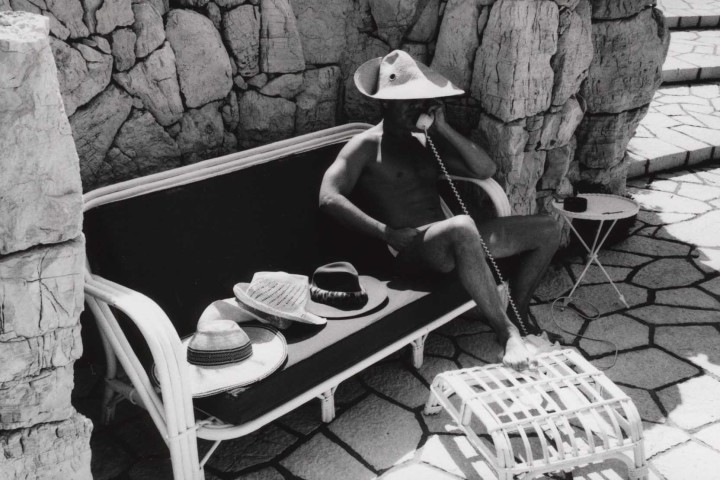 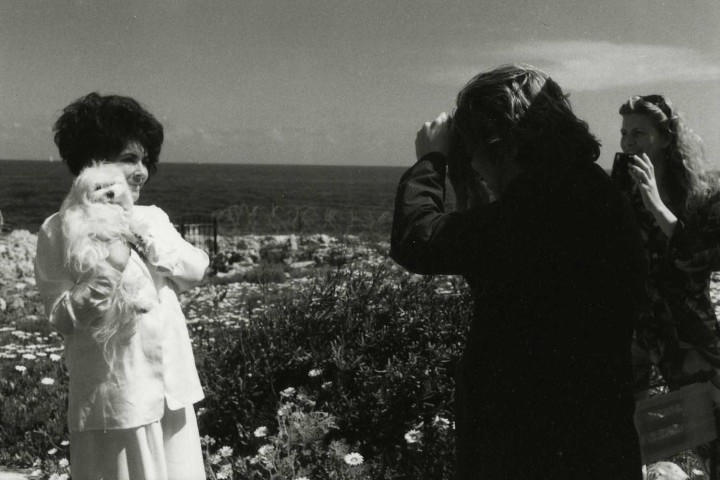 Johnny Pigozzi’s photographs have always had a specific allure – allowing access to pool parties with Bianca Jagger in the 80s or New York clubs with David Geffen a decade on. If it weren’t for the changing fashions and increasing visibility of mobile phones, Pigozzi’s pictures would seem ageless; their medium format and characteristic black and white rendering them permanent snapshots.

In “Pool Party in the Snow”, the title of the show at Gmurzynska Gallery, Pigozzi captures moments around the “blue pool”, of people we have somehow always been curious about, including Geffen, Calvin Klein, and Mick Jagger.

The show features over thirty black and white photographs that offer a rare glimpse into a world that, over the course of the 1980s and 90s, would converge on the Ettore Sottsass-designed pool in Antibes; a world that included Sharon Stone, Elizabeth Taylor, Michael Douglas, Naomi Campbell, Kristen McMenamy and Helmut Newton, among numerous others. In one interview, Pigozzi states: “I’m obsessed by the future. That’s why editing my photographs is painful. Even if the picture was taken three days ago it’s already the past and I’m not interested anymore”.

He got his first camera at the age of ten, a Leica that had belonged to his father. It’s a brand he still uses today for its convenience. For Pigozzi, photography is a way of maintaining a journal, yet one he doesn’t necessarily go back to; a way of freezing a memory before it’s gone.

Reading his words: “When you’re an obsessive collector, you collect friends, companies, and art” – while examining his pool inflatables – you want to cry out like Charles Baudelaire: “Hypocrite collecteur, – mon semblable, – mon frère”. 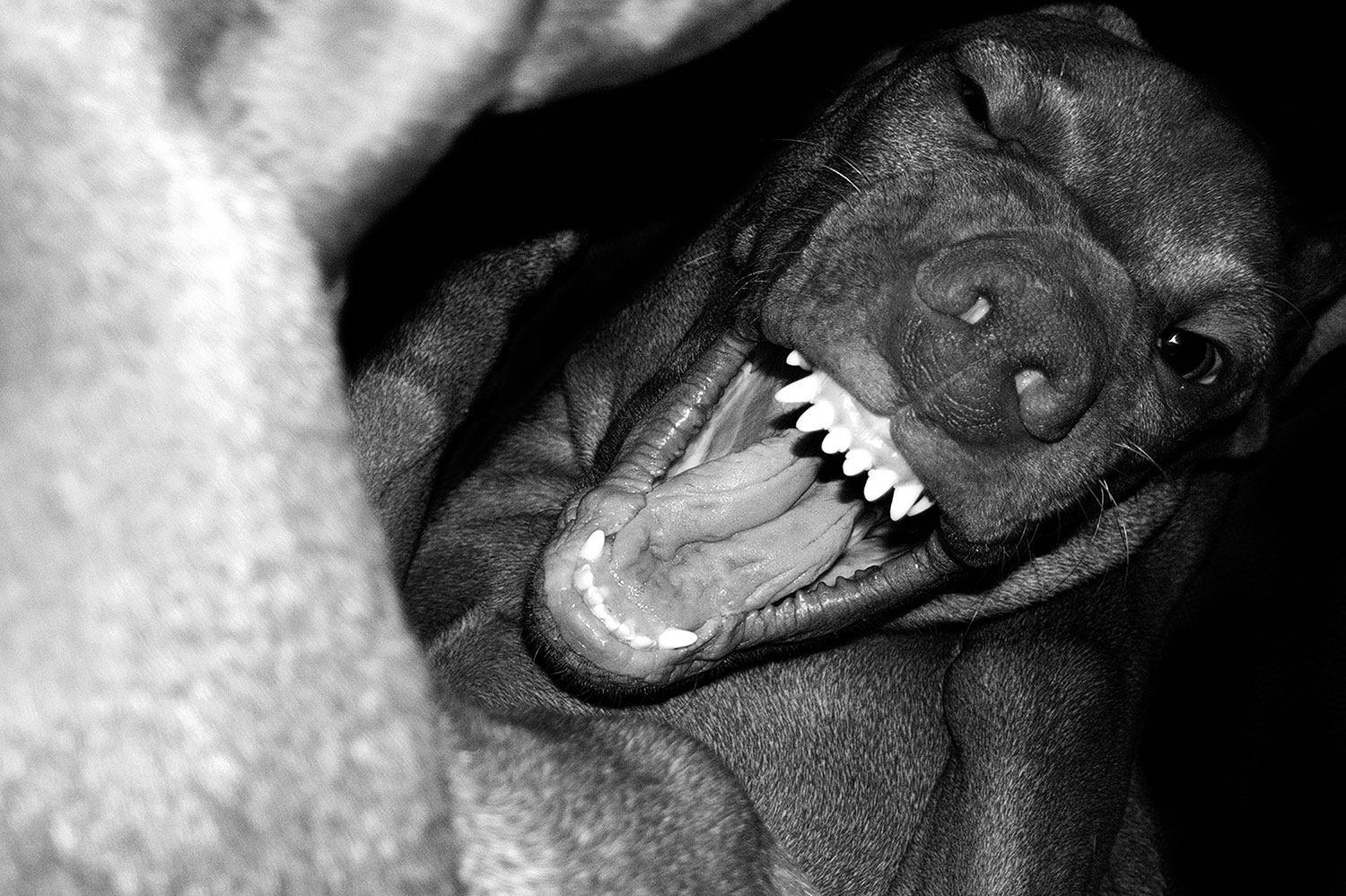 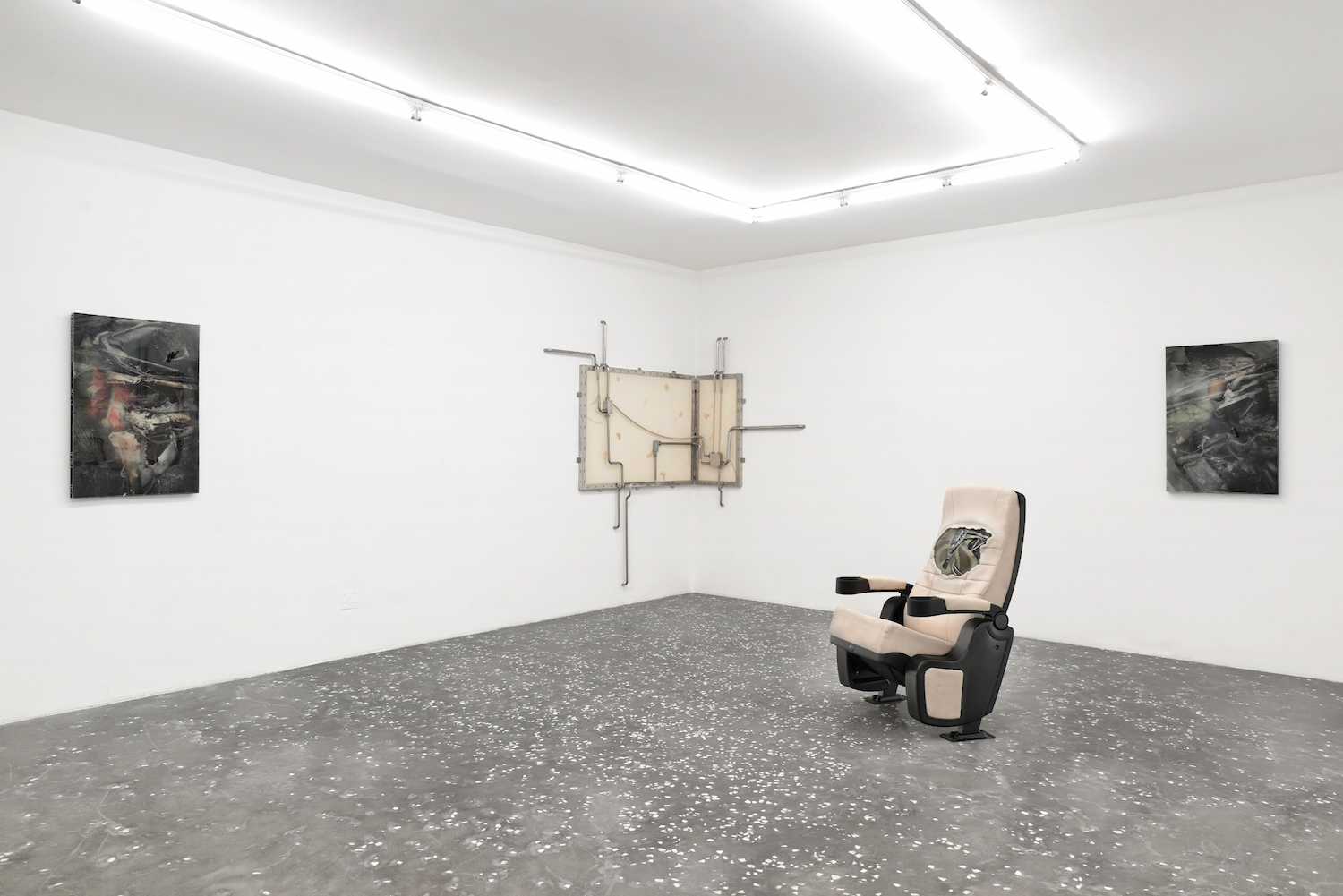