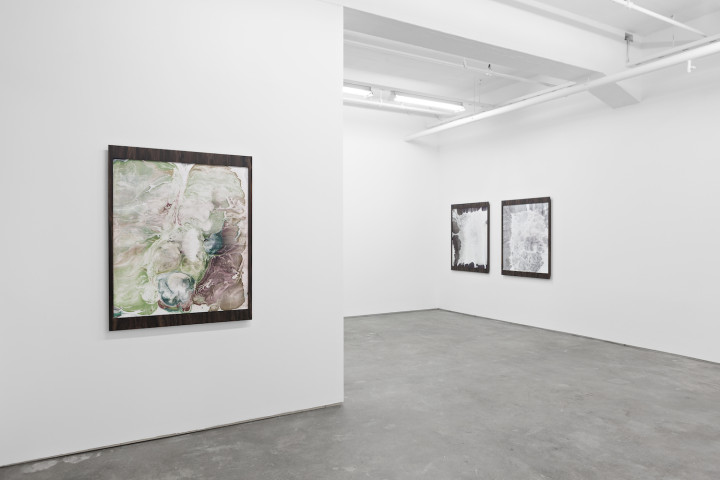 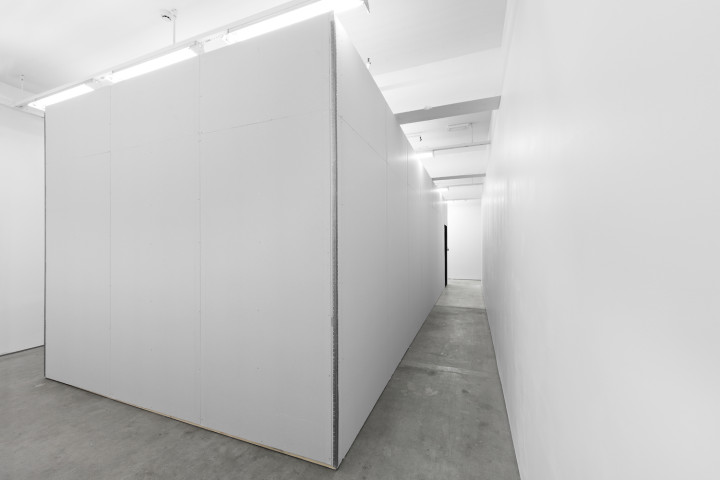 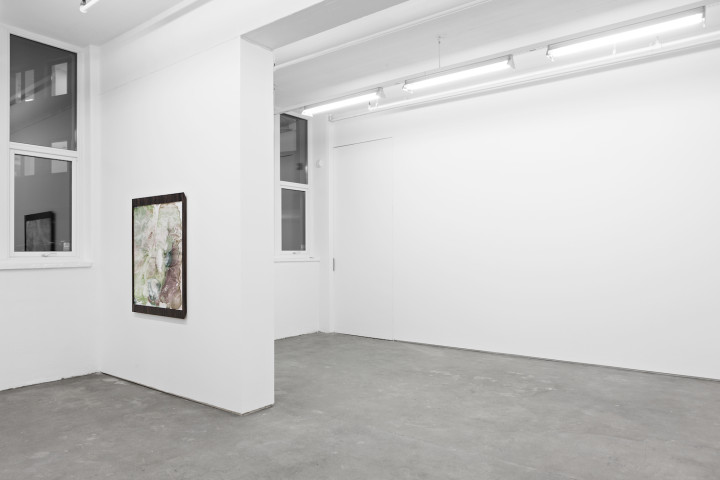 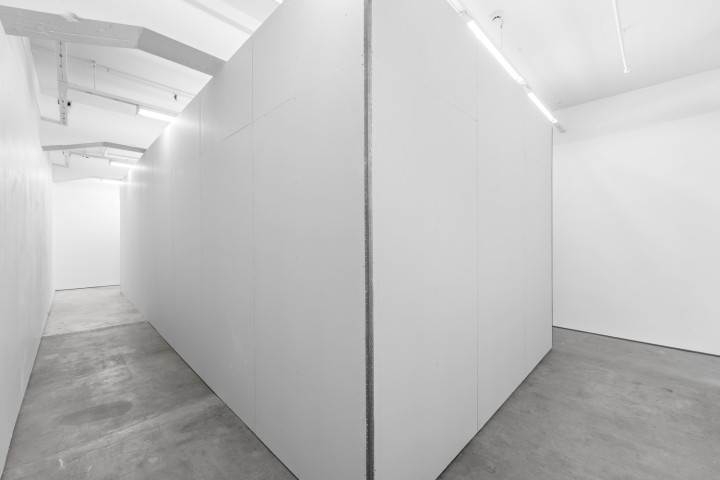 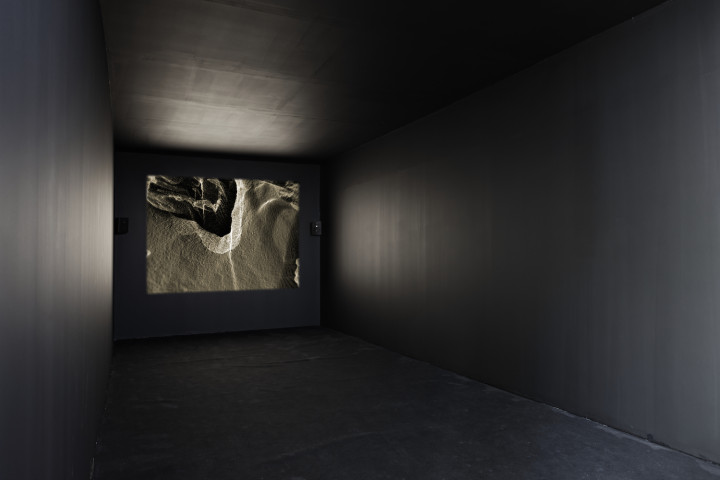 Sometimes even what appears to be knowable is ever-changing. Emily Wardill’s exhibition “The Palace” brought together paintings and a video work to explore the pervasiveness of flux and movement; materials finding or evading form in a process of becoming, or undoing.

Having already created a number of experimental films, Wardill’s most recent work looks at the nature of memory, imagination and language’s limitations, as represented through the strangeness of images. Her video The Palace (2014) presents a barely recognizable monochromatic landscape and posits the idea of a memory palace — a technique using spatial visualization to recall information. Overlaid is a narrator’s voice describing an eye condition in which only one type of cone cell is stimulated in color vision. We navigate a homogenous space that feels strangely familiar; structural yet defying finite form. Is this an architecture of the mind, a dreamscape? One surface merges into another, as if dust has settled, devouring definition and depth.

The potentiality of imagination and its use-value in the formation of memory is suggested, as the narrator tells of how there was “nothing to sustain it but our imaginings… the beauty was it was undefined.”

Outside of the constructed room in which the film was shown — itself a navigable space that the viewer could both walk around and enter — four marble ink paintings were displayed, inspired by Sergei Eisenstein’s writings that describe fire’s ever-changing form. Solid wooden frames with organic ring patterns reflect swirling, mottled surfaces of red, green, black and white. Each emerging shape recalls oil floating upon the surface of a puddle, tiny rivulets forming by chance (the artist releasing any active control in their making).

Although abstract, these patterns felt recognizable, reminiscent of organic matter or cosmological images. As with the film, they are characterized by a sense of instability. Wardill seems to play with the idea of constantly shifting perspectives, beyond any general notion of collective or common sense, to explore the idiosyncratic potential of our imaginations and the intriguing images that might result. 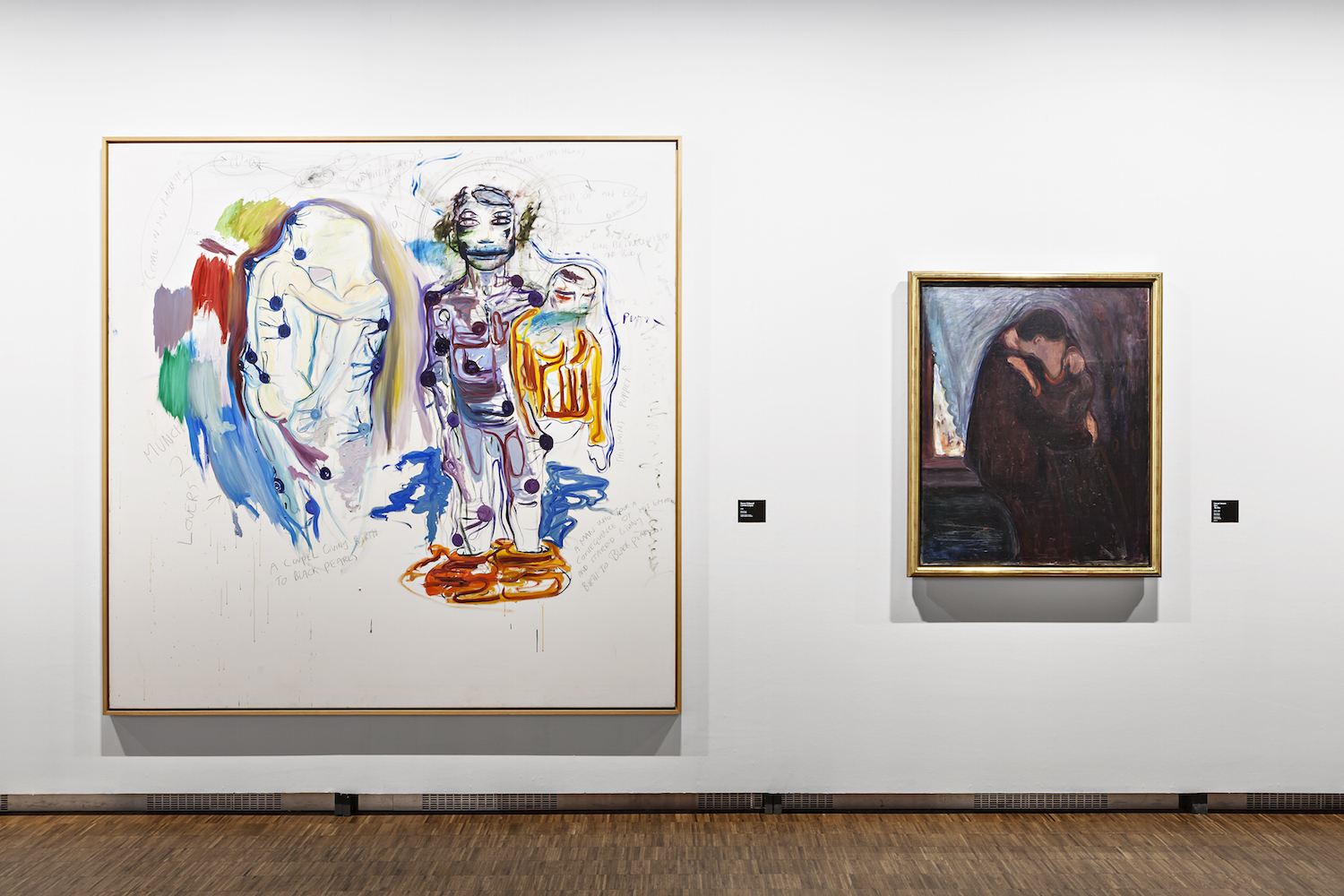 What happens when a painting comes to define a nation? You cover it up. Such is the case with The…