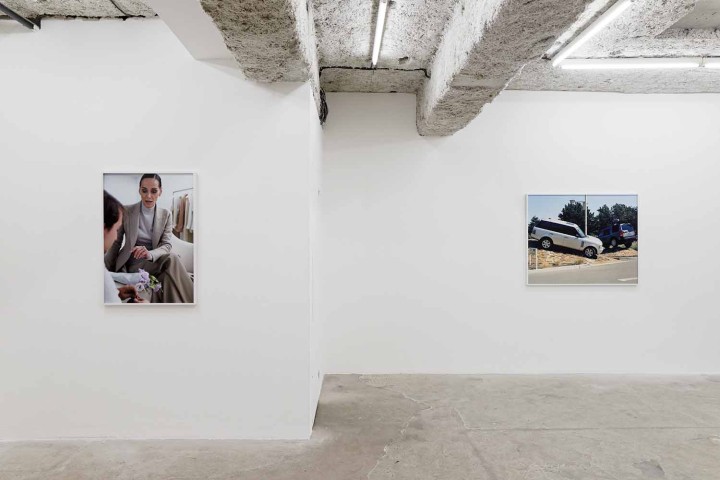 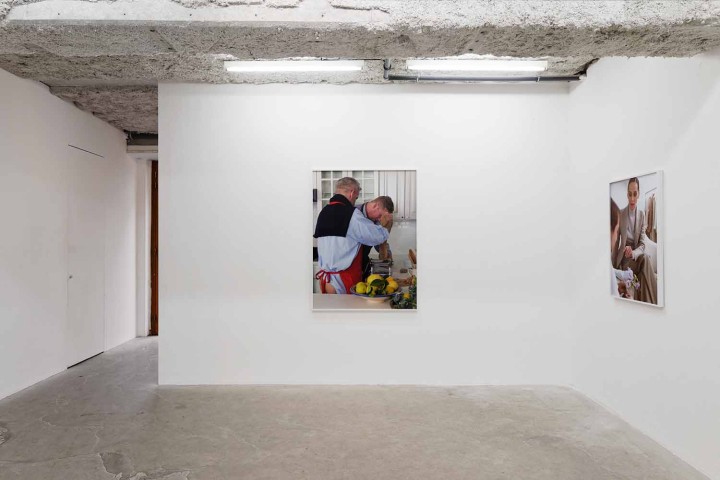 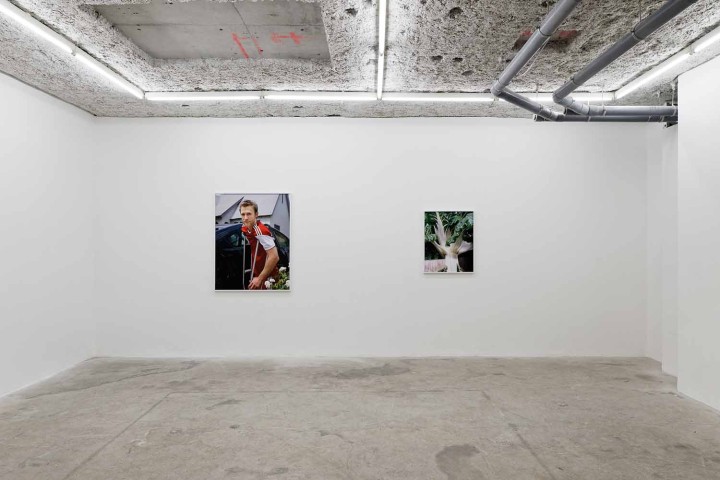 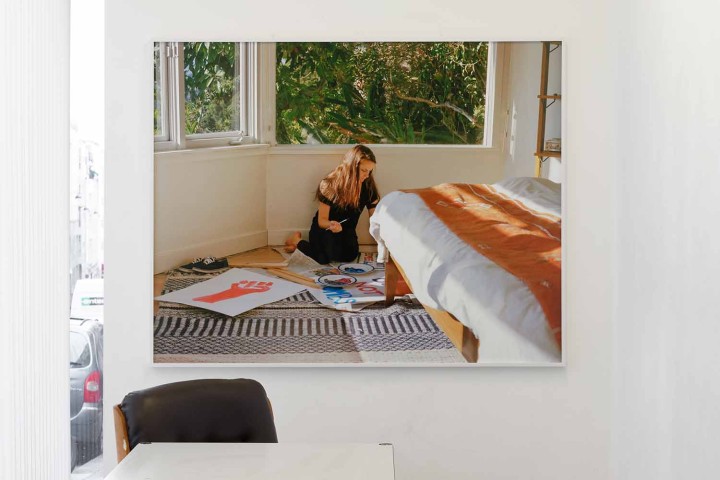 With dark hair pulled back in a severe bun, a woman dressed in a gray tailored suit with a chic notched collar waits on a soft ivory sofa by Pierre Paulin inside what looks like it could be a Céline boutique. A mauve bouquet separates her from what might be a sailor.

In another of Buck Ellison’s photographs, a gay, middle-aged couple is cooking. One of them is naked beneath a light-blue Charvet shirt and a red Perigot apron. The other makes toast. The kitchen is bright, augmented with organic citrus and surely surrounded by a delicate Liszt sonata. Welcome to Wisteria Lane.

In “Louisa,” the first Parisian solo show of LA-based photographer Buck Ellison, each photographic scène-de-genre embraces contemporary codes of upper-class taste and wasp residential lifestyle choices. With a disposition somewhere between wide-eyed fascination and disgust, Ellison’s gaze gains in social satire what it inevitably loses in impartial distance. Portraiture here is deployed mostly through objects and patterns that function as manifold “habitus apparatus.” The form is utterly clean and seductive, like any good fashion shoot charged with light antidepressants. Think of Tina Barney’s depictions of European aristocrats, or Catherine Opie’s glittering and melancholy series on Liz Taylor’s Bel-Air mansion. Combine Tom Wolfe’s corrosive tone and Balzacian ultralucidity with the bitter-but-nonetheless-delicious taste of the royal pomelo cocktail at Spago.

One sleekly framed composition shows two poorly parked SUVs awaiting their owners. The kind of owner who likes to pick up eight-dollar blueberries or kale, occasionally enjoys nouvelle vague cinema and has kids who study clinical psychology in Palo Alto. The same kids that you can see in others pictures, preparing Sister Corita Kent–inspired agitprop or hanging out with skater friends whom Dior’s casting director would appreciate. Chardin shops at Whole Foods and Bonnard reads Architectural Digest. Both are alive and well in California.