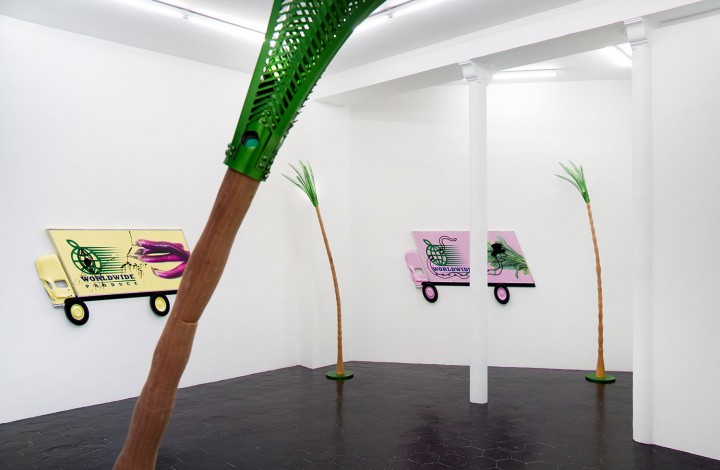 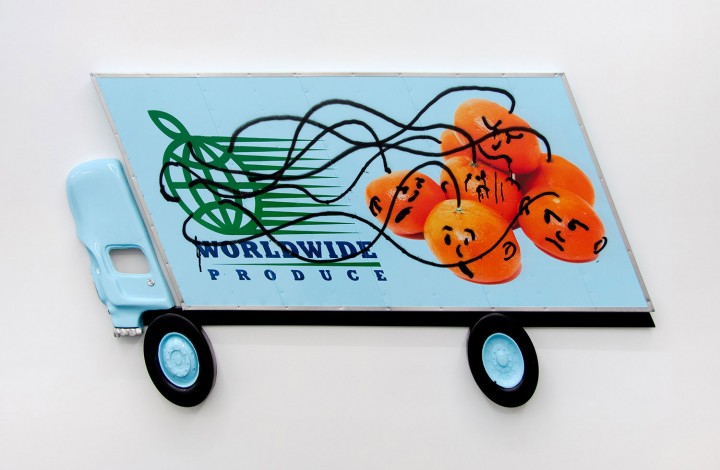 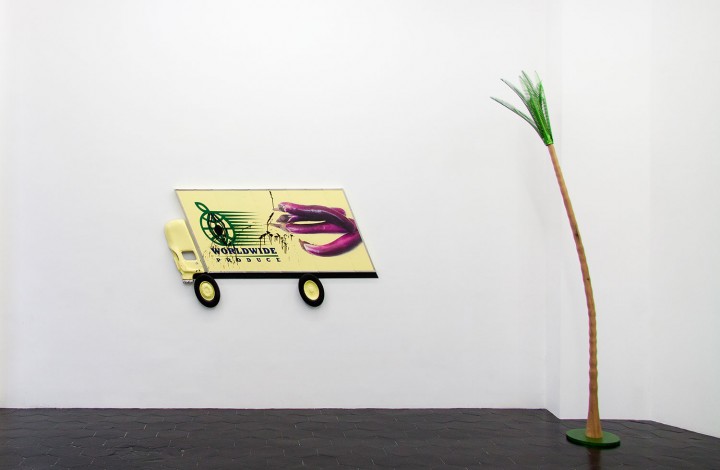 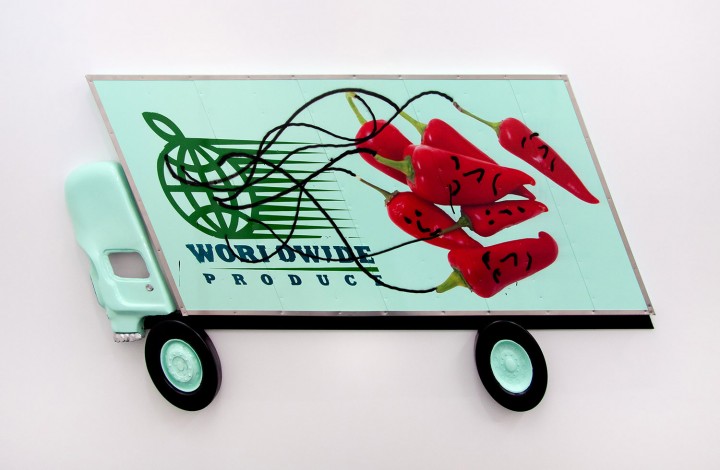 “Wind Parade,” inaugurated at High Art gallery, is the latest entry in Pentti Monkkonen’s trans-alpine exhibition trilogy devoted to his “Box Truck” paintings. Previously presented at Truth and Consequences, in Geneva, and Hacienda, in Zurich, the works are relief sculptures that replicate side views of trucks. They display enigmatic branding that has been partially covered with graffiti tags. If these cartoon trucks at first echo Tom Wesselmann’s shaped canvases, the skull head suggested by the silver teeth on the front bumper put them closer to Maximum Overdrive, Stephen King’s 1980s sci-fi slasher movie.

The aerodynamic trucks parody the Californian food suppliers Worldwide Produce, thus helping erode the Los Angeles-based myth of the luxurious ecotopia: a world that sells avocado/quinoa salad as the new junk food. The pastiche of “glocal” marketing is accentuated by sad anthropomorphic vegetables, rendered with a few strokes of black spray paint. Bent plastic palm trees are scattered throughout the space. The fascination for freeways can be traced back to Monkkonen’s neopaganist Herfhaf-Maahaf Ceremony (1997) inspired by J.G. Ballard’s novel Concrete Island. In this performance, a group of people perform an ode to the freeway inspired by African rituals. The procession culminates in the installation of a Control Tower in the intersection of two roads. A few years later, this urban liturgy was followed by the realization of a skull car prototype and a duo of Swan and Duck mini-motorbikes that are now part of the Hammer Museum’s collection.

Until recently, Monkkonen’s interest in highway aesthetics and alien architecture was bound to a technical heroism. From the conception of props for the Baldwin Hills Space Agency to his reproduction of various vernacular features from the Renaissance to L.A “duck” architecture, his activities coalesced within a studio-based practice. While still relying on Los Angeles tropes, this series is more engaged within the nexus of street materiality and digital procrastination.