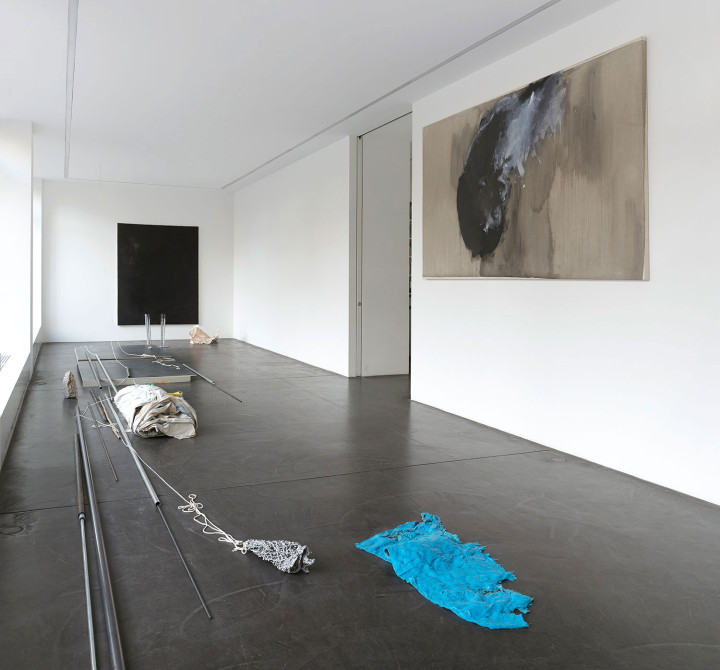 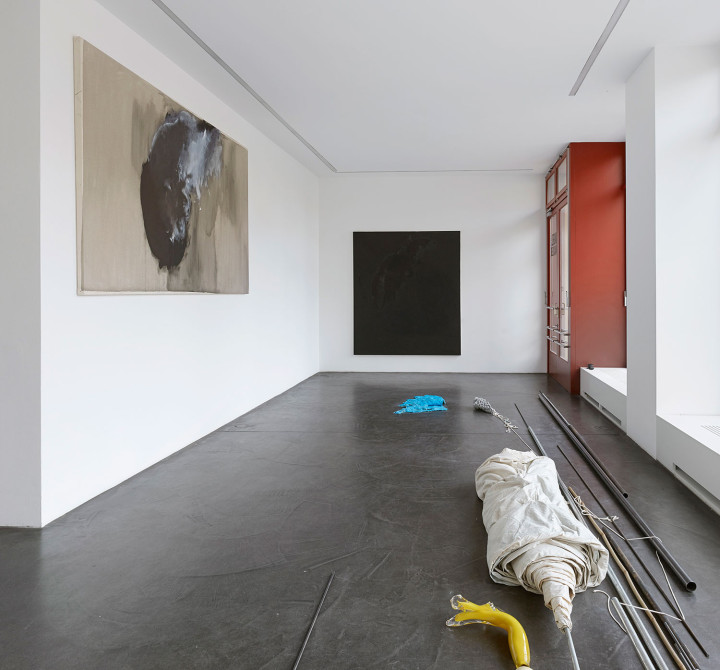 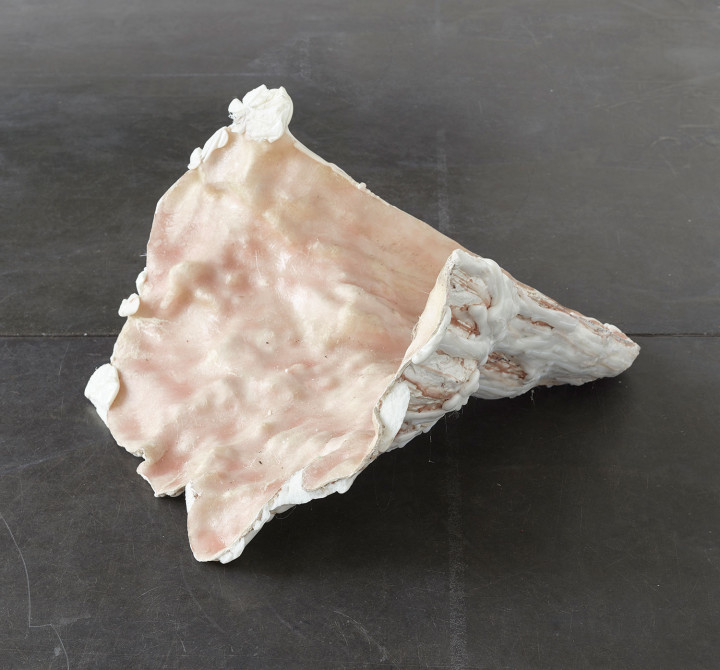 Through the windows of Nagel Draxler gallery, Lone Haugaard Madsen’s exhibition “Raum#334-Kemp” looks like the spoils of an eccentric, archaeological dig. This first reaction doesn’t promise a novel experience, but Haugaard Madsen’s show is slow art for a very fast time.

Given lingering attention, it appears as a constellatory poem in which the act of preservation is always also an act of alteration. The installation is arranged around two black wooden platforms placed on the floor. Next to them is a large canvas bundle, wrapped around one of many long metal tubes. These relics, and the many others that populate her loose installation, came from a Viennese theater decoration workshop: the black platforms were once a stage, the bundled canvas apparently a painted backdrop. A rope is loosely tied through all of the oddments, tracing invisible kinships. With the undisturbed objects counterpointed by subtly augmented ones, the exhibition’s resonance grows more complex. A loose fragment of netting, for example, appears on close inspection to be cast from aluminum, while a fiberglass casting mold, slathered in layers of flowing wax, mimics an aberrant oyster shell. In these moments, material realism cross-fades with illusion. But the most curious effect comes when these found objects are symbolically linked to the breathing human body of their makers, through the inclusion of several amoebic blown-glass shapes. In these objects, color is embalmed by crystal transparency.

It seems as though Haugaard Madsen hears voices emanating from deserted materials. These whispers speak to our strange reverence for objects, and how that reverence depends on the theatrical rituals of contemporary art — from rhetoric, to the careful stage setting that takes place in galleries, to sophisticated acts of manipulation. Sometimes, these nuanced meanings are threatened by an overplayed melancholy. But this problem is confined to three large, brooding paintings, in which forgotten images are suppressed by dense applications of earthy oil paint. Otherwise, “Raum#334-Kemp” unfolds with slow nuance — encrypted, but hardly esoteric.