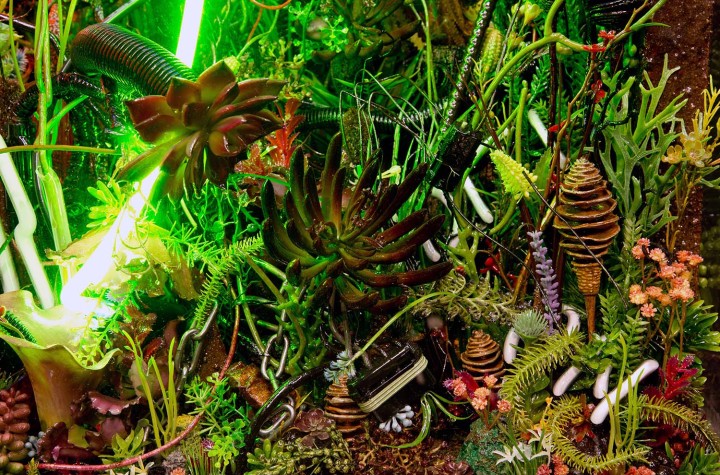 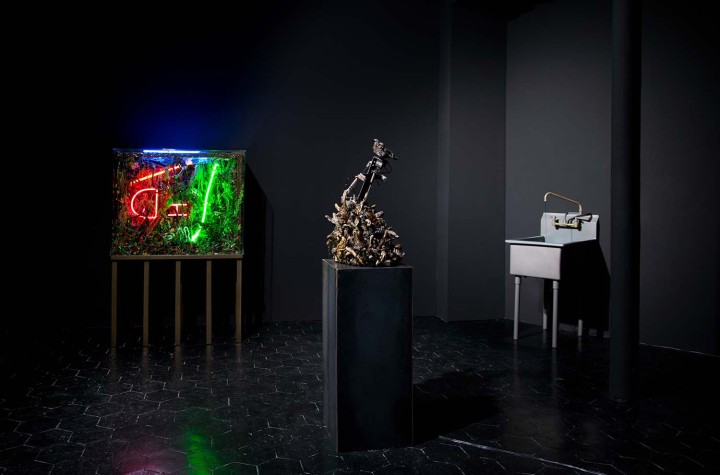 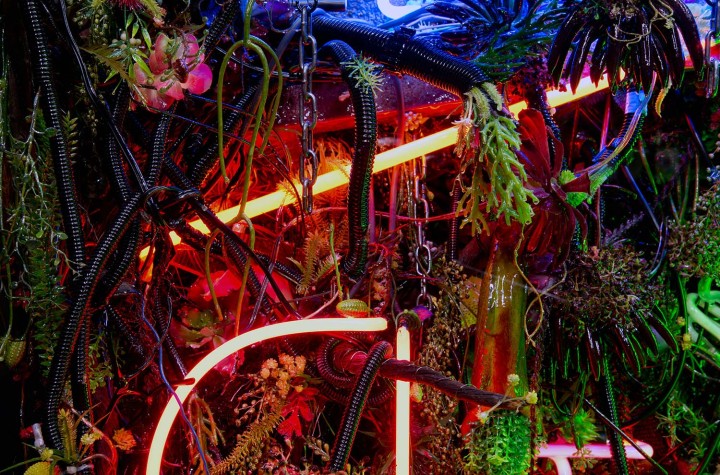 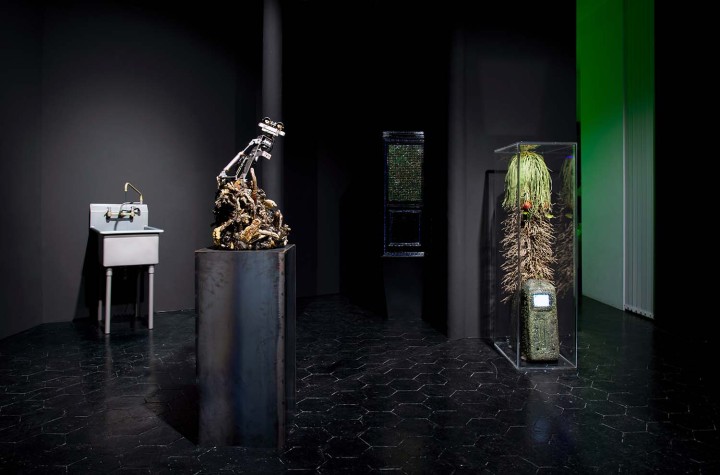 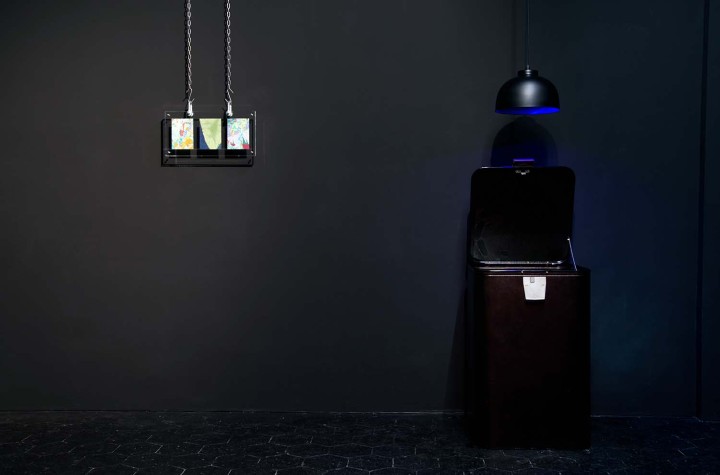 Amid this delirious wasteland a vivarium is luxuriously filled with tropical plants and a neon sign that reads “virus”; a menacing bird “skeleton” elliptically follows the visitor’s movements; and a dishwater has been transformed into a nuclear aquarium for UV-reactive, genetically modified fish. As in the forests of Chernobyl, where radioactivity continues to generate a high level of abnormal decay in microbes, fungi, trees and birds, some species have found in this haunted arcadia a paradise. As his mother says in the press release, “Violence generates complexity.” With a highly delectable and baroque approach, Schneider visually orchestrates the difficult shift from anthropocentric hubris to a non-human perspective. Here, the Spinozian concept of monadism is assumed through a poisoned eye-candy tone. The proximity with Tetsumi Kudo’s toxic landscapes and the tortured flesh of Paul Thek is blatant. We can also think about the theatrical aspects of Robert Gober’s work. This spectacular aspect is combined with a hidden layer, a low-key dimension where the dark shades of green are slowly transforming these micro-worlds.

The sink installation with its anxious melody of a running faucet and its indecipherable surface perfectly exemplifies the visual ambiguity of these hybrid systems. Here, inputs have been promptly managed, whereas outputs remain in a state of deep opacity and unpredictability. Are his experimentations a land of Cockaigne or a theater of desolation? Do we face an irreversible alteration or possibilities of endless resurrection? In Max Hooper Schneider’s world, nature seems to not need us anymore. 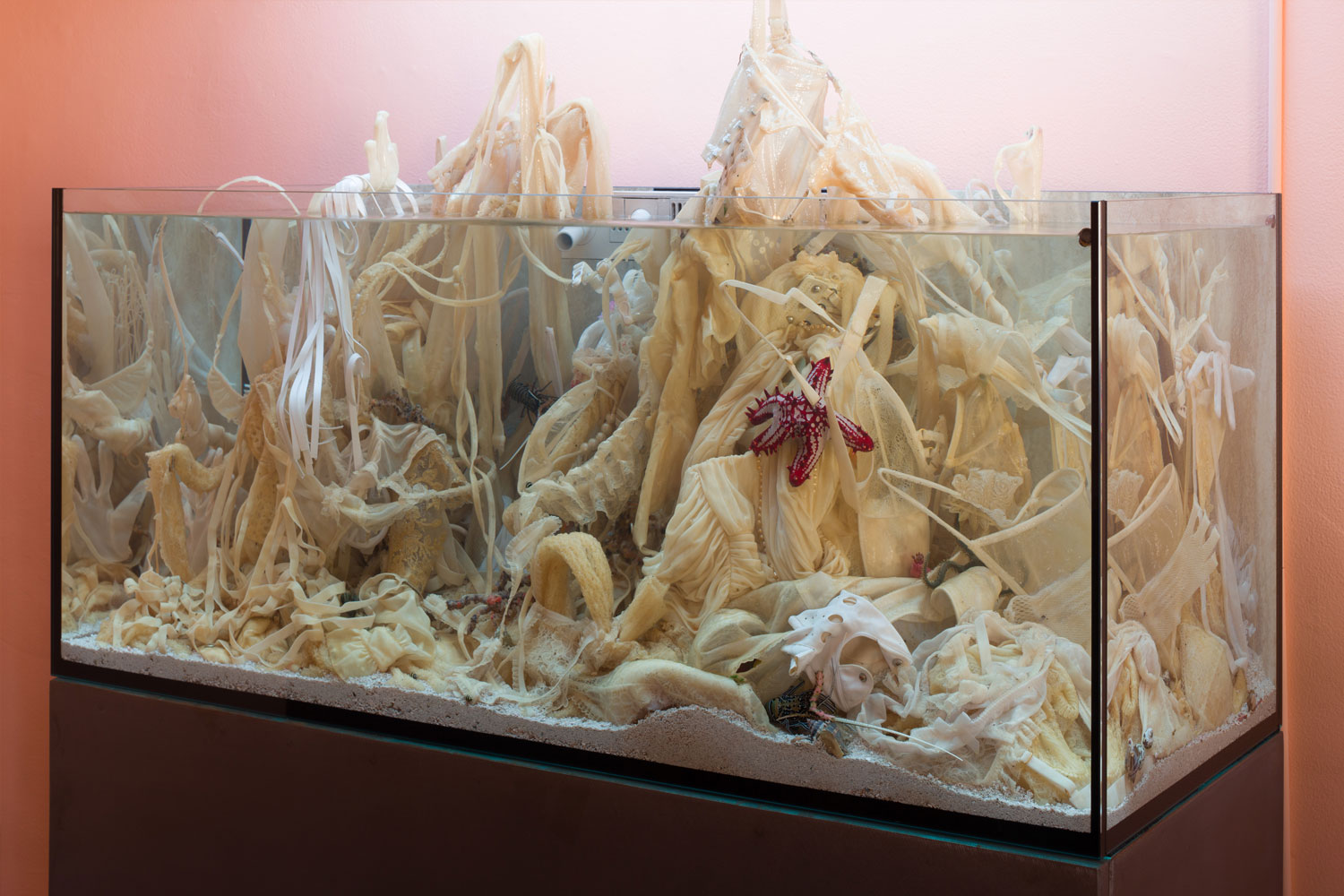